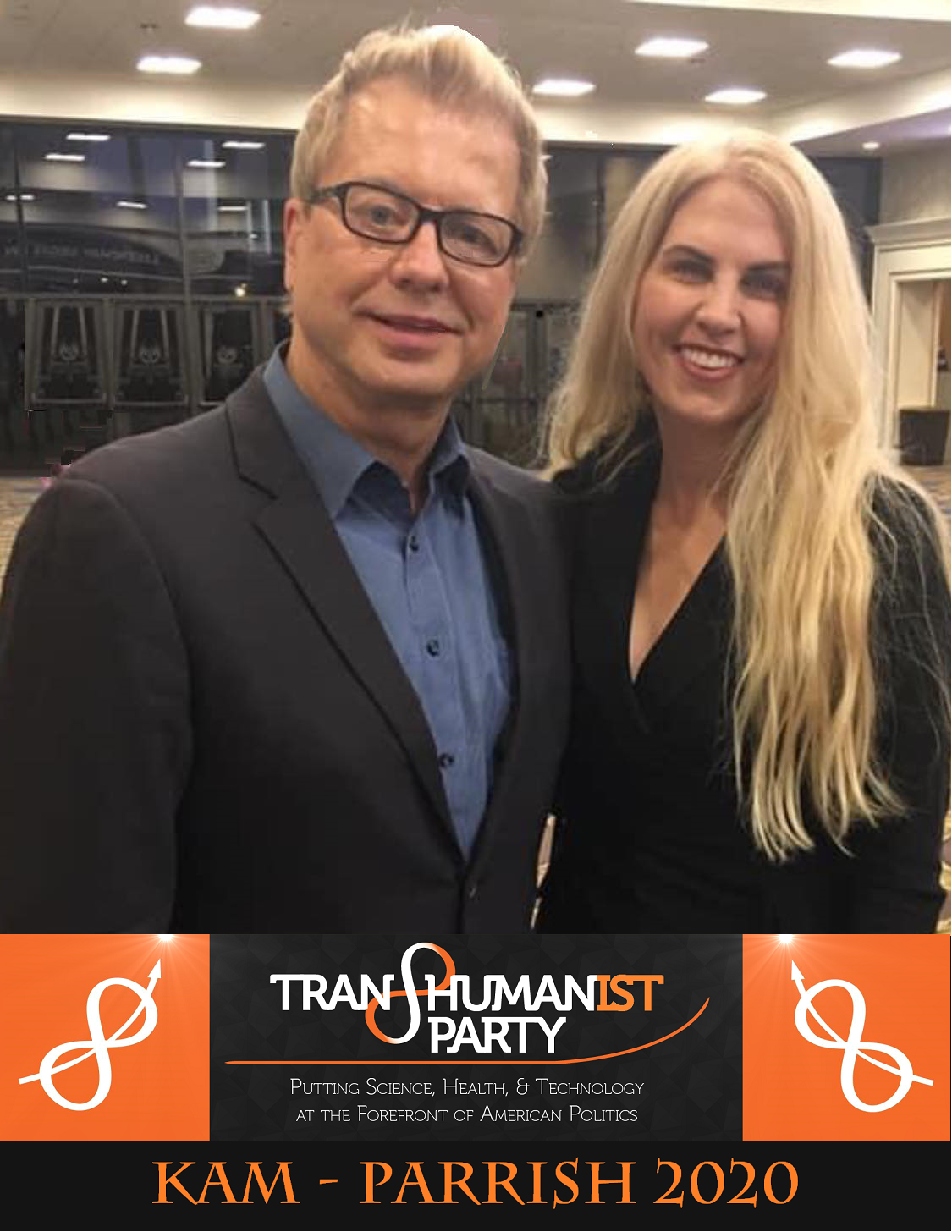 Kam believes that UBI is inevitable, because sooner or later automation will take away most of the human jobs.

“I don’t think of it as of a socialist policy. People can call it what they want… But it’s something that needs to be addressed” – he says.

The presidential candidate also suggests that developing 3D printers is a way to fulfill human needs. Looks like using 3D prinetrs to mass produce goods is on his agenda for the economy revival. Even though Kam doen’t know how to fund the UBI program yet, he believes that technological innovations will take care of it in the future.

Kam has also addressed the issue of crowd violence, condemning police brutality during his speech at the Virtual Enlightenment Salon. He believes that riots will continue until people receive UBI. According to Kam, waiving the mortgage contingencies is not a permanent solution to shooting and looting, but UBI is.

The U.S. Transhumanist Party leader, Gennady Stolyarov II, has recently called for the acceleration of efforts to eradicate police brutality against civilians, unless they pose an imminent threat to human lives. The party expressed alarm at the troubling events in Kenosha, Wisconsin, which began with the tragic shooting on August 23 by police of Jacob Blake, and which was followed by shooting and looting.

Charlie Kam is supporting the party’s effort to eradicate the crowd violence and police excessive force.