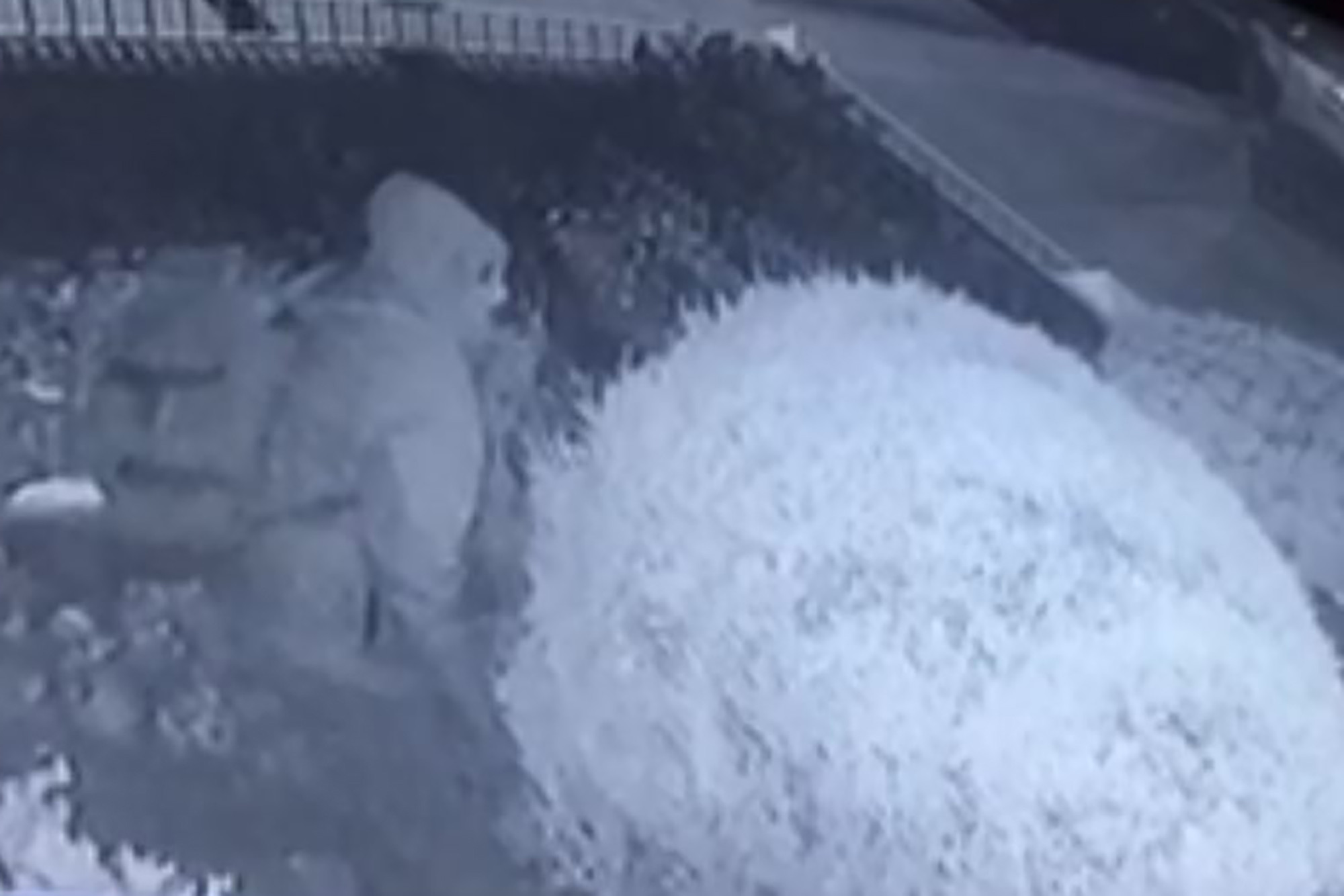 A serial Yuletide bandit is ruining the holiday season in the Brooklyn neighborhood of Kensington by swiping several residents’ Christmas lights and blow-up Santas in the dead of night.

“It seems as though he is the modern-day Grinch!” said Helena J., whose $180 inflatable reindeer was stolen from her front yard at 3 a.m. on Dec. 3.

“The kids are sad that Rudolph is gone. Why would someone want to take Christmas from them?” asked Helena, who wanted to use only her first name, fearing another strike in retribution by the thief.

Residents believe the same masked bandit has taken lights and inflatable ornaments from outside homes in the area of East Fourth Street and Avenue C for years.

At least five residents told The Post they’ve had Christmas decor stolen between Dec. 3 and Dec. 11.

“He’s fearless!” said Vaccariello’s daughter Danielle, who lost a set of white Christmas lights to the thief. “He doesn’t care and he knows there are cameras out here.”

The thefts have been the buzz of the Kensington community Facebook page in recent days, where victims have been comparing notes and conspiring to catch the crook.

The same figure, carrying a backpack with his face covered with a mask or scarf, has been seen on surveillance cameras, locals say.

“I have so many cameras but this guy definitely knows what he’s doing. He jumped over the fence,” said John Delacruz, 47, who lives at East Fifth Street and says the thief took an $80 animatronic present decoration and a small penguin from him last week.

On Saturday, the thief stole an inflatable Cookie Monster from another family on his street.

“Now we’re scared to put anything outside,” said the mom, who owned it, Diana C.

Gregory Wold, 46, lost a snow-globe ornament to the crook last year — but is taking preventative measures this year.

“I’m putting a fence up this week,” said the East Fifth Street resident.“This year, he has gone everywhere so hopefully, we catch him.”

Two residents, Helena J. and Vaccariello’s daughter Danielle, have filed police reports for stolen Christmas lights or lawn ornaments at the 66th Precinct station house since November, according to the NYPD.

Cops said they’re still canvassing for footage of the creep.

Veganism could 'qualify as a protected belief'

Yankees close to getting J.A. Happ back
World News