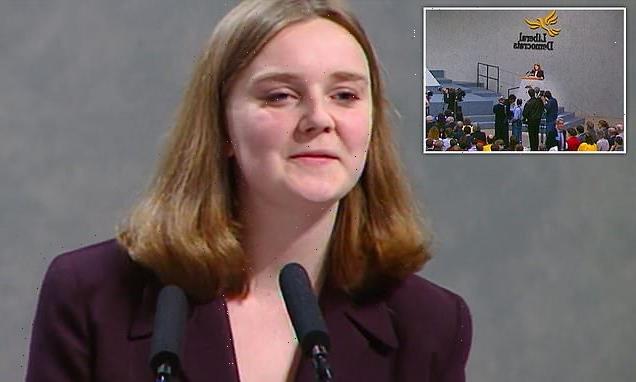 A 19-year-old Liz Truss was applauded by the Lib Dem conference in 1994 when she advocated for a motion calling for republicanism in the UK.

Miss Truss was recorded speaking about how she surveyed a ‘reactionary-looking’ trio of voters who told her that they had had ‘enough’ of the Royal Family.

The Foreign Secretary, now 46, who used to be the leader of Oxford University’s Liberal Democrats has recently said she now understands that the Queen and the rest of the Royals are ‘key’ to the success of the UK.

She became a Conservative in 1996, and is now in the final two of the Tory leadership campaign to become Prime Minister along with former chancellor Rishi Sunak. 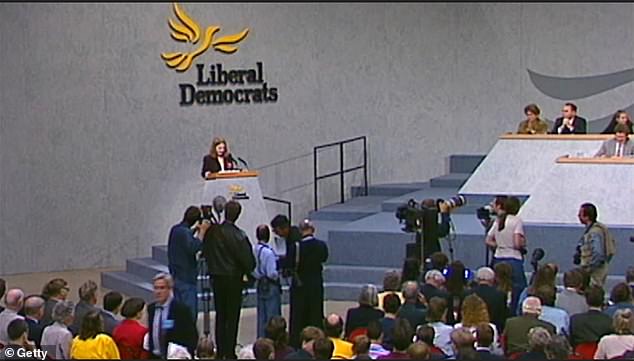 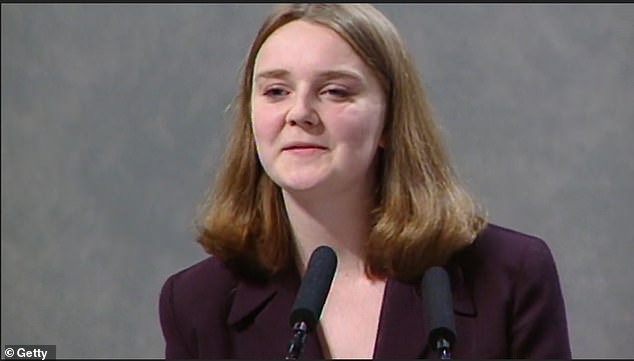 In the clip shared by Newsnight this evening, Miss Truss told the conference: ‘We Liberal Democrats believe in opportunity for all.

‘I was being interviewed by Newsnight earlier this afternoon and we were filmed asking members of the public what they thought about the Monarchy.

‘We came across a group of three people. I’d say they were around 50, 60 [years of age]. [They] looked fairly middle class, rather smart and in fact rather reactionary to be perfectly frank.

‘We asked them they’re opinion of the Monarch, do you know what they said? They said: “Abolish them. We’ve had enough”.’

She also went on to say during the same speech that she agreed with former Lib Dem leader Paddy Ashdown on the Monarchy.

‘I agree with Paddy Ashdown when he said: ‘Everybody in Britain should have the chance to be a somebody,’ she said in Brighton.

‘But only one family can provide the head of the state. We Liberal Democrats believe in opportunity for all. We do not believe people are born to rule.’ 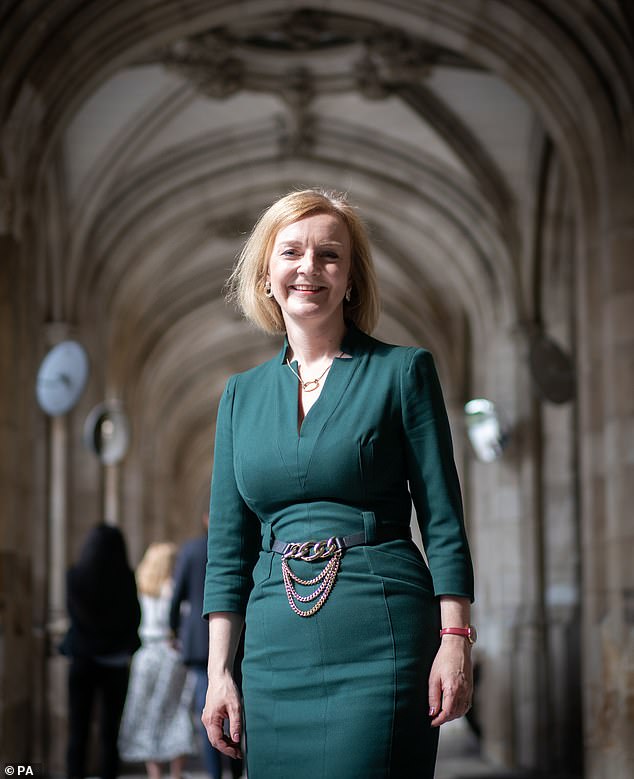 Favourite: Liz Truss, pictured in the House of Parliament after she saw off Penny Mordaunt to make the final two in the Tory leadership contest

When she was quizzed by the BBC’s Nick Robinson on her former wish to abolish the Monarchy, she said: ‘I think it’s fair to say that when I was in my youth I was a professional controversialist and I liked exploring ideas and stirring things up.

‘And I came from a left-wing background as I said my mother was in the campaign for nuclear disarmament.

‘There are very few people at my school or who I met on a regular basis in fact, I could count them on one hand who you’d describe as right-wing.

‘So I thought at the time, this is a totally different way of life, it doesn’t represent the type of society I want to live in.

‘And I began to understand more about why Britain is successful and part of our success is the constitutional monarchy that supports a free democracy.’

Today in the Daily Mail she vowed to beat Labour by ‘governing as a true tax-cutting, freedom-loving Conservative’.

The Foreign Secretary last night surged into the final run-off against Rishi Sunak in the race to become prime minister, knocking out rival Penny Mordaunt.

She said: ‘I entered politics to stop this ‘soft bigotry of low expectations’ and bring equality of opportunity for all. My approach is rooted firmly in Conservative values of aspiration, enterprise and freedom, which I know are shared across the country.’