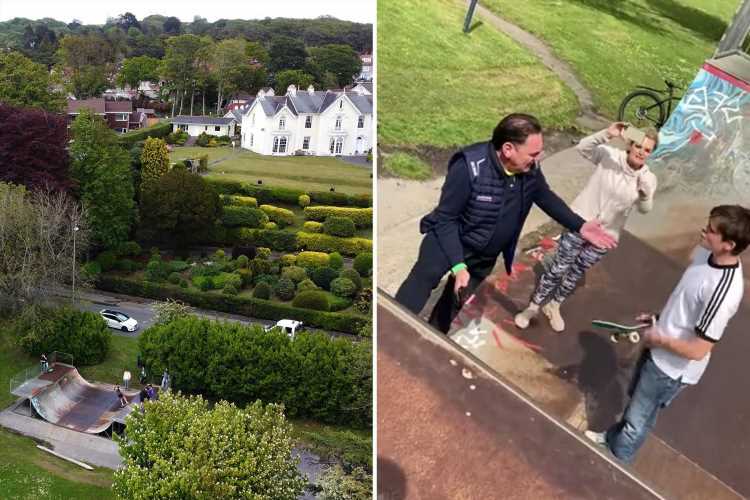 A MILLIONAIRES’ row of luxury homes is in a bizarre noise battle with hundreds young skateboarders.

Neighbours on the plush Welsh seafront strip – where singer Bonnie Tyler lives with her husband – are in a legal challenge to block a £360,000 skate park in front of their houses. 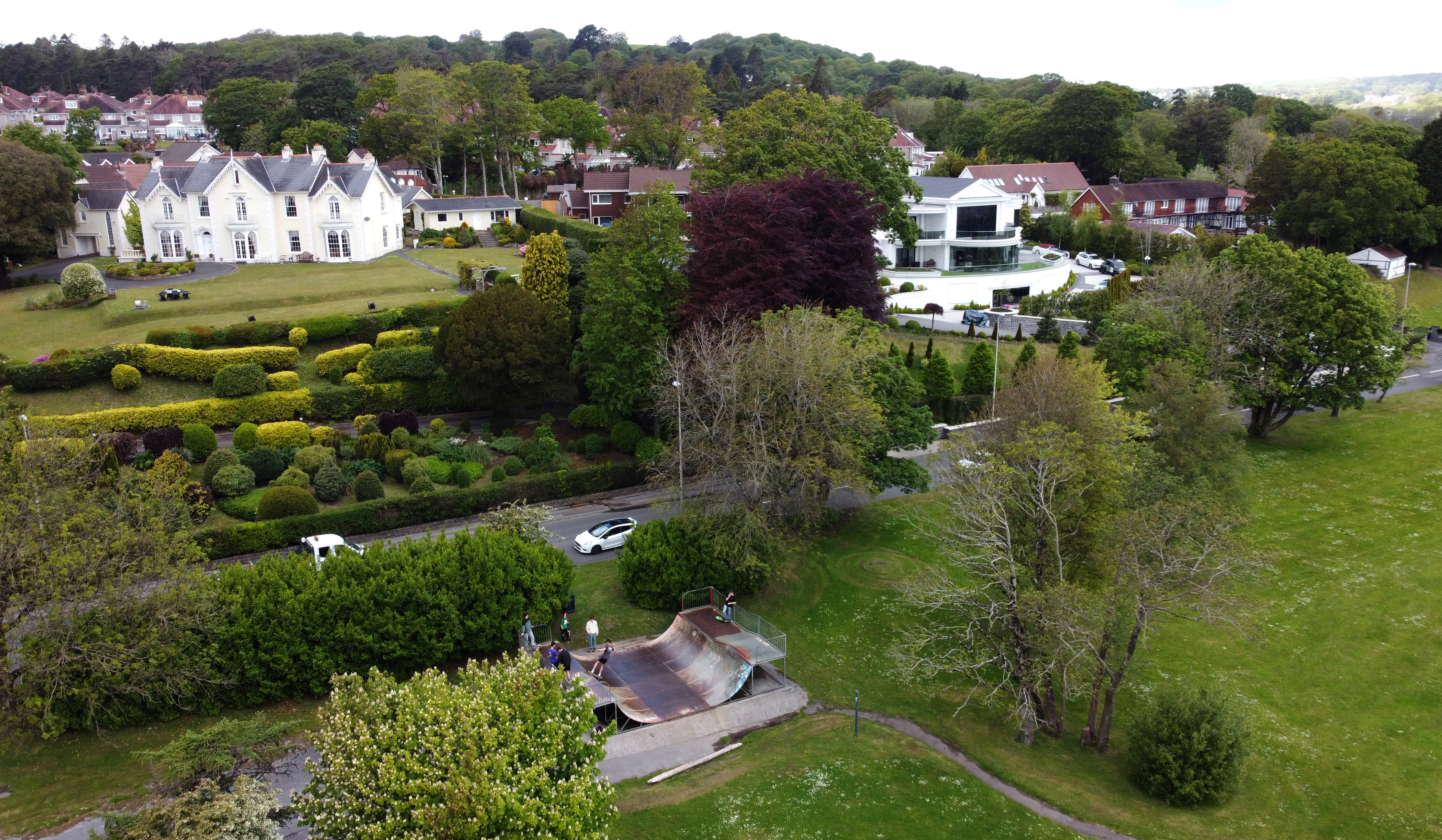 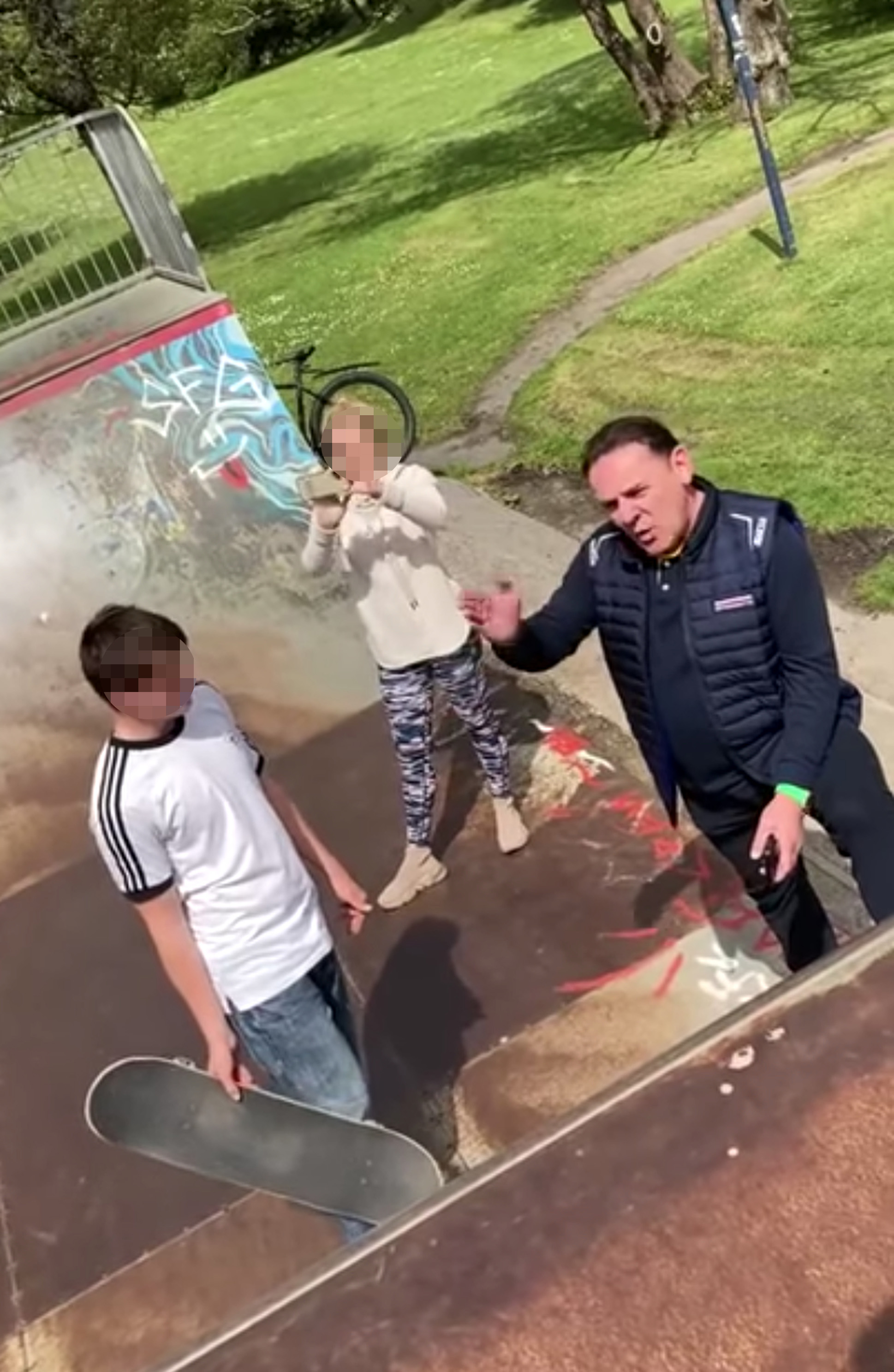 But supporters of the skatepark have been staging their own protest by noisily blowing their car horns as they drive past the plush homes on the seafront road.

The skatepark was given planning permission to have a large expansion on land on Swansea seafront in front of the row of luxury houses including that of "Total Eclipse of the Heart" singer Bonnie, 69.

But seven of the neighbours have launched legal action to challenge the way Swansea Council approved the skater scheme.

A campaign has been launched on social media encouraging drivers to beep their horns as they drive past the luxury homes.

Police said it was "listening to the concerns of residents" living with the noise nuisance day and night.

The main target of the abuse is car dealer Mark Bailey – who lives next door to Bonnie – because he has confronted some of the skateboarders.

Hugh Hitchcock, who is taking on the judicial review on behalf of those against the plans, hit out at the horn protest.

He said: "It is unacceptable that one of the seven applicants to this judicial review should be subjected to this appalling campaign of abuse and harassment for exercising their democratic right to challenge the unlawful decision made by Swansea council.

"We hope Swansea council will now recognise the distress and hurt that has been caused here and unreservedly condemn the despicable behaviour of those who have engaged in these actions." 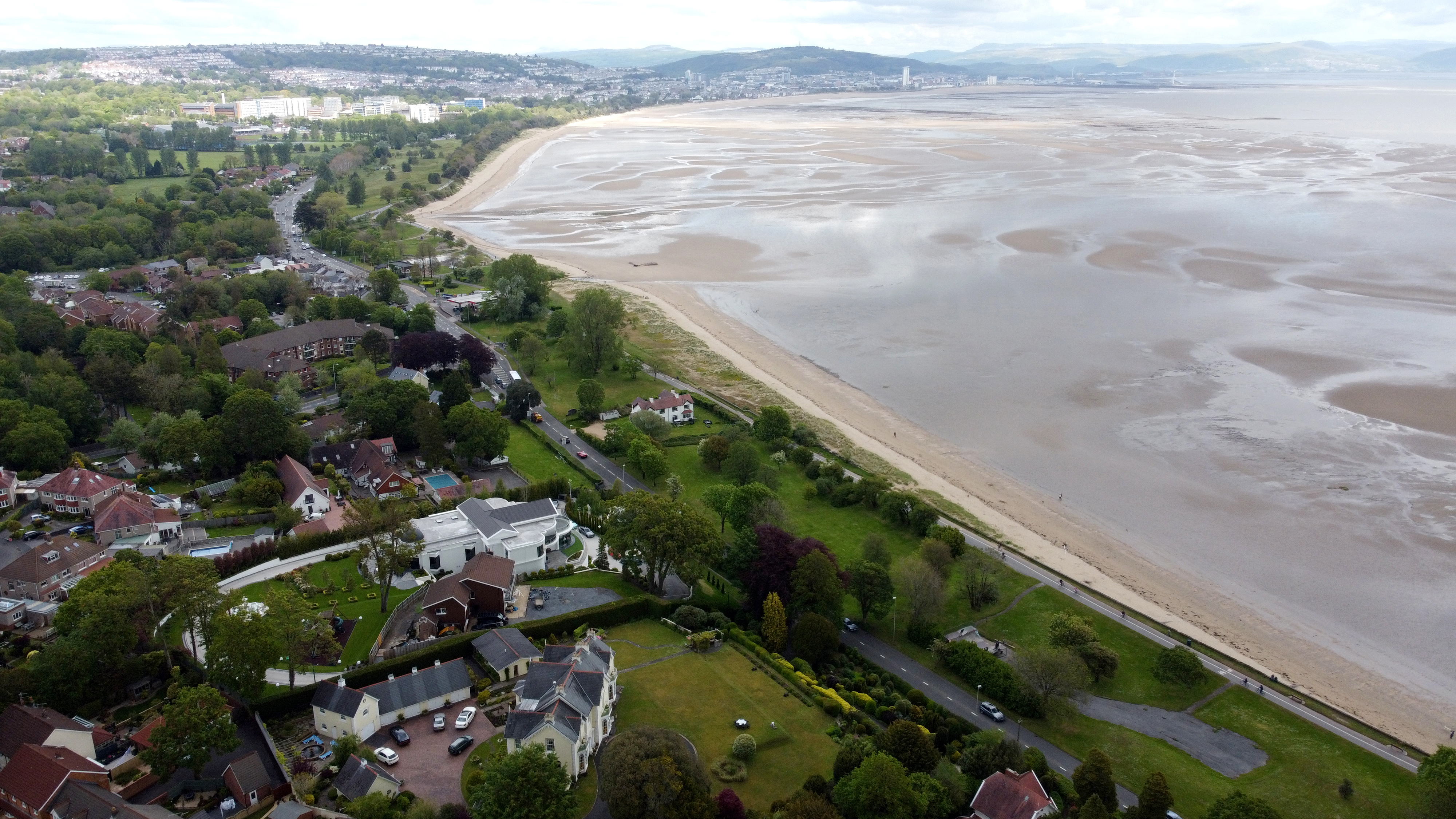 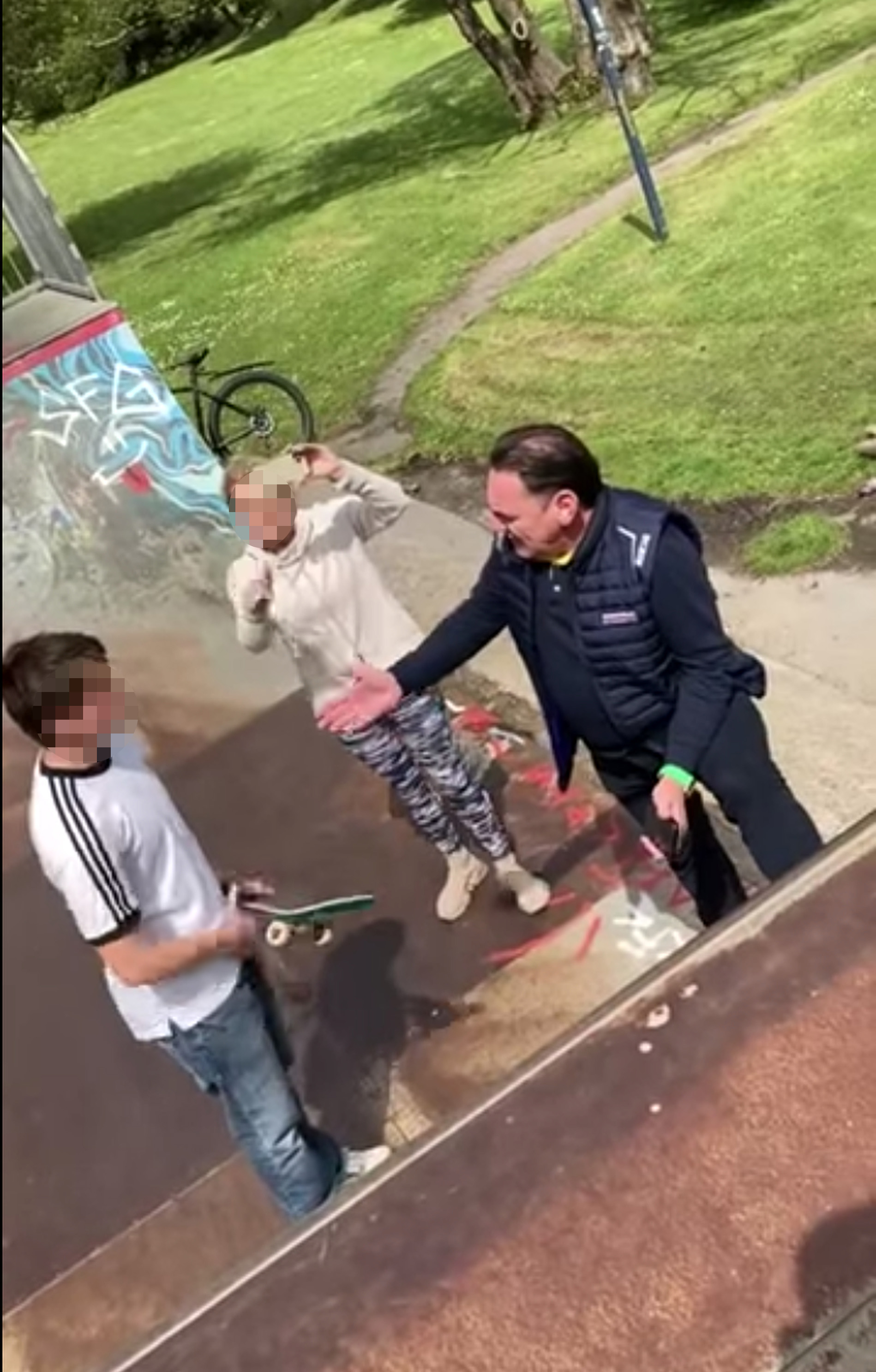 Jason Williams, chair of the Mumbles Skate Park Association, said: "I saw the beep campaign last week, I'm not sure how it came about.

"We don't condone it but it's brought to the fore the strength of community feeling for the redevelopment."

The campaign hit a peak when a video emerged of Mr Bailey confronting the skateboarders.

Mr Bailey could be heard threatening to "smash in the face" of one of the skaters if he got too close to his wife while riding the ramp.

But Mr Bailey did a U-turn to withdrawn his objections to expand the skatepark after seeing the video – and suffering the car horns blaring outside his home.

Mr Baily said: "Having taken time to reflect on the footage of the altercation that was filmed at the skate park on Wednesday evening, my wife Rhianon and I unreservedly apologise for our actions that evening.

"I will make a point of going across and personally apologising to the skaters at the appropriate time over the coming days." 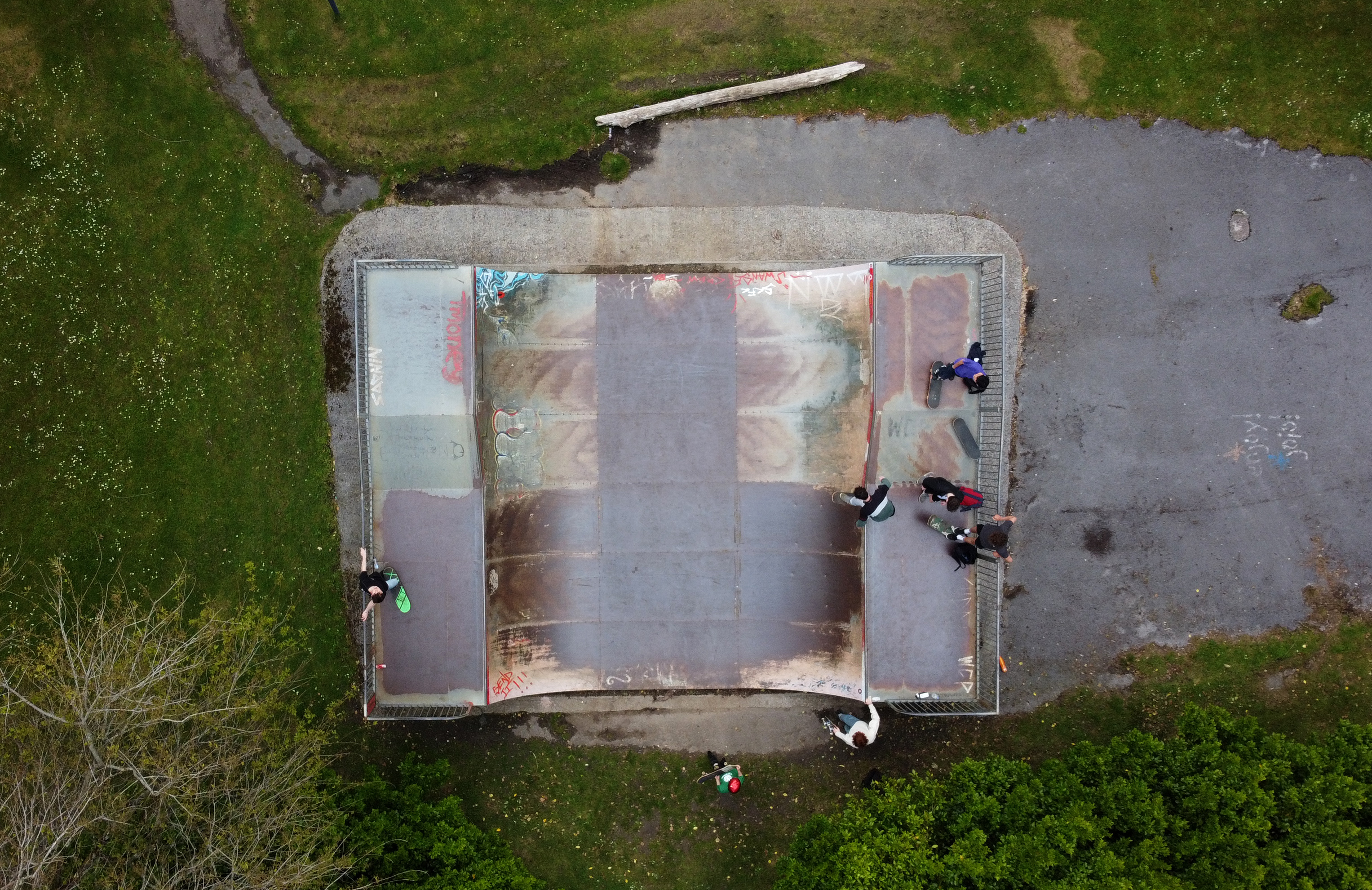 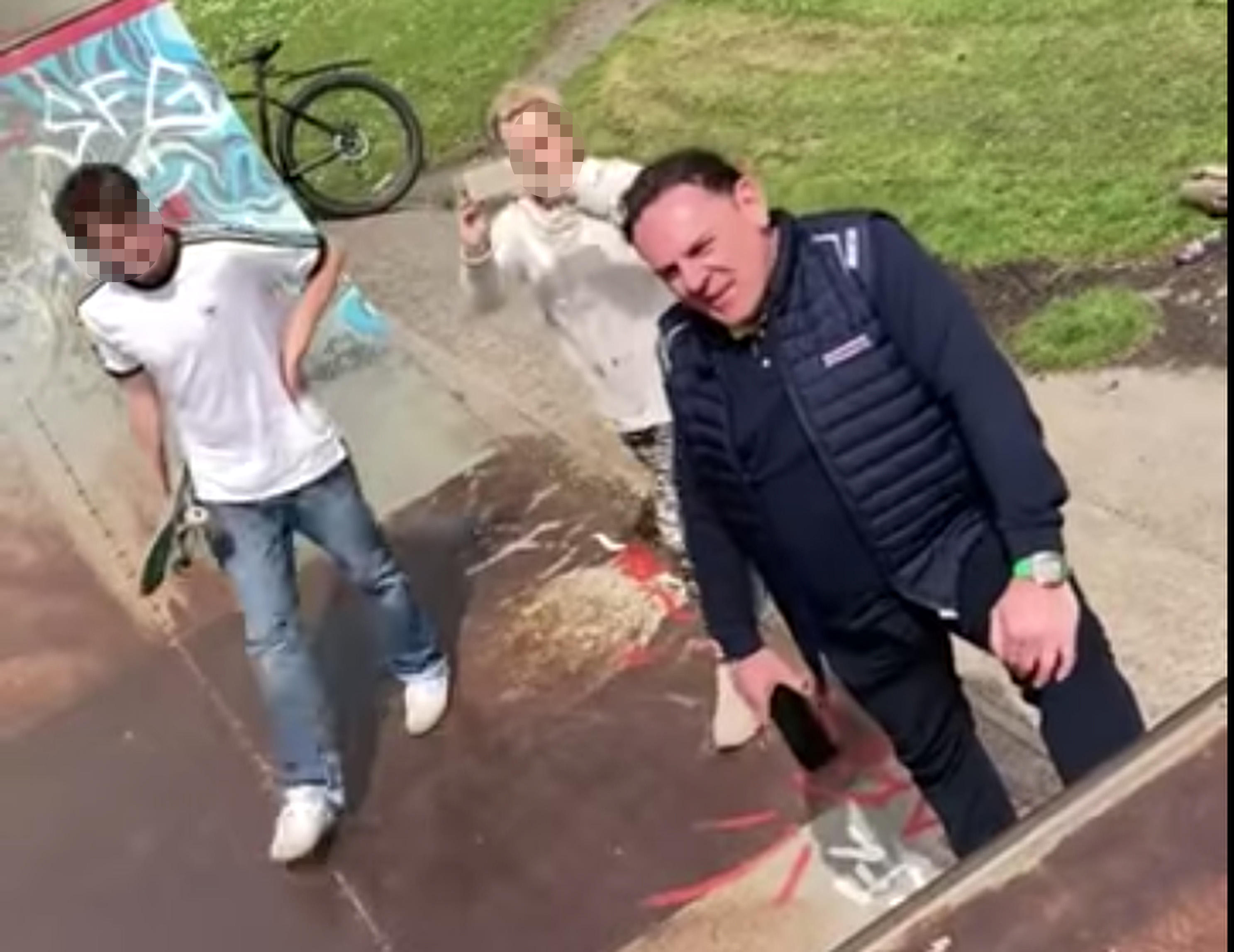 "Whilst it is by no means an excuse, my family and I have been subject to significant abuse over the days leading up to the incident, culminating in objects and verbal abuse being thrown at me as I tried to drive into my home.

"This was the final straw which prompted our actions which we now bitterly regret. We were all young once and watching the video again today, I see more than a little bit of my younger self in the actions of those that I confronted.

"I do understand why the skaters are so passionate about the skate park and, whilst I now concede on making any objection to the redevelopment at that location, I also stand by my offer to significantly invest in a state-of-the art facility elsewhere in the borough with proper facilities and parking.

"I do hope that those involved will accept my apology when I get to speak with them."

An online petition in support of the skatepark project has now received more than 5,700 signatures.

"There are always friendly people and I feel like it's such a shame because we really want to upgrade the facilities here."

A mini half-pipe is the only piece of equipment currently on the site of the planned skate park. The area has been popular with skateboarders for more than 20 years.

Plans for the new facility have been in discussion for about three years and were approved by Swansea council last year.

Swansea County Councillor Des Thomas, who represents the ward, said: "I think it's been a little bit childish with people beeping their horns at all hours of the day. There are elderly people there and young children nearby, so it's pointless making them suffer.

"I would appeal to both sides to just step back a little bit and understand both people's viewpoint and let the democratic process take its course."