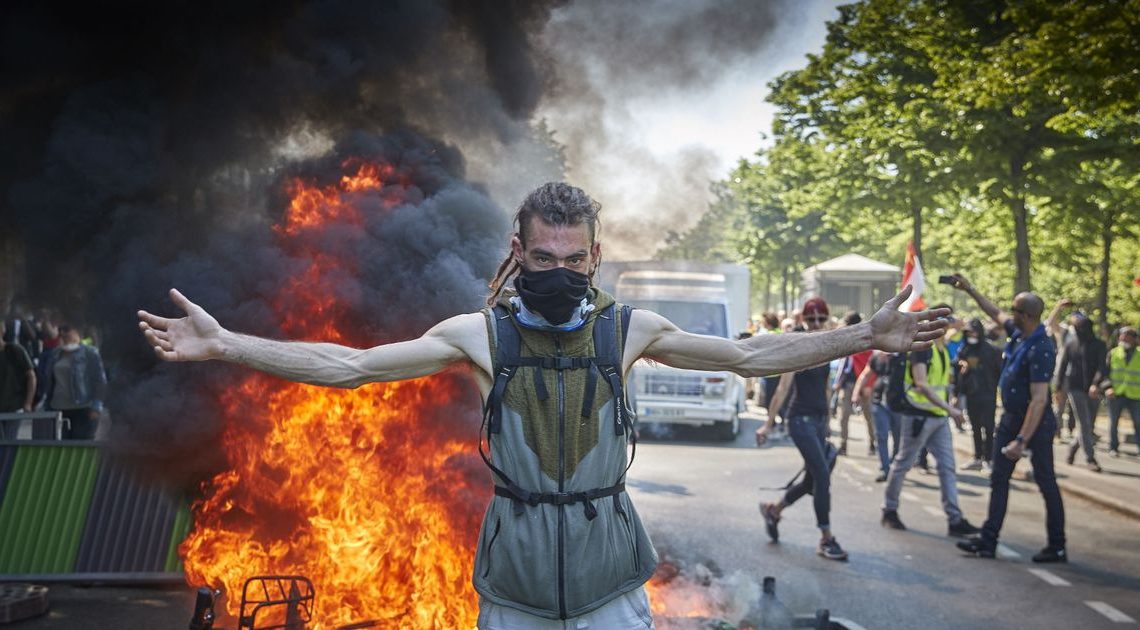 Yellow Vest demonstrators clashed with police in Paris on the 23rd Saturday of action after protesters hit out at the millions raised to repair Notre Dame.

Dozens of black-hooded demonstrators threw rocks at police while others set fire to scooters and bins in the centre of the French capital.

Several demonstrators clearly alluded to the catastrophic fire at Notre-Dame cathedral on Monday, which prompted an
outpouring of national sorrow and a rush by rich families and corporations to pledge around 1 billion euros for its reconstruction.

"Millions for Notre-Dame, what about for us, the poor?" read a sign worn by a demonstrator.

"Everything for Notre-Dame, nothing for the miserables," read another sign that referenced Les Miserables.

Around total of 9,600 people were demonstrating across France yesterday, including 6,700 in Paris, the interior ministry
said.

That's more than last week's protest which drew 7,500, but a fraction of the record 282,000 estimated on the first day of the protests last November.

As of yesterday lunchtime, 110 people had been arrested and placed in custody, the Paris prosecutor's office said.

The city was on high alert after Christophe Castaner, the interior minister, said domestic intelligence services had informed him of a potential return of rioters intent on wreaking havoc in Paris, Toulouse, Montpellier and Bordeaux, in a repeat
of violent protests on March 16.

Large portions of the Paris metro network were closed and about 60,000 police were deployed across France, authorities
said.

Police also fired tear gas in the city of Toulouse, where thousands of people were demonstrating, including hundreds of motor-bikers holding a large banner asking for President Emmanuel Macron's resignation.

There were about 1,500 to 2,000 people demonstrating in the streets of Bordeaux, according to a witness.

The so-called Yellow Vest protests erupted in mid-November originally over fuel price hikes and the high cost of living but
spiralled into a broader movement against Macron and his drive for economic reforms.

The French leader was due to unveil policies to quell the grassroots movement on Monday, before the blaze at Notre-Dame forced him to cancel the speech.

He is now set to make his announcements next Thursday.