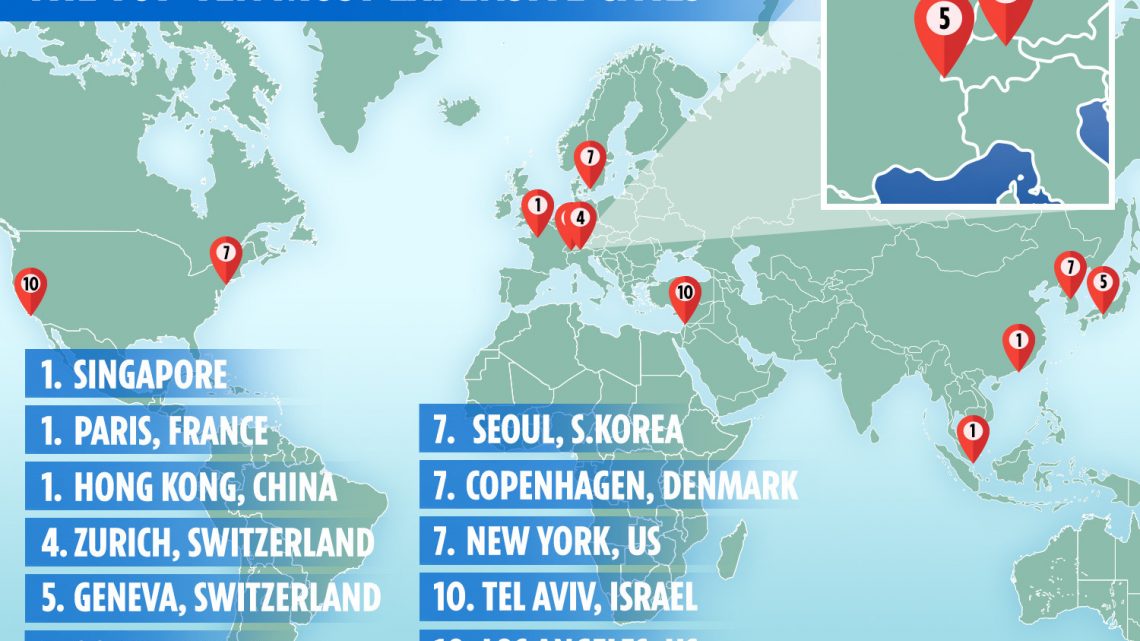 THOSE looking for a cheap-as-chips place to base themselves are best to avoid Paris, Hong Kong and Singapore: all three have been crowned as the world’s priciest cities to live in.

At the other extreme, economic gurus have pinpointed Caracas, the capital of crisis-hit Venezuela, as the least expensive due to its one million per cent hyperinflation and “social unrest”. 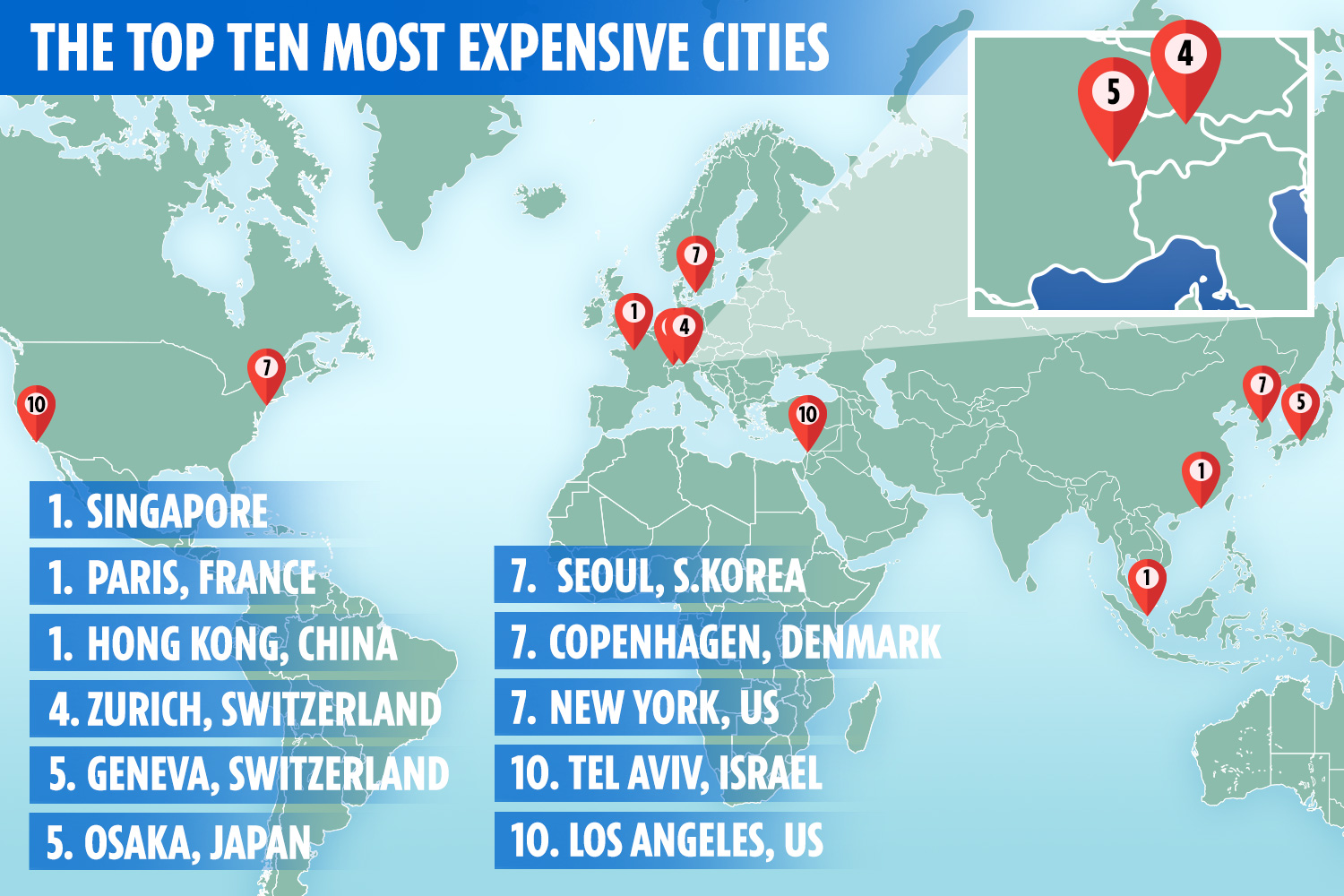 Their findings were revealed following a biannual survey by the Economist Intelligence Unit – which compared costs in 133 cities, delving into more than 400 individual prices across 160 products and services.

Report author Roxana Slavcheva said that “only” booze, cigarettes and transport were cheaper in “extremely expensive” Paris when compared with other European cities.

Ten cheapest cities in the world

Analysts said it was the “first time in the survey’s 30-year history that three cities [Paris, Hong Kong and Singapore] share the title of the world’s most expensive city.

“The top ten is largely split between Asia and Europe.”

Osaka in Japan has moved up six places since last year, and now shares fifth place with Geneva in Switzerland.

New York and Los Angeles are the only cities in the top 10 from North America.

The unit explained: “A stronger US dollar last year has meant that cities in the US generally became more expensive globally.

“Tel Aviv, which was ranked 28th just five years ago, [now] sits alongside Los Angeles as the joint tenth most expensive city in the survey.”

This was attributed to the high cost of buying, insuring and maintaining a car in Tel Aviv – all of which pushed transport costs 64 per cent above New York prices.

Places like Argentina, Brazil, Turkey and Venezuela, however, “tumbled in the ranking owing to economic turmoil, currency weakness or falling local prices.

“Caracas claims the title of the least expensive city following inflation nearing 1,000,000% last year”  with the city hit by hyperinflation and “a breakdown in public services fuelling growing social unrest.”

A probe into grocery shopping bills found that Asian cities were the costliest, while their European counterparts saw people forking out more for household, personal care, recreation and entertainment by comparison.

The economic boffins said that currency fluctuations “continue to be a major cause for changes in the rankings.” 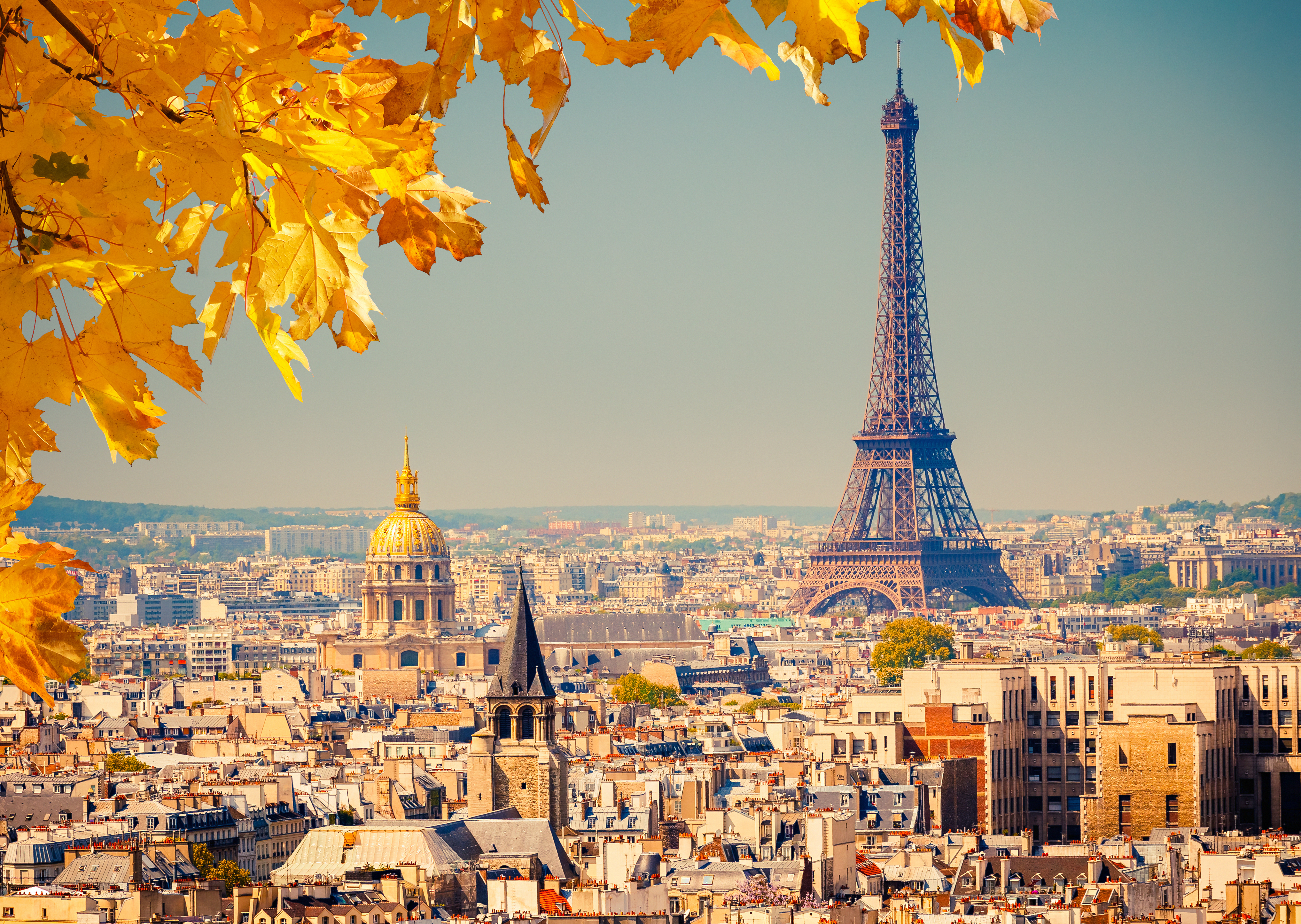 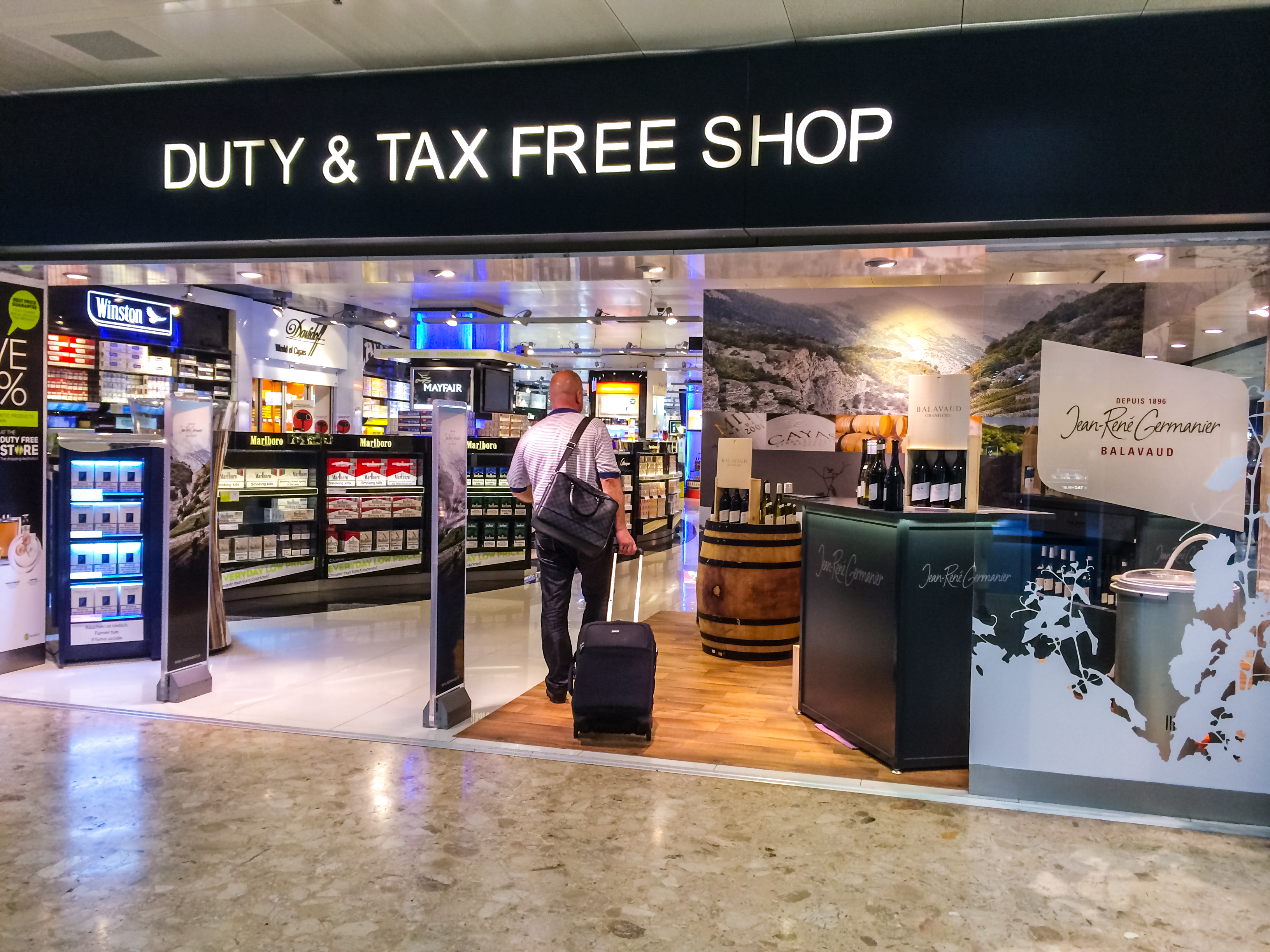