CROCODILES are fierce, cold-blooded predators which brutally attack and kill about 1,000 people a YEAR – many more than sharks.

Human prey are drowned in death rolls or torn to pieces – with their remains later cut out of the reptiles' stomachs – as can be seen in the world's deadliest croc attacks. 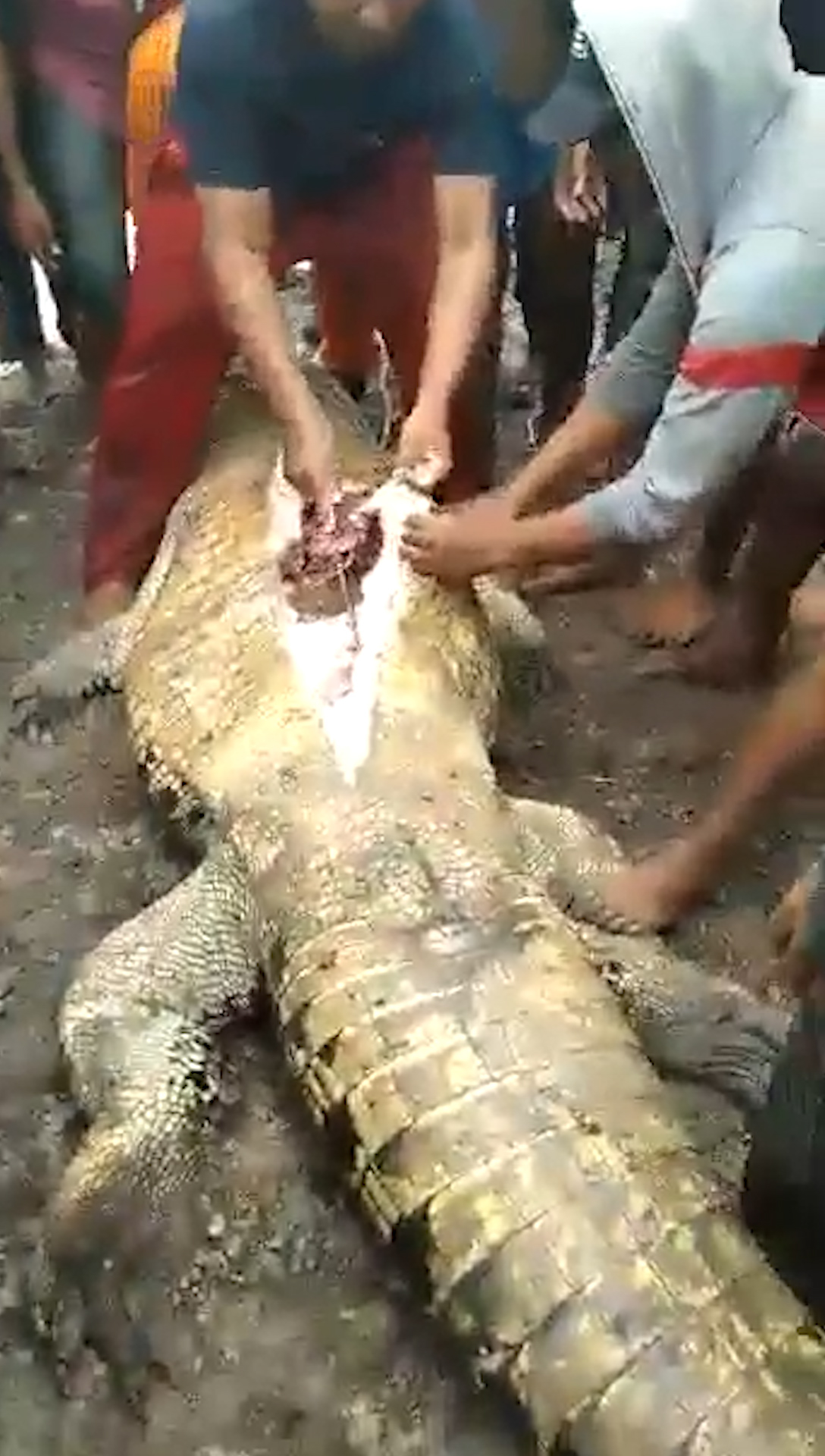 The remains of a fourteen-year-old boy were retrieved from inside a crocodile's belly after he was eaten alive.

In 2020, Ricky Ganya was last seen collecting snails on a riverbank in Kuching, Malaysia when the croc pounced, clamped its jaws on his ankle and dragged him underwater.

The boy's aunt, who witnessed the horrifying attack, called for help and the emergency services arrived. 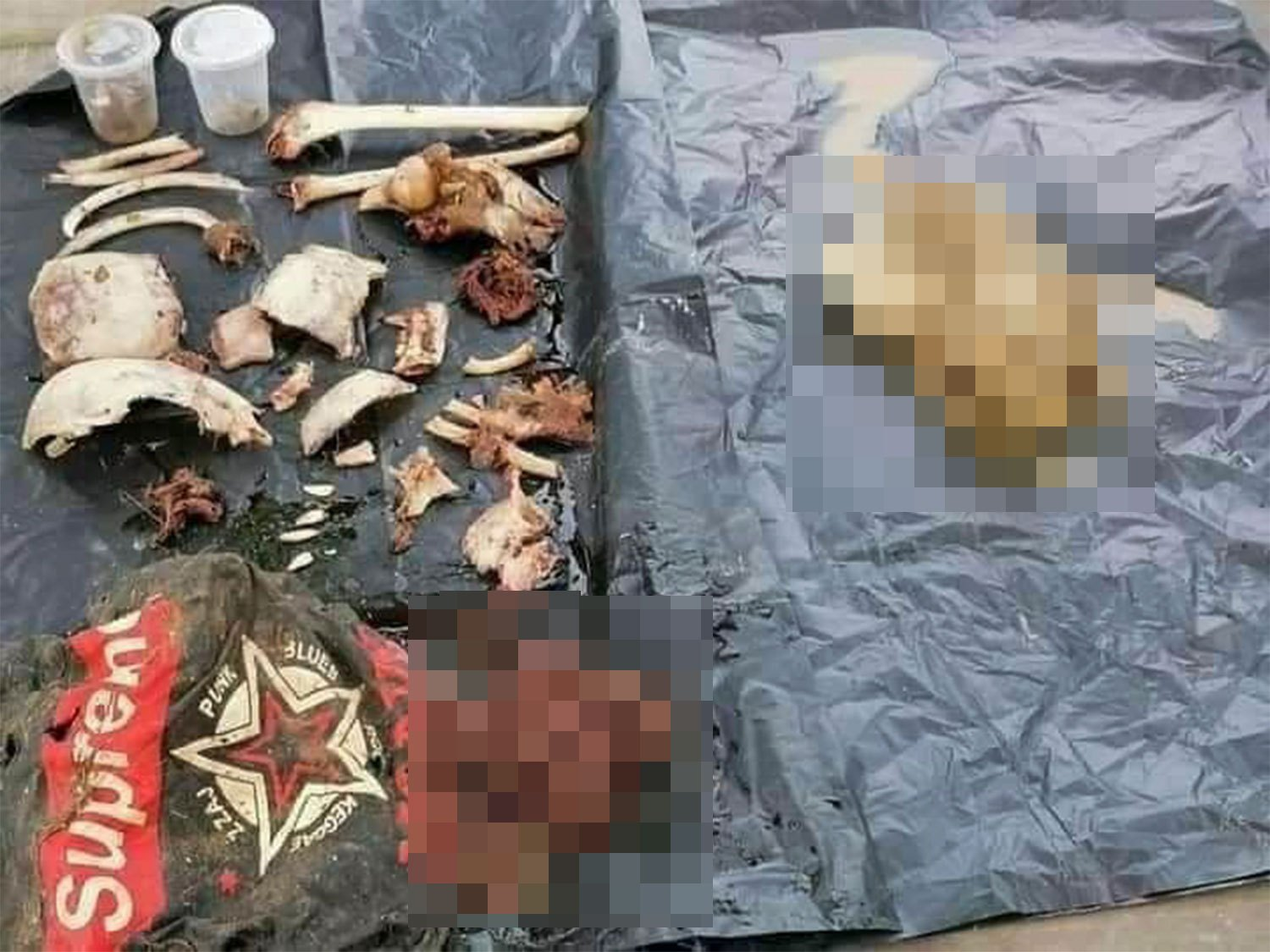 They then used a chicken as bait to lure the 14ft croc out of the water, about three miles from where the teen was last seen.

An officer from the Sarawak Fire and Rescue Operations Centre said: "The crocodile was pulled onto the shore where its stomach was checked.

“Sadly, there were human remains inside and these were identified as belonging to the missing teenager.'' 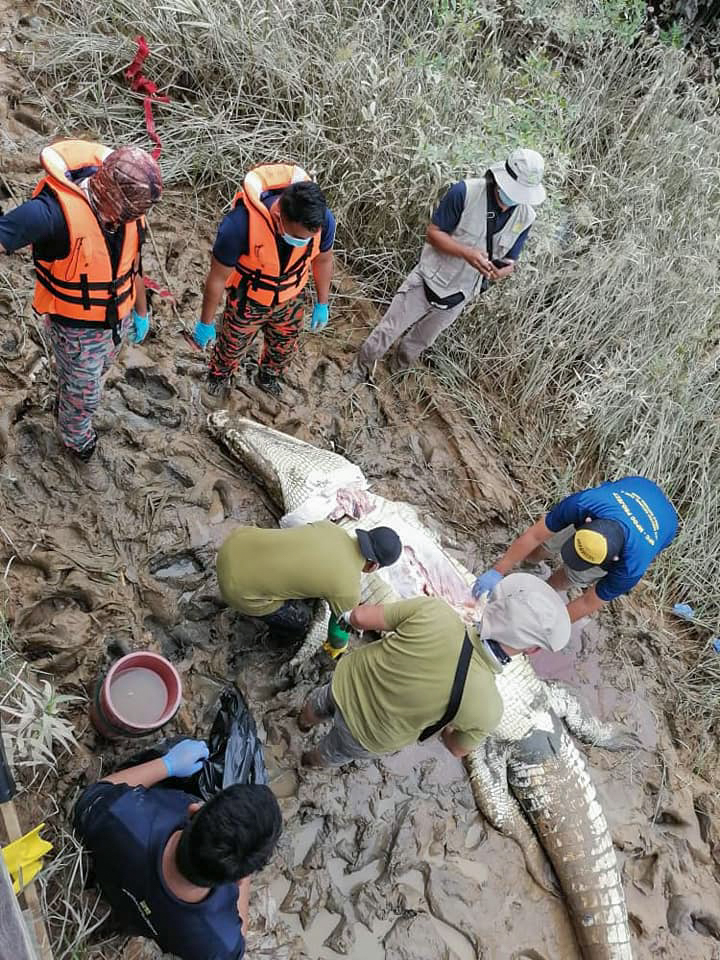 DRAGGED TO DEATH WHILE FISHING

A female ranger was taken by a crocodile while out fishing with her family when she disappeared in Australia.

The woman had also been collecting mussels with the group of seven women and children in east Arnhem in the Northern Territory.

Commander Tony Fuller said in 2018: “The family noticed she was missing and the bucket she was carrying was found nearby.

“They heard some splashing. She was up to waist-deep in water.”

Australia is home to freshwater and saltwater crocodiles which grow up to seven metres long.

Saltwater crocodiles kill an average of two people each year in Australia. 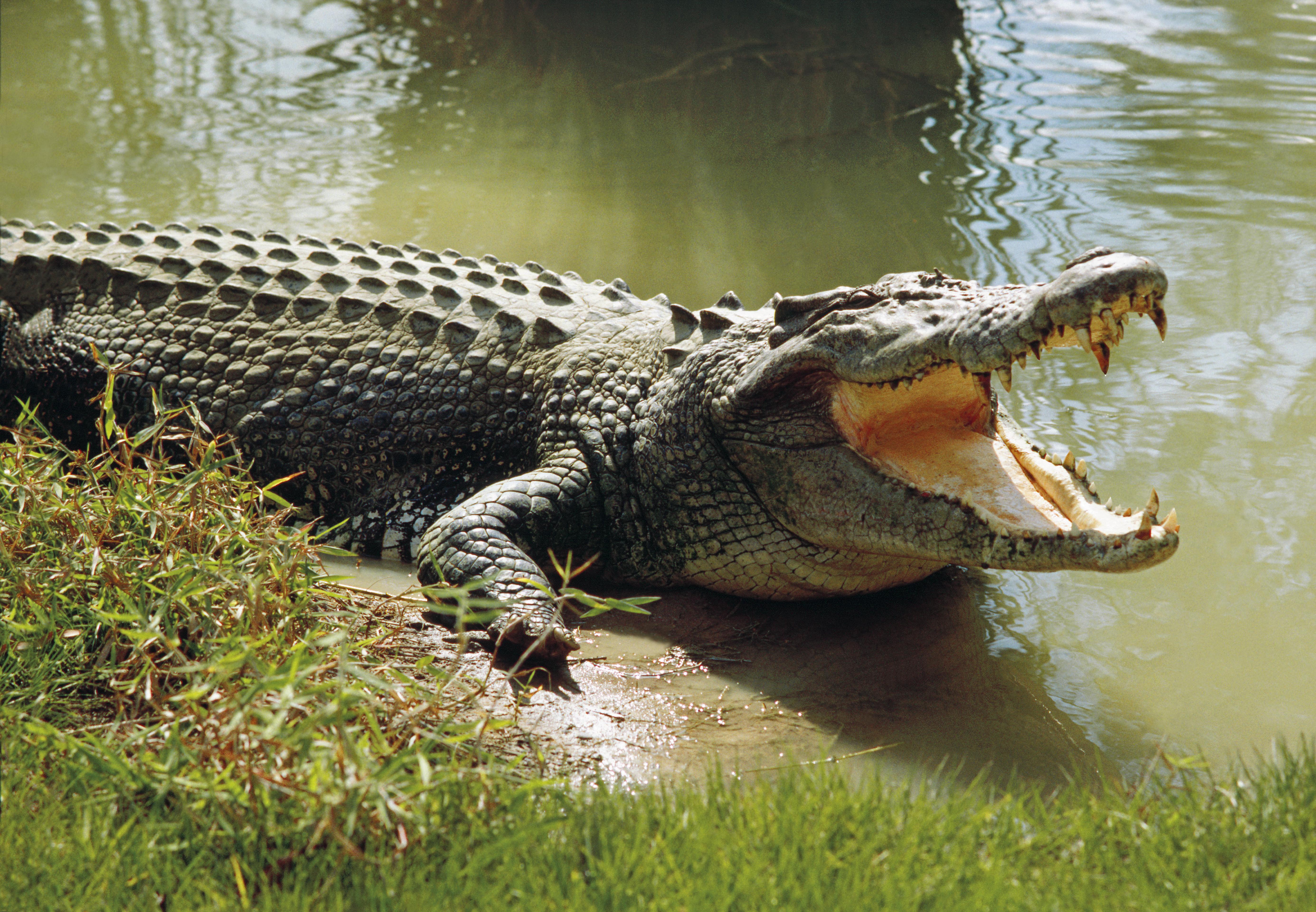 A woman's limbs were cut out of a crocodile's stomach shortly after it ate her in June 2020.

The beast pounced on Fatimah, 45, while she was fishing in a river in North Kalimantan, Indonesia.

Shocked friends heard Fatimah's screams and watched in terror as the reptile clamped its jaws around her body and dragged her below the surface of the water.

The 19-foot long (6-meter) giant crocodile was caught the next day after angry residents hunted the beast.

Fatimah's severed head and other body parts were later found nearby having been discarded by the croc. 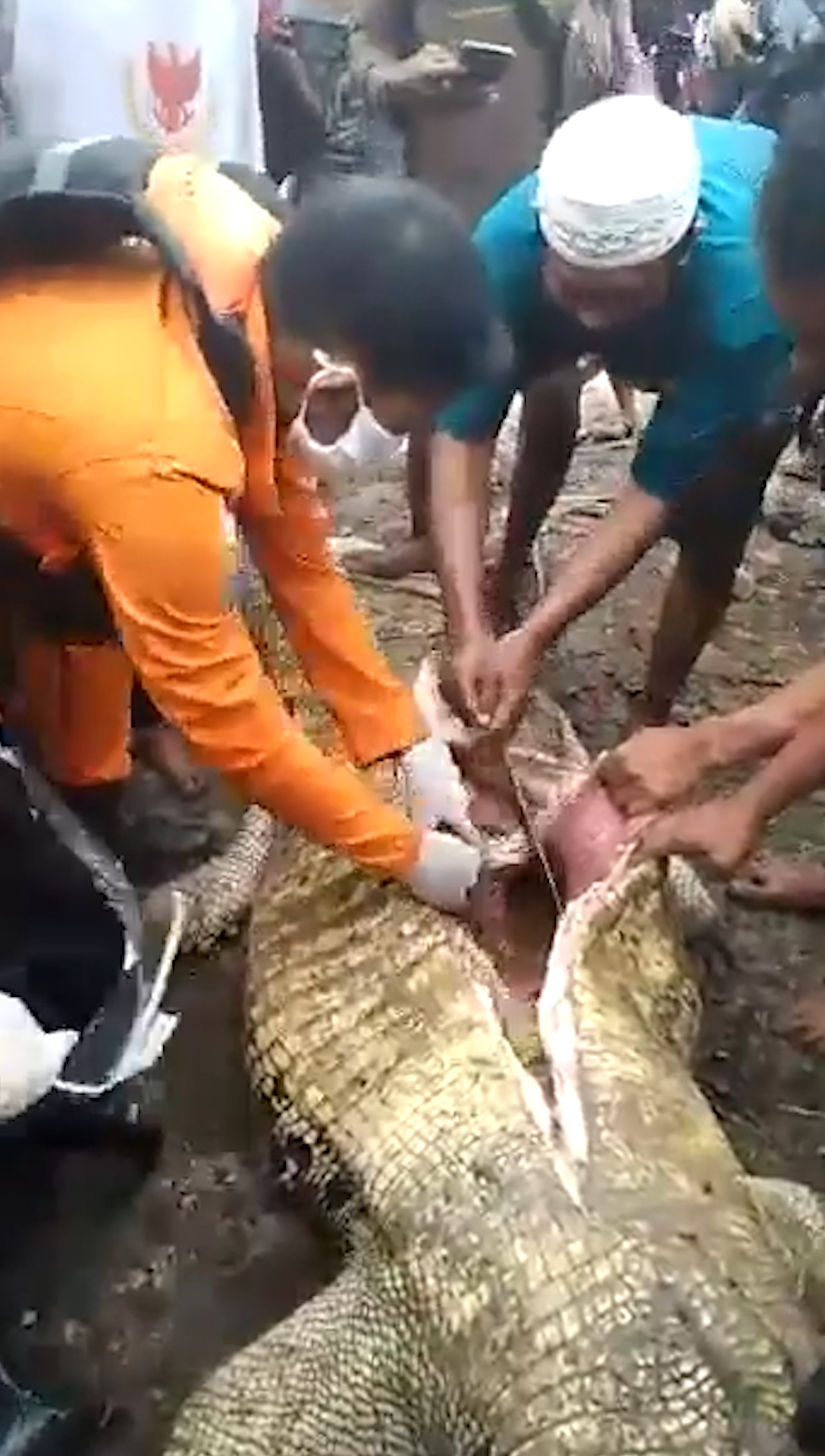 A monster 16ft crocodile has eaten 80 people and even snatched children, according to terrified locals in Uganda.

Known as ‘Osama’, the 75-year-old beast is accused of a number of brutal killings, believed to have taken place over 14 years in the small village of Luganga.

Named after the notorious terrorist behind the 9/11 attack, the reptile’s reign of terror took place from 1991 to 2005 when it's alleged that it wiped out a tenth of the village's population.

According to reports, the beast would emerge from Lake Victoria – Africa’s largest lake – to snatch kids and swim beneath fishing boats to purposefully capsize them.

It led villagers to became convinced that the creature was "immortal" or even “Satan himself".

Paul Kyewalyanga claimed he was rowing in the back of his boat as his brother Peter fished from the front when Osama leapt in and snatched him.

Paul added: “Peter was clutching the side screaming. They fought for about five minutes until I heard a tearing sound.

“Peter shouted, ‘He’s broken my leg.’ Then he let go and was dragged into the lake.

“A few days later we found his head and his arm.” 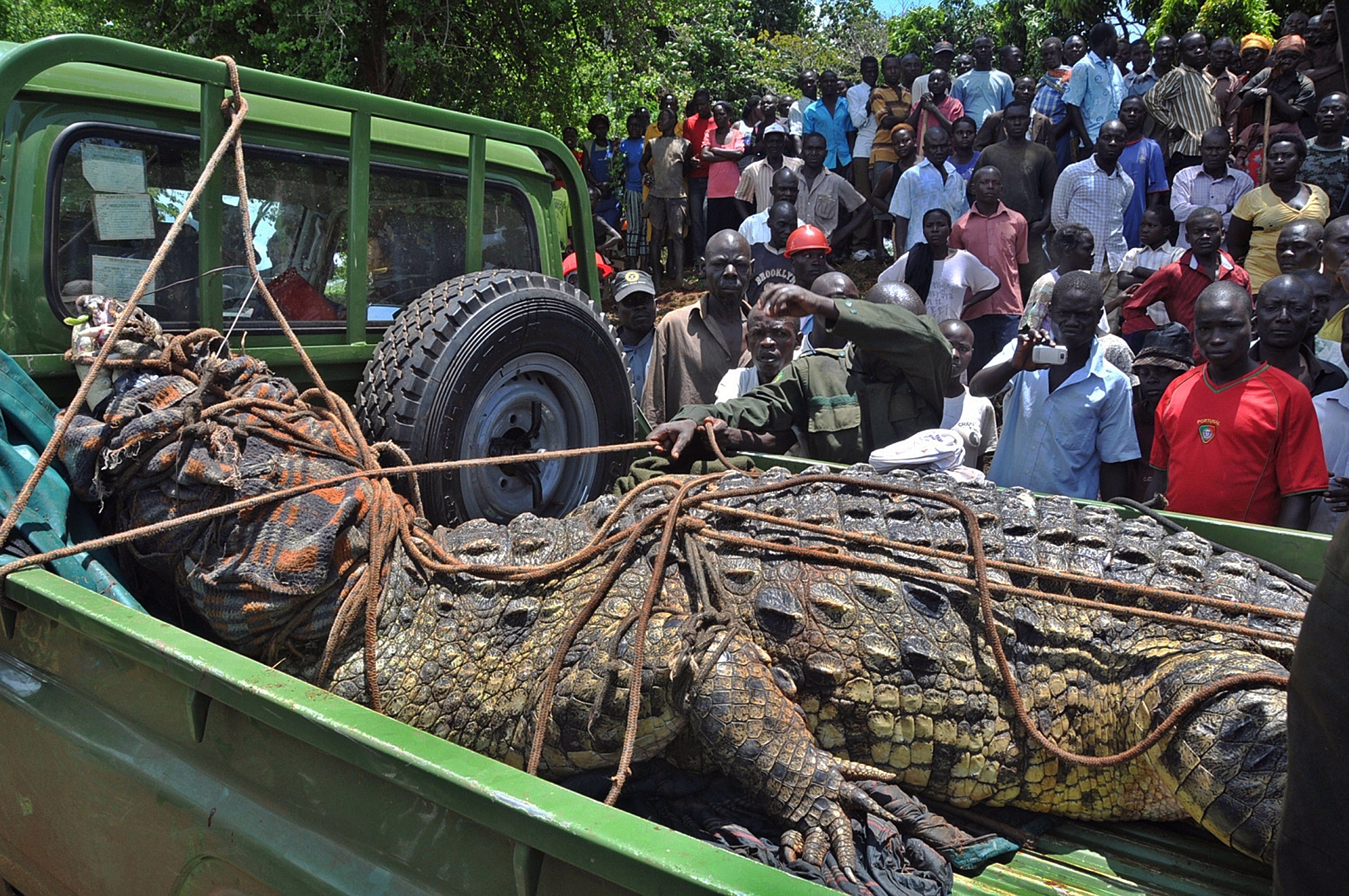 An eight-year-old boy was mauled to death by a crocodile just metres from his family home in Malaysia.

Rescuers were able to recover his body from the water in December 2020, but he was pronounced dead at the scene.

Police spokesperson Rohan Shah Ahmad said: “There were severe injuries on the boy’s body including his waist, chest and stomach." 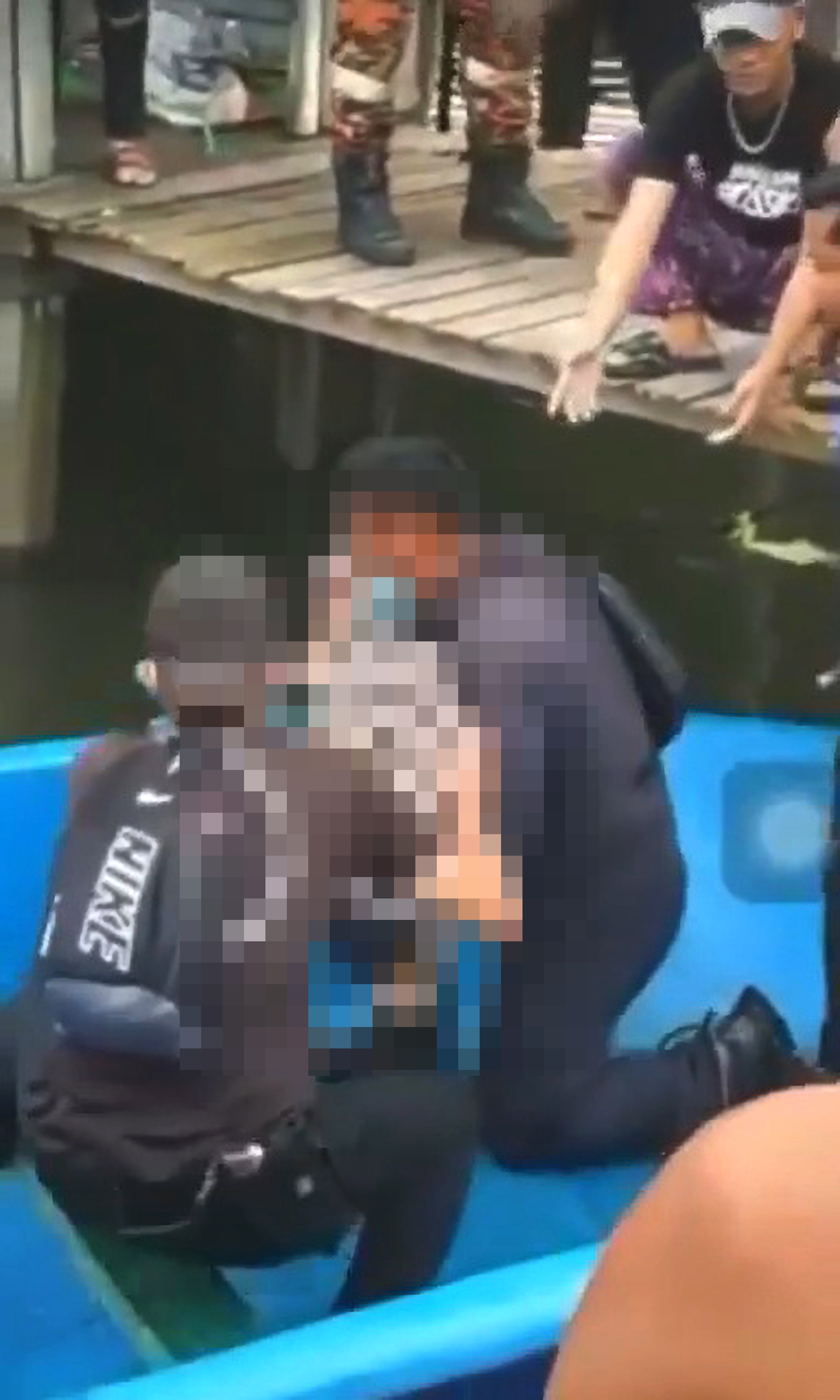 A British backpacker savaged by a crocodile in Mexico has told how she stared into its eyes before being dragged underwater in a death roll, saying: “I thought I was going to die.”

Melissa Laurie, 28, “knew she was in trouble” when she first locked eyes with the 10ft croc above the water — and desperately tried to swim away with twin sister Georgia.

Melissa — who has an eight-inch scar on her abdomen from surgery following the attack — told The Sun on Sunday: “I remember screaming underwater.

Zookeeper Melissa and certified divemaster Georgia, from Sandhurst, Berks, had been swimming in the popular Manialtepec Lagoon with their friend Ani and his brother Gopal.

The group of backpackers had been assured the lagoon was safe by their unlicensed tour guide Recep Aydin.

But shortly after entering the water at 5.30pm, Melissa watched in horror as the croc’s head emerged above the water just 15 metres away.

She said: “I screamed: ‘S**t! It’s a crocodile, we need to turn back immediately.’ I saw its eyes and the shape of its head just above the water and in that moment, I thought, ‘We are in trouble’.

“My heart rate just shot up. It was very hectic at the point.

"My left hand got bitten and I just got dragged underwater.” 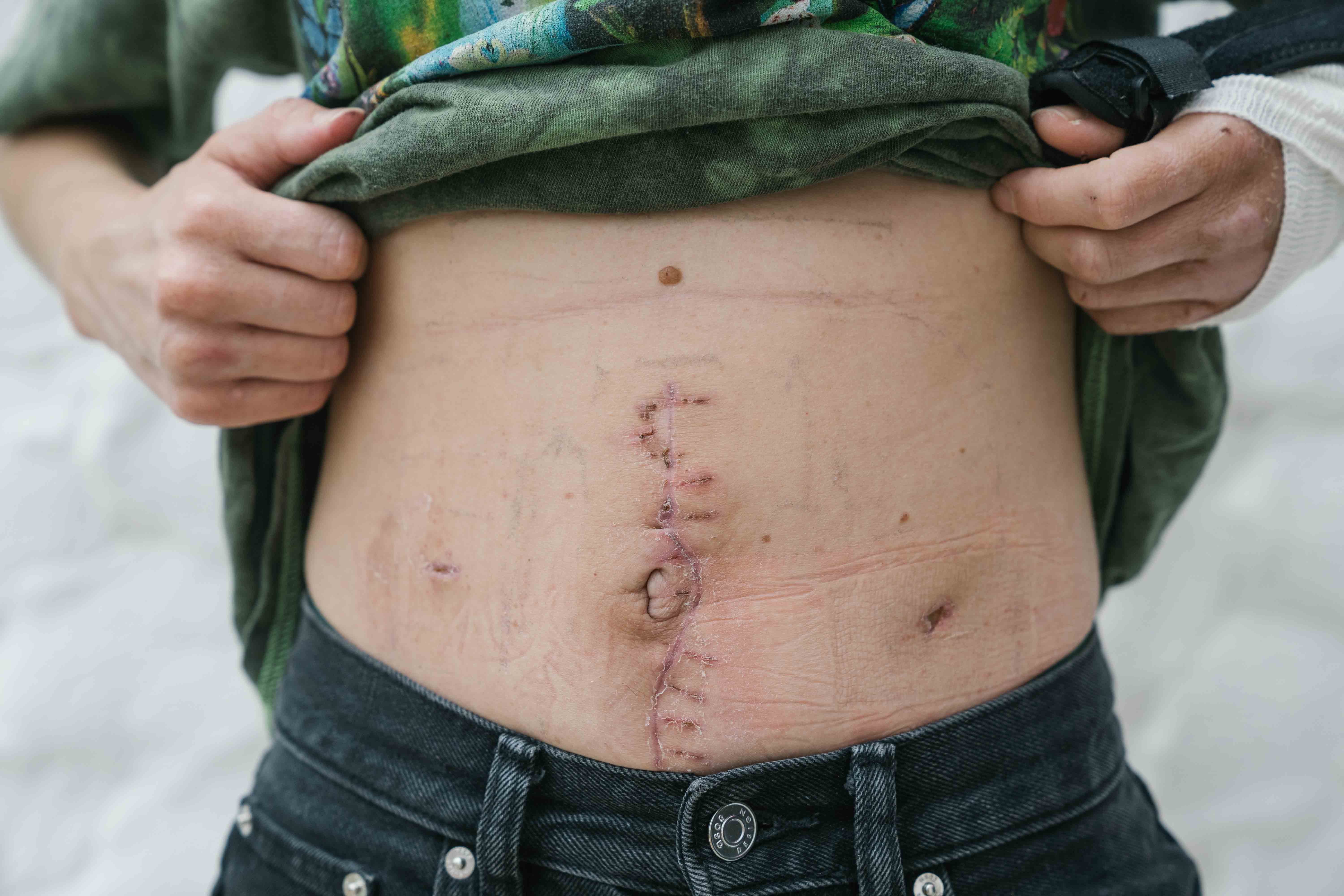 Melissa was taken into a death roll — a violent twisting which the reptiles use to wrench limbs out of sockets and kill prey.

She said: “I honestly thought I was about to die. I just remember being shaken around a lot.

“I didn’t feel anything, no pain, but I thought my arm had been ripped off where it had bitten.

“My mind was racing with thoughts, that I’m not going to see my family or Georgia and that she’s going to have to deal with repatriating my body back to the UK.

"I don’t remember ever reaching the surface again so I must have passed out.” 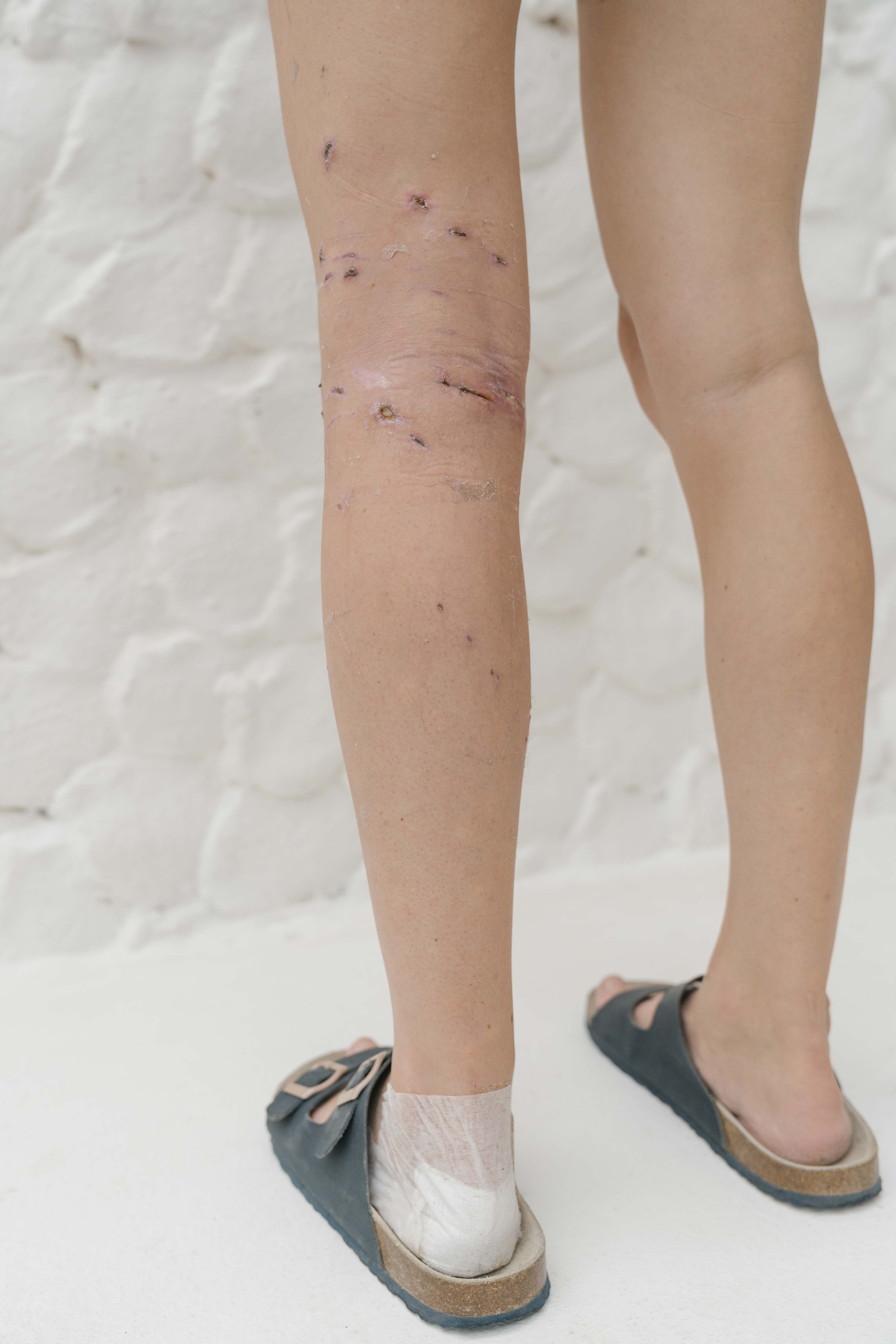 DAD TRIES TO SAVE SON

The body of a boy, eight, was cut from a croc's stomach after the 26ft-long beast swallowed him whole in Indonesia.

Dimas Mulkan Saputra was dragged into murky water as his dad frantically swam after the huge reptile, said reports in March 2021.

The boy had been fishing with his father, Subliansyah, when he strayed further from the shore.

The croc suddenly pounced on him in Tempakul River, East Kalimantan.

Seeing the deadly 26ft-long (six metre) reptile dragging Dimas away, Subliansyah swam after the reptile and punched it to try and make it release his son.

The croc was found the next day (March 4) and Dimas' body was cut out fully intact but, sadly, lifeless in a village in Bengalon District. 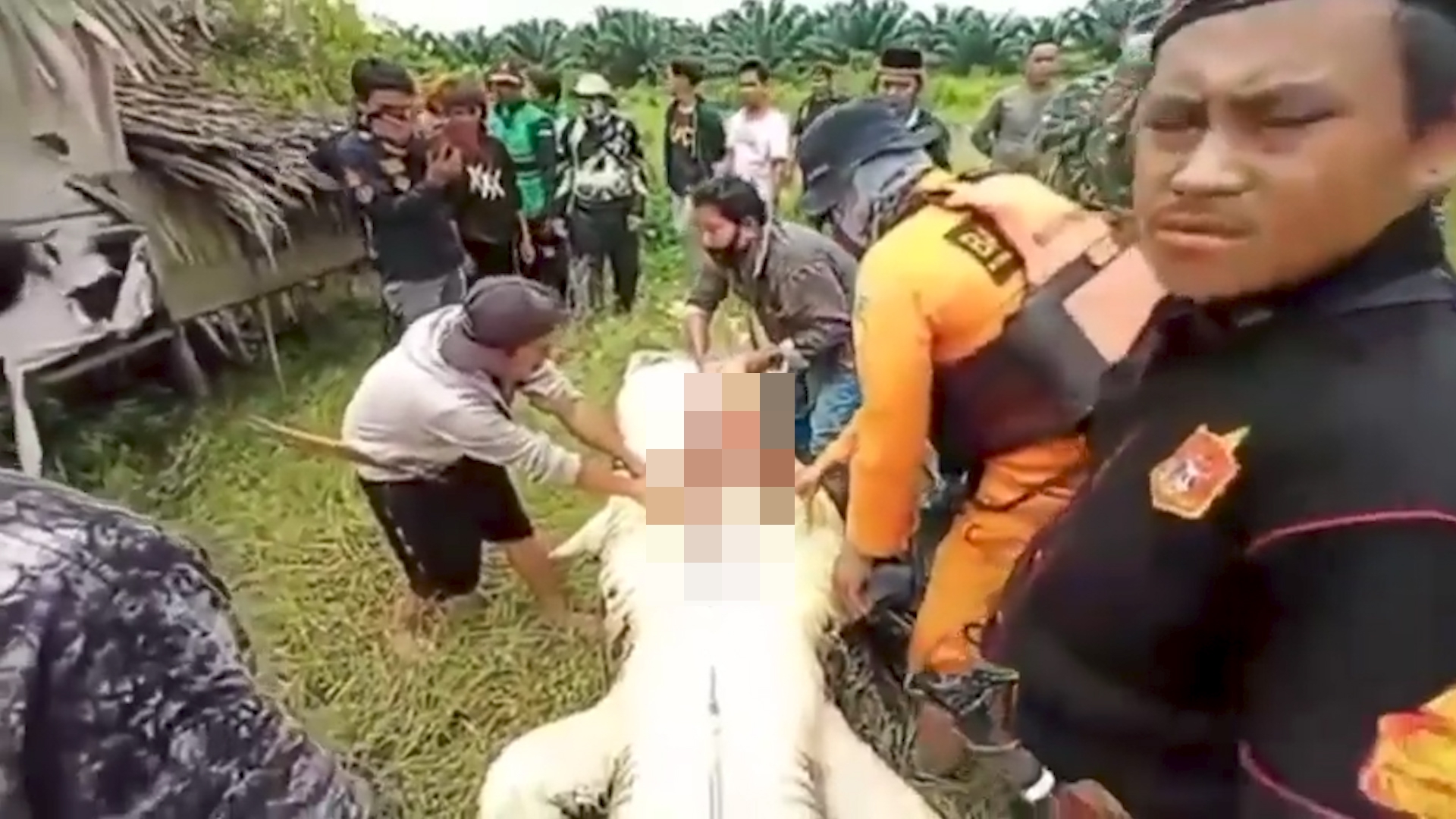 A two-year-old girl was eaten alive after falling into a pit of crocodiles on her family farm, said police in Cambodia.

Rom Roath Neary's mother was said to have lost sight of the toddler while she was busy caring for her newborn baby in July 2019.

The girl's father Min Min, 35, returned home at 10am and began looking for the missing toddler. 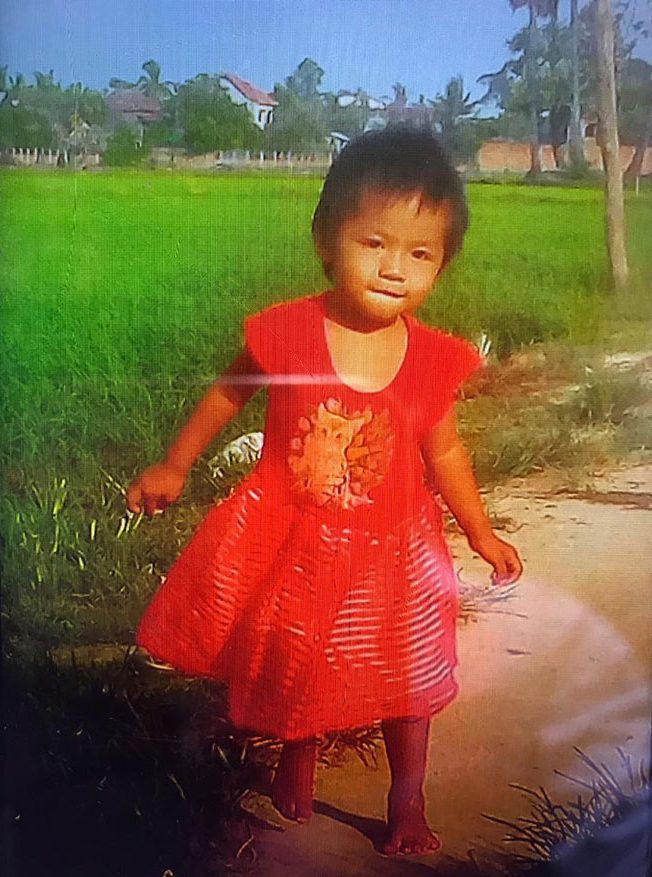 Horrifically, he found his daughter's skull stripped of flesh on the ground of a concrete enclosure where the crocs swim in a pool.

Local media showed harrowing pictures of mum-of-three Nay Is, 32, breaking down in tears as she clutched the toddler's remains to her chest.

Police chief Captain Chem Chamnan said: ''Her father found only her skull in the crocodile enclosure, where she was killed by crocodiles.''

She had left the house and gone to play on the land around the crocodile farm, which was behind the property near Siem Reap.

Officers urged other families to take extra care to prevent children from getting into crocodile farms.

The reptiles are kept to produce leather and meat. 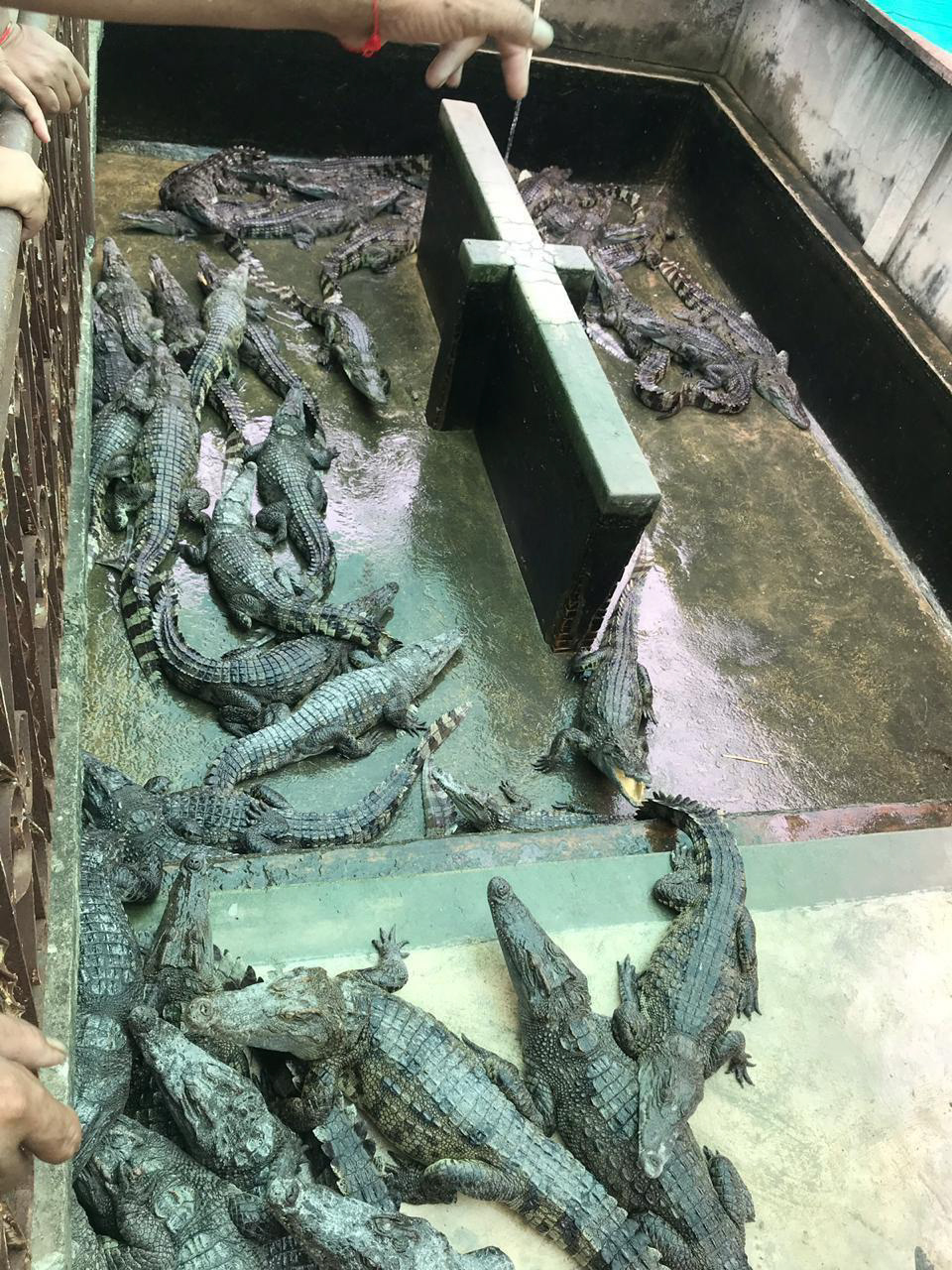