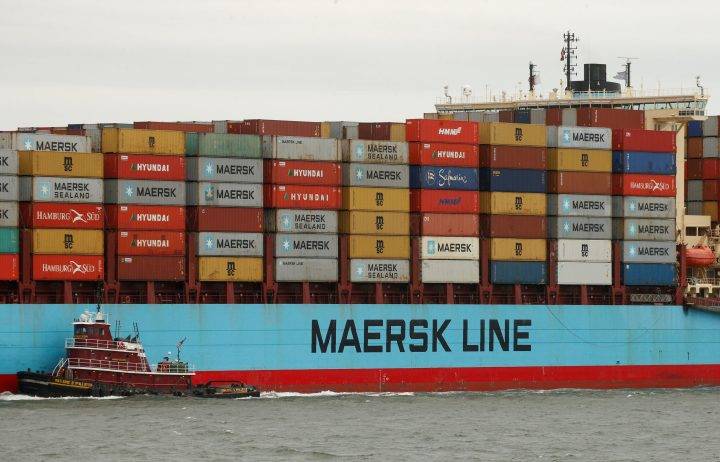 COPENHAGEN — Maersk, the world’s biggest container shipper, aims to be carbon neutral by 2050, in a challenge to the rest of the world’s fossil fuel-dependent fleet.

Denmark’s Maersk said on Wednesday it aimed to have carbon neutral vessels commercially viable by 2030 by using energy sources such as biofuels and would cut its net carbon emissions to zero by 2050.

The shipping industry, which carries around 80 percent of global trade, accounts for 2.2 percent of CO2 emissions, the UN’s International Maritime Organization (IMO) says.

But along with aviation, it avoided specific emissions-cutting targets in a 2015 global climate pact which aims to limit a global average rise in temperature.

However, the United Nations shipping agency reached an agreement in April to cut CO2 emissions by at least 50 percent by 2050 compared with 2008 levels.

Delegates from more than 190 nations are meeting in Poland to flesh out how to reach commitments made under the Paris Accord to keep the rise in global temperature below 2 degrees Celsius this century.

“The only possible way to achieve the so-much-needed decarbonisation in our industry is by fully transforming to new carbon neutral fuels and supply chains,” Maersk’s Chief Operating Officer Soren Toft in a statement.

Given the 20-25 years lifetime of a vessel, the industry would now have to start developing new types of ships that will be crossing the seas in 2050, Maersk said.

Maersk said CO2 emissions per container had been reduced by 46 percent since 2007.

Denmark and Britain are the top countries when it comes to implementing measures to fight climate change, although Britain has lagged in phasing out fossil fuel subsidies, a report published by academics said on Wednesday.

Ariana Grande Teased Her New Album, Calling It Her Most "Honest" Work Yet