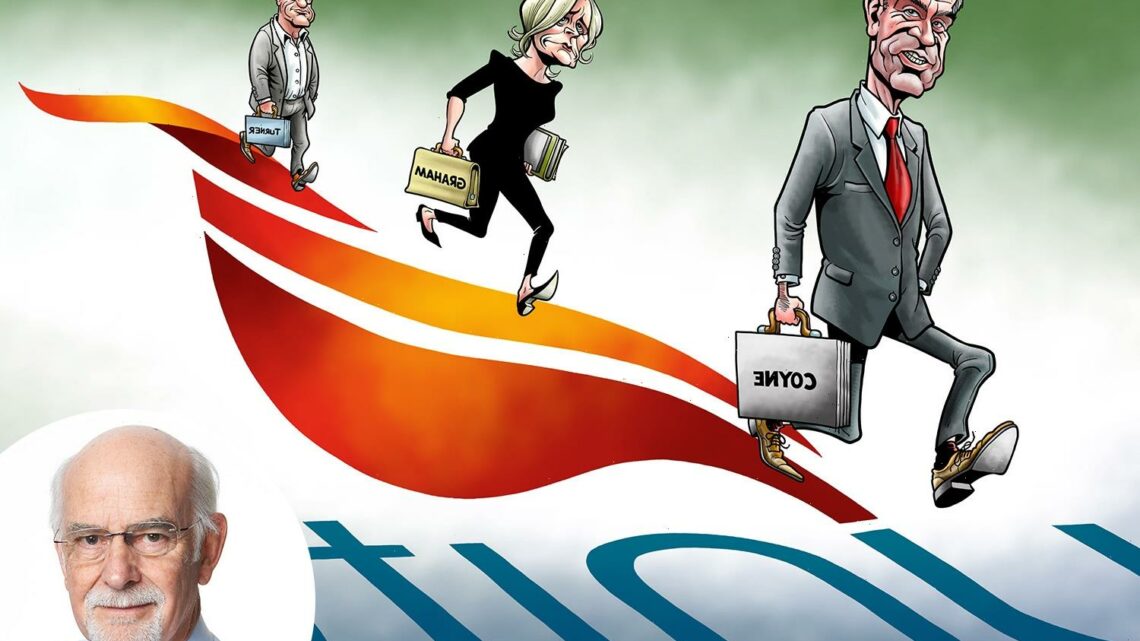 Workers of the world Unite… to beat the Left

TOMORROW more than a million letters carrying Unite logos will drop on doormats across the UK.

They will offer union ­members a chance to choose their new general secretary. 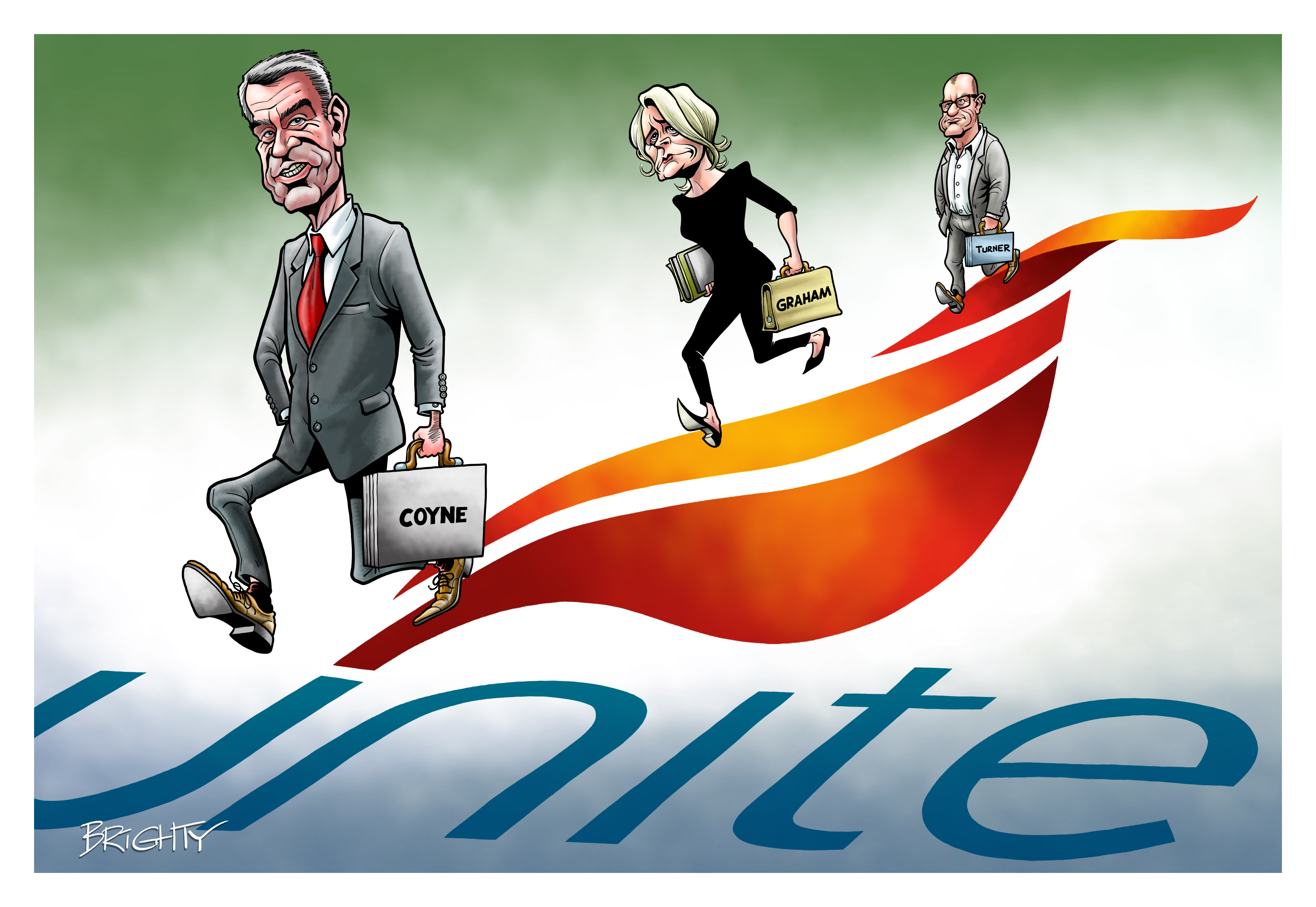 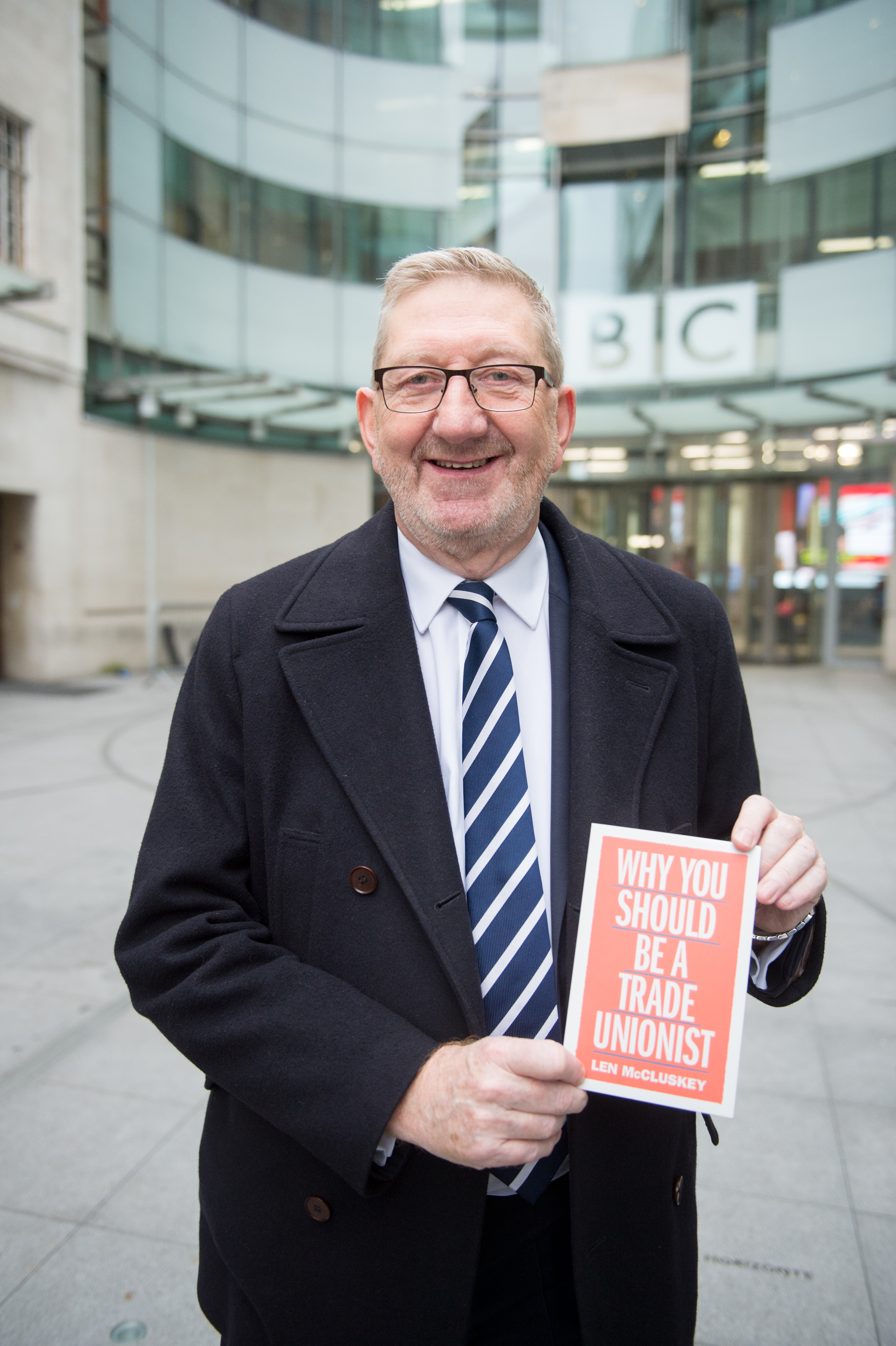 Please don’t throw them in the bin.

You have in your hands nothing less than a chance to save British democracy.

This vote will decide if ­Parliament can field a real Leader of the Opposition — a viable alternative to the Tories — or a puppet tied to the purse-strings of hard-left extremists.

It would set Keir Starmer free to change Labour Party rules, kick out terrorists’ friend ­Jeremy Corbyn and shunt ­deputy leader and arch-rival Angela Rayner on to the back benches.

All this would be possible under a new general secretary ready to fight for members’ rights instead of plotting non-stop political mayhem.

The ballot follows “Red Len” McCluskey’s decision to retire early as the most powerful ­figure in the Labour movement and its biggest cash donor from Unite’s deep pockets.

By-elections come and go, but this little-noticed contest will affect the shape of Britain for decades to come.

Unite members form the backbone of the UK economy in shipbuilding, construction and trucking, including the Sun’s famous White Van Man.

Indeed, many members are Sun readers, Brexit supporters and Red Wall Tory converts in the Midlands and the North. 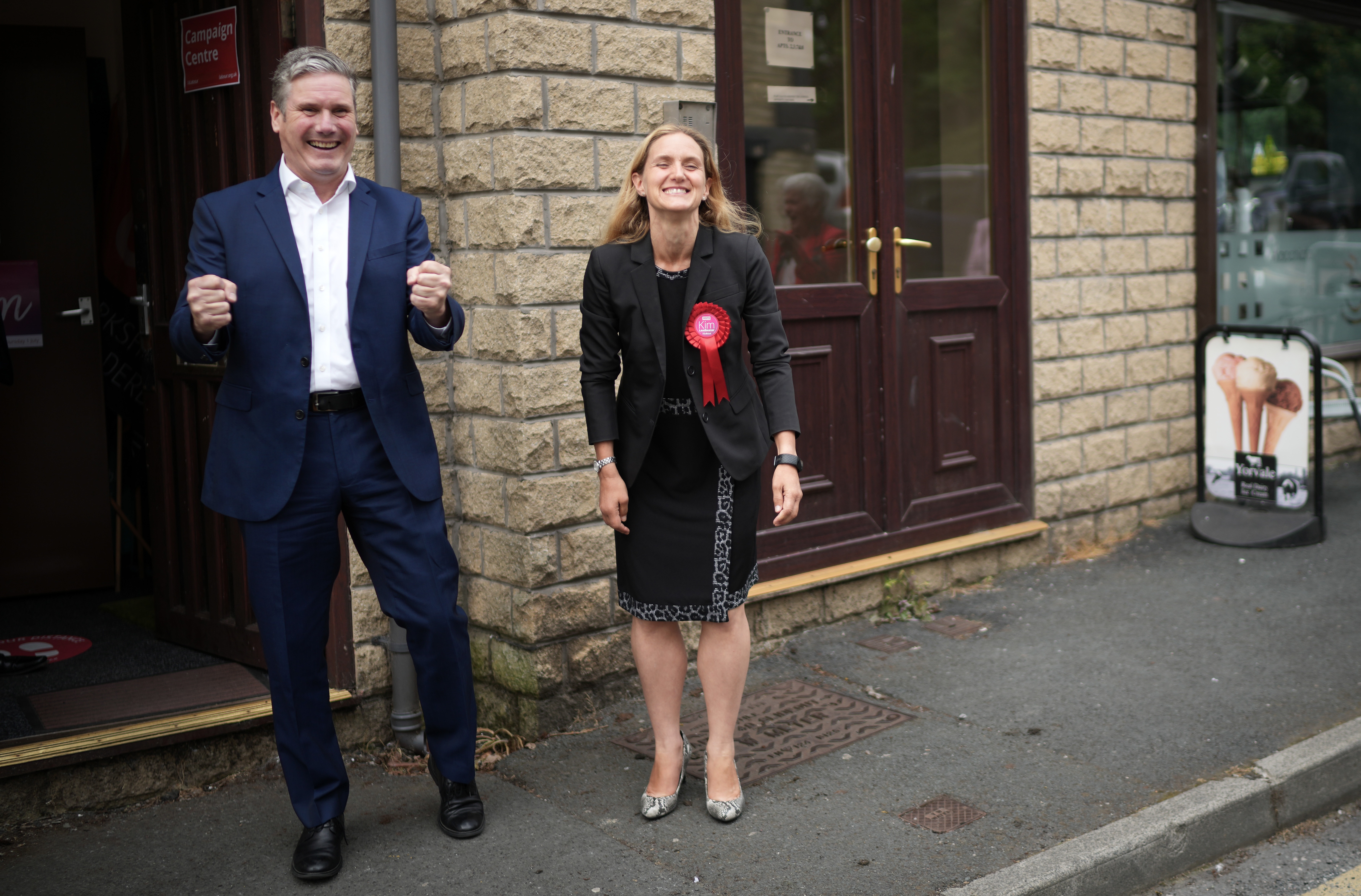 “Unite members who voted for Brexit expect the promise of an end to uncontrolled EU immigration to be kept, and will feel betrayed if it is not,” he says.

Coyne has been a target of rivals’ claims about “grubby backroom deals” to stitch up the union’s leadership.

“That would be both anti-democratic and a betrayal of Unite members’ rights,” he retorts.

“It also shows they are running scared and desperate to block real change.”

The stakes are high.

Thanks to crass ex-leader Ed Miliband, Labour membership and the right to vote is open to anyone with a few quid to spend — an opportunity grabbed by Trots, Marxists and the old Militant Tendency infiltrators.

Now they are out to get Starmer.

Only a wafer-thin surprise victory at Batley and Spen saved Starmer being dumped and replaced by Corbyn ­protégé Rayner.

Regular readers will know I am no fan of Starmer, a ­leadership dud who escaped humiliation by a 323-vote ­whisker.

He trails hopelessly behind Boris Johnson in the polls.

Seven out of ten party members would prefer Manchester mayor Andy Burnham — who isn’t even an MP.

But all governments need to be held to account by a proper Opposition.

And Boris, perhaps more than most, needs the spur of competition.

“Keir needs to up his game,” he told The Sun on Sunday.

“But if plotters think reverting to the hard Left is the answer, then we are doomed. 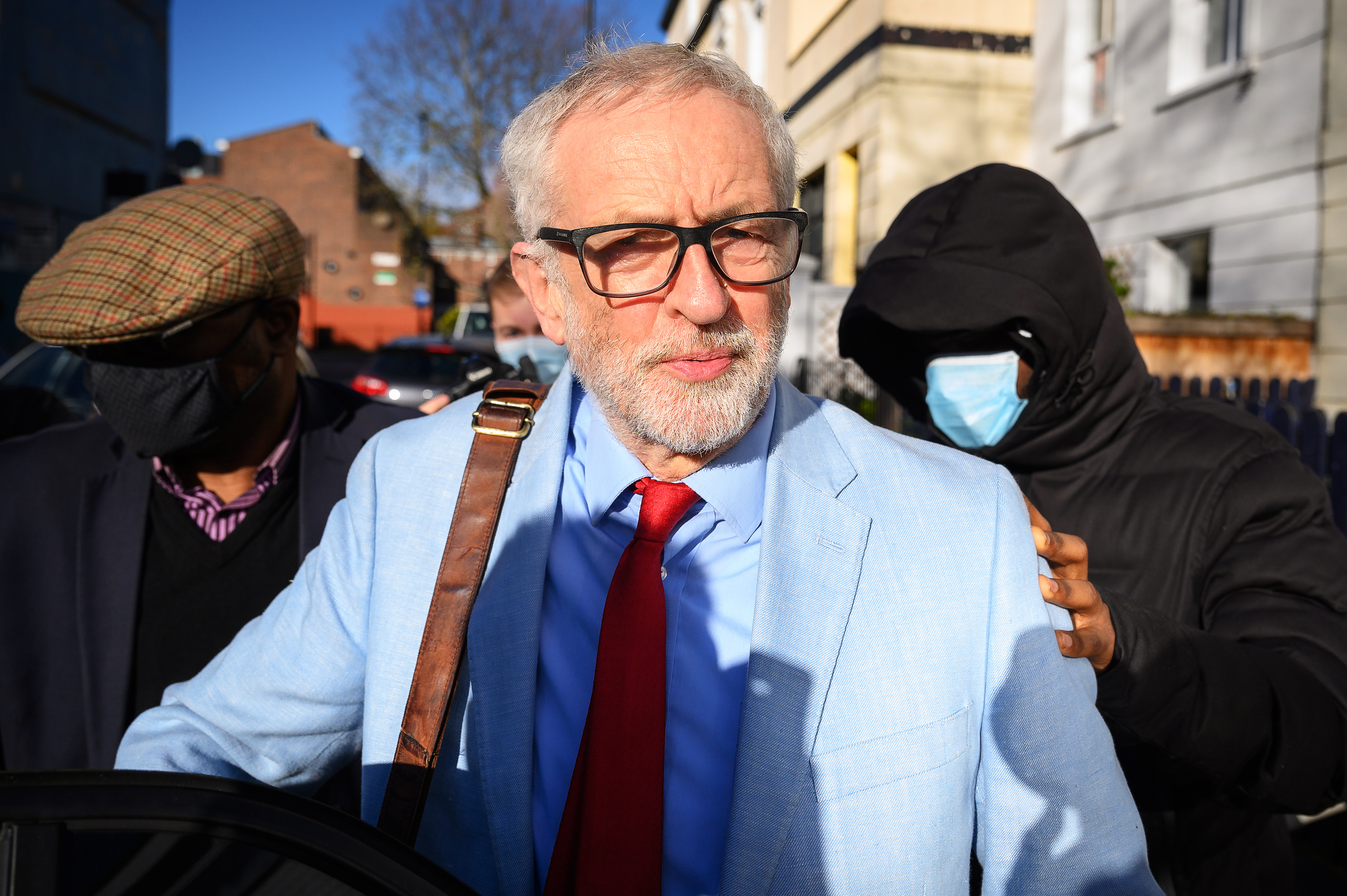 “It is time to put division to one side and have a rigorous dialogue about future direction, not only for the Labour Party but for the country.”

A Coyne victory might not save Starmer indefinitely, but it would certainly stymie the loony Left.

That was on a derisory 12 per cent turnout.

The hard Left can always be relied on to vote — and vote early. Everyone else is too busy with real life.

This time, Unite members who want an end to division and conflict should strike while the iron is hot.

Don’t leave your ballot paper on the fridge until it’s too late.

Fill it in now and return it by the next post.

You’ll be doing everyone a favour.

FREE at last! The Sun did Britain a huge favour last week with our “Hancock – The Movie” scoop.

Nothing else would have dislodged this limpet’s grip on our daily lives.

Since then, it’s been like waking from an anaesthetic to find test-and-trace manacles and Covid leg irons being unlocked and removed.

New Health Secretary Sajid Javid’s comforting bedside ­manner and vow of freedom from July 19 are a relief from the teasing menace of his predecessor.

Even an ­overseas family holiday in the late summer sun.