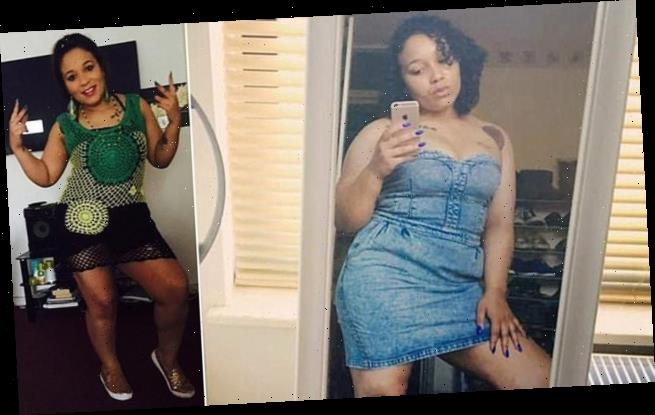 Woman is jailed after sending severed pig’s head to former lover, calling him more than 100 times a day and slating his partner’s restaurant online during stalking campaign 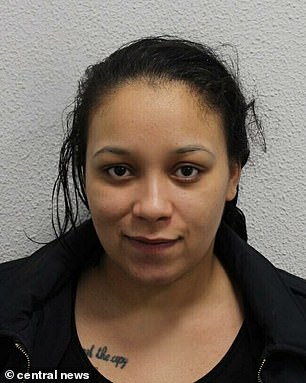 Tia McBean, 33, has been jailed for 15 months following a prolonged stalking campaign

A woman who sent her ex-boyfriend a pig’s head in a ‘horrible and gratuitous act of spite’ during a prolonged stalking campaign has been jailed for 15 months.

Tia McBean, 33, also bombarded Oralton Robinson, 35, and his long-term partner with phone calls and ordered pizzas to their home – and continued the harassment even after she was made the subject of a restraining order.

She became pregnant during a short relationship with Mr Robinson after they had met in a pub in May 2018, Woolwich Crown Court heard.

Prosecutor Matthew Dalton said in an earlier hearing: ‘Oralton Robinson explains he had a short relationship with Tia McBean in 2018 for a few months when he was with his partner, Arkeyia Bish.

‘Ms McBean told him she had Bipolar disorder, which was when he started to distance himself from her.

After they split up, McBean then sent abusive text messages, knocked on his door late at night, left notes and at times made more than 100 phone calls a day.

She also targeted the restaurant run by Mr Robinson’s partner, sending Facebook messages to regular customers falsely claiming she had seen a man carrying out a sex act in a cooking pot.

McBean ordered so many pizzas to the couple’s home that the receipts filled four double-sided pages of evidence, and Mr Robinson even found a delivery driver outside his home after returning from the police station to report the unwanted food.

Prosecutor Matthew Dalton told a previous hearing: ‘At about 8.50am he was working at the restaurant when a delivery was made. He thought it was from a catering company.

‘He opened it… it was a pig’s head. He didn’t expect this and would never order anything like this. They only served halal meat at the restaurant.’ 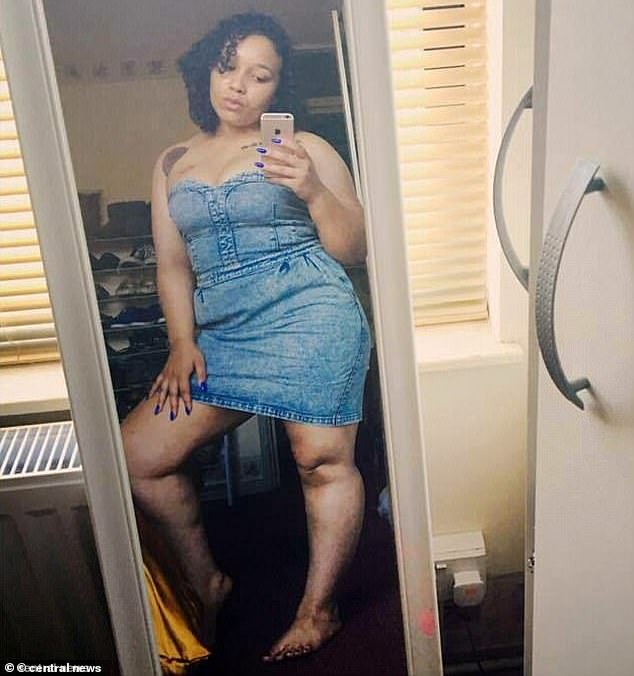 The court heard that a vegan employee said in a statement: ‘As soon as I saw it, I felt sick. It really wasn’t nice for me at all. It made me feel nauseous and I did throw up.’

Judge Ruth Downing sentenced her to 15 months in jail and extended her restraining order until May 31.

Sentencing McBean, she said: ‘This was a course of conduct in breach of restraining orders and was aimed specifically at Mr Oralton Robinson and his long-term partner.

‘The breaches are of an offensive rather than violent nature… restraining orders are given in a variety of places which covers a gamut of conduct.

‘The main feature of this conduct has not been one of violence but a loss of peace and quiet.

‘I don’t entirely discount that there was a genuine degree of apprehension (from Mr Robinson and his partner) that the conduct could escalate if your calls and your abuse did not achieve whatever it was you were out to achieve.’ 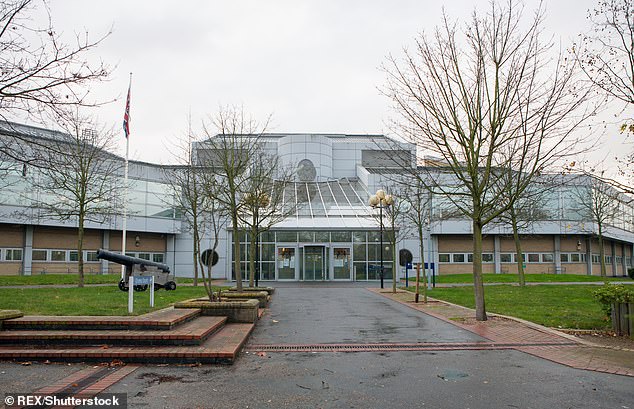 Woolwich Crown Court, London. Judge Ruth Downing sentenced McBean to 15 months in jail and extended her restraining order until May 31

Judge Downing said the criminal damage suggested McBean’s campaign was ‘getting out of hand’.

‘Matters reached a very unpleasant stage when you sent a package that when opened… revealed that there was a pig’s head inside, which was a horrible and very gratuitous act of spite,’ she said.

She added that reviews of Mr Robinson’s partner’s restaurant by McBean were ‘deeply unpleasant, unnecessary, hurtful, irksome and worrying’.

James Hasslacher, defending, said: ‘This was an irrational approach to the breakdown of a relationship.’

Referring to McBean’s guilty pleas he said: ‘It is a move by her that I hope the court can see is an optimistic way forward.’

He added it was a ‘matter of record’ that Mr Robinson had previously been convicted of assaulting McBean.

‘This was a toxic relationship that descended into this quite irrational behaviour,’ he said.

McBean, of Besson Street, New Cross, was previously remanded in custody and is due to be released on licence in mid-March.

A further restraining order will be put in place in due course.