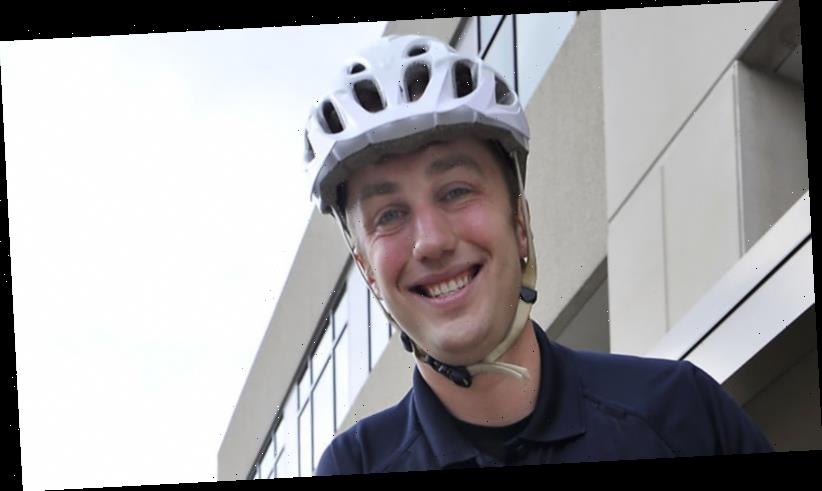 The white police officer who shot Jacob Blake, paralysing the black man and setting off civil unrest in Kenosha, Wisconsin, has served on the city's police force for seven years and once told a local newspaper he had always wanted to be a policeman.

Wisconsin officials have identified Rusten Sheskey, 31, of the Kenosha Police Department as the man who shot Blake, 29, multiple times in the back on Sunday as Blake was opening the door of his car where three of his children were sitting. 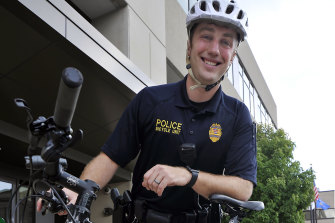 The officer's records show that he was suspended for one day in 2017 for a driving-related infraction.

The shooting, captured on video by a bystander, sparked four nights of protests that at times erupted into arson and widespread vandalism. On Tuesday night, a white, 17-year-old self-styled militia member shot three people, killing two, authorities said. The teenager, Kyle Rittenhouse, was arrested on Wednesday and charged with homicide.

Blake's shooting was the most recent in a long series of often-deadly incidents involving black men, women or children and police or self-styled vigilantes. The May 25 killing of George Floyd, in which a Minneapolis police officer knelt on Floyd's neck, touched off a summer of nationwide protests.

Sheskey — who is now on administrative leave, routine in police-involved shootings in Kenosha — did not respond to emails seeking comment. He joined the city's police department in 2013 and has been part of a unit that patrols by bicycle. Before that, he was a University of Wisconsin-Parkside police officer for about three years.

The Kenosha News in a 2019 article quoted Sheskey as saying "for the most part" he had always wanted to be a police officer. Sheskey's grandfather also worked in the Kenosha Police Department.

"What I like most is that you're dealing with people on perhaps the worst day of their lives and you can try and help them as much as you can and make that day a little bit better," Sheskey told the newspaper's series spotlighting local residents. "We may not be able to make a situation right, or better, but we can maybe make it a little easier for them to handle during that time."

Public records link Sheskey to a home in Kenosha, a city of about 100,000 people near Lake Michigan and about 55 kilometres south of Milwaukee.

In 2017, he was suspended for one day without pay for violating department policies and procedures related to department vehicles, according to a city record. The details of the violation were not provided.

Sheskey grew up near Kenosha in the Milwaukee suburb of Waukesha. In 2010, he registered to vote as a Republican.

Last December, he and his now-ex wife filed a joint petition for divorce, court records show.

Blake survived Sunday's shooting despite wounds to his spine and multiple organs, and may be permanently paralysed, lawyers representing his family said.

The Wisconsin Department of Justice said on Wednesday that investigators found a knife on the driver's side floorboard of Blake's car.

Investigators also said police had used a stun gun on Blake during an attempt to arrest him as part of a domestic dispute, and that Blake had admitted to them that he had a knife. They did not say he had threatened anyone with it.

Civil rights attorney Ben Crump, who represents the Blake family, disputed the report he had a knife.