Home » World News » Will Republicans flip the House in midterm elections? These 12 races will tell the story.

Will Republicans flip the House in midterm elections? These 12 races will tell the story.

Control of the House of Representatives is on the ballot in November and, with it, the ability for President Joe Biden to achieve much of his remaining political agenda.

Democrats currently control the House and Senate, but historical trends and numerous polls suggest that Republicans will flip at least the House in November.

But that win looks less certain now than it did earlier this year, with factors like the Supreme Court Dobbs decision overturning a national right to abortion boosting Democratic odds.

“Three months ago, it looked like a category five hurricane was heading for President Biden and House Democrats,” wrote Dave Wasserman of the nonpartisan Cook Political Report.

“Today, not only has it weakened to a tropical depression, but GOP primaries have thrown Democrats enough sandbags to give them a plausible, if still unlikely, scenario to stave off a Republican majority,” he added.

Stay updated on these races: Sign up for the OnPolitics newsletter

Here are 12 House races to watch in November that could help determine control of the chamber (* denotes incumbent): 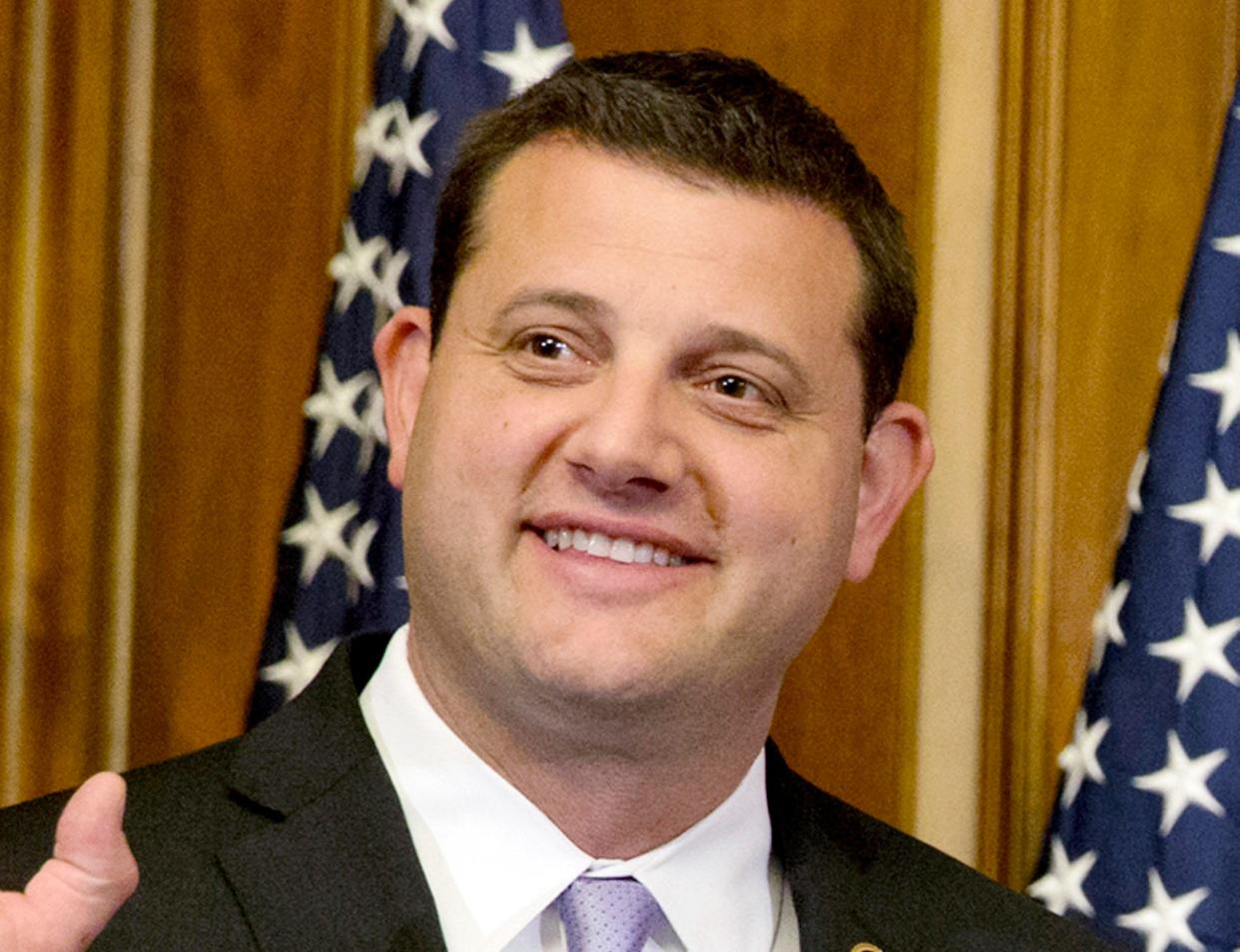 Rep. David Valadao is one of the 10 House Republicans who voted to impeach former President Donald Trump last year, and the only one to not face a Trump-backed primary challenger. Valadao still faced two challengers from the right during the primary, but did well enough to make it on to the ballot in November.

10 House Republicans voted to impeach: How are they faring now?

While he is one of the only two GOP impeachment backers to reach the November election, Valadao is among the most vulnerable incumbents this cycle. He faces a tough reelection battle in this agriculturally key Central Valley district, which became more Democratic following redistricting.

Democrats are excited about their candidate in the race, state assemblyman Rudy Salas. Salas has the backing of the Congressional Hispanic Caucus’ campaign arm and the Blue Dog PAC, which backs centrist Democrats.

Colorado gained a seat following the 2020 Census count, and the new lines are competitive: President Joe Biden won the area in 2020, while Trump won it in 2016. The district is more than 30% Hispanic, and extends north from the Denver suburbs to Greeley.

Democrats hope to make abortion a key issue in the race. State Rep. Yadira Caraveo, a Mexican American pediatrician, is the party’s nominee. 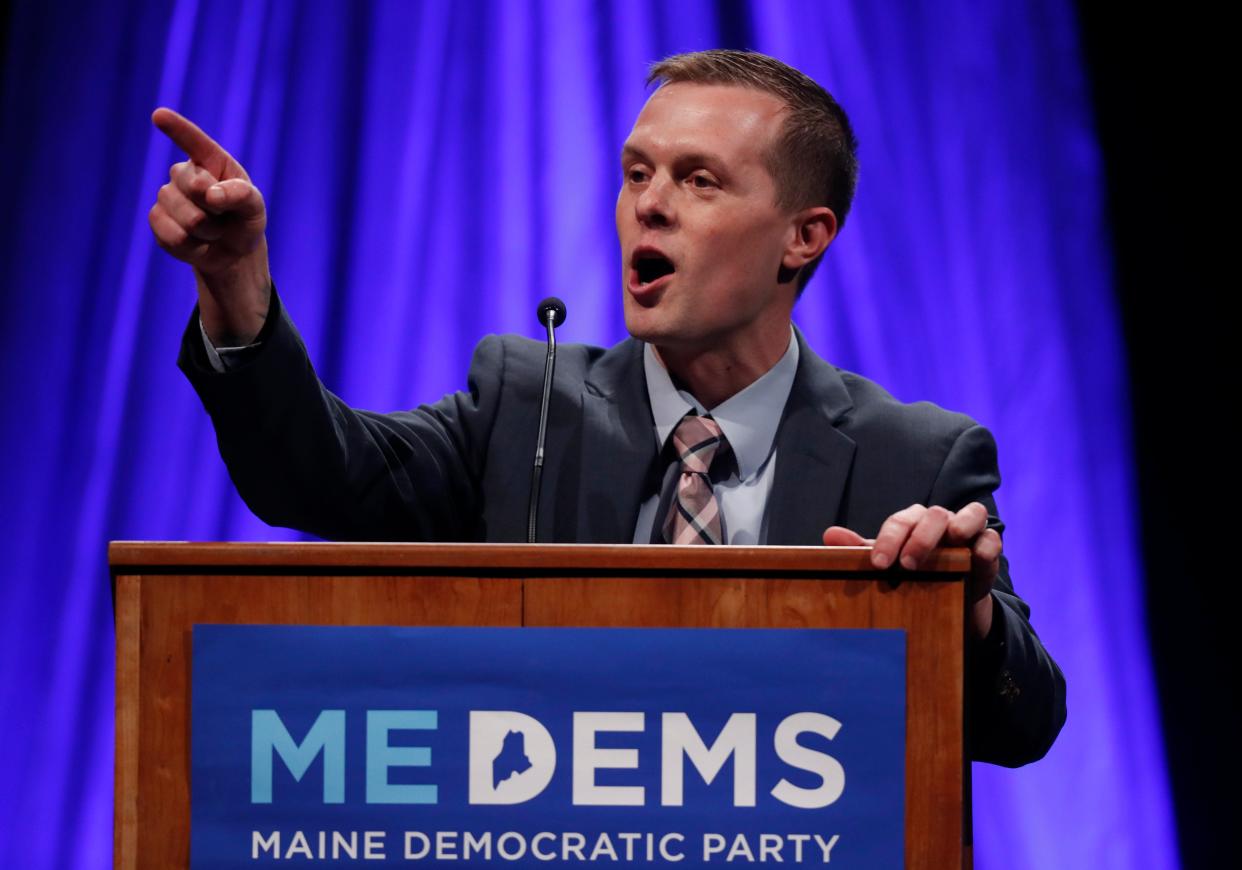 Trump carried this largely rural district by 6 points in 2020, so the odds are against incumbent Democratic Rep. Jared Golden. But Golden, a former Marine and one-time staffer to GOP Maine Sen. Susan Collins, has taken steps to distance himself from the national party by voting against Biden’s Build Back Better and the American Rescue Plan.

Maine voters are faced with a ranked choice rematch, with Golden facing his 2018 opponent former GOP Rep. Bruce Poliquin. Their last face-off was the state’s first Congressional race decided by ranked choice voting where Golden eked out a 50.5%-49.5% win.

Poliquin previously represented the Northern Maine district. He was first elected to the seat in 2014, before losing to Golden four years later.

Rep. Elissa Slotkin is running in Michigan’s newly drawn 7th district. The district is anchored around Lansing. Biden carried the seat by less than one point in 2020, and Trump carried it in 2016.

Slotkin was first elected in 2018, when she flipped a traditionally GOP seat. She previously served in the Department of Defense and the Central Intelligence Agency.

She faces a top Republican recruit: state Sen. Tom Barrett. Barrett is an Army veteran who previously served in the state House.

Voters are yet to select the Republican nominee to face incumbent Democratic Rep. Chris Pappas in this district Trump won in 2016 and Biden in 2020. Republicans will vote in the GOP primary in mid-September.

Mowers served in the State Department under Trump, and is the frontrunner in the crowded primary this cycle. Other candidates include former Trump White House assistant press secretary Karoline Leavitt, who would be 25 at the time of election – the minimum age requirement to serve in Congress – and Gail Huff Brown, a former journalist and the wife of former Sen. Scott Brown, R-Mass. 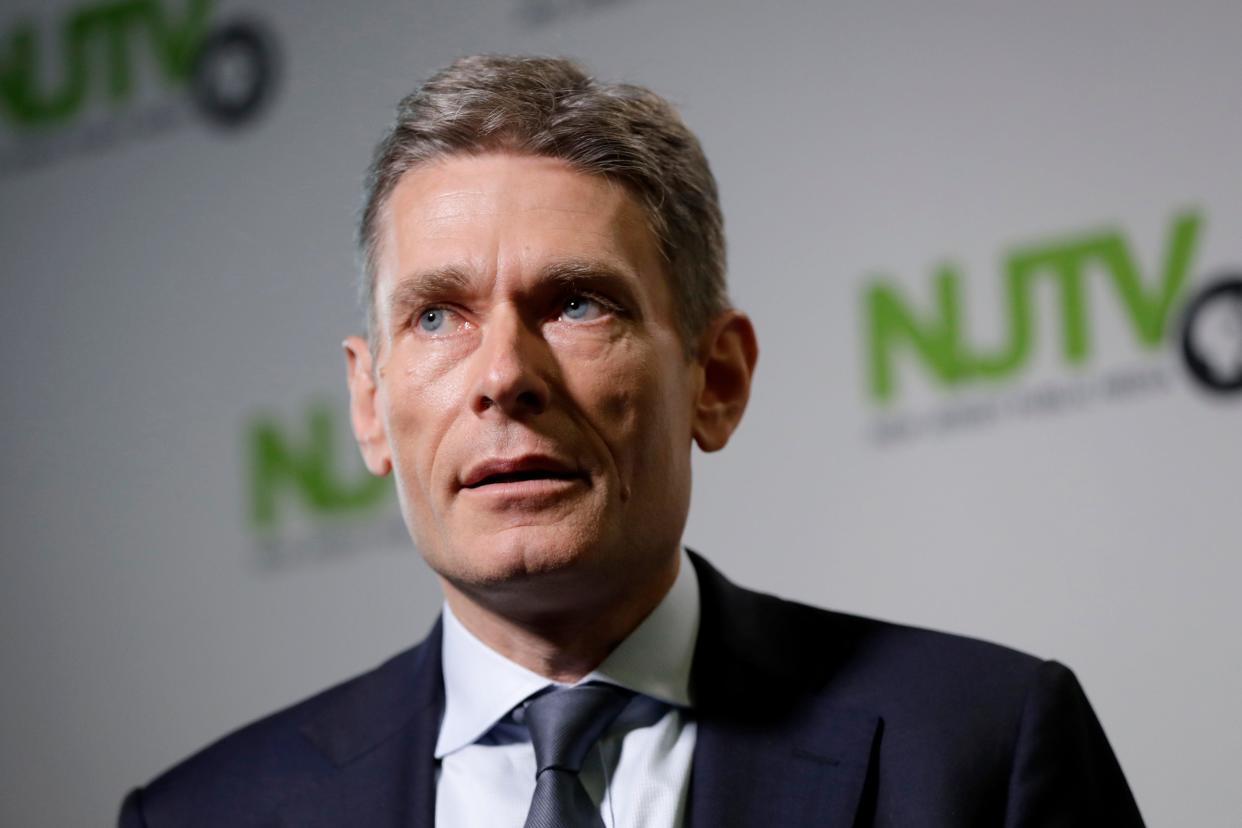 Incumbent Democratic Rep. Tom Malinowski is up for reelection in this New Jersey district the Cook Political Report rates as a seat that leans Republican. Biden won the district in 2020, after Trump won it in 2016.

Malinowski was elected in 2018, and previously served as the Assistant Secretary of State for Democracy, Human Rights, and Labor under the Obama administration.

He faces Republican state Sen. Tom Kean, Jr., a moderate son of a popular GOP governor who beat out several challengers to his right to win the nomination. The two faced off previously in 2020, with Malinowski defeating Kean, 50.6%-49.4%. In a non-presidential year with Republicans expected to retake the House, that close win could flip in Kean’s favor in this rematch. 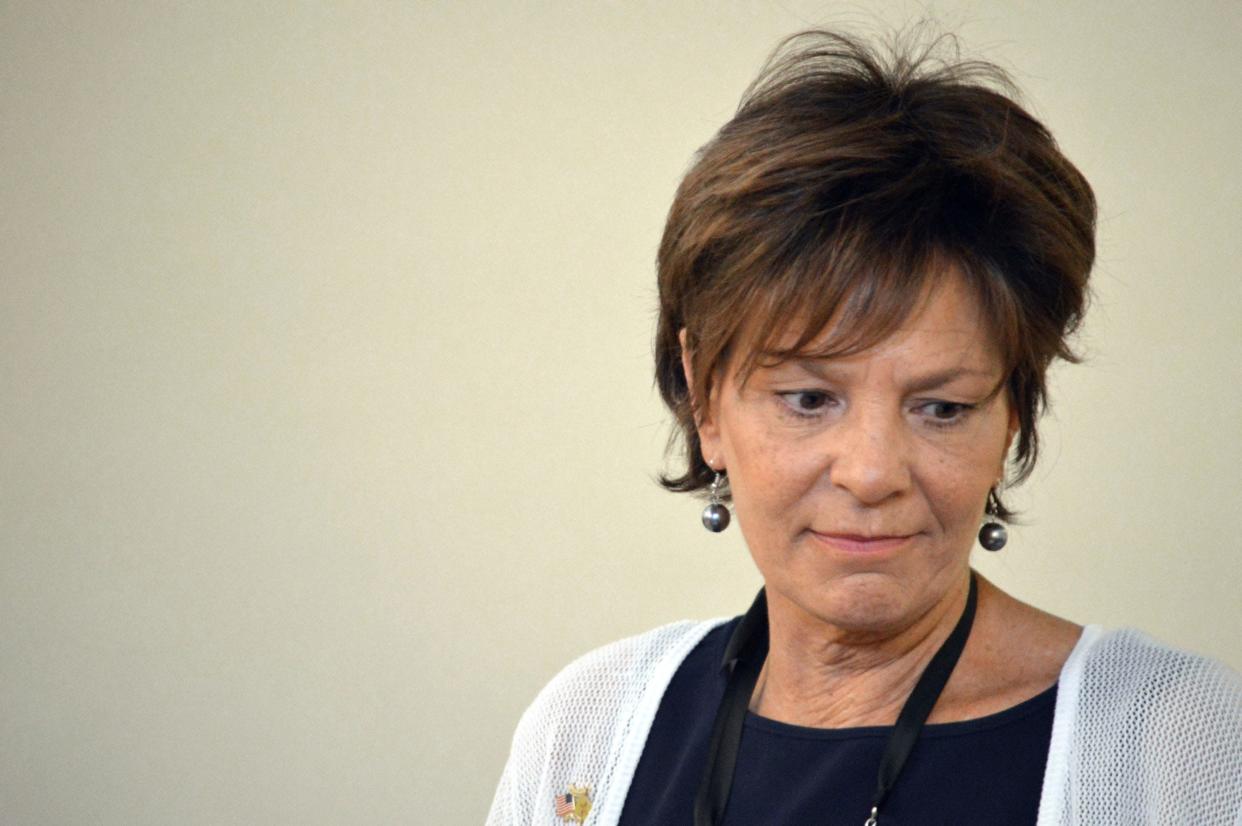 Herrell previously served in the state House and is serving in her first term onCapitol Hill. A citizen of the Cherokee Nation, she is the first GOP Native woman to serve in Congress.

Herrell faces Democrat Gabe Vasquez, who previously worked for New Mexico Sen. Martin Heinrich and served as a Las Cruces City Councilor. Vasquez is a first generation American who has stressed his personal story growing up in both the U.S. and Mexico, a bio that fits well with this border district. 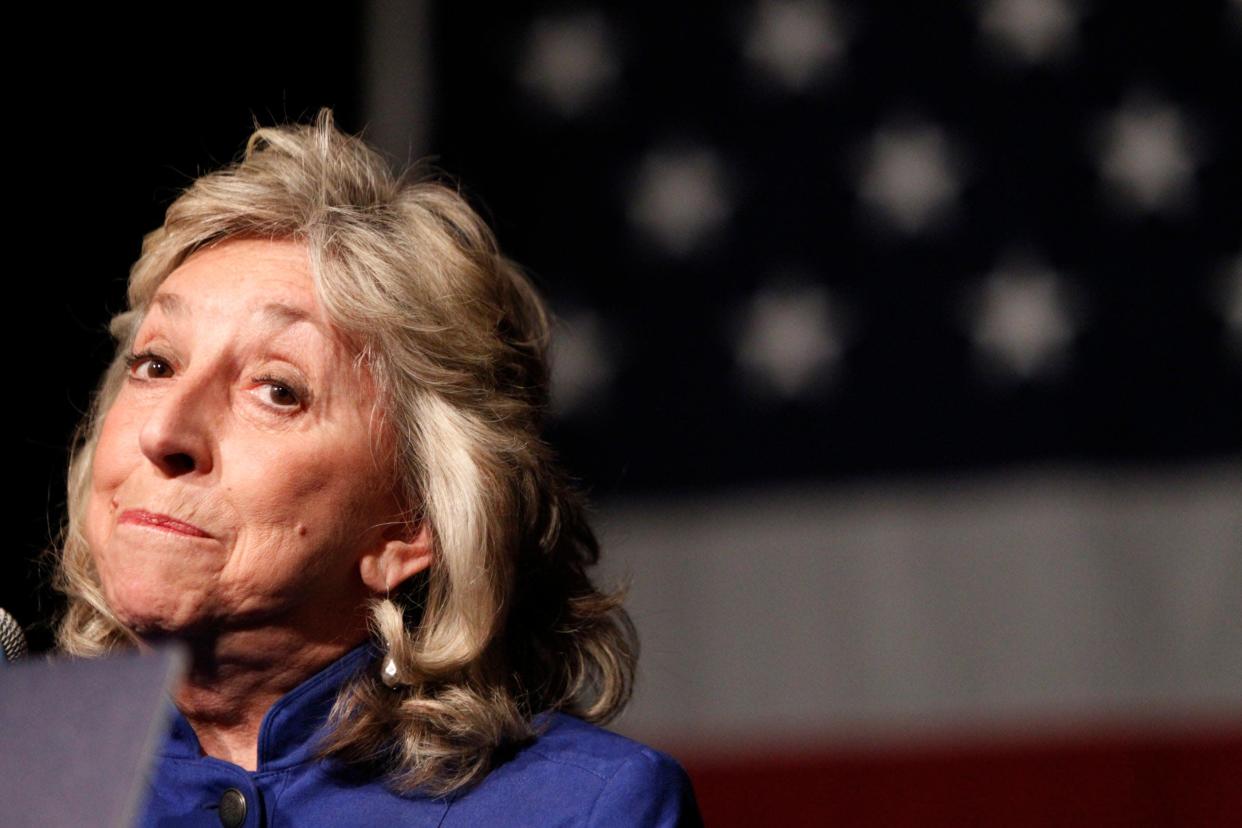 Democratic Rep. Dina Titus’s once-safe seat was redrawn during redistricting to be more competitive. The district now contains part of Las Vegas, as well as Boulder City and Henderson. It is more than 30% Hispanic or Latino.

Titus was elected in 2012 and is the dean of Nevada’s Congressional delegation. She previously served as Democratic Majority Leader in the state Senate and worked as a college professor.

She faces GOP challenger Mark Robertson, a financial planner who previously served in the military, including as a senior advisor in the Office of the Secretary of Defense. 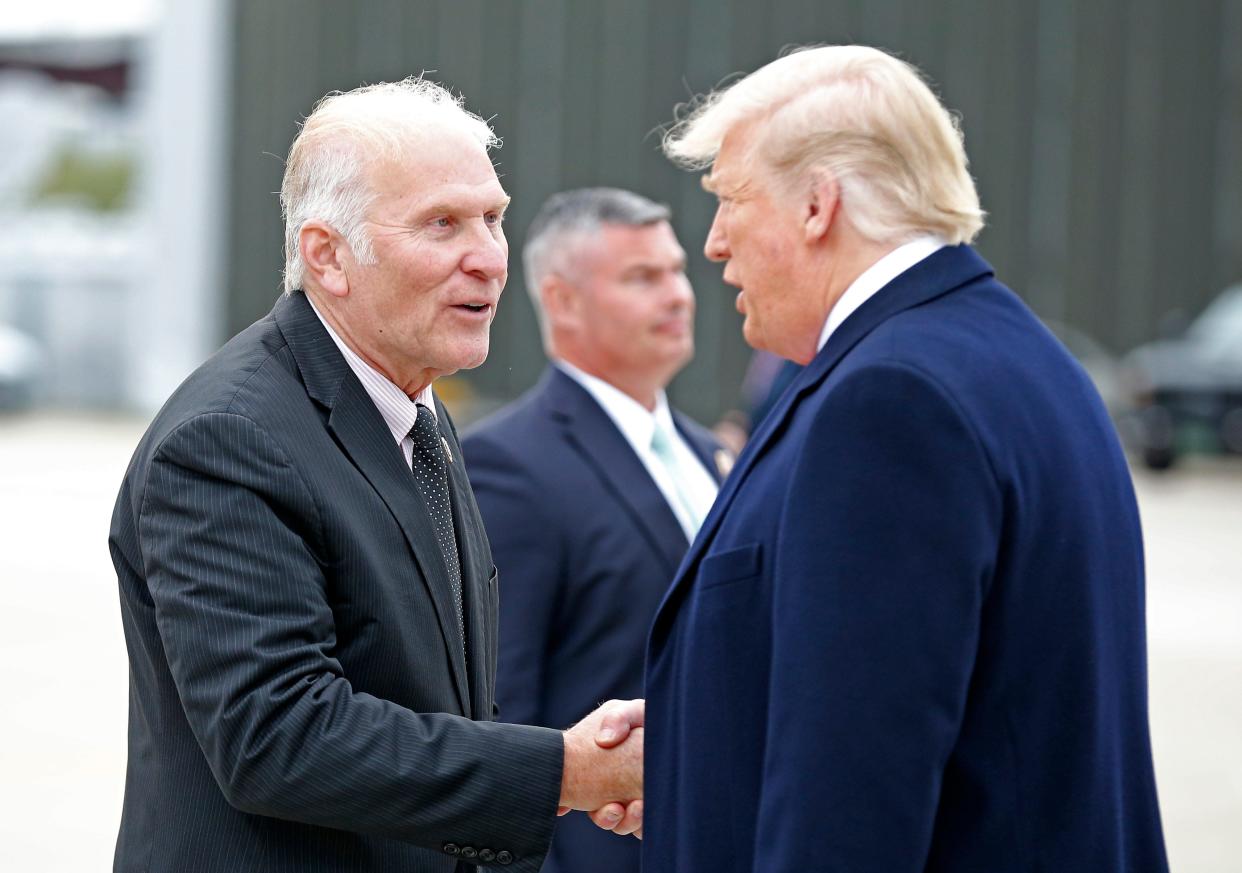 Longtime GOP Rep. Steve Chabot has represented this southwest Ohio district for more than a quarter of a century since his election in 1994, even acting as a House impeachment manager during the impeachment trial of former President Bill Clinton.

But the previously safe Republican seat was redrawn. His new district covers an area Biden won during redistricting by almost nine points.That gives Democrats a rare pickup opportunity to flip the seat.

The Democratic candidate in the race is Cincinnati City Councilman Greg Landsman, a former public school teacher. Chabot has easily fended off Democratic challengers in recent years but with the new lines, the nonpartisan Cook Political Report rates the race as a “toss-up.” 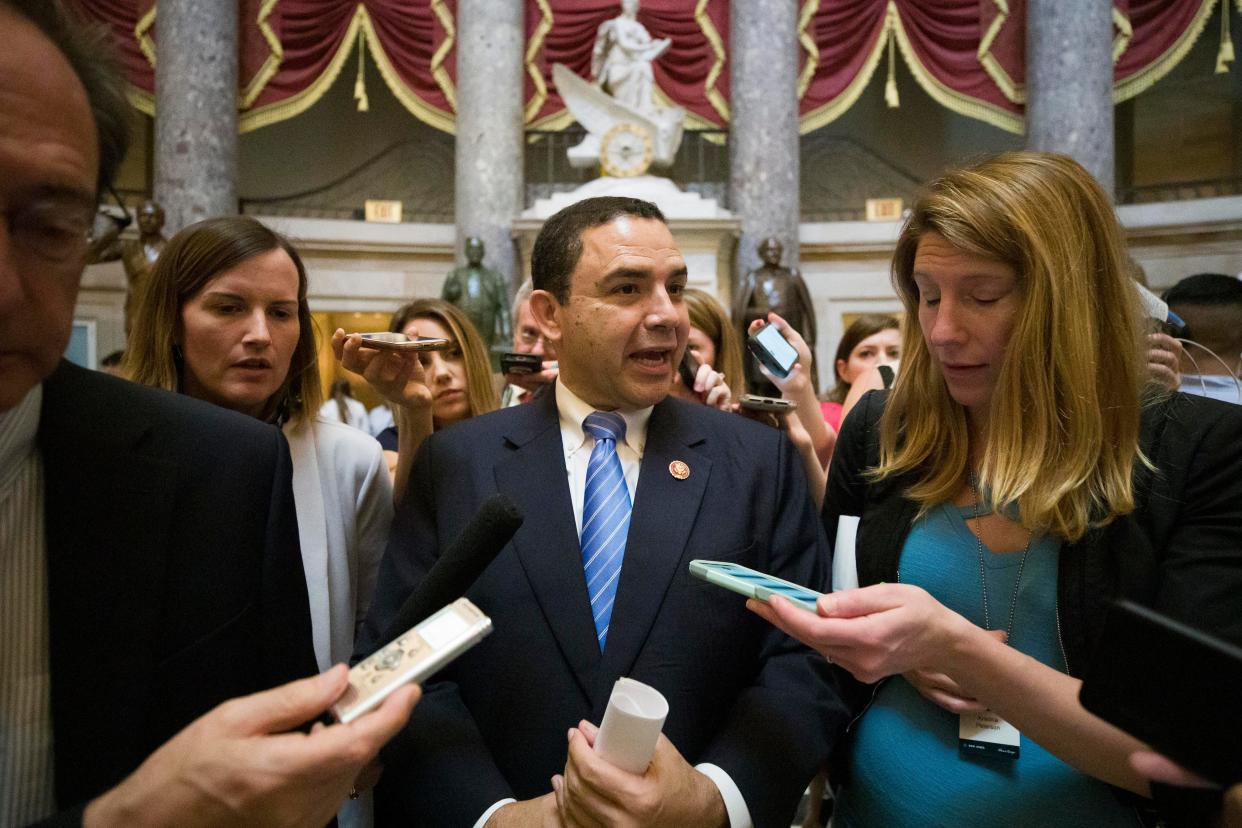 Rep. Henry Cuellar is one of the last surviving anti-abortion Democrats, and he barely survived a primary challenge. Cuellar is a conservative Democrat who has served since 2004, but legal troubles and a strong GOP candidate make this a competitive race.

Cuellar – weakened by an FBI investigation earlier this year – faced a strong primary challenge from immigration attorney Jessica Cisneros. It’s the second time the two candidates have faced off, and Cuellar narrowly defeated Cisneros by less than 300 votes.

He faces Cassy Garcia in the general election for this Laredo border seat that is more than 70% Hispanic or Latino. Garcia most recently worked for Texas Sen. Ted Cruz and was appointed by Trump to serve as a commissioner for the White House Hispanic Prosperity Initiative.

Rep. Abigail Spanberger, D-Va., is in the political fight for her life against her Republican opponent, Prince William County Supervisor Yesli Vega.

The National Republican Campaign Committee has aggressively targeted Spanberger in hopes of taking back control of the House. Spanberger, a moderate Democrat, has twice defeated Republicans. In 2018 she unseated Tea Party Republican incumbent Dave Brat when she was first elected to the House. She then beat state Del. Nick Freitas in 2020 to win reelection.

Democrats in the district have rallied voters following the Supreme Court’s decision overturning the landmark 1973 Roe v. Wade ruling that legalized abortion. The Democratic Party of Virginia slammed Vega’s anti-abortion views as “too extreme” for the district and Spanberger recently launched an ad against Vega’s abortion views.

Stay updated on the top House races: Sign up for the OnPolitics newsletter

This article originally appeared on USA TODAY: 12 House congressional races to watch in the 2022 midterm elections