Joseph Long might have voted Democratic in Tuesday’s California primaries – if, he said, those candidates had made a strong argument on immigration.

Instead, the 25-year-old construction worker and political independent said he’ll cast his ballot for Republican primary candidates because he’s worried about inflation and a rising cost of living.

“Both (parties) are missing something” on the immigration debate, he said.

Analysts said Long is hardly alone in his thinking.

As majorities of Republicans express belief in the tenets of the far-right white nationalist “great replacement” theory and Democrats fail to lead on immigration, analysts and voters said worries over surging prices, gun violence and more are crowding out a vital issue for much of the country.

Long is a white man in an adopted Hispanic family. His grandfather came to America from Mexico on a visa, joined the military and became a doctor in the Air Force.

Immigration issues in California and across the country “should probably receive more attention,” he said. 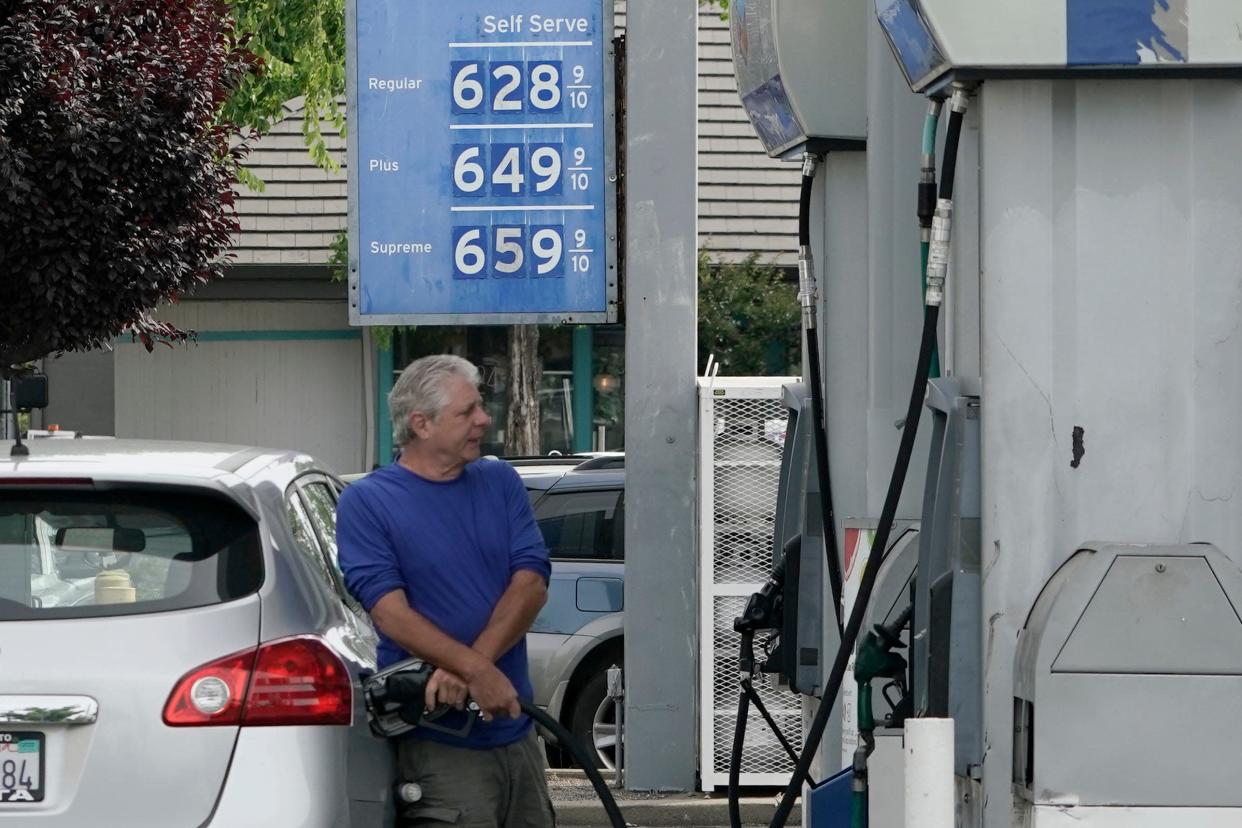 Among the states with primaries Tuesday, California has more than 11 million immigrants – more than any other state in the USA. At least 1 in 4 New Jersey residents is an immigrant, and immigrants make up 9% of the New Mexico population, according to the American Immigration Council.

Immigrants are essential workers on farms and in food service and hospitality sectors, among a range of other industries.

But immigration and troubles at the border are overshadowed by other anxieties on the minds of voters, including historic inflation, brutal acts of gun violence, expected overhauls to reproductive rights and the pandemic.

For example, Long is voting based on what he experiences every day: high gas prices, a large population of homeless peopleand high taxes.

‘I go hungry’: What parents sacrifice amid soaring inflation to feed their families

The average gas price in California was $6.25 a gallon Friday, according to AAA – the highest price in the country.

“Inflation is pretty intense,” said Long, who earns $16 an hour. “I work an hour of hard manual labor to afford one meal at a cheaper place such as Chipotle.”

He was a construction worker in Bakersfield for seven years before moving to Sacramento, where he is a computer science student and part-time barista.

“Absolutely, right now, the top-of-mind issues for everyone, including Latinos, are the pandemic, jobs, economy and rising cost of living,” said Clarissa Martinez, deputy vice president at Unidos, a nonpartisan Latino civil rights and advocacy organization.

“The economy, inflation, reproductive rights and guns are driving the conversation,” he said. “I’m not seeing much on immigration. Too many other issues are coming to the forefront.”

The immigration conversations that are happening are mostly led by Republicans, and Democrats have taken a back seat on the issue, Nikore said.

“Folks on the right complain about open borders, think we’re unprotected and that immigrants are flooding into the country,” he said. “And too many other issues are silencing immigration on the left.” 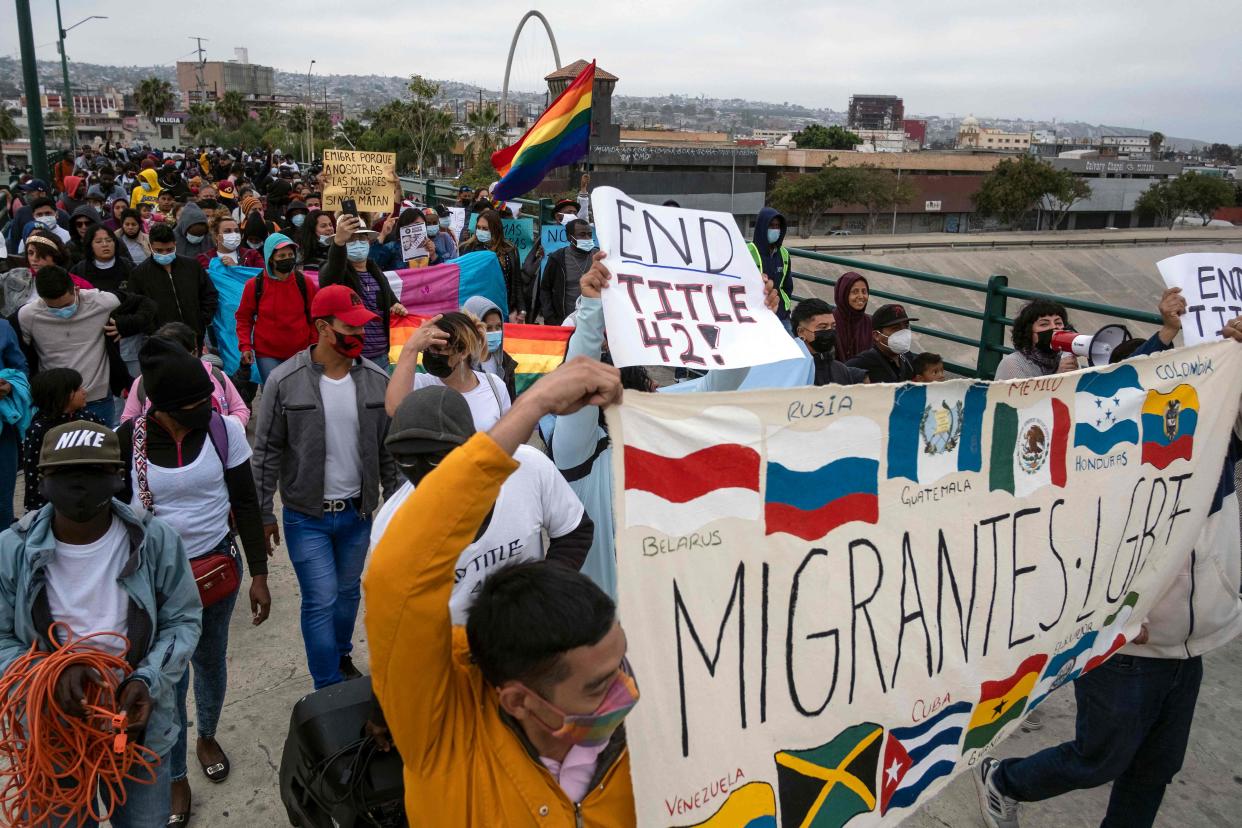 Polls show Democratic positions on immigration are in line with what the majority of Americans want, “but Democrats are not talking enough about those issues,” Martinez said.

Polls show more than 75% of Americans support legalization for undocumented immigrants and more than half support a pathway to citizenship and asylum for refugees fleeing oppression, according to Douglas Rivlin, communication director for America’s Voice, a nonprofit immigration advocacy organization.

Action on immigration has been slow, and Latino voters are growing weary, Martinez said. She pointed to lagging satisfaction among voters with President Joe Biden: 54% of Americans disapprove and 41% approve of the job he is doing, according to a survey in May by Gallup.

“Part of what we are seeing with the president’s low approval ratings is frustration at the lack of progress,” she said.

That frustration could keep some Hispanic voters home on Election Day, Martinez said.

Biden is losing support among Hispanics. About 60% dislike the job he is doing, a Quinnipiac University survey released last month found.

Rise of Trump and ‘great replacement’ 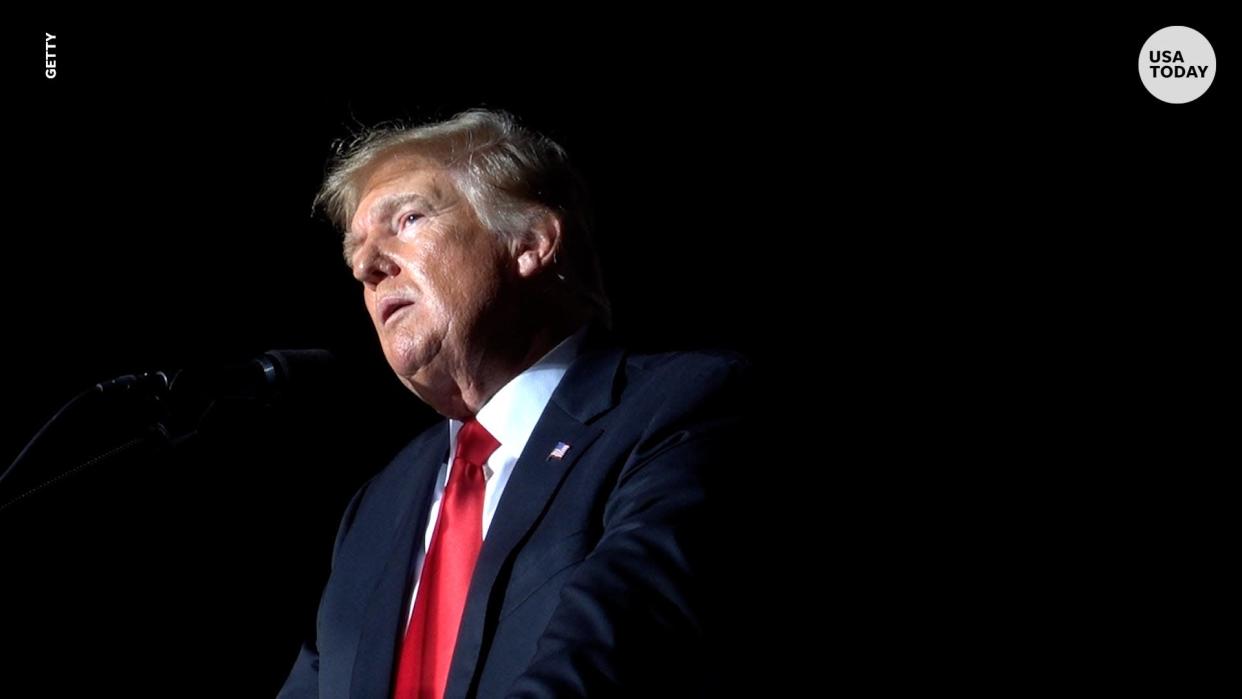 Some immigration advocates point to a loss of conservative partners who were once reliable bipartisan allies.

In 2007, President George W. Bush favored paving a road to citizenship as a way to address anxieties about the then-estimated 12 million undocumented immigrants in the country.

In both cases, the legislation failed, but it demonstrated a willingness on the right to compromise.

“What’s happened in this election cycle – because of the influence of Donald Trump and folks like him – is that you can’t even really find a Gang of 8 anymore,” said Brent Wilkes, a senior vice president with the Hispanic Federation. “You’ve got very few Republicans willing to step up and address the issue of comprehensive immigration reform.”

Trump’s debut campaign speech in 2015 declaring his White House bid started off with a warning about immigration, and as president, he focused on building a massive wall at the U.S.-Mexican border.

Republican strategists and other sources told USA TODAY late last year they wanted the 2022 midterms to be, in part, about immigration and the southern border.

That was before some GOP officials began to embrace the “great replacement” conspiracy theory, which holds that Democrats and other foes use immigration to change the country’s demographics for political gain.

Part of the rise of this nativist belief is connected to the country’s changing face: Decennial census data last year showed unprecedented multiracial population growth coupled with the first decline in the white population.

That has fueled immigration anxieties among conservative-leaning voters, according to surveys.

A poll in April by the Southern Poverty Law Center and Tulchin Research, for instance, showed 47% of self-identified Republicans said population projections that white Americans will become a minority over the next two decades are either “somewhat negative” or “very negative” for the country.

“It’s poisoned people from having a reasonable discussion,” Wilkes said. “You’ve got people who just come up with these ridiculous ideas about white Americans getting replaced, then you don’t even have a discussion anymore. It’s become a race-baiting exercise.”

Other advocates said there is a glimmer of hope that comprehensive immigration reform is possible even with a limited number of allies on the right.

A (narrow) window of opportunity

Laurence Benenson, a policy adviser with the National Immigration Forum, told USA TODAY that although it’s disturbing how the great replacement theory has wormed its way into the mainstream, his group believes there are Republicans who want to work in good faith.

He said voters want Congress to work together on immigration reforms such as giving a pathway to citizenship for “Dreamers” The term “Dreamer” describes undocumented immigrants brought to the USA illegally as minors, who grew up in America and identify as Americans.

“I understand the frustration that progressive advocates hold,” he said. “However, taking a step back, if you get down to it, there is agreement, in general terms, on getting a permanent solution for Dreamers and filling those needed workforce gaps to address labor shortages, through promoting legal immigration.”

In February, the forum released findings that showed 79% of Americans favor bipartisan efforts to secure the border and “create a pathway to citizenship for undocumented immigrants who came to the U.S. as children.”

A Quinnipiac University poll released in mid-October found immigration was the third most important issue for Americans at 14%, behind the economy at 19% and the coronavirus at 16%.

A similar survey by Quinnipiac conducted in March showed the issue dimmed to 9%, behind inflation at 30% and Russia’s invasion of Ukraine at 14%.

“There’s always going to be a number of members of Congress who will … be hesitant to address an issue like immigration prior to a contested primary,” Benenson said.

The poll in March by Quinnipiac shows differences in what voters care about along party lines. Among GOP voters, for instance, immigration was the second most important issue at 19%, behind inflation at 39%. Among Democrats, immigration ranked at the bottom of topics they cared about, at 1%. For independent voters, it was far behind inflation – at 37% – and tied with climate change at 8%, according to the survey.

The National Immigration Forum said this year presents a number of immigration-related challenges around the economy, but a bipartisan group of lawmakers seem interested in tackling the topic.

Last year, Sen. Lindsey Graham, R-S.C., partnered with Sen. Dick Durbin, D-Ill., on a proposal that would give the children of undocumented immigrants who were brought to the USA an opportunity to pursue a path toward citizenship.

Benenson said he is eager to see how the primary season concludes and whether immigration can be a source of compromise before the fall elections.

“There still is a window, albeit a narrow one, to get some of these key reforms done and get solutions here in 2022,” Benenson said.

Candy Woodall is a Congress reporter for USA TODAY. She can be reached at [email protected] or on Twitter at @candynotcandace.

Phillip M. Bailey is a national political correspondent for USA TODAY. He can be reached at [email protected] or on Twitter at @phillipmbailey.

This coverage is only possible with support from our readers. Sign up today for a digital subscription.

What time is Love Island on tonight? Which channel and how to watch
World News