WITH its signature gold bottle, AU Vodka has quickly become THE vodka choice of celebrities.

The tipple is enjoyed by millions around the world, but who actually owns the drink? 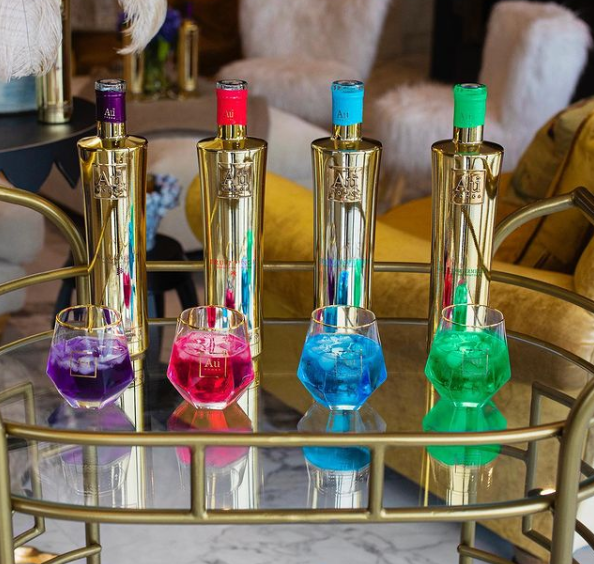 British DJ, producer and TV presenter Charlie Sloth is also a partial owner of the company.

According to their website, AU Vodka is, "Inspired by gold, Au Vodka incorporates the periodic table where gold is a chemical element with the symbol Au and atomic number 79."

AU Vodka is available at high end shops around the world, which includes Selfridges and Harvey Nichols in the UK.

When was AU Vodka founded?

According to reports, Charlie then 19, and Jackson, then 21, decided to see if they could make their own vodka so they produced one, calling it Au Vodka.

They first produced 2,000 bottles and launching locally in a few bars around their home city of Swansea.

Word of mouth across the city helped it build up a great reputation, and it gathered plenty of attention thanks to its trademark eye-catching gold bottle.

After Charlie Sloth got involved, AU Vodka started getting celebrity attention and the brand took off and now sells millions of bottles every year.

What are Charlie and Jackson's net worth's?

Charlie and Jackson's net worth's are currently unavailable, but it is safe to say they will be worth A LOT of money.

Also, Charlie is heir to a fortune as his dad Martin Morgan is the owner of the Morgans Hotel and the director of Swansea City.