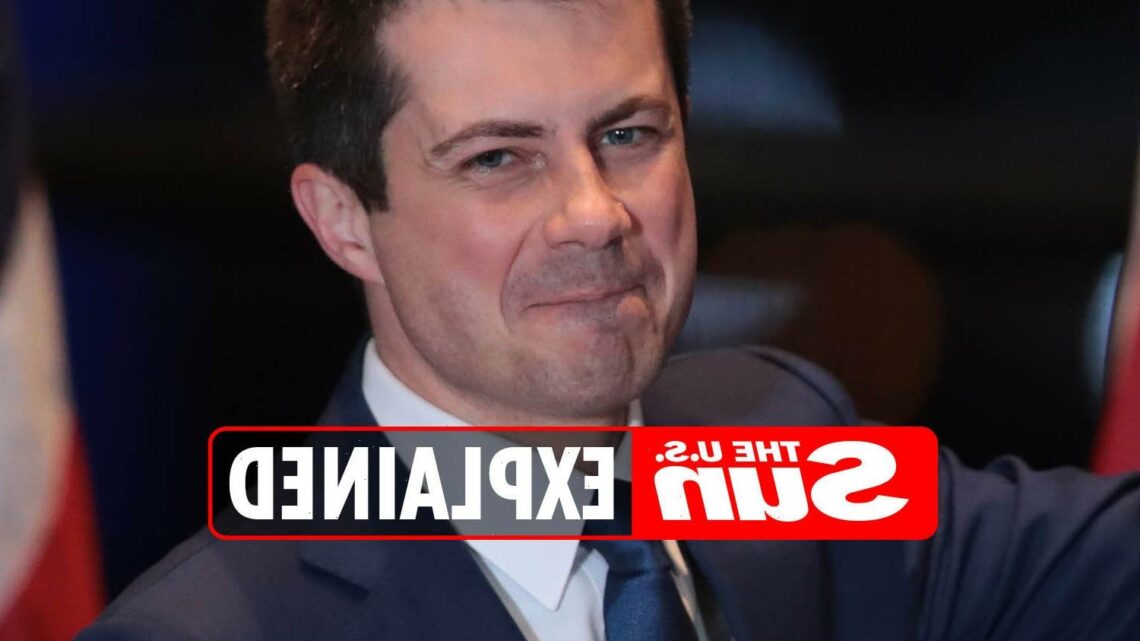 Pete took office as the United States Secretary of Transportation under Joe Biden's administration on February 3, 2021 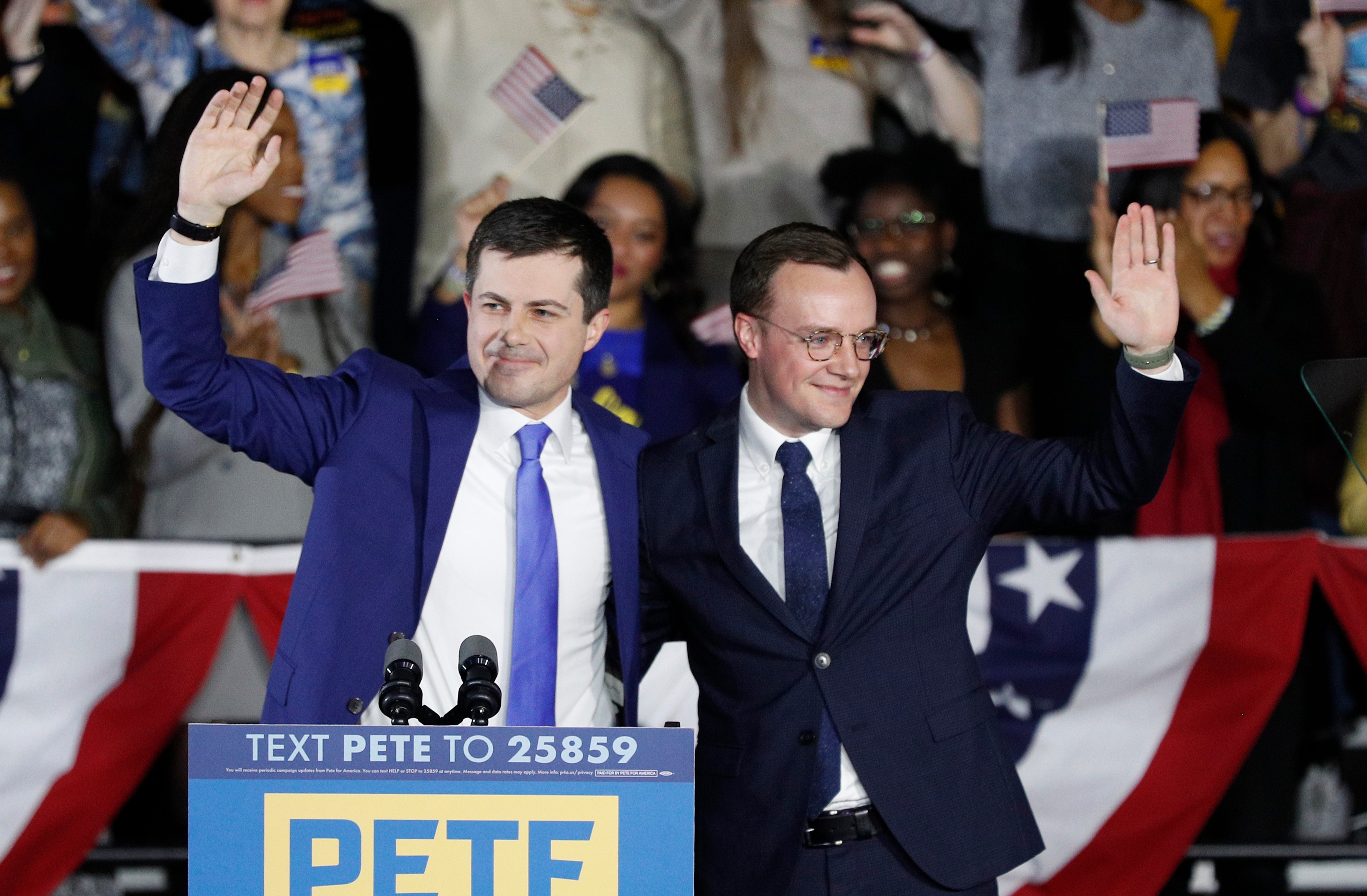 Who is Chasten Buttigieg?

Chasten Buttigieg is a teacher and writer and has been married to politician Pete Buttigieg for the last two years.

His memoir I Have Something to Tell You was released earlier this year.

In the book he writes at length about being sexually assaulted.

"In politics, you're not supposed to open up about those things," Buttigieg told USA Today earlier this year.

"It seems like people don't share their vulnerabilities because if you were ever vulnerable or something happened to you, then somehow it makes you weak.

And I just don't understand that and I don't prescribe to that thinking." 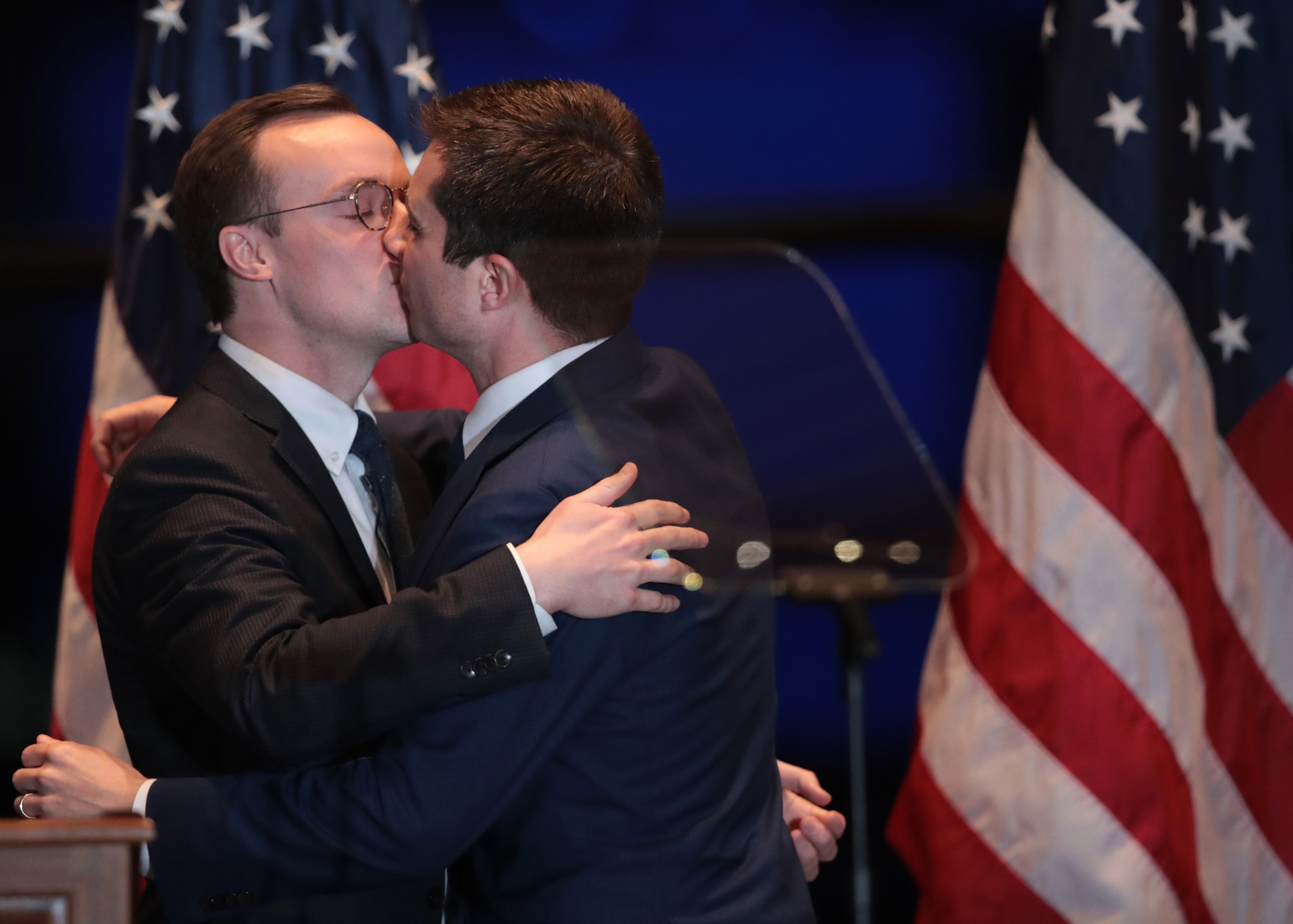 He added: "I wanted to write my real story. And some of that was being really honest about what I thought, what I went through and what I experienced and navigated and some of it was heartbreaking."

The 31-year-old Buttigieg has worked many jobs, most recently a middle school drama and humanities teacher.

How did Chasten and Pete Buttigieg meet?

The pair matched on the dating app Hinge, and the rest is history.

“Literally, there were fireworks on our first date,” Chasten told The New York Times.

“It was kind of ridiculous, I know, but I was hooked.”

Pete told the LGBTQ&A podcast: “He [Chasten] was a little skeptical about getting mixed up with a politician, and he asked, you know, ‘What does your future look like?’ And I told him.

“So he reminds me of that now, and we talk about the crazy life that we have, because I don’t think any of us could’ve guessed even a year and a half ago that this was where life would take us.”

Pete Buttigieg is the former mayor of South Bend, Indiana's fourth largest city, and impressed many with his 2020 presidential run.

On August 17, 2021, Pete announced he and his husband Chasten have become parents.

He wrote on Twitter: "For some time, Chasten and I have wanted to grow our family. We’re overjoyed to share that we’ve become parents!"

"The process isn’t done yet and we’re thankful for the love, support, and respect for our privacy that has been offered to us. We can’t wait to share more soon."

According to Pete, the couple is going through the adoption process and will have more information in the future.

What will be Pete Buttigieg's new role?

The 38-year-old Buttigieg is expected to be named the head of Joe Biden's Transportation Department.

Biden has compared Buttigieg to his late son, Beau.

“To me it’s the highest compliment I can give any man or woman. And, like Beau, he has a backbone like a ramrod,” Biden said in March.

“I promise you, over your lifetime, you’re going to end up seeing a hell of a lot more of Pete than you are of me.”

LGBTQ rights groups spoke out in praise of Biden's selection.

“Pete’s nomination is a new milestone in a decades-long effort to ensure LGBTQ people are represented throughout our government – and its impact will reverberate well-beyond the department he will lead," said Annise Parker, president and CEO of the LGBTQ Victory Institute.

"It distances our nation from a troubled legacy of barring out LGBTQ people from government positions and moves us closer to the President-elect’s vision of a government that reflects America.