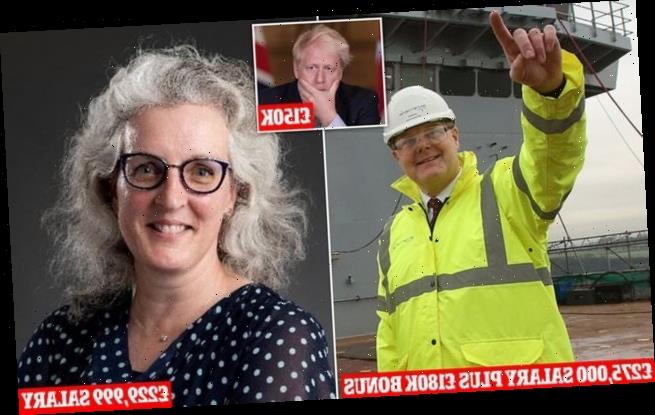 Whitehall cash haul! Record number of mandarins on at least £100,000

The exclusive club has increased by 200 in the past year alone – almost doubling in a decade. 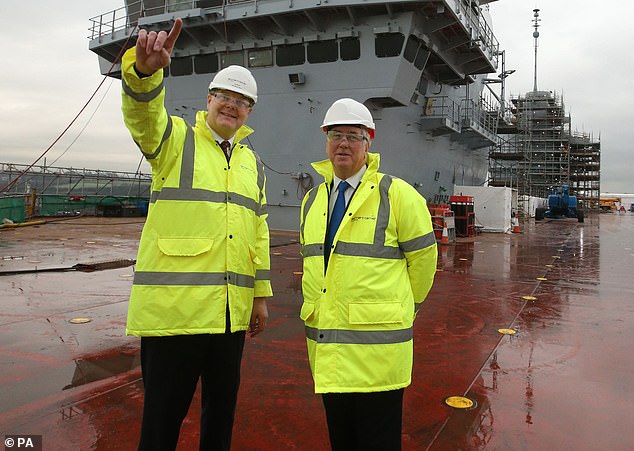 Ian Booth, left, pictured here with Defence Secretary Michael Fallon, is the best-paid civil servant in Government, raking in a £275,000 salary as well as a £180,000 bonus as head of the Ministry of Defence’s submarine delivery agency. Former Brexit Minister Steve Baker said the civil service needs good people, but also needs realistic pay. ‘Most of my constituents would think £50,000 a year is an enormous amount of money, never mind £150,000. They would be astonished to learn that their taxes are paying more than 1,500 civil servants that amount.’ (file photo)

At the same time the austerity years saw the wages of nurses, teachers and police officers frozen.

Twenty civil servants are on more than £200,000, twice the number just three years ago.

Richard Holden MP, who worked on Boris Johnson’s leadership campaign and sits on the public accounts committee, said: ‘With six-figure salaries shooting up and work from home the norm – it’s clear the civil service are increasingly out of touch with the public and going against the clear instructions of the Government.

‘It’s time for the senior leadership of the civil service to shape up or ship out sharpish.’

Former Brexit minister Steve Baker said: ‘We do need great people in the civil service but we’ve got to be realistic about their pay.’ 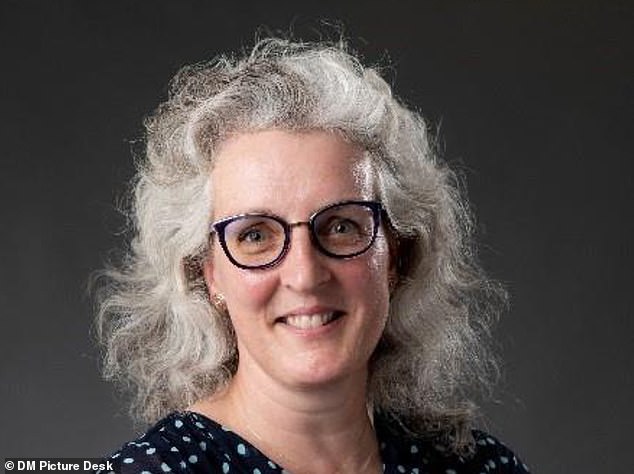 Ruth Todd, commercial director at the submarine delivery agency, is paid up to £229,999, making her the highest paid female civil servant. A Government spokesman said last night: ‘The civil service deals with complex issues and needs to attract, recruit, retain and motivate highly skilled individuals and sometimes it is appropriate to pay higher salaries.’ (file photo)

‘Most of my constituents would think £50,000 a year is an enormous amount of money, never mind £150,000. They would be astonished to learn that their taxes are paying more than 1,500 civil servants that amount.

‘The sheer scale of top pay in the civil service demonstrates the importance of decentralising power and privatising functions – we just can’t afford all of this government.’

The figures were released without publicity by the Cabinet Office over the summer. At the end of March, 6,450 employees were at ‘senior civil service’ level, up from 4,300 five years earlier.

Analysis by the Daily Mail reveals the extent of wage growth at the very top since March 2010. Back then 917 civil servants were on more than £100,000.

Boris ‘worried’ about money? Friends claim £150,000 is not enough for the Prime Minister 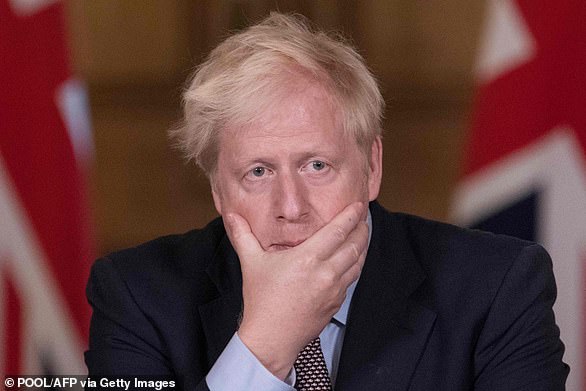 Boris Johnson’s friends claim he’s finding it tough to live on his £150,000 salary.

Boris Johnson may have been trying to lose the pounds lately… but not the ones sitting in his bank.

The Prime Minister is ‘worried’ about money, according to his friends.

As a backbench MP, with a newspaper column earning him £275,000 and lucrative speaking engagements, he was taking home at least £350,000 a year.

He is supporting four of his six children and has been through a costly divorce.

The use of the Downing Street flat he shares with his fiancee, Carrie Symonds is taxed as a benefit in kind.

Food sent up from the Downing Street kitchen has to be paid for.

And if the couple want to have friends stay at Chequers then they get a bill from the Government.

One friend told The Times: ‘Boris, like other prime ministers, is very, very badly served… He doesn’t have a housekeeper, he has a single cleaner and they’re worried about being able to afford a nanny.

‘He’s stuck in the flat and Downing Street is not a nice place to live.

‘It’s not like the Elysee or the White House where you can get away from it all because they’re so big. Even if he or Carrie want to go into the rose garden they have to go through the office.’

Another friend added: ‘He’s always worried about money, he has a genuine need to provide for his family, all of them, and I think that does worry him.’

Sources said it was untrue he was worried and complaining about money.

Separate figures published by the Cabinet Office identified the recipients of the biggest pay packets. In the same bracket as Mr Booth – up to £284,999 – was Sir Simon Bollom, an ex-RAF officer who heads MoD equipment and support. Next was Crawford Falconer who is the chief trade negotiation adviser.

The New Zealander was handed a rise last year to take his salary close to £269,999.

The highest-paid female mandarin was Ruth Todd, commercial director at the submarine delivery agency. She pocketed up to £229,999.

Three senior officials at the much-criticised quango Public Health England were paid more than £200,000 last year. Former Cabinet minister and Tory leader Sir Iain Duncan Smith said those working for the Prime Minister should not be paid more than his £150,000.

But a Government spokesman said last night: ‘The civil service deals with complex issues and needs to attract, recruit, retain and motivate highly skilled individuals and sometimes it is appropriate to pay higher salaries.

‘Ensuring taxpayer value for money is paramount, which is why cases for salaries above £150,000… require the approval of the Chief Secretary to the Treasury.’

There is also concern that well-paid chiefs of government departments are still working from home while also saving thousands on commuting costs.

Mr Johnson’s chief adviser Dominic Cummings has warned that ‘a hard rain is coming’ because the pandemic exposed ‘fundamental problems in the Whitehall machine’.

He has already forced out five mandarins, including Cabinet Secretary Sir Mark Sedwill.

Mr Cummings has just moved from No 10 to a ‘mission control centre’ in the Cabinet Office with a handful of aides.