Following the onset of the coronavirus pandemic, health care providers in the U.S. began seeing a small number of children with a mysterious illness now dubbed multisystem inflammatory syndrome in children (MIS-C). The illness appears to be linked with COVID-19 having been observed only in patients under 21 years old who previously had COVID-19. Symptoms include ongoing fever, rash, nausea, vomiting, and abdominal pain.

Although experts don't yet understand the full spectrum of MIS-C, it has some similarities to Kawasaki disease. Here's what parents should know about it. 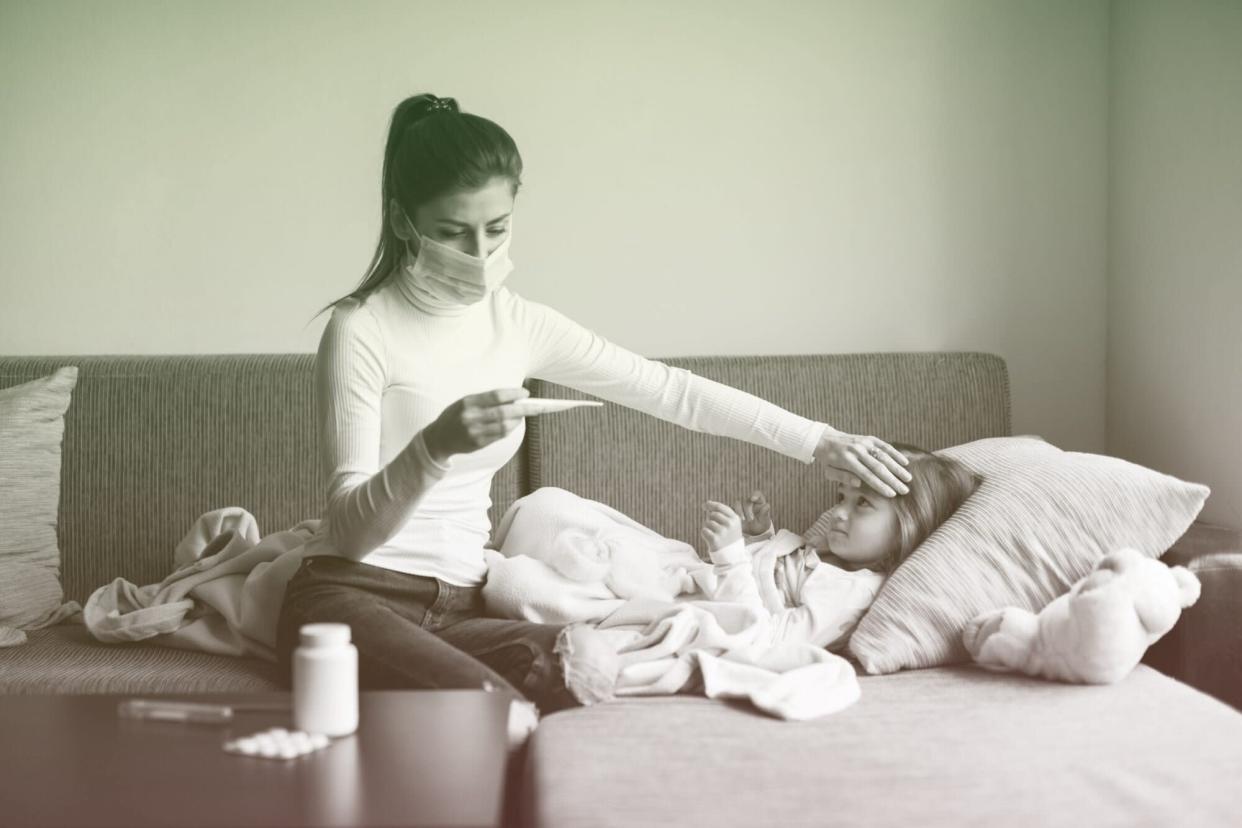 What Is Kawasaki Disease?

Kawasaki disease is a rare condition that mainly affects infants and young children. "It causes inflammation (swelling and redness) in the blood vessels throughout the body," says Lolita McDavid, M.D., professor of general pediatrics and adolescent medicine at Case Western Reserve University.

Doctors don't exactly know what causes Kawasaki disease, but they believe it happens when your immune system overreacts to an unknown trigger. The overreaction causes an uncontrolled inflammation of blood vessels, says Michael Chang, M.D., an infectious disease pediatrician at McGovern Medical School at UTHealth in Houston.

Dr. Chang adds that the majority of cases occur in children younger than 5. Males and people of Asian descent report a higher incidence of Kawasaki cases, and it's possible that genetics play a role too.

Dr. Chang says that Kawasaki disease symptoms appear in phases. But to be diagnosed, you need to have a fever for at least five days, plus four of the symptoms outlined below. Note that the symptoms don't need to occur at the same time.

In extreme cases, Kawasaki disease can negatively affect the heart. "One particularly important complication is that it can result in damage to arteries, including the coronary arteries, which supply the heart muscle itself," says Daniel J. Penny, M.D., chief of cardiology at Texas Children's Hospital. "This results in weakening of the arterial wall so that it can balloon out a so-called aneurysm. Sometimes clots can form in these aneurysms and can block the artery," leading to a heart attack. Kawasaki disease can also inflame the heart muscle directly and impair its function.

To diagnose Kawasaki disease, physicians will perform several blood tests and an echocardiogram (ultrasound of the heart), says Dr. Penny. "Even if the echocardiogram results are initially normal, it should be repeated at intervals during subsequent weeks," he adds.

No matter the severity of Kawasaki disease, treatment remains the same: Patients are hospitalized and receive an intravenous infusion of immunoglobulin (IVIG) and aspirin.

Is There a Link Between Kawasaki Disease and COVID-19?

So is the coronavirus causing Kawasaki disease in some children? Most experts don't think so. Indeed, Dr. Chang predicts that kids are actually experiencing a unique syndrome caused by an overwhelming inflammatory response to COVID-19.

Dr. Chang supports his theory with the fact that some adults also have severe immune responses to the coronavirus. What's more, he says that although many symptoms of pediatric multisystem inflammatory syndrome overlap with Kawasaki disease, there are also some large differences. "As we learn more about it and we're able to measure the immune response, I think what we'll see is that this is a separate syndrome from Kawasaki disease," Dr. Chang says.

Does Brian Kelly fit at LSU? Here's why that doesn't really matter