Home » World News » What happens next for a broken Syria now the US is quitting? 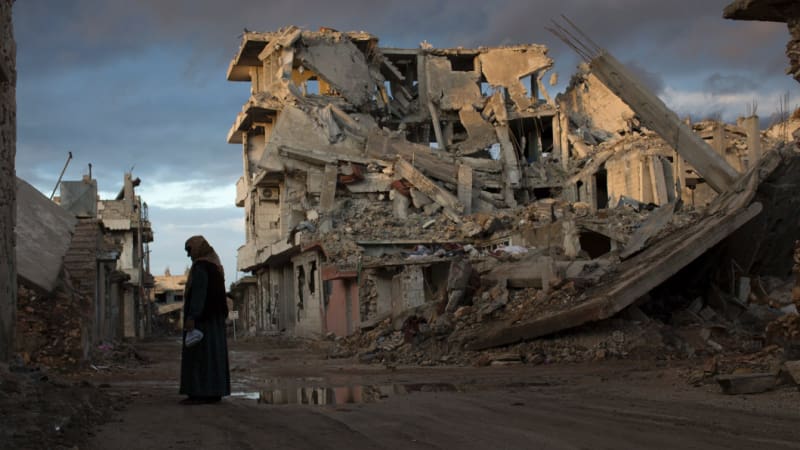 What happens next for a broken Syria now the US is quitting? 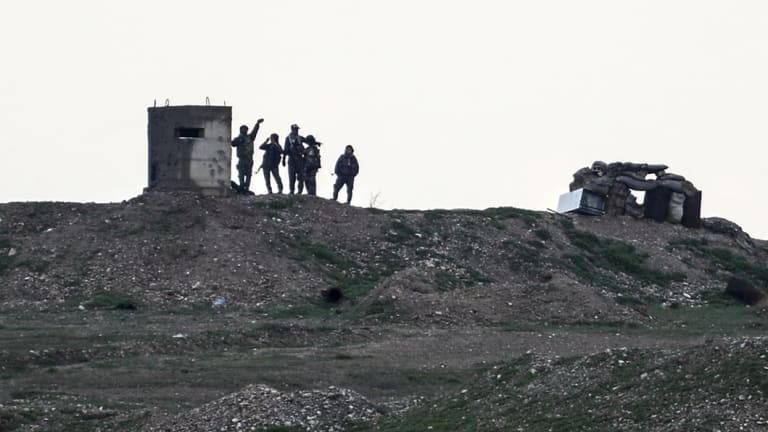 Many experts anticipate that a hasty US pullout could spawn another major battle, either as Turkey moves to crush its Kurdish foes, or as Assad's forces retake the north-east, or both.

It is possible that the Kurds and Assad could come to a deal first. If not, a new round of fighting could send new waves of refugees – Kurds and others – fleeing toward Iraq in a new round of mayhem that could also help incubate an IS revival.

"That's absolutely a possibility, the risk of total chaos," said Aron Lund, a Syria analyst and fellow at the Century Foundation think tank, "when the thing that's been keeping the situation stable — not saying it was good or bad, but stable — just disappears in a puff of smoke."

Who will occupy the territory vacated by the Americans?

According to the Institute for the Study of War, Russia, Iran and Iran-backed militias, including the Lebanese Shiite group Hezbollah, are well-positioned to seize territory in north-east Syria abandoned by the United States. They occupy 29 nearby positions, according to the group, and a further seven across the Iraq border. 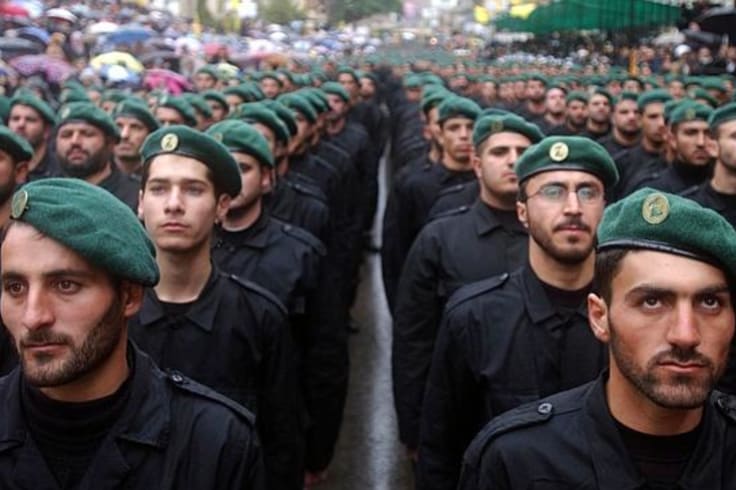 The British-based Syrian Observatory for Human Rights, which tracks Syria's war via a network of citizen monitors, said on Sunday that the Syrian government had dispatched thousands of fighters toward the last patches of IS territory in the north-east.

What remains of the anti-Assad insurgency?

The last major redoubt of the rebels opposed to Assad are crowded into Idlib province in north-western Syria, neighbouring Turkey. Russia may help Assad's forces retake the province eventually. But Russia also is expected to first negotiate with Turkey, which has supported anti-Assad groups and has a vested interest in what happens along its border with Syria.

How have the changes affected Israel?

Analysts say Iran can now link Shiite partners in Iraq, Syria and Lebanon in a unified front against Israel. In Syria, Iran and Hezbollah aim to strengthen a military presence near the Golan Heights, annexed by Israel after they were occupied in the 1967 Arab-Israeli war in a move that has not been recognised internationally.

Israel has made clear it will not tolerate an increased threat from Syria, which the Israelis demonstrated on Tuesday, local time, with air strikes near Damascus. 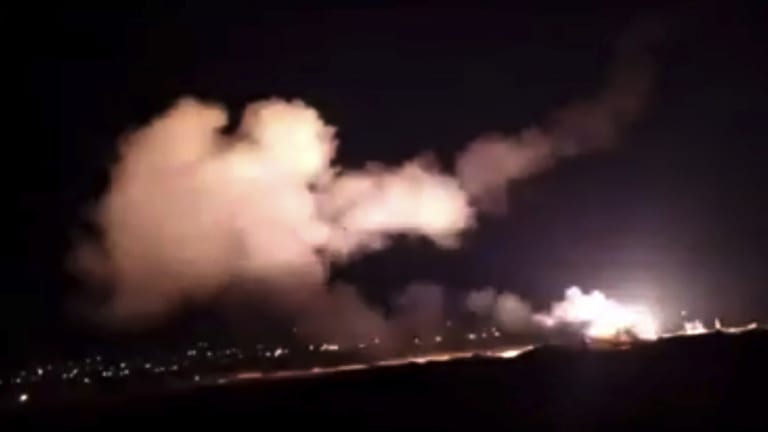 Missiles flying into the sky near Damascus, Syria, on December 25 local time.Credit:AP

The Russians, who have good relations with Israel, have tacitly allowed it to conduct such operations in the past. Still, the Kremlin protested on Wednesday against what it called Israel's "gross violation" of Syrian sovereignty.

How is Iran changing Syria?

The Iranian-led Shiite partnership in Syria faces a basic shortcoming: there are few Shiites in a Sunni-majority country. Still, Iran has extended its influence among both Syrian fighters and civilians.

In some parts of Syria, Iran has distributed cash to pay for housing to people displaced by the war. In others, it has established Shiite shrines that, according to the Observatory, have drawn visitors from Iran, Iraq and Syria. 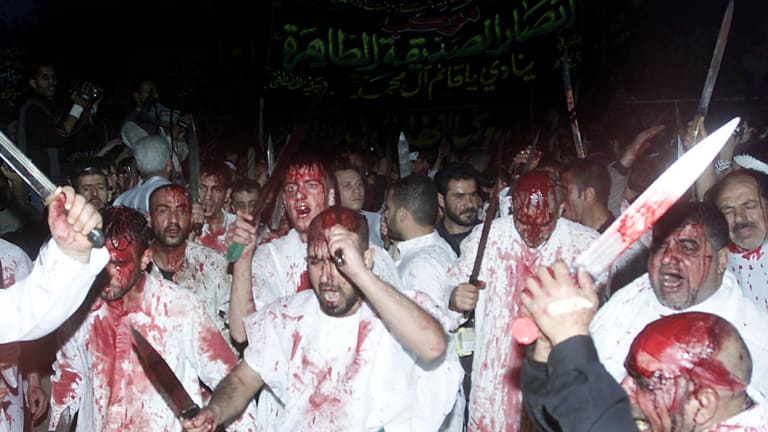 Shiite Muslims conduct the rites of Ashura in Sayyida Zeinab, south of Damascus, in 2004. Such displays have become more visible with Iran’s increased influence.Credit:AP

Defying the Syrian government's historic secularism, Iran and Hezbollah have infused parts of the country with a strikingly religious tint. It was rare in the past, for example, to see celebrations for Ashura, a major Shiite holiday, in non-Shiite areas of Damascus. Now, however, Ashura parades and rituals are much more visible.

Are Russians welcomed in Syria?

Russia has cemented ties with Syrian leaders, strengthened relations with Turkey and eclipsed the US as the power to contend with in the Middle East.

The Russians have also demonstrated a canny understanding of Syrian sensitivities – dispatching military policemen from Russia's predominantly Sunni Muslim Chechnya region, for example, to negotiate rebel withdrawals and keep the peace in Sunni areas retaken by Assad's side. 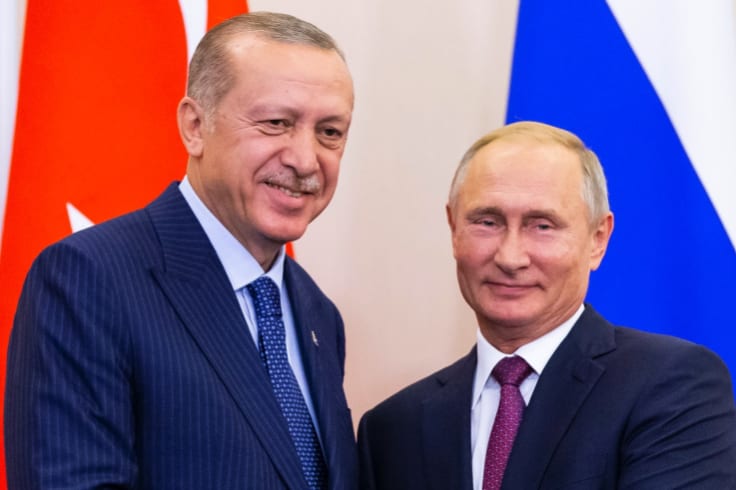 Many have welcomed the Russians, preferring them to the government's enforcers or to Shiite militiamen backed by Iran. Those in the area who still opposed the government said they were heartened in the spring, when a YouTube video showed Russian military policemen arresting Syrian soldiers accused of looting. Then, in June, when Shiite militiamen arrested two Sunni men, the Russians pressured the militias into releasing them, residents said.

The incidents helped persuade residents that Russia has no interest in stoking Sunni-Shiite frictions, and could counter any moves by Assad's forces to exact revenge on the opposition.

"Iran has a sectarian project," said Ahmed al-Buqaa, 55, who had three sons fight with the rebels, "but Russia doesn't care about people's ethnic and religious backgrounds."

Could Russia and Iran diverge over Syria's future?

Iran and Russia are already in a competition, with Russia wanting a self-supporting Syrian government weaned from Russian military and financial help, and Iran preferring something weaker, analysts said. Both countries have already begun placing advisers in Syrian security agencies, said Joost Hiltermann, the Middle East program director for the International Crisis Group.

But both face challenges in staying in Syria. Neither can afford the cost of Syria's reconstruction, which by some reckonings could exceed $US200 billion ($282 billion). 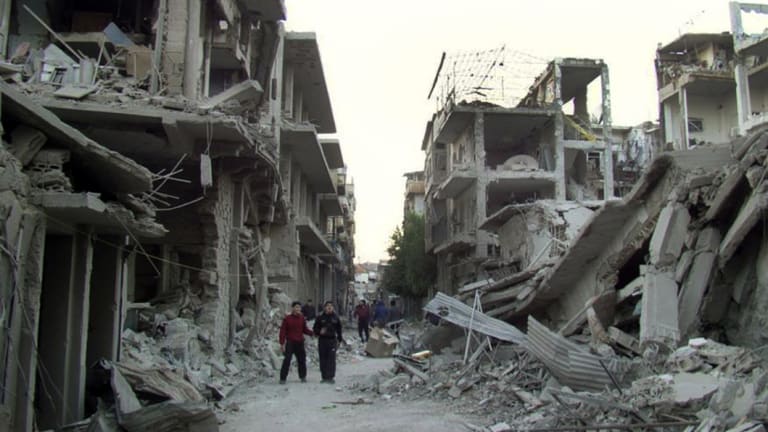 The Syrian conflict has claimed more than a quarter of a million lives and left cities like Damascus in ruins.Credit: AP

The Russians "want to find an exit from Syria basically, militarily, leaving in place their two bases and their own people within the security apparatus, and Russian companies to help with reconstruction", Hiltermann said. "They don't want to get bogged down militarily."

The Iranian government has faced opposition at home to its military adventures in Syria. Its economy has been deeply strained by US sanctions. 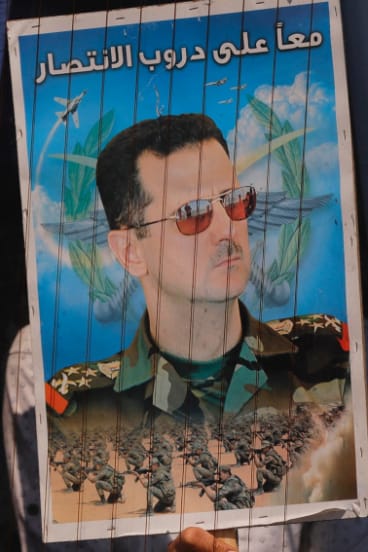 Danielle Pletka, senior vice-president for foreign and defence policy studies at the American Enterprise Institute, a conservative Washington research group, said the Iranians had so far exercised power deftly in Syria, "but it's going to be a lot harder for them to do that given the economic straits they're in".

Both patrons may find Syria's stability hard to re-establish under Assad. Already, peaceful protests against him have been staged in areas where he has reasserted control, analysts said.

"Peacetime will present challenges that the war let him paper over," said Alexander Bick, a lecturer and research scholar at Johns Hopkins School of Advanced International Studies.

"The Russians are very keenly aware," he said, "that Assad's position is fragile, the economy is totally destroyed, and politically it's a mess."

What time is Jamie and Jimmy's Friday Night Feast on Channel 4, who is tonight's celebrity guest and where is the Southend Pier cafe?