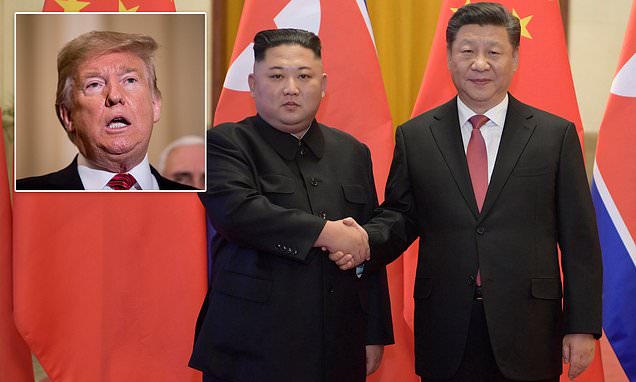 I’m the Un for you! We’re your only real friends, North Korea’s Kim tells Chinese President during summit

North Korean leader Kim Jong Un has reportedly reached out to the leader of his only major ally, China, in an effort to coordinate with Beijing ahead of a possible second summit with US President Donald Trump.

Kim reportedly said he is committed to setting up a second summit with Trump to ‘achieve results’ on the nuclear standoff on the Korean Peninsula.

The comments, contained in reports Thursday from Chinese and North Korean state media, came after Kim left Beijing on his special armored train for Pyongyang after a two-day visit to the Chinese capital.

Kim’s trip to China – his fourth in the past 10 months – comes after U.S. and North Korean officials are thought to have met in Vietnam to discuss the site of the summit.

Kim met with Chinese President Xi Jinping during his trip, Chinese and North Korea state media reported Thursday. It wasn’t clear from the reports if Kim was in back in the North, but his train presumably would arrive sometime Thursday. 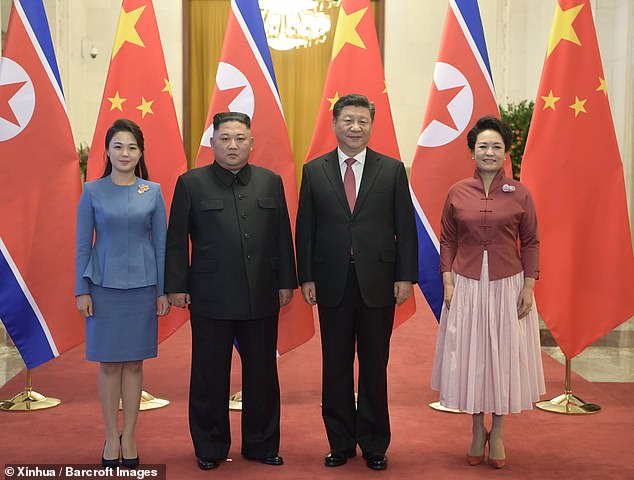 Xi was quoted as saying that China supports the U.S.-North Korea summits and hopes the two sides ‘will meet each other halfway.’ The North said in its report that Xi accepted an invitation to visit North Korea, although details of when he might come were not given.

Kim reportedly said North Korea ‘will continue sticking to the stance of denuclearization and resolving the Korean Peninsula issue through dialogue and consultation, and make efforts for the second summit between (North Korean) and U.S. leaders to achieve results that will be welcomed by the international community.’

Trump and Kim met in Singapore in June for the first-ever leaders’ meeting between their nations, but there has been a standoff ever since, with dueling accusations of bad faith. 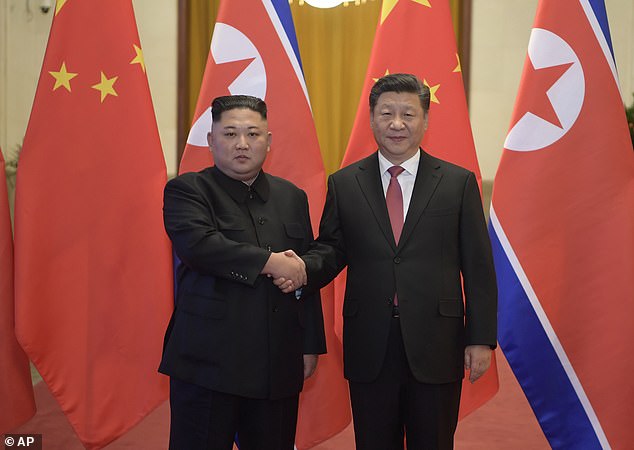 North Korean and Chinese state media announced his visit shortly in advance of his arrival in Beijing, in a break with standard protocol dictating such trips are only confirmed after they happen.

Yonhap said Kim met with Xi for about an hour on Tuesday and later attended a dinner at the Great Hall of the People in central Beijing hosted by Xi and his wife, Peng Liyuan. Kim was accompanied by his wife, Ri Sol Ju, the news agency said. 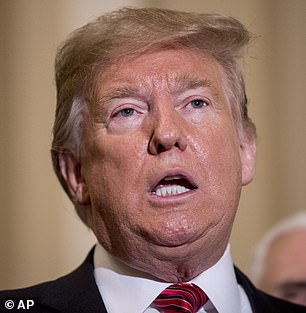 ‘We always believe that, as key parties to the Korean Peninsula issue, it’s important for the two sides to maintain contact and we always support their dialogue to achieve positive outcomes,’ Lu said.

Tuesday was Kim’s birthday. His visit is also seen as part of an effort to win Chinese support for a reduction of U.N. sanctions imposed over his nuclear weapons and ballistic missile programs, which have severely impacted his country’s already ailing economy.

While North Korea hasn’t conducted any launches or detonations in more than a year, it’s displayed no real intention of abandoning the programs that are seen as guaranteeing the government’s survival. 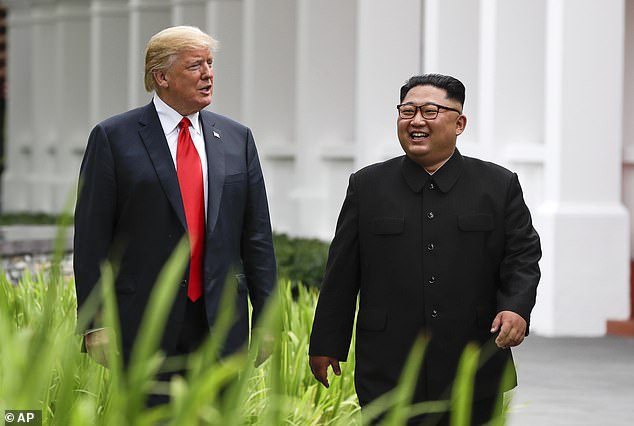 Kim’s visit also came after he expressed frustration in his annual New Year’s address over the lack of progress in negotiations with Washington since the Singapore summit with Trump in June, saying that if things don’t improve – meaning that if sanctions relief and security guarantees aren’t in the offing – Pyongyang might have to find ‘a new way’ forward.

While Trump says he considers Xi key to enticing Kim into taking concrete steps toward denuclearization, the president’s own relationship with his Chinese counterpart has frayed over the U.S.-China trade war.

Officially, at least, China says it considers the tariff battle and North Korea’s weapons programs to be entirely separate.