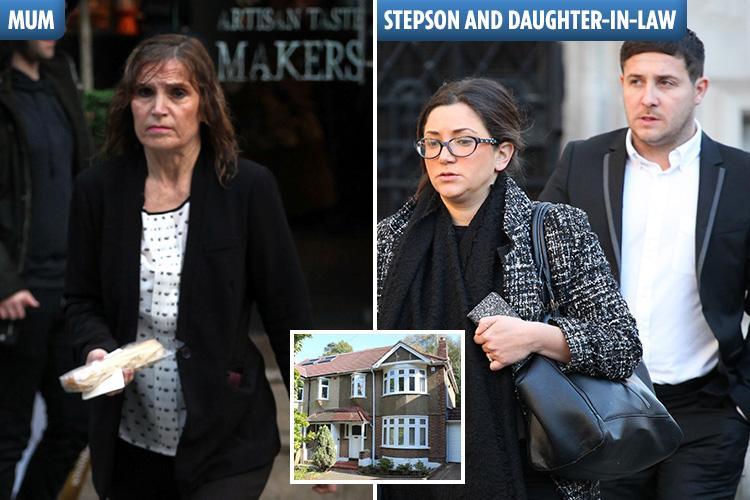 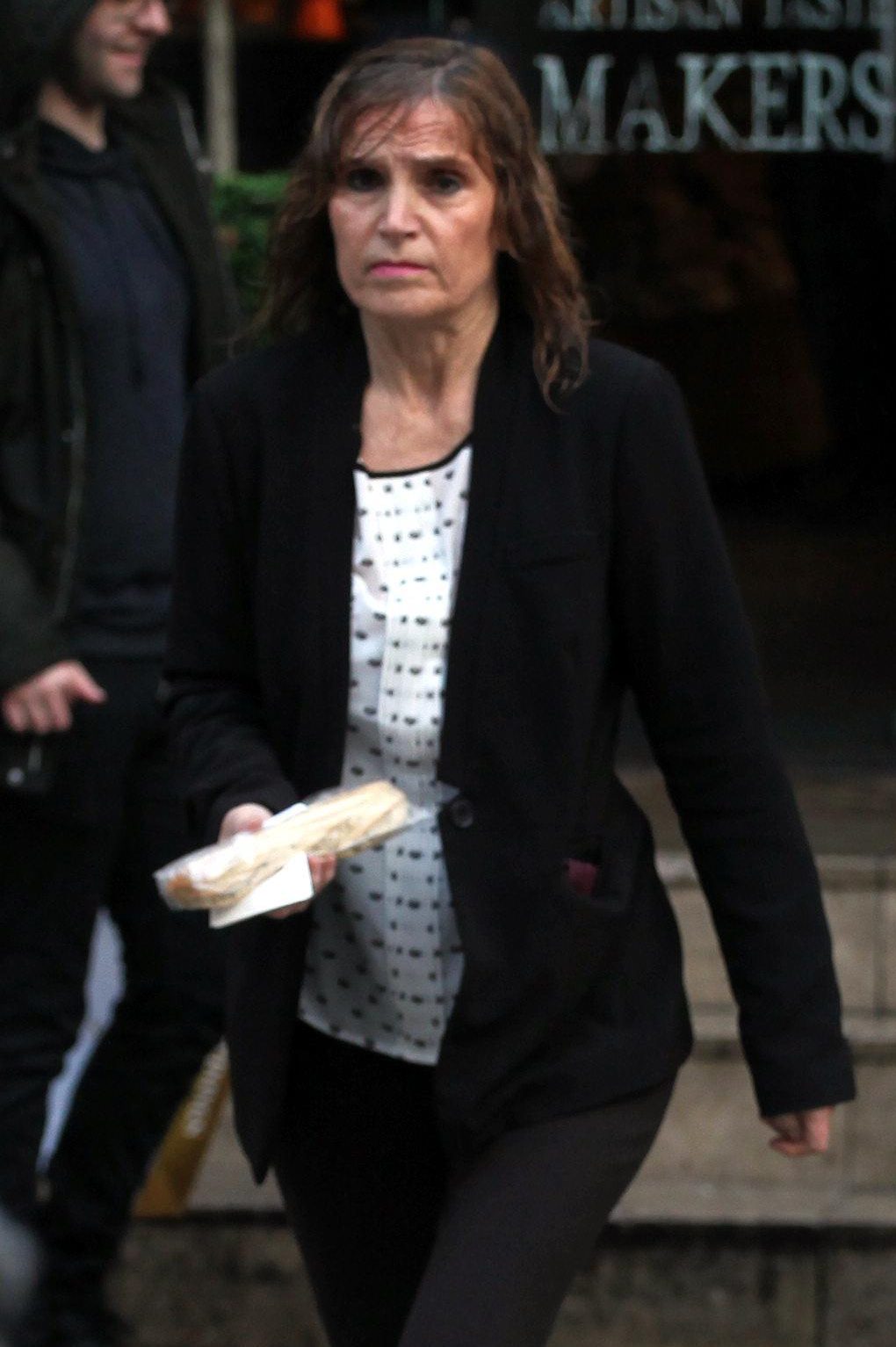 She claims they had planned to let her share the property with them — but Sonny, 33, threw her out of the house in Abbey Wood, Kent.

Mrs De Marzo is demanding Sonny and now-wife Leahann Ball, 33, sell up and hand over her share, a court heard.

She and her late husband Michael Ball moved to Spain in 2006 — where Mr Ball owned a string of properties.

Sonny initially went with them but returned to England in 2007 and now lives with Leahann in the disputed house. 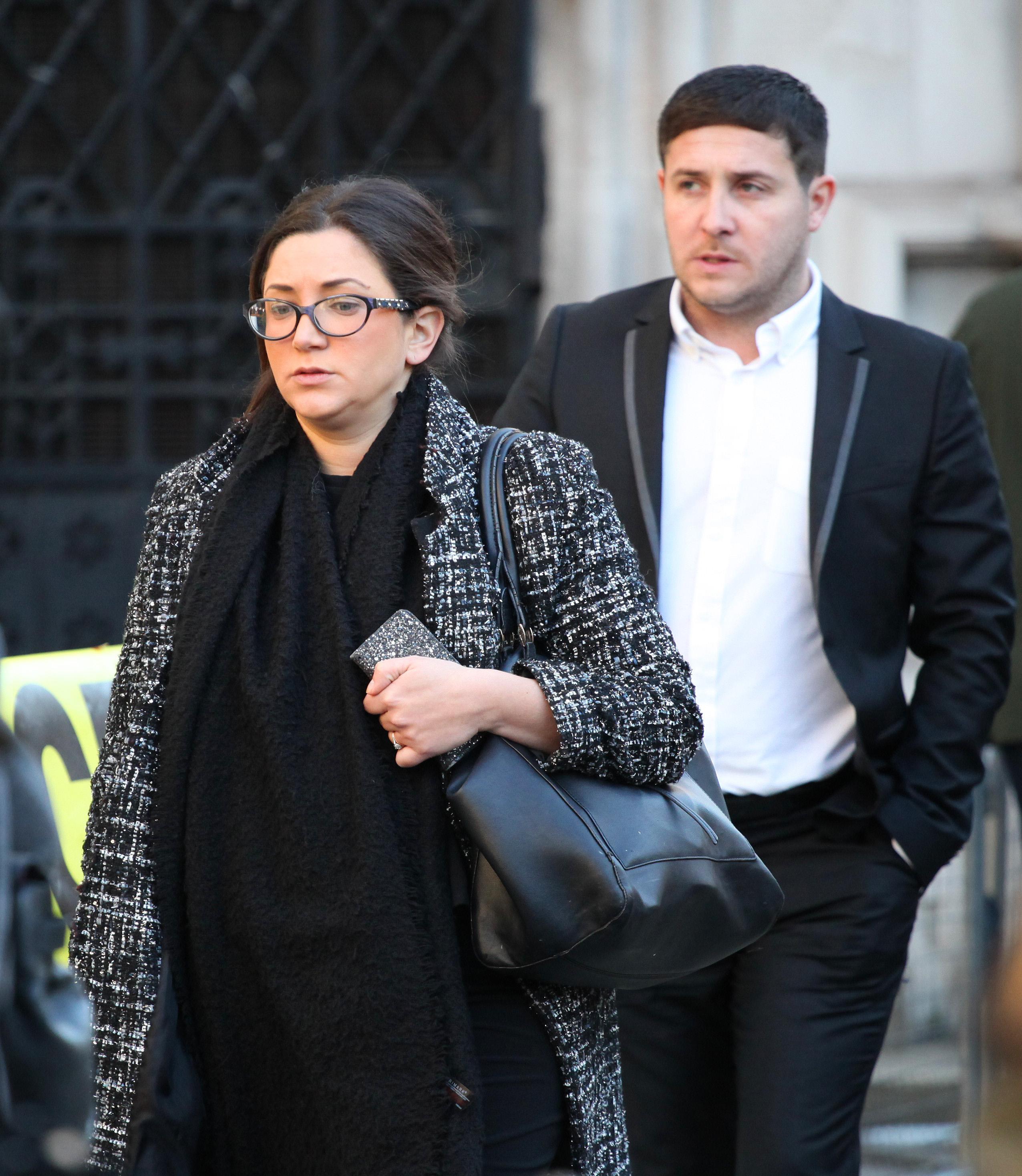 Mr Ball died in a road accident in 2013 — leaving behind a large family villa, a rental house, two beachside apartments in southern Spain plus a flat in Kent to his family.

But Mrs De Marzo told Central London County Court that she felt betrayed by her "baby boy" — and accused him of "scamming" her.

She told the court: "He said I was like his 'mum' and he threw me out like a dog.

"In my eyes, he was 'my boy'. His dad always believed he would do right by his family." 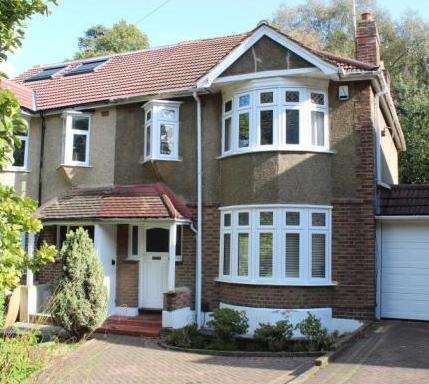 Sonny and wife Leahann insist they purchased the home with money gifted from the late Mr Ball — and they view the home as inheritance.

The couple's barrister Lina Mattsson insisted Mrs De Marzo has no right to any part of the three-bed property.

She had been allowed to stay with them when she was in need, but was "obsessed" with his father Michael Ball’s death to the point she was asked to leave, she added.

Mrs Mattsson added: "They were finding it more and more difficult to live with Mrs De Marzo.

"She was obsessed with how Michael Ball had died, claiming it was murder or suicide.

"She talked about the circumstances of his death all the time.

"Sonny was finding it very difficult to cope with the tension at home. He tried to avoid her, staying away.

"The situation was becoming unbearable and, on 23 May 2015, they asked Mrs De Marzo to leave the property.

Ms Mattsson said that it was only after that row that Mrs De Marzo started claiming Sonny had "stolen her money" and that she had a claim to the house.

"She turned Sonny’s younger sisters against him, telling them that he had stolen their money," she continued

"She emailed Sonny and Leahann, attaching an accident report with horrible photographs of Sonny’s dead father."

But in her evidence, Mrs De Marzo – who has known Sonny since he was five years old – insisted that the money was not a gift.

Judge Monty will rule on the case at a later date.

Man United in worst start since Moyes.. but it's still not as bad as Fergie's time