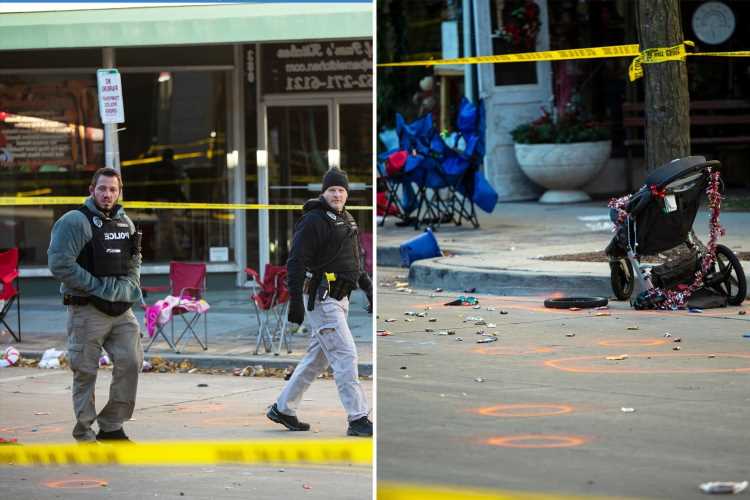 A WITNESS to the deadly chaos at the Waukesha Christmas parade has alleged that the driver of the speeding SUV "intentionally" targeted attendees by "swerving from left to right."

Five people were killed and more than 40 others were hurt when a red Ford Escape smashed through a series of barricades and sped into the crowded parade route along Main Street on Sunday afternoon. 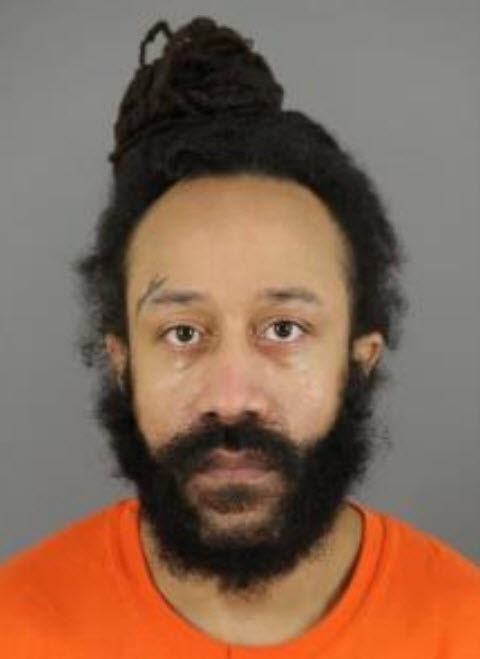 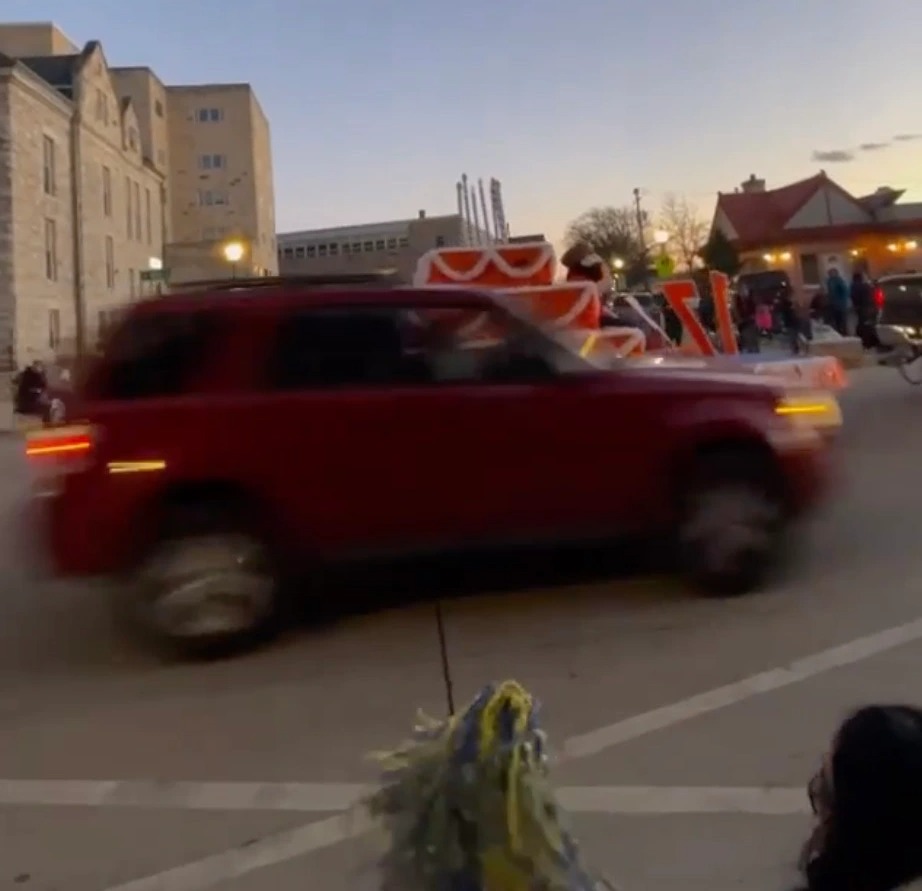 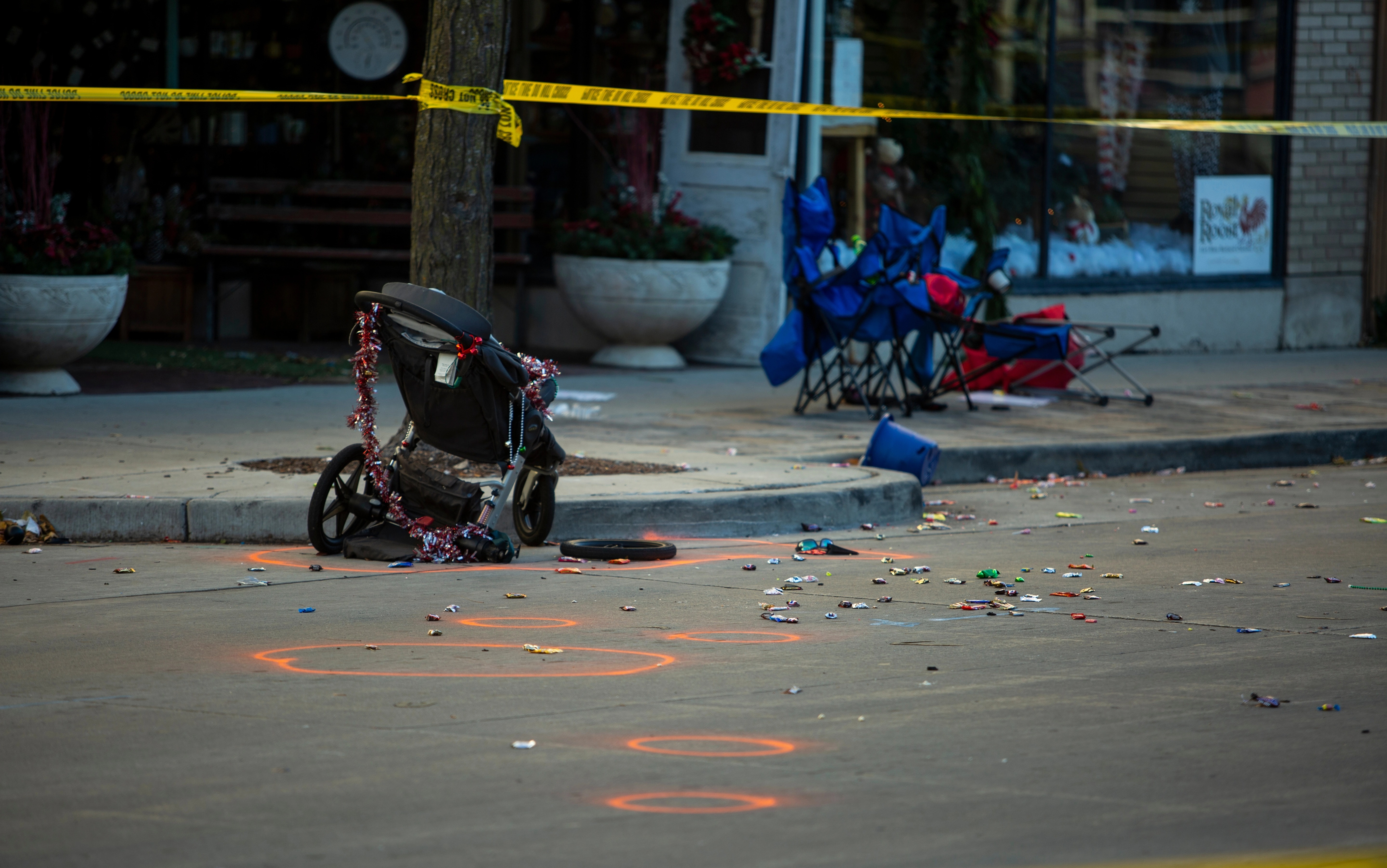 Local performance groups and high school bands had been participating in the annual festive event for less than 30 minutes when the horror unfolded.

Police confirmed yesterday that a "person of interest" had been detained in relation to the incident. Five sources identified the individual to NBC as Darrell Edward Brooks, 39, a rapper who goes by the name MathBoi Fly.

Brooks has a criminal history and previously wrote about killing others in some of his lyrics. No charges have yet been filed.

Police said it's currently unclear whether Sunday's incident was intentional or if it was part of a terrorism plot. An investigation remains ongoing.

One witness told the New York Times that they believed the driver of the SUV was intentionally trying to hit parade participants, claiming that the driver was steering towards people.

“He was going from side to side, targeting people,” 28-year-old Tyle Kotlark said. "The car bombed through. He was flying through there going intentionally from left to right.”

Kotlark's account of events has not been confirmed by police. The Sun has reached out for comment.

Kotlarek had been watching the parade with his family when they heard what at first sounded like cheering before they realized it was actually others screaming.

“It was the worst thing I’ve ever seen in my life," he said.

Brooks was detained on Sunday night after cops swooped on a property where a red Ford Escape with a severely dented front bumper was seen sitting in the driveway.

Court records show Brooks was facing a number of criminal charges in the run-up the rampage.

In one case, filed November 5, he was charged with resisting or obstructing an officer, reckless homicide, disorderly conduct, bail jumping and battery.

He was ordered to not have any contact with a female victim and records show $1,000 bond was posted on Friday.

In the other case, filed in July 2020, Brooks is charged with reckless endangering and illegal possession of a firearm.

It was also reported that he posted on social media after Kyle Rittenhouse was acquitted of murder over the death of three people in Kenosha, Wisconsin last summer.

Brooks posted that he was "not surprised" by the outcome of the case though police have so far not said if the rampage had anything to do with the verdict.

The playlist on Brooks’ YouTube channel and SoundCloud page include songs about killing.

Here's what we know so far about the Waukesha Christmas parade horror:

In one of his music videos, the rapper uses an SUV that appears to be the same one that mowed down people in Waukesha.

Cops opened fire on the SUV as it plowed through a barrier and sped off after the horror incident.

Officers later swooped at an address in Milwaukee where the SUV was pictured.

The front of the vehicle was crumpled right up to the windscreen with the bumper and license plate hanging off.

In a video on his YouTube channel, the same car that plowed into the parade appears to be used.

Families and performers were celebrating an annual holiday event when the horror unfolded.

In its post, the troupe wrote: "The Milwaukee Dancing Grannies are devasted by this terrible tragedy with of loss of life and injuries in the Waukesha Christmas parade.

"Our group was doing what they loved, performing in front of crowds in a parade putting smiles on faces of all ages, filling them with joy and happiness.

"While performing the grannies enjoyed hearing the crowd's cheers and applause which certainly brought smiles to their faces and warmed their hearts."

The group added that the members killed were "extremely passionate Grannies" and were "the glue" that held them all together.

"Our hearts are heavy at this most difficult time, as more information and updates become available it will be posted," the statement continued.

"Please keep them their families, friends, the Milwaukee Dancing Grannies and everyone whose lives have forever changed in your thoughts and prayers."

The Catholic Community of Waukesha confirmed on Facebook that several parishioners were injured and are hospitalized.

Some of the children hit are believed to have been members of the Waukesha South High School Black Shirt Band.

In a Facebook post, the Waukesha Xtreme Dance team thanked those who checked on the safety of team members and their families.

"Please keep them in your thoughts and prayers," the group said, adding it would provide "an update when we know more."

A total of five people have been confirmed dead and more than 40 injured, though police have warned that the number of fatalities may yet still rise.

"We are deeply saddened by today's senseless tragedy and our hearts are with the Waukesha community," a statement from the hospital said.

Children's Wisconsin, a pediatric hospital in Milwaukee, said 18 children, from ages 3-16 years old, were admitted into the facility.

According to Children's Wisconsin, the injuries to the children include facial abrasions, broken bones and severe head injuries.

Six minors were sent to the operating room, while two others were scheduled to undergo surgeries today.

In a virtual press conference on Monday, doctors said some patients are conscious while others are unconscious.

Froedtert Hospital in Milwaukee, a Level 1 trauma center, said it was also treating patients but declined to specify how many or speak to the severity of the injuries suffered.

As an investigation continues, witnesses and Samaritans have recalled racing to the aid of victims, performing CPR in the blood-soaked street as parent's desperately called out their children's names.

Corey Montiho, a Waukesha school-board member, said he went from "one crumpled body to the other" looking for his daughter, who was part of a dance team performing in the parade.

"There were pom-poms and shoes and spilled hot chocolate everywhere," Montiho told the Milwaukee Journal Sentinel. "I had to go from one crumpled body to the other to find my daughter. My wife and two daughters were almost hit. Please pray for everybody. Please pray.

"My family is safe, but many are not. I held one little girl's head in my hand. She was seizing and she was bleeding out of her ears. I held her mother as she collapsed."

Angelito Tenorio, who is running for state treasurer, also recalled how he saw the SUV "zooming at full speed" down the street as he was walking toward the parade.

"It was absolutely chaotic. It was horrifying," he told CNN. "Nobody knew if this was an attack or if this was an accident or if it was a deliberate attack on the people of the parade.

"People just started fleeing, running away from the scene, leaving behind their belongings, grabbing their children, calling, screaming, looking for their loved ones. And when the crowd cleared out, that's when it looked like I saw people, who appeared to be lying in the middle of the street, lying still, lying lifeless."

He added: "The last thing I heard was the band music, and then I heard the vehicle, almost the engine revving, speeding up. It sounded like the driver was putting the pedal to the metal, speeding along the route.

"I just heard a loud bang and screams and cries."

Wisconsin Governor Tony Evers released a statement via Twitter, saying: "Kathy and I are praying for Waukesha tonight and all the kids, families, and community members affected by this senseless act.

"I'm grateful for the first responders and folks who acted quickly to help, and we are in contact with local partners as we await more information."

Police say there's no active threat to the area at this time.

On Monday morning, Evers ordered all flags to be flown at half-staff across the state to honor those who were killed and injured and those "whose lives were forever changed by an unthinkable tragedy."

Roads in the area will remain closed for at least 24 hours. Businesses along Main Street should also remain closed on Monday, city officials said.

Classes in the School District of Waukesha were canceled on Monday, with a decision to be made on whether schools will reopen tomorrow.

Officials with the district confirmed that counselors would be available during the school day for any students who made be in need of support. 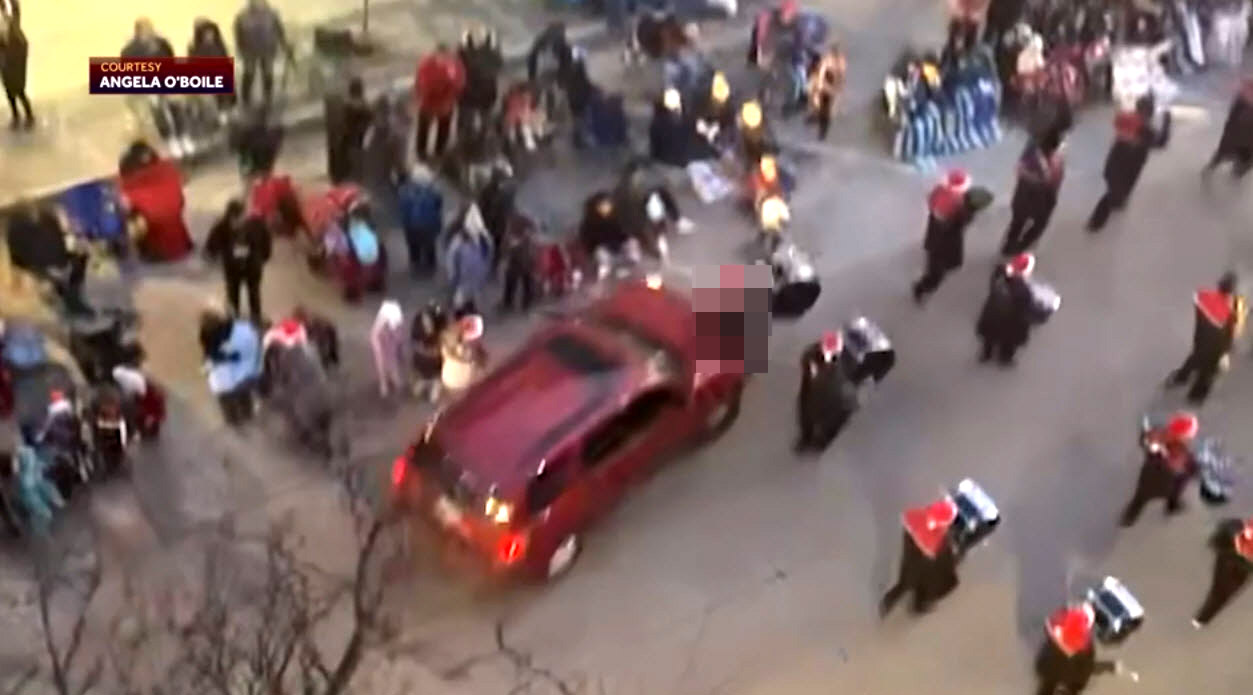 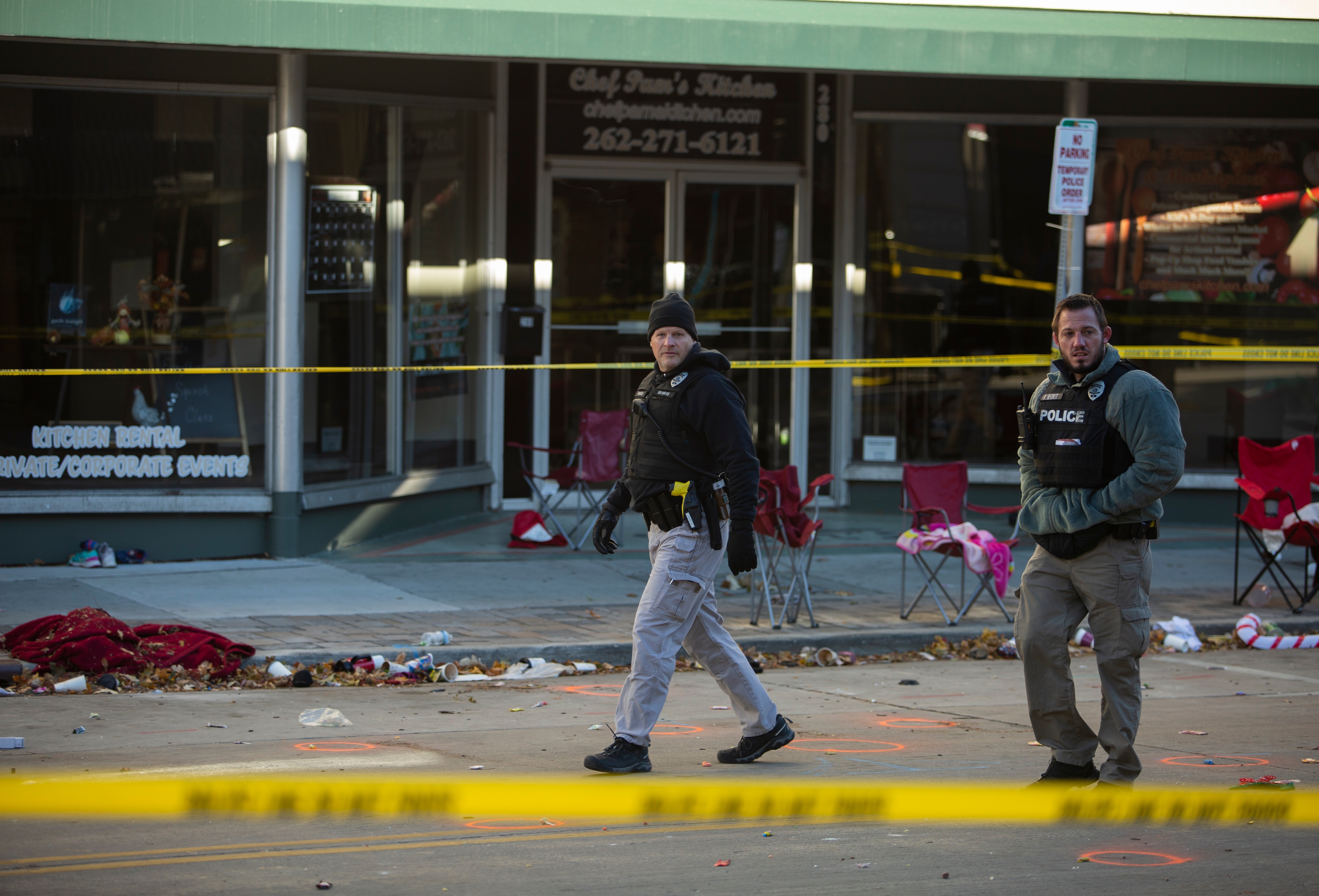 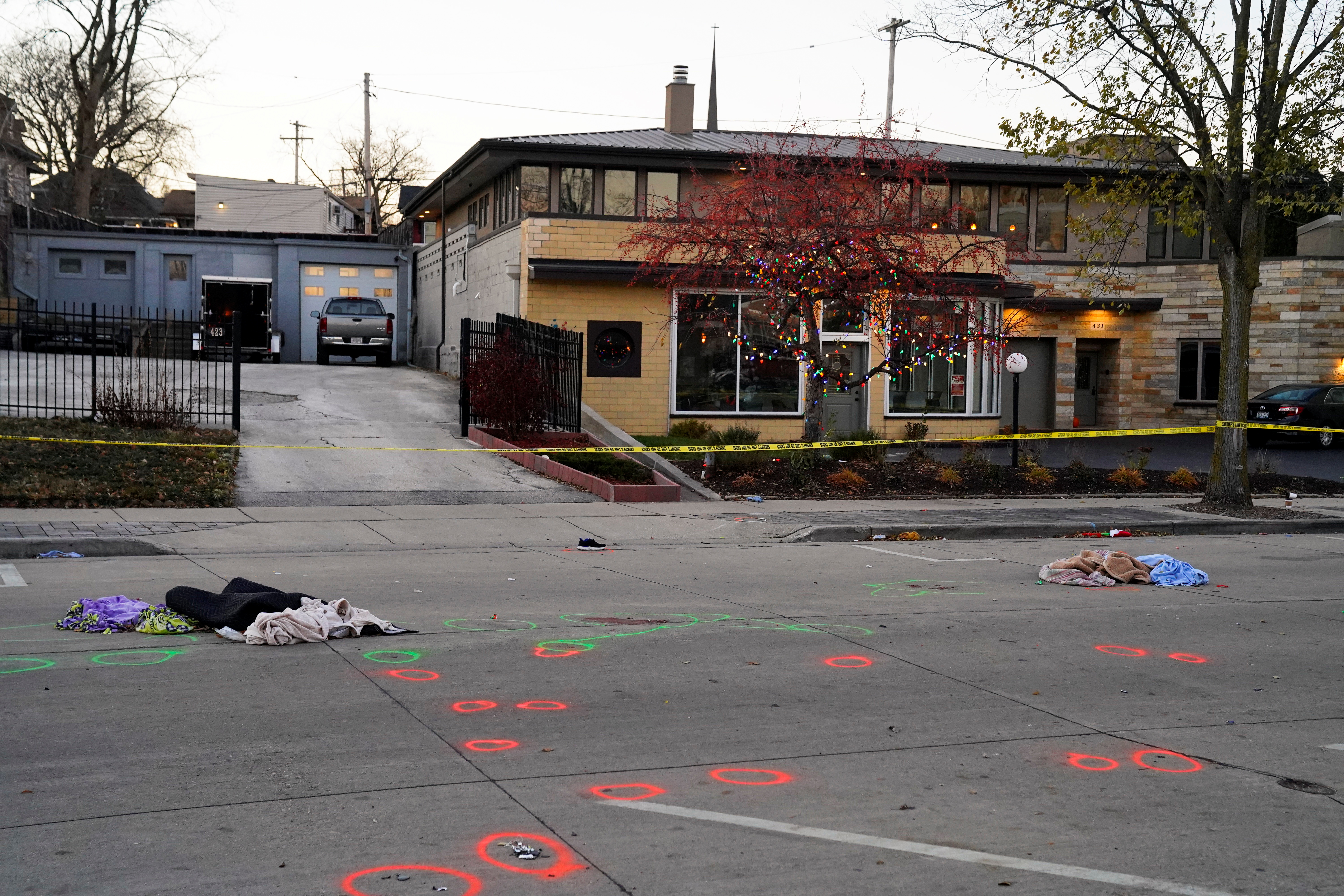 Zendaya Used Fashion to Distance Herself from Disney