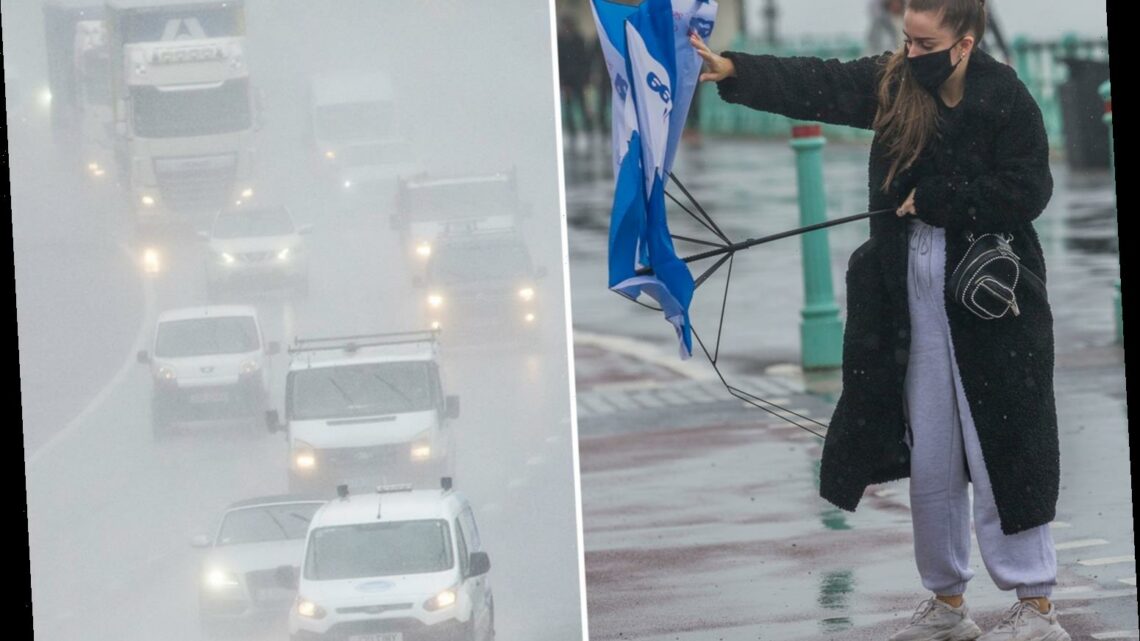 WEATHER warnings have been issued as Storm Barbara lashes the country with heavy rain and severe gales that could reach up to 65mph.

A yellow warning of heavy rain was issued by the Met Office today across most parts of southern England, with forecasters warning that the wet weather could bring flash floods. 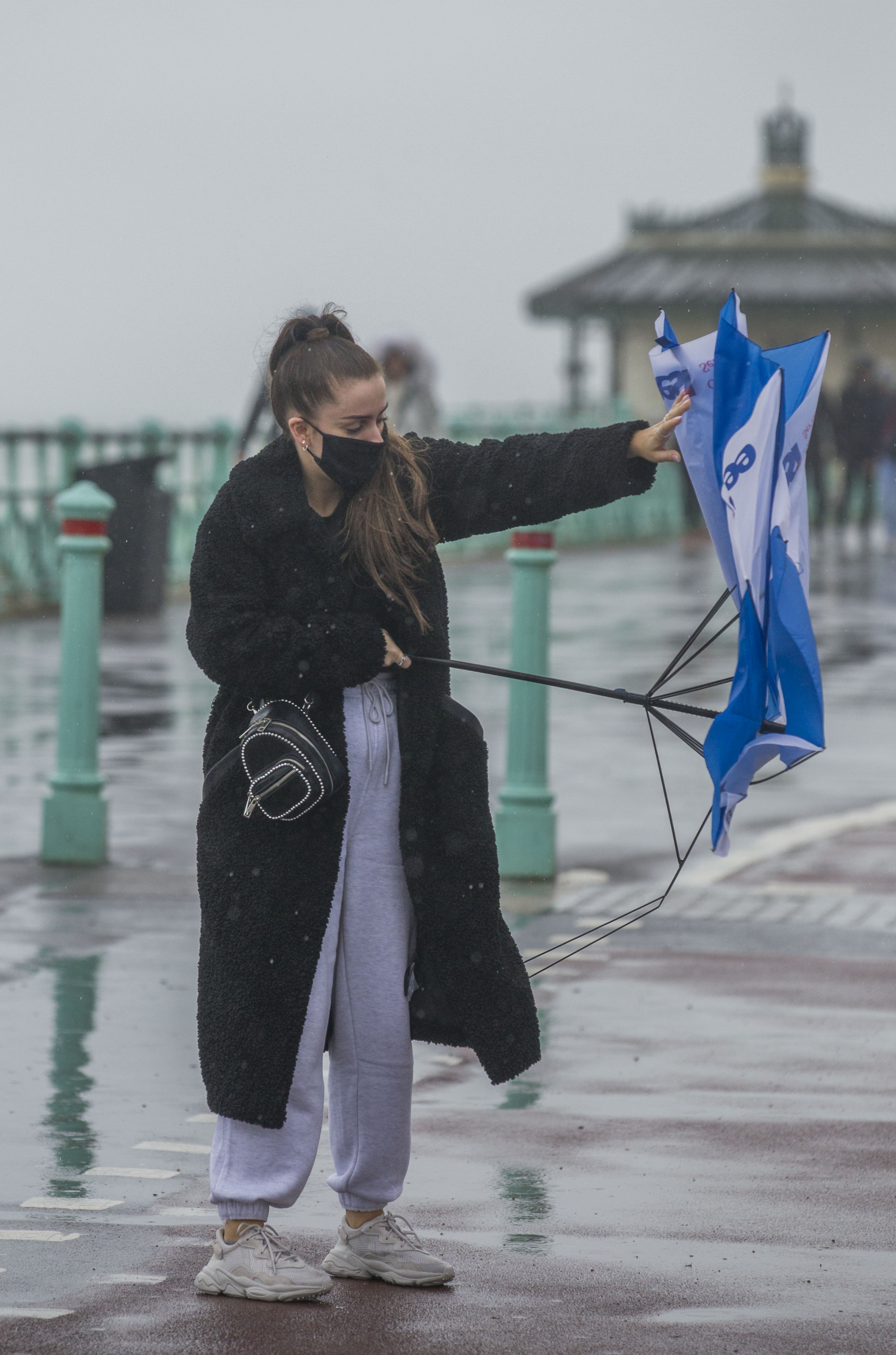 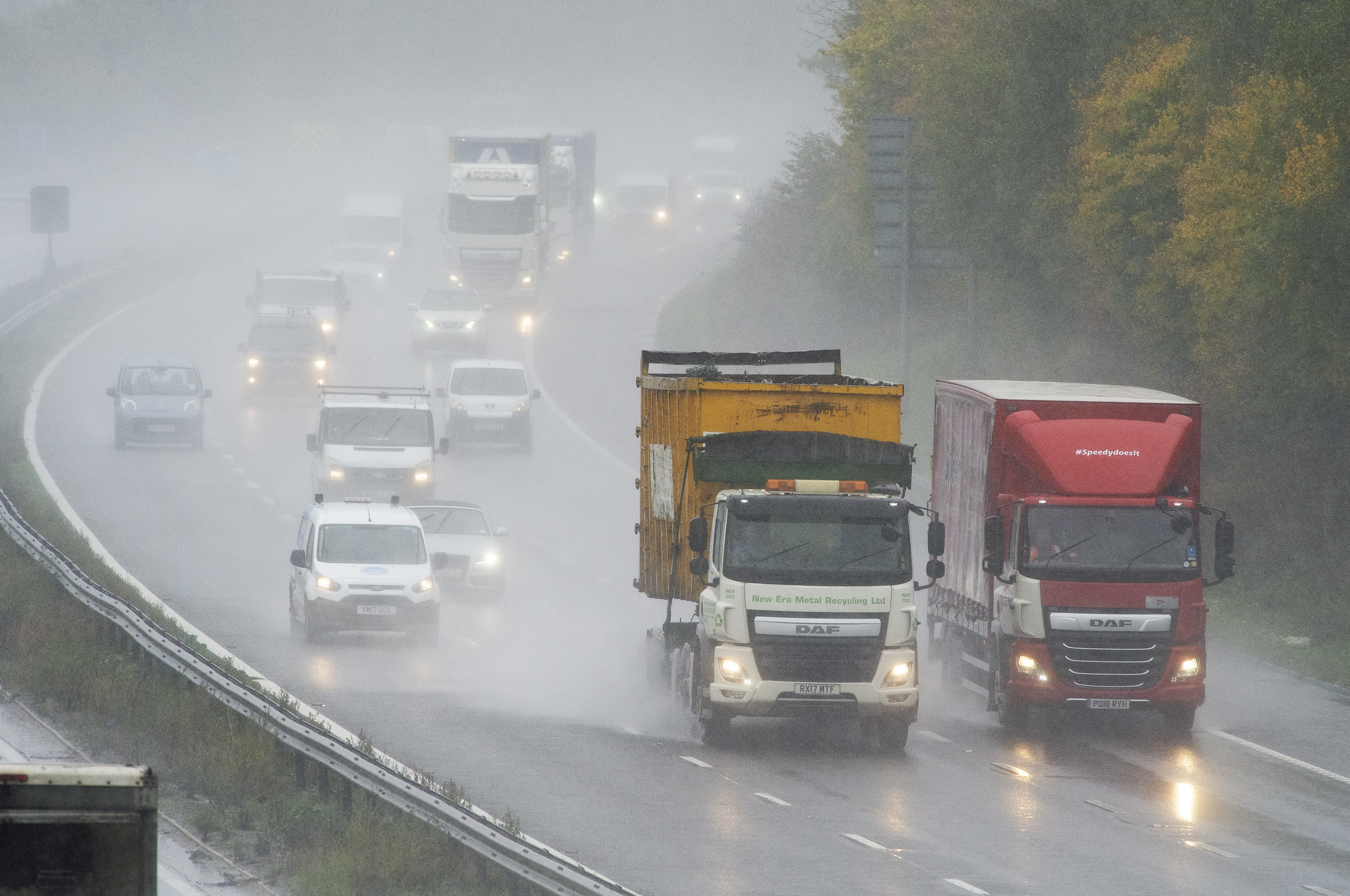 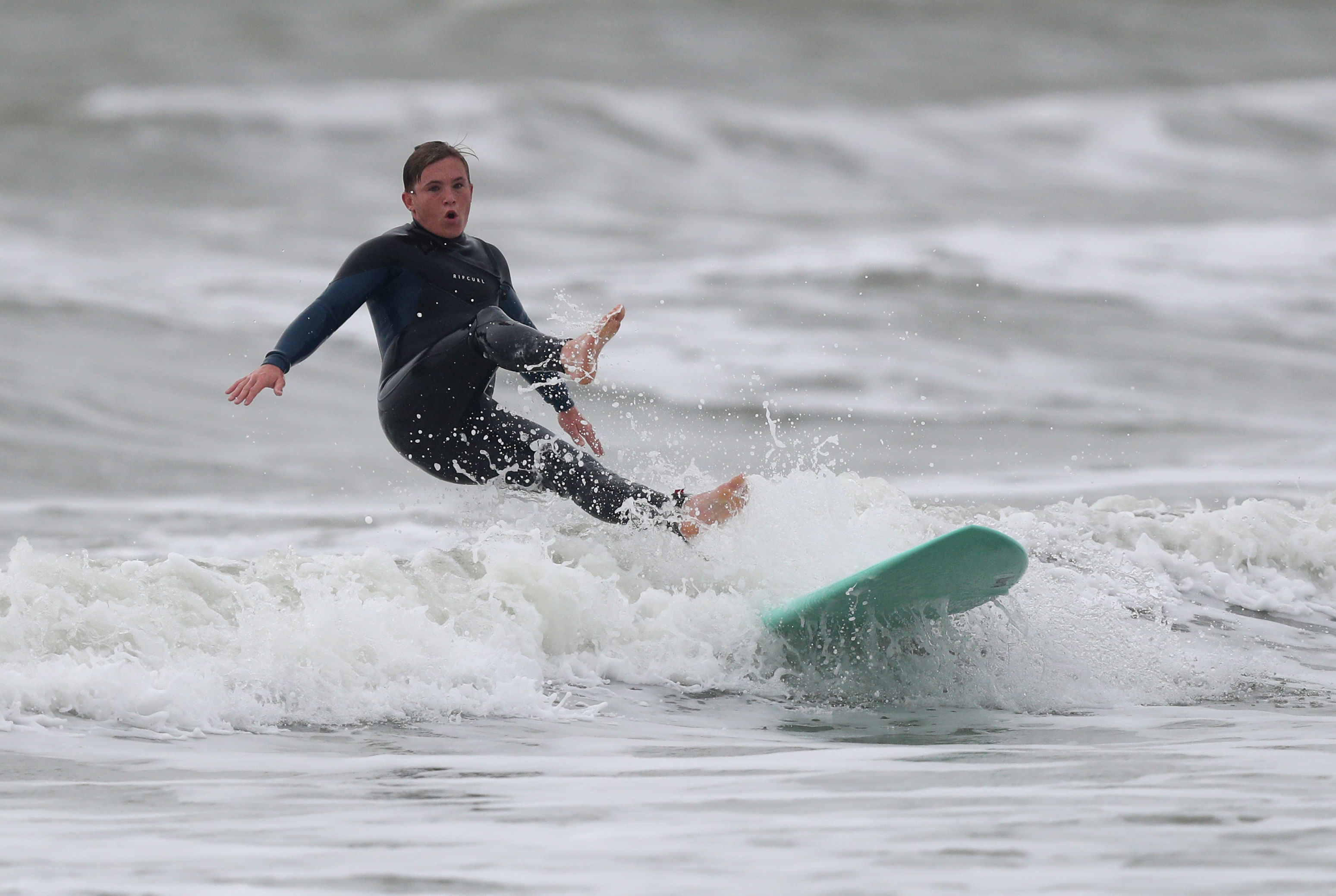 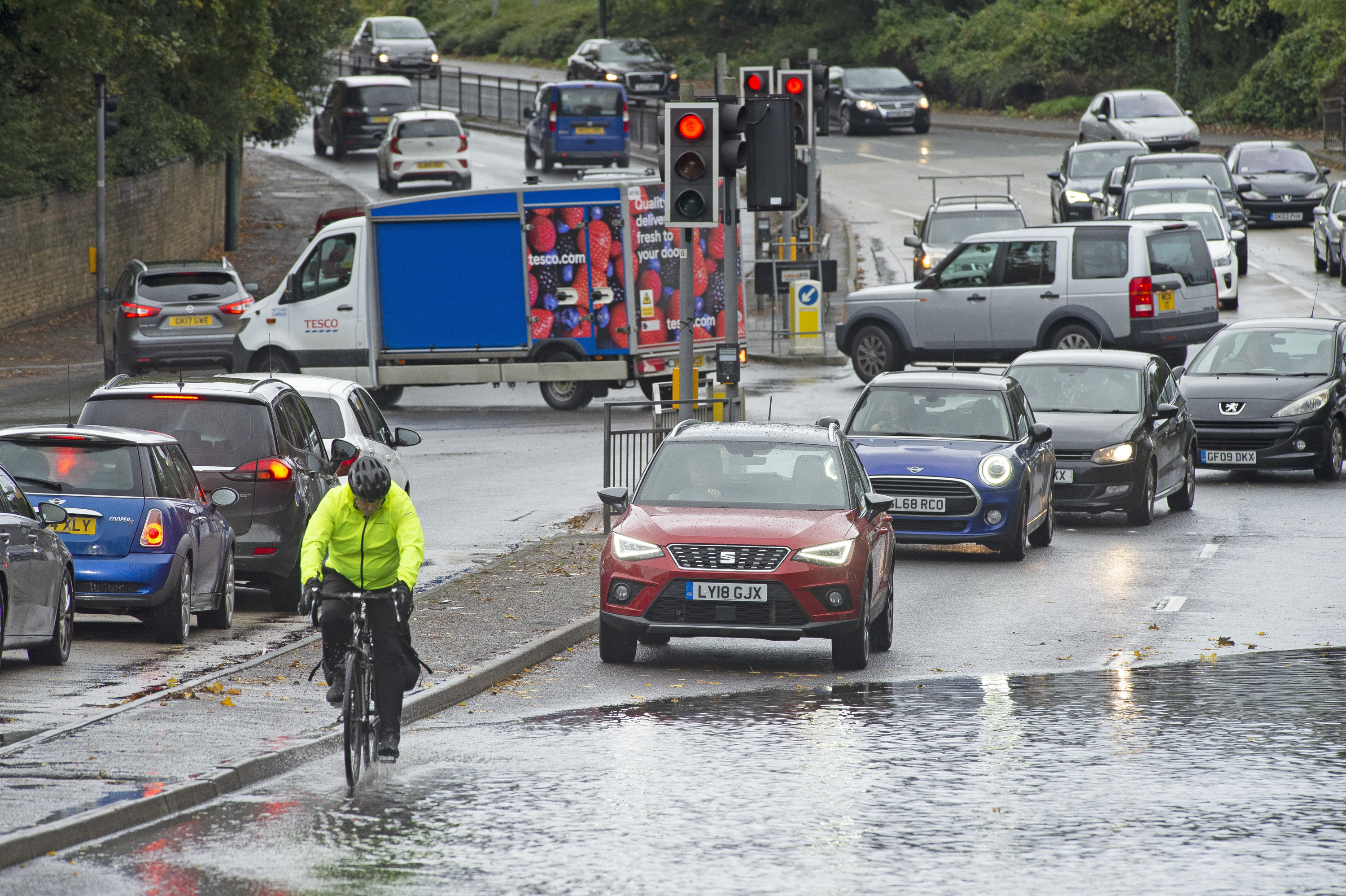 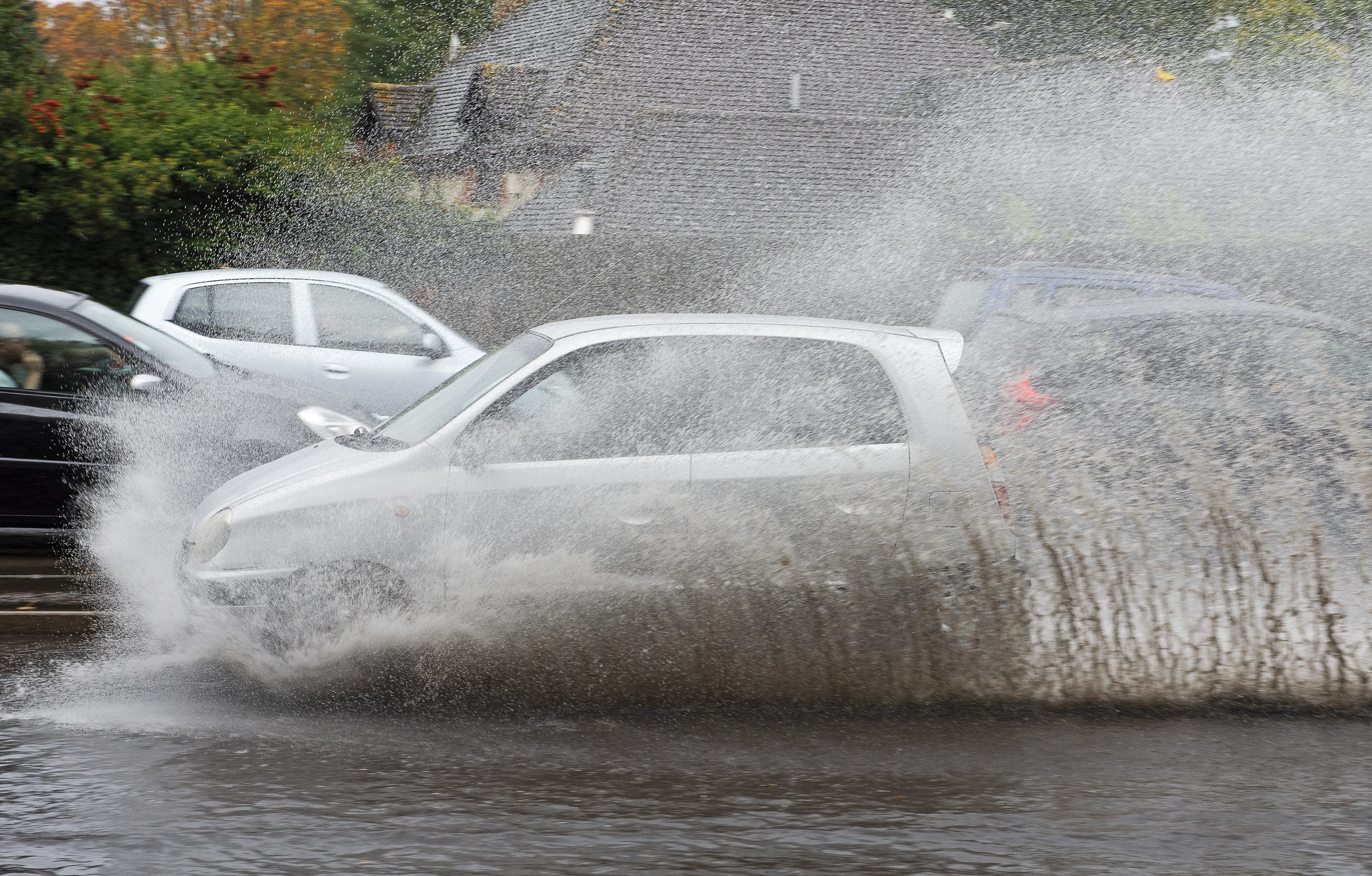 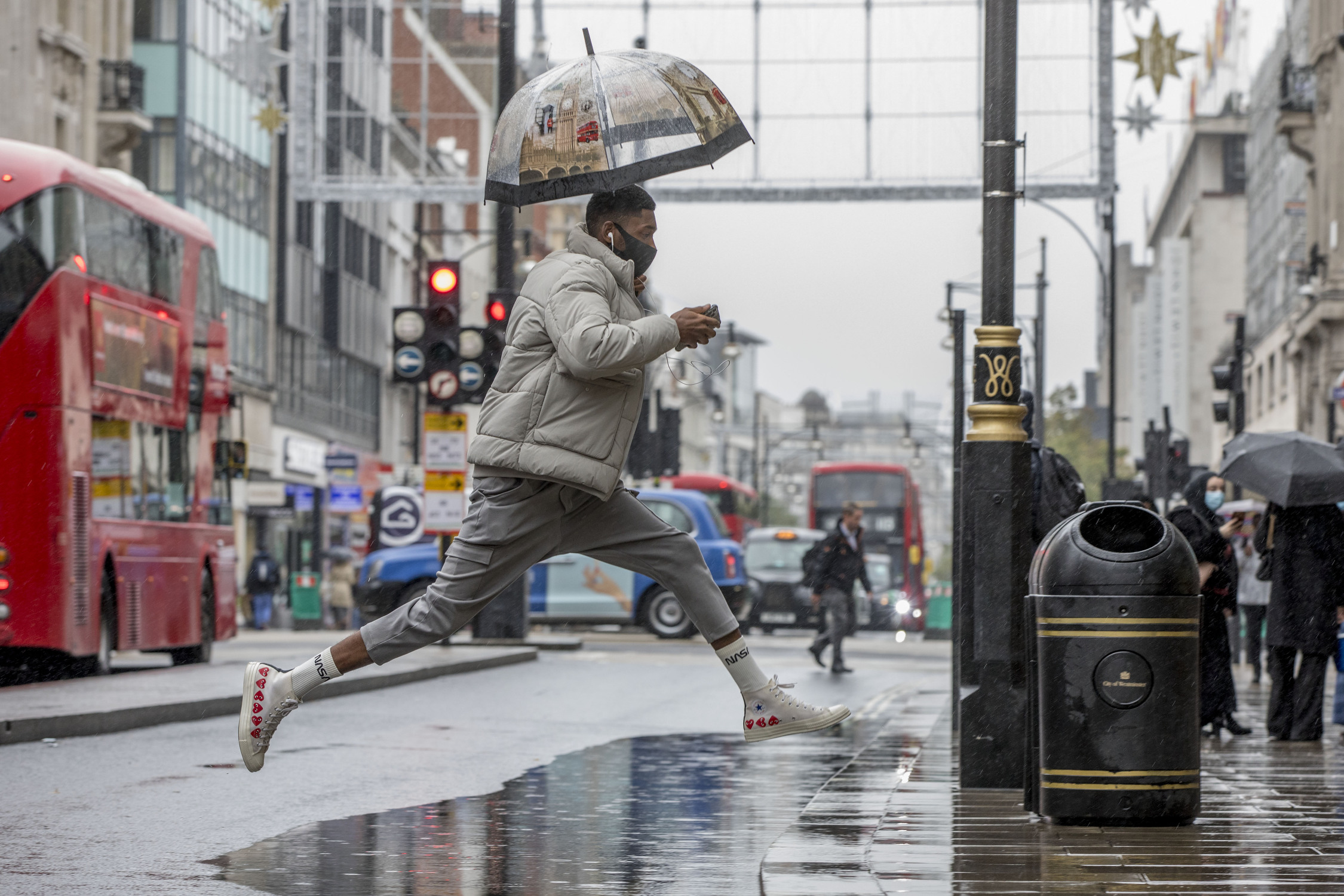 The affected areas stretch from the West Midlands to the East of England and along the south coast.

The Met Office warned that between 10 and 15 mm of rain would fall, with as much as 30-50mm in some locations between three and six hours.

As a result, surface water is likely in places, leading to potential disruption to travel and flash flooding.

A yellow weather warning has been issued for severe gales across southern England, particularly along the Kent and Sussex coastline.

It will remain in place until 5pm today. Gusts of 55mph were recorded at Langdon Bay, Kent, at midday today, the Met Office confirmed.

Gales of 45-55mph are expected inland and potentially could reach highs of 65mph on the coast.

The Met Office warned earlier this morning that gales could be strong across "exposed coastal locations" and through the Dover Strait. 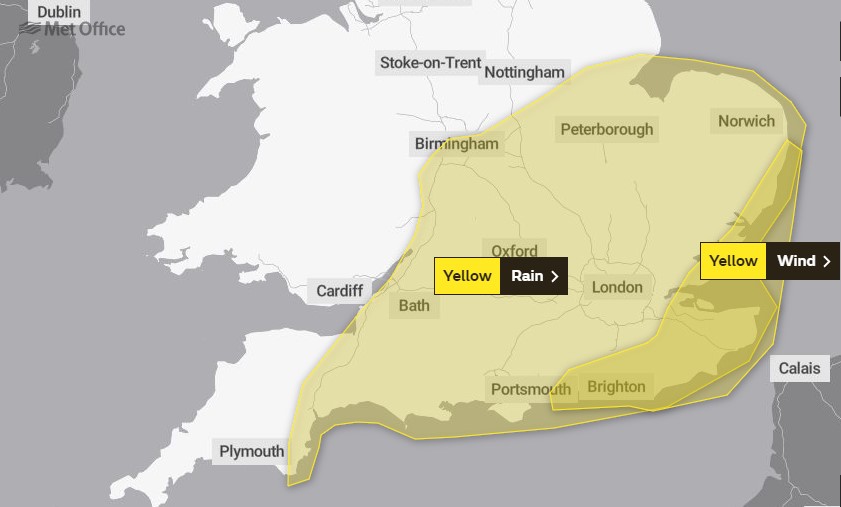 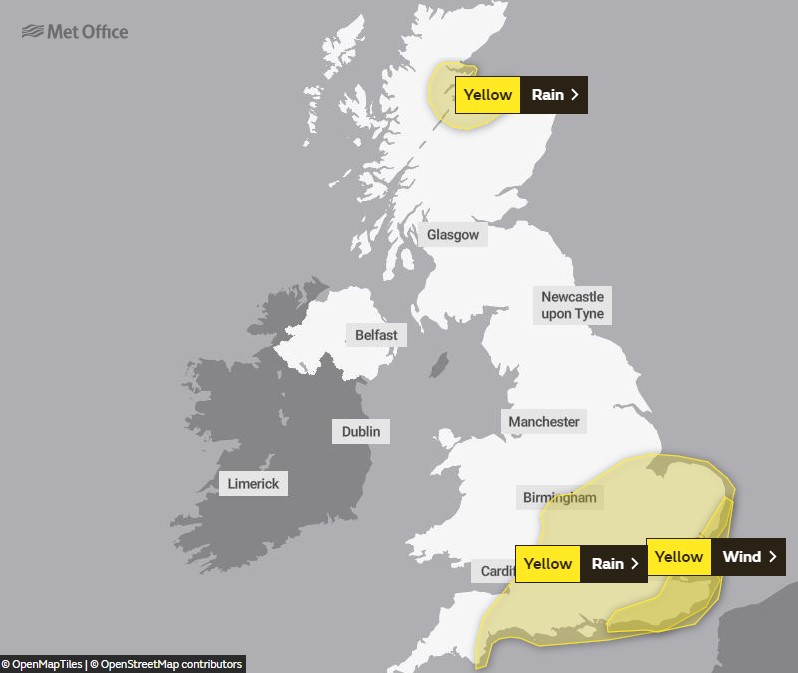 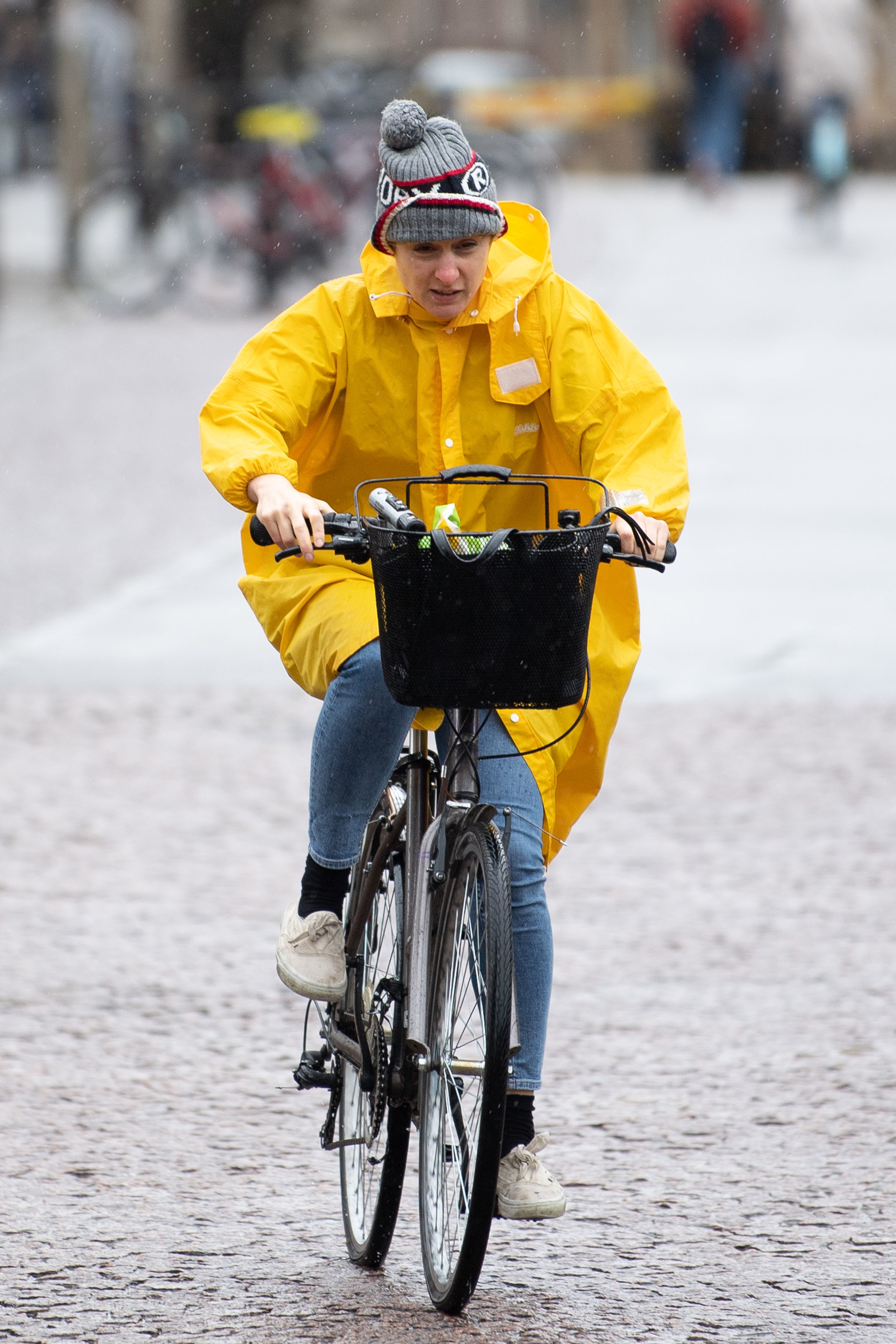 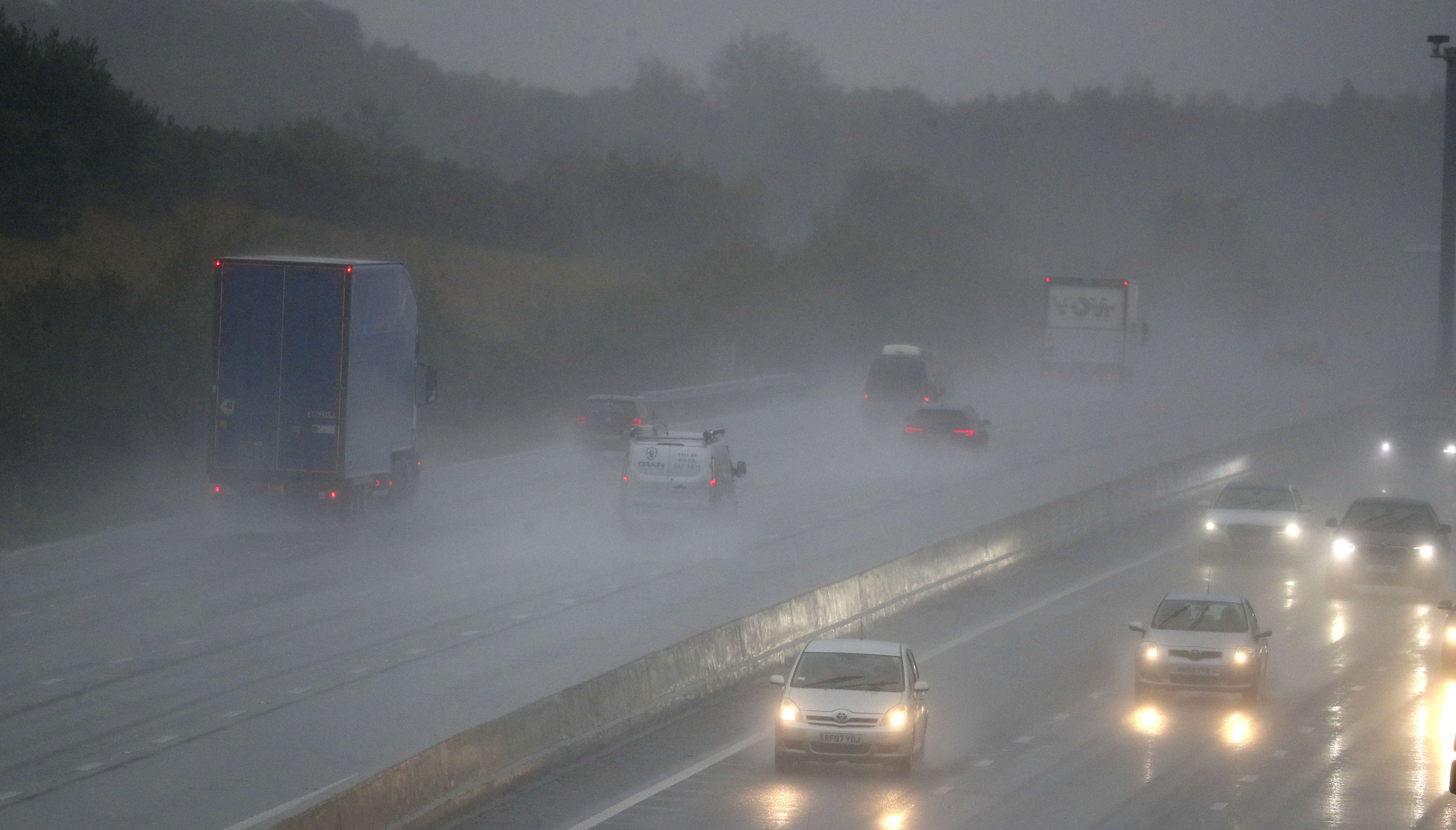 Delays to road, rail, air and ferry transport are likely and some coastal communities could be affected by spray and large waves.

At Lands End airport, Skybus flights from the Isle of Scilly were put on hold this morning due to poor visibility while aircraft at Leeds/Bradford airport were pictured struggling to land.

Flood alerts have been issued in Loughborough and along the Cornish coastline.

Storm Barbara, named by Spanish meteorologists, continues to batter Britain with torrential rain and gales as it sweeps in from Spain.

Some areas could see the equivalent of four to six weeks' of rain in just a few days.

Motorists have today been seen battling challenging conditions on the M25 as drivers try to navigate the heavy gusts and surface water.

A woman was pictured struggling with her umbrella as it blew inside out on Brighton seafront while Londoners were drenched as they made the morning commute.

Pedestrians in Maidstone, Kent, were seen using their jackets for shelter as they got drenched by passing lorries.

Some made the most of the wet and windy weather as surfers were pictured riding the waves at Bracklesham Bay in West Sussex.

A yellow weather warning for rain in north-east Scotland has been issued for tomorrow. No warnings have yet been issued for England, although it's likely the weather will remain unsettled heading into the weekend.

Rain across the UK is expected to move slowly southeast with isolated showers expecting to affect the south east of England and Western Scotland tomorrow. 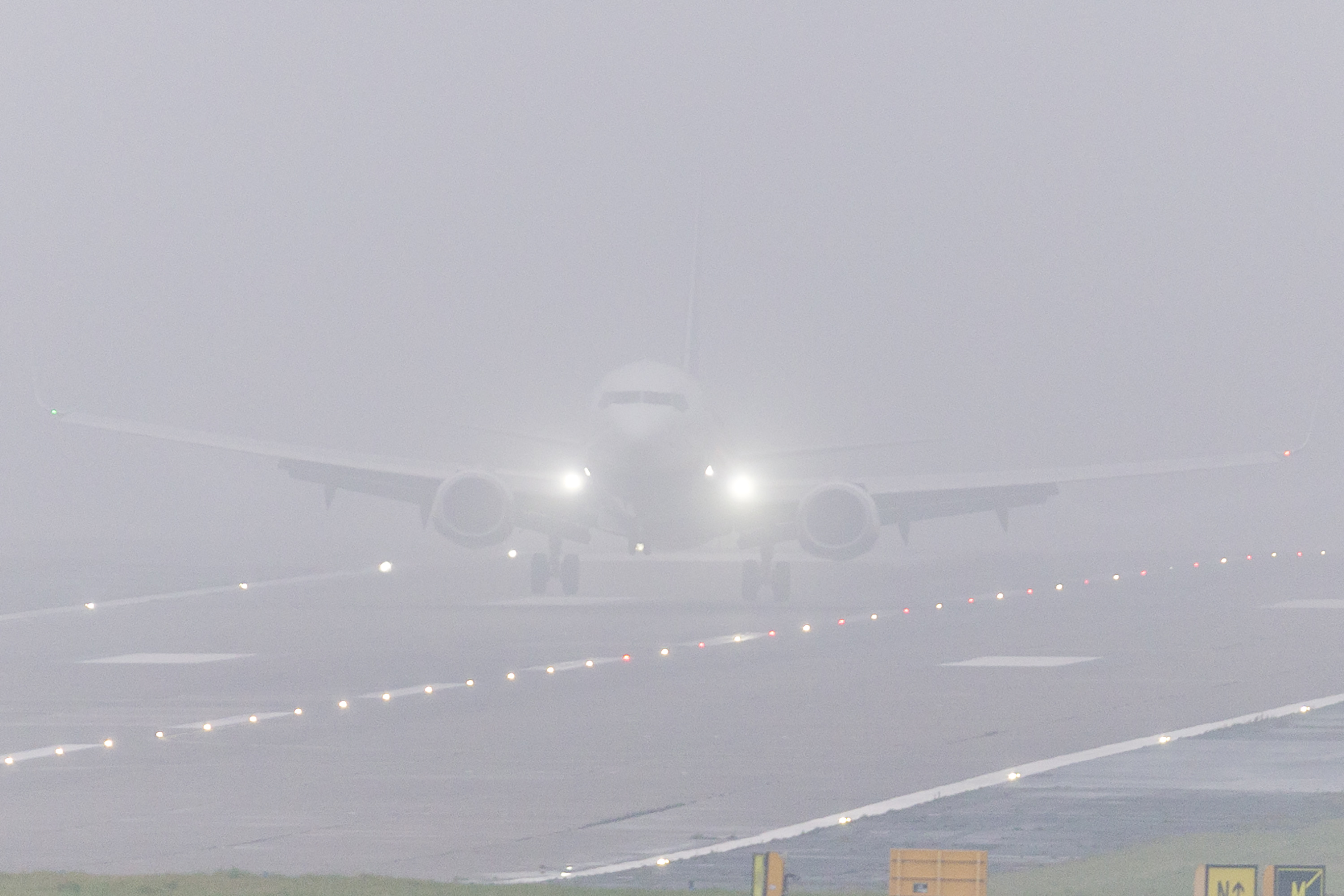 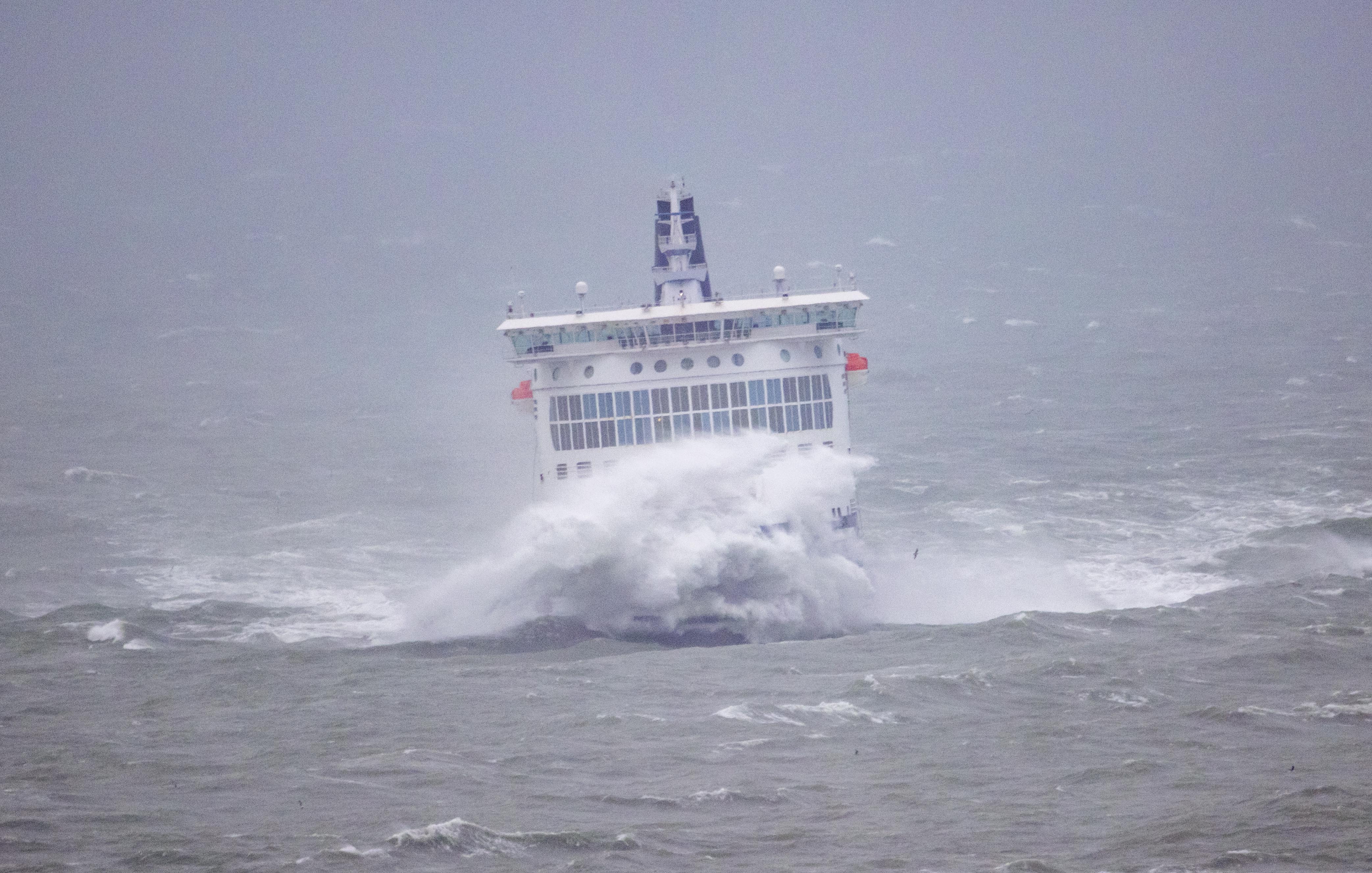 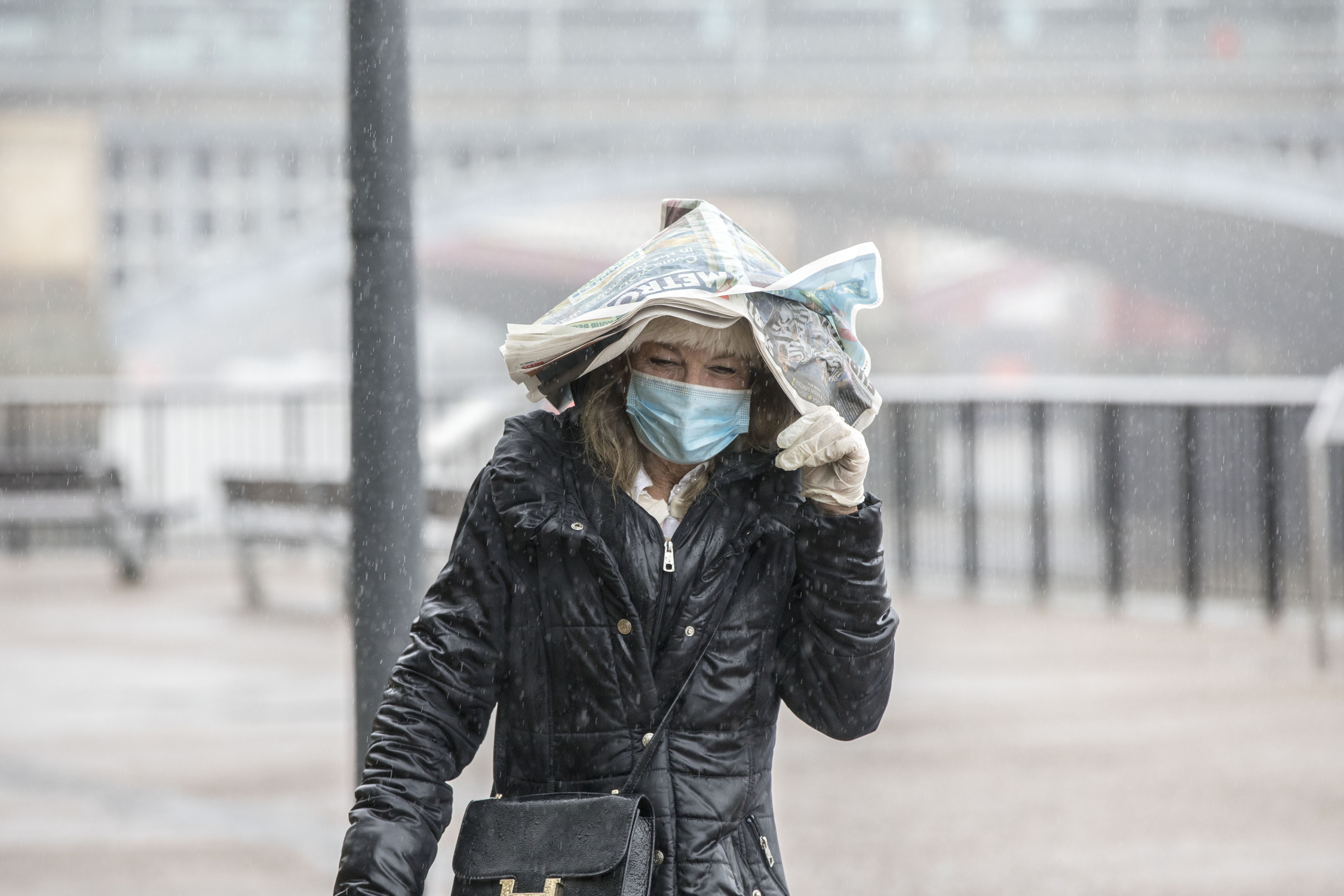