West Australians convicted of serious crimes will be able to pursue further appeals after the state parliament passed new laws.

The legislation, approved by the upper house on Wednesday, allows individuals to make a second or subsequent challenge against their convictions if fresh and compelling evidence emerges. 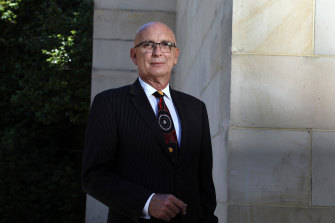 They previously had no further right to appeal even if new evidence arose that could potentially exonerate them or demonstrate a substantial miscarriage of justice had occurred.

Instead they were forced to ask the attorney-general to refer the case to the Court of Appeal, or petition the governor for mercy.

It comes after Perth man Scott Austic was acquitted of murder in 2020 after having spent almost 13 years behind bars.

Austic had been convicted of killing 34-year-old Stacey Thorne, who was pregnant with his baby, at her Boddington home in 2007.

Attorney-General John Quigley in 2018 granted Austic a second appeal against his conviction amid concerns that police may have planted evidence. A previous bid had been rejected by the former state Liberal government.

The challenge was successful and after a three-week retrial a Supreme Court jury found Austic not guilty of Thorne’s murder.

In another notable miscarriage of justice, Andrew Mallard was wrongly imprisoned for 12 years for the 1994 death of Perth jeweller Pamela Lawrence.

Mallard, whose conviction was quashed by the High Court, was killed in a hit-and-run incident in the United States in 2019.

Quigley said the new laws would enable such cases to be presented directly to the Court of Appeal instead of being considered by the attorney-general of the day.

“It is distressing when we learn of an innocent person who has languished in a prison cell with years of their life stolen as a result of false imprisonment,” he said on Thursday.

“Until now, the gift of further appeal has been the gift of a politician, which should never be the case.

“If an error has occurred in the courts of law, that error should be corrected within the halls of justice and it should not be left to politicians to decide a person’s fate.”