Home » World News » Voters have shown they don’t want parachute candidates. So why do parties do it? 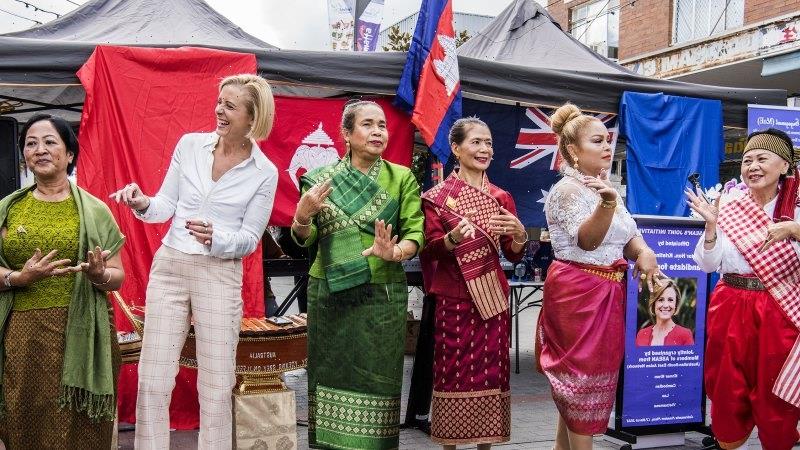 Voters have shown they don’t want parachute candidates. So why do parties do it?

It was, said one Labor insider, a decision with “some hairs on it”.

Labor princeling Andrew Charlton, former economics advisor to Kevin Rudd, Oxford Rhodes scholar and Herald columnist*, has been chosen by Labor leader Anthony Albanese as the party’s candidate for the seat of Parramatta at the upcoming election.

Charlton has impeccable credentials to run for office. The only problem is, he is being parachuted into the post from his $16 million Bellevue Hill residence over local candidates from diverse backgrounds who have spent years working in the complex multicultural seat.

The decision, labelled “structural racism” and “tone deaf” by Labor locals, was a repeat of the call by Labor higher-ups to parachute Senator Kristina Keneally into the Sydney seat of Fowler. 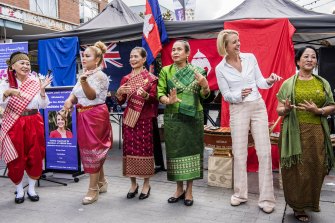 Labor has stirred a debate about its commitment to diversity by parachuting Kristina Keneally, pictured, and Andrew Charlton into multicultural western Sydney seats.Credit:Steven Siewert

Keneally was a resident of exclusive Scotland Island before she was installed as the candidate for the diverse south-west Sydney seat. As with Charlton, local candidates were passed over.

In the seat of Reid, where Homebush resident Sally Sitou has been pre-selected as the local candidate, the Labor party had reportedly wanted high-profile businesswoman Sam Mostyn to run (Mostyn told the Herald she was not a Labor member and “there was no possibility” she would run for Reid).

It is something both sides of politics do: recruit high-profile candidates to attract the attention of voters who might be wooed by a name they know. But politics is littered with the metaphorical bodies of such candidates, who may not last long and often flame out. So why keep doing it?

The parachuting of Keneally and Charlton into multicultural seats has the support of some, and this week the outgoing Parramatta MP Julie Owens said her replacement could be front-bench material if elected.

But their elevation has also angered locals and led to an ugly debate about Labor’s real commitment to diversity. Critics say the opportunity to bring in caucus MPs of diverse backgrounds comes along rarely, and if the party executive was truly committed they would grab this moment to install such a person in Parramatta.

One Labor insider, who criticised his party’s decision to install high-profile candidates, says if seats weren’t represented by locals committed to their community’s issues, they risked becoming short-term gains and more marginal in future.

”Celebrity candidates are fine, but they need to be a genuine local,” the insider says.

“The reality of running for parliament is monotony. It’s mundane. It’s fighting for people’s bus stops and potholes. Long term, it’s always a problem to drop these people in.”

Parachute candidates are a rare phenomenon, so there is not much data to show a proven way to do it well, says Australian National University Professor Ian McAllister.

McAllister, who co-directs the Australian Election Study after each federal election, says his research is clear that voters prefer candidates who live in their electorate. The length of time the politician has resided in their community also positively correlates with the vote-share they receive at election time.

“[Voters] don’t like candidates being parachuted in by the central party,” he says.

“They want a person who identifies more with the community, who is more attuned to the local community’s concerns and interests, and is going to promote the local community. It’s a strong preference. It doesn’t explain everything, but it’s a significant effect on the vote.”

Professor McAllister says the success of parachute candidates could depend on several factors: how marginal the electorate is, if they had local branch members’ support, and how much time they had before the election to move houses and meet people.

In Charlton’s case, the former staffer has a maximum of eight weeks to move from Bellevue Hill and introduce himself to the Parramatta electorate. Lucky for him, the Liberal party is still yet to pre-select his competitor.

While data shows most people cast their ballot based on policy issues, Sydney University politics expert Dr Sarah Cameron says up to 10 per cent of voters are swayed by the individual candidate.

“The profile of local candidates can shift votes and be particularly important in tight contests,” she says. “Candidates who are high-profile and favourable among the public can improve the chances of the party in those seats.”

Former ABC journalist Maxine McKew sold her Mosman home to win the seat of Bennelong for Labor from former prime minister John Howard in an upset in 2007.

But she was defeated at the next election by Liberal candidate John Alexander and a later attempt to win back the seat by former premier Keneally in 2017 also failed.

Midnight Oil frontman Peter Garrett was ushered in as the Labor party’s candidate for the safe south-east Sydney seat of Kingsford Smith in 2004, despite residing in the Southern Highlands. 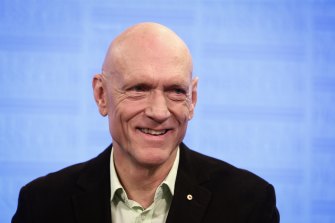 Former Labor minister Peter Garrett says the party must stare down those within its ranks not committed to acting on climate change. Credit:Alex Ellinghausen

The move angered hundreds of local branch members. He went on to serve as a minister for six years but ultimately resigned in 2013, following the bruising Gillard-Rudd wars of the early 2010s.

The Liberal party’s more recent attempts to install high-profile candidates in outside seats – such as Warren Mundine in Gilmore and Georgina Downer in Mayo – failed.

Mundine labelled his 2019 campaign a disaster. “Don’t do it again,” he warned.

Australian politics lecturer Dr Stewart Jackson, from the University of Sydney, says there were broader advantages in securing big-name candidates.

“It’s to say: we’ve got this really high-profile person on board who’s going to bring people across to us, across the nation,” he says. “Peter Garrett’s name recognition is huge nationally. Mark Latham could stand next to him and say: he’s one of ours.”

In the case of a former premier such as Keneally, factional politics, name recognition and campaign acumen were also at play.

“Most people in NSW know who she is: she has cachet, she has knowledge, she has experience. She’s also a bloody good campaigner,” Jackson says. “You’re transferring them into the lower house, they’ll be ministerial material. That’s one reason you’d try and do it, particularly if their local seat wasn’t available.”

Charlton, a successful businessman, could also help repair perceptions of Labor as anti-business, he says.

But it may not work in the long term. “It worked with Maxine McKew [in 2007], but it didn’t work a second time. Your intention is to win government, but are you getting lasting benefit?” Jackson says.

In the case of Keneally and Charlton – who have been selected at the expense of opportunities for local candidates who reflect their ethnically diverse communities – the gamble also comes with repercussions.

Australian politics has a systemic diversity problem, says Osmond Chiu, a research fellow at the Per Capita think tank and member of the Labor state policy forum.

His analysis shows only four per cent of Australian MPs have non-European overseas heritage compared with 21 per cent of the country’s population.

“The frustration is that chances to increase diversity in our parliament are so rare, and decisions made have an impact long into the future,” he says.

“If we can’t get diversity in one or two seats, how are we going to reach that point [of representation]?

“I have no doubt that Andrew Charlton and Kristina Keneally will make great contributions, but this is also about priorities.

“Parties have choices, and the fact that diversity is constantly overlooked sends a really strong message to people who aren’t political insiders.”

* Charlton’s Herald column has been paused.