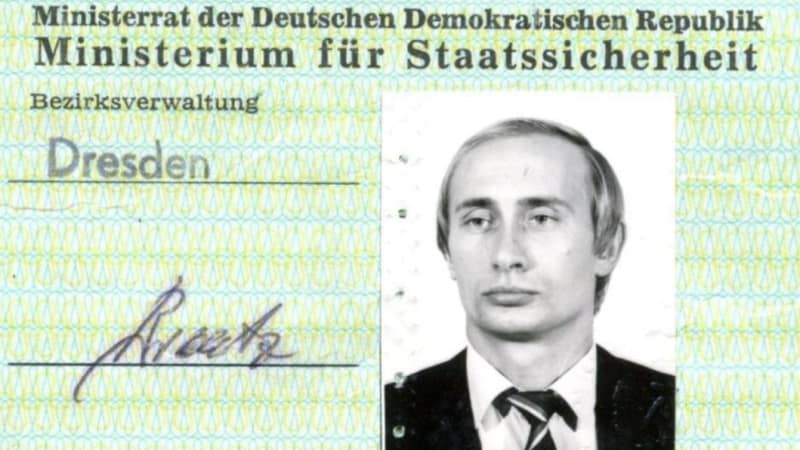 Berlin: The identity card, issued more than three decades ago by East Germany's Stasi secret police, would be of little interest were it not for the name of the man staring out: Vladimir Putin.

The card was issued in 1986 when Putin was a mid-ranking KGB spy stationed in Dresden in communist East Germany, then under Russian occupation. 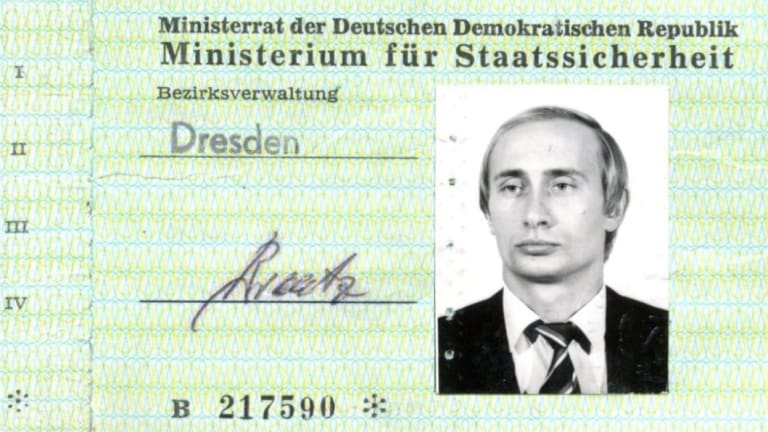 A Stasi ID pass used by Vladimir Putin when he was a Soviet spy in former East Germany has been found in the secret police archives in Dresden.Credit:BStU.

US historian Douglas Selvage found it in archives where it has lain since at least 1990, when the two Germanys were reunified.

The card was trumpeted by Bild newspaper on Tuesday as evidence that Russia's now long-serving President was also working for the hated East German security service, which was wound up in 1990.

With the serial number B 217590, the card bears Putin's signature next to the black-and-white photograph of a tie-clad young man. He signed his name as "Wladimir Putin" using German spelling.

On the reverse side, quarterly stamps show it remained in use to the final quarter of 1989, when spreading protests precipitated East Germany's collapse. 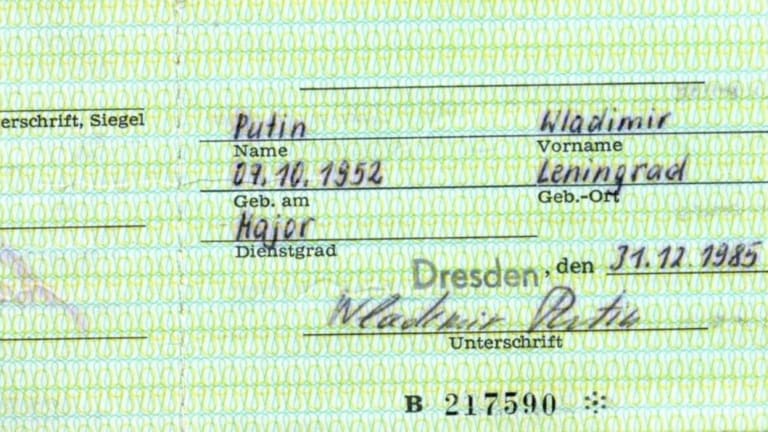 In a statement, the authority in charge of the Stasi archives said it was common for KGB agents stationed in the fraternal socialist German Democratic Republic to be issued with passes giving them entry to Stasi offices.

"It allowed KGB representatives to access regional offices of the Ministry for State Security [Stasi]," the statement read.

"That went also for Vladimir Putin, who then worked in the KGB office in Dresden … There is no evidence he worked for the Stasi."

Asked about the report on Tuesday, Kremlin spokesman Dmitry Peskov told reporters there would be nothing unusual in Putin having such a card. 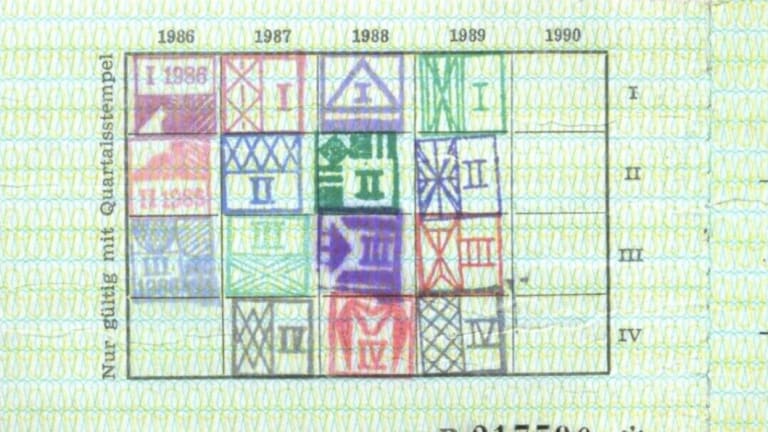 On the reverse side, stamps show the card remained in use to the final quarter of 1989, when protests precipitated East Germany’s collapse.Credit:BStU

"As is well known at the time when the Soviet Union existed, the KGB and the Stasi were partner intelligence agencies so you probably can't rule out an exchange of such identity cards," he said.

When the Berlin Wall fell in 1989, Putin, who held the rank of major, said he brandished a pistol to stop an angry crowd from ransacking his intelligence agency's offices in Dresden and purloining its files, a tactic that worked. 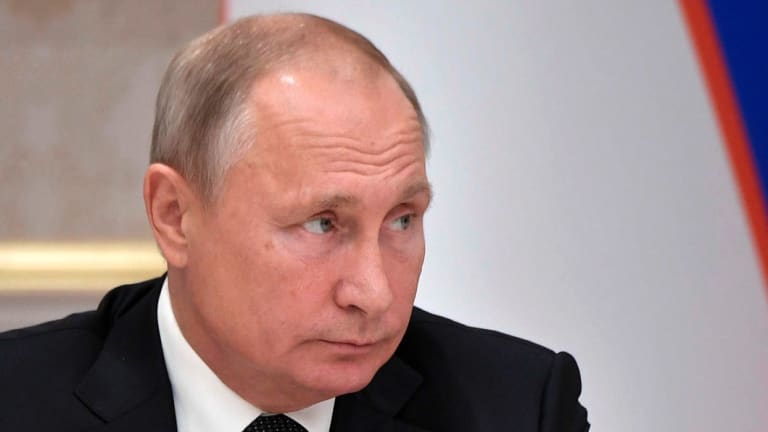 A fluent German speaker, his work there included recruiting informants and saw him promoted twice. Before he left, Putin said he and others burned reams of secret KGB files.

Putin went on to head Russia's FSB, the main successor agency to the KGB, before assuming the presidency in 2000.

Is She Ready for It? Taylor Swift’s BF Joe Alwyn Will Propose Soon!