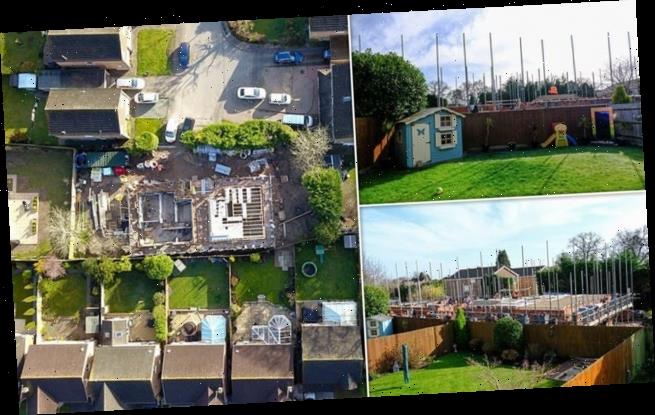 Angry villagers slam ‘garden grabbing’ developers who chopped down orchard behind their £450,000 homes to make way for two new houses as they claim ‘eyesores’ will ruin their views

Villagers have slammed developers for axing an orchard of fruit trees at the back of their gardens to make way for two new houses.

Residents in Balsall Common, West Midlands, whose gardens are now set to back onto a 25ft wall, called the development an ‘eyesore’ and have accused developers of ‘garden grabbing’.

The road, Greenfield Avenue, has an average house price of £450,000, however neighbours fear this is set to plummet once the building is complete. 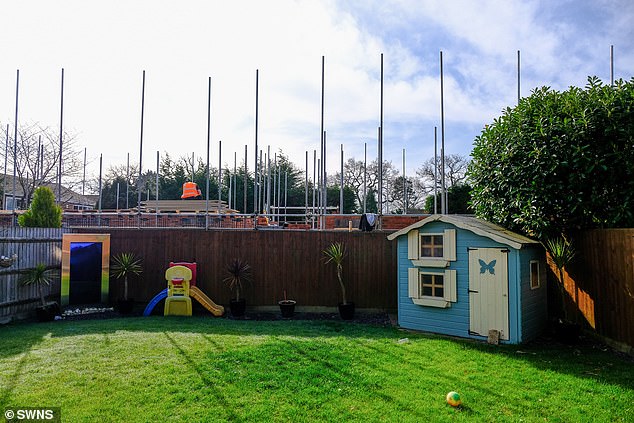 Residents in Balsall Common, West Midlands, whose gardens are now set to back onto a 25ft wall, called the development an ‘eyesore’ and have accused developers of ‘garden grabbing’ 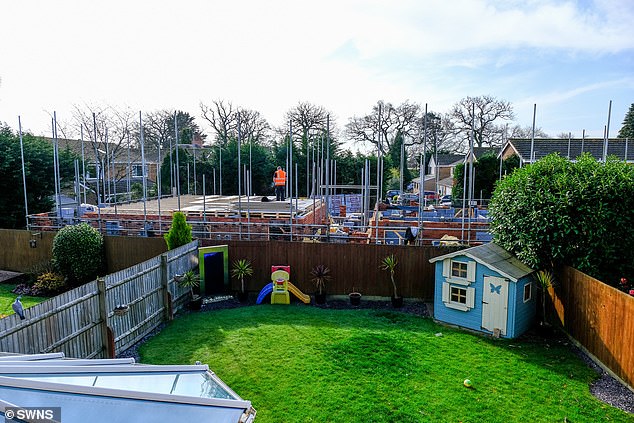 Resident Marc Daniels, 54, said: ‘These overbearing buildings are being built now but in my view they should never have been given the go ahead.

‘I used to see beautiful fruit trees at the back of my garden but when these houses are finished I’m going to be looking at a 25ft high brick wall.

‘The property is going to be right on top of us. It’s going to have a real impact on several houses here but the planners are clearly not bothered about that.

‘As far as I’m concerned the council don’t listen to people.’

The dad-of-three, who has lived in the village for more than 20 years, added: ‘I never understood why such a small piece of land was allowed to be built on in the first place.’ 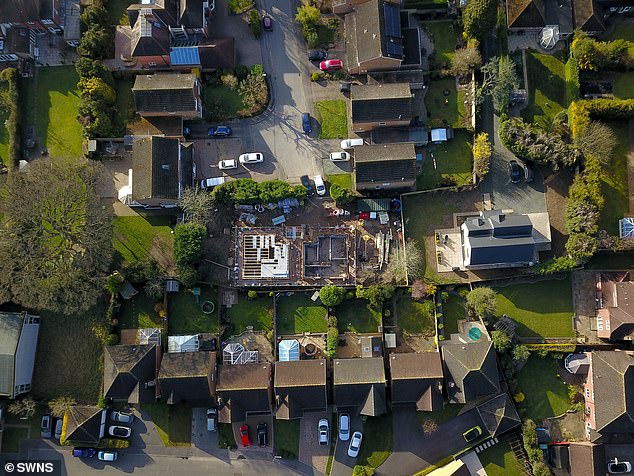 An aerial view of a new housing development built in Balsall common, Solihull, which was originally a small orchard between houses 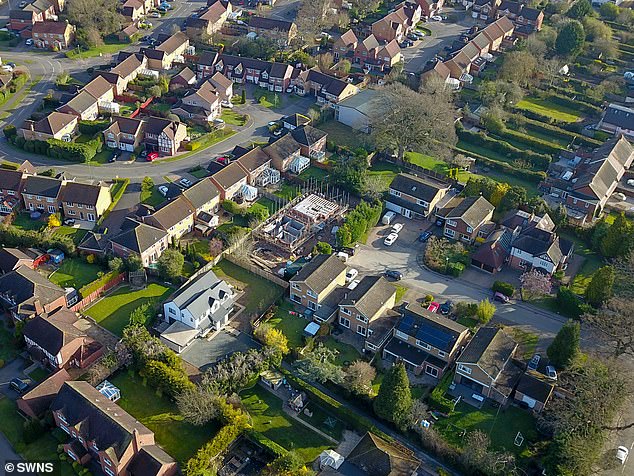 The road, Greenfield Avenue, has an average house price of £450,000, however neighbours fear this is set to plummet once the building is complete 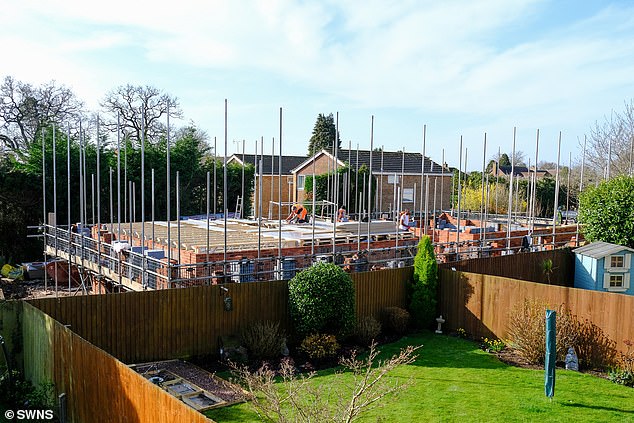 Resident Marc Daniels, 54, said he didn’t understand why permission had been given for the properties on ‘such a small piece of land’ 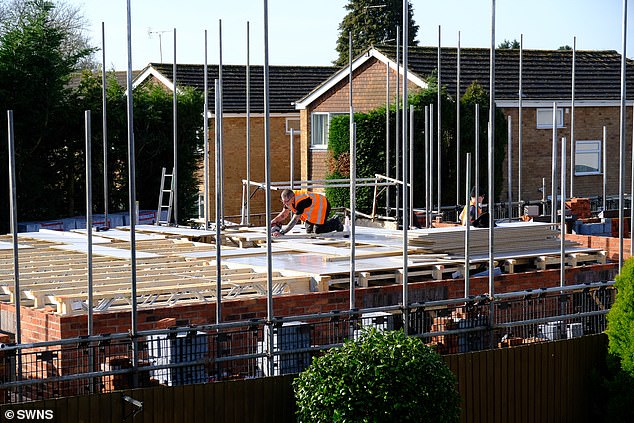 Neighbour to the build, Mark Yates, 38, accused the council of ‘shoehorning’ housing into the village

The council’s Draft Local Plan has earmarked around 1,700 new properties for the village.

The plans for the houses were passed in February 2020 despite widespread objections from residents and the parish council. 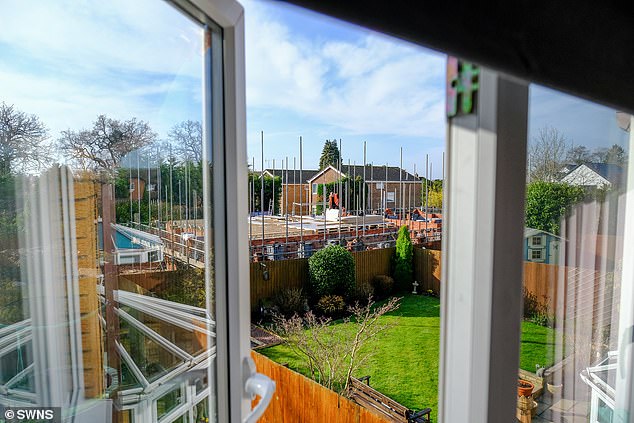 A view of the properties being built from the window of a neighbouring home, which once overlooked an orchard 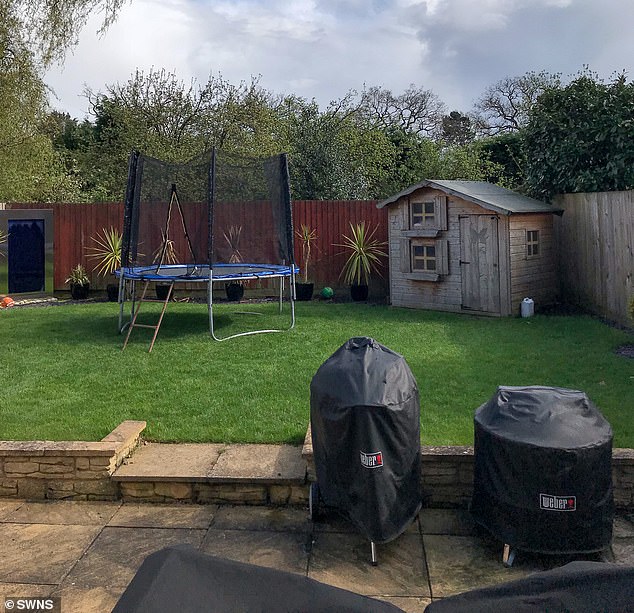 The garden of a home on Greenfield Avenue before the work took place, an orchard can be seen behind the fence

‘It really annoys people and causes a lack of faith in the system when the council don’t make reasonable and fair decisions.’

The homes have been built on a strip of land that used to be a garden before being sold to a developer.

Mr Yates, who works in mental health, added: ‘Just over a year ago we received notification of a planning application to put two houses at the end of our garden.

‘We objected to that and a significant number of local people objected as we all felt it was an inappropriate development.

‘We have now got two four bedroom detached houses almost sat on our back fences. 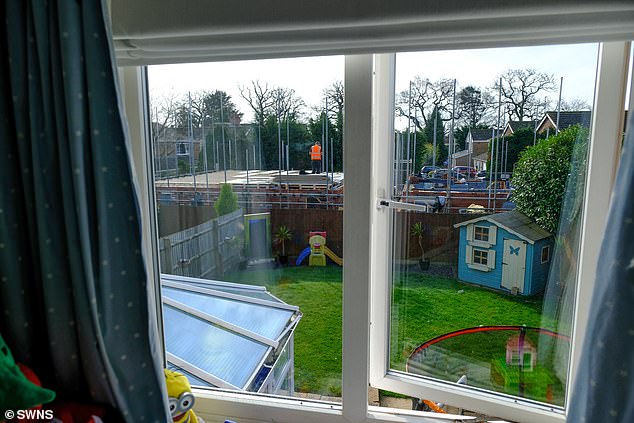 ‘Whereas before it was a garden space that was behind us.

‘We were all pretty stunned when the plans were approved.

‘Although the second story hasn’t gone up yet you can see how close they are going to be.

‘It’s the impact on our ability to enjoy the home and the kids playing out in the summer. Our kids had to watch the trees being ripped out and the birds nesting in there.

‘They have been learning about protecting the environment and then to have to watch the trees being ripped out by the branches and birds sitting on the fence not having anywhere to go – it did upset them.’