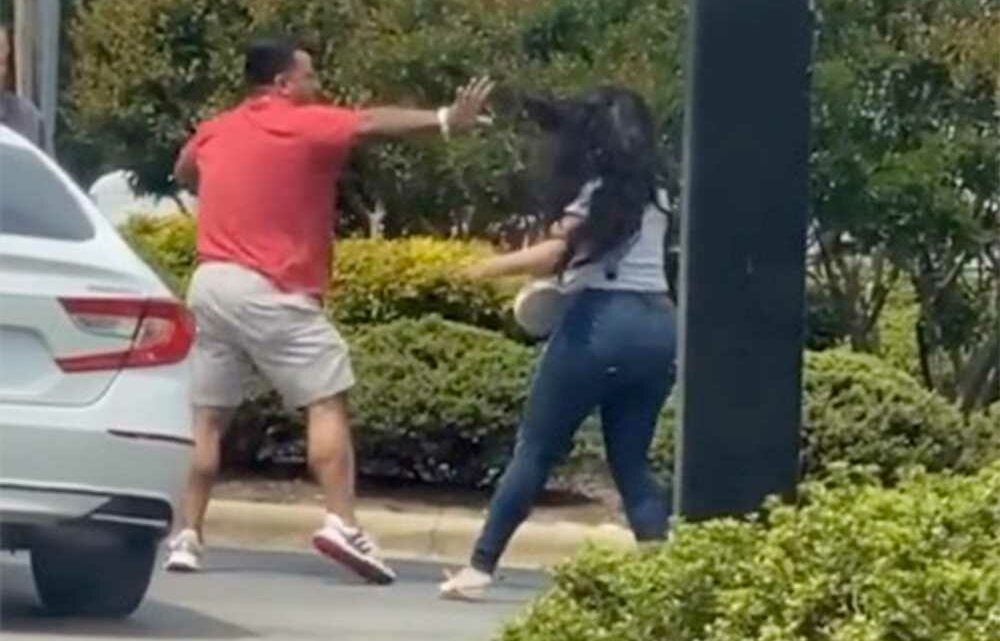 A fight erupted at a crowded gas station in North Carolina when a woman reportedly tried to cut the line during panic buying sparked by the Colonial Pipeline shutdown.

Cellphone video of the incident shows the woman spat into the driver’s side of a gray Honda waiting near pump No. 10 at the Marathon station in Knightdale, NC, according to WRAL News.

A man then gets out of the Honda and spits at the woman’s face, at which point they begin exchanging blows and grappling — during which the woman tears the man’s red T-shirt.

The man also appears to toss the woman’s cellphone into the street, WRAL said.

The witness who recorded the fracas told the TV station that the woman was trying to cut the line when she drove her vehicle into the side of the man’s car around 2 p.m. Tuesday.

No arrests had been made, WRAL reported.

The Chase fans bemused by Darragh Ennis’ absence from show: ‘Where is he?’