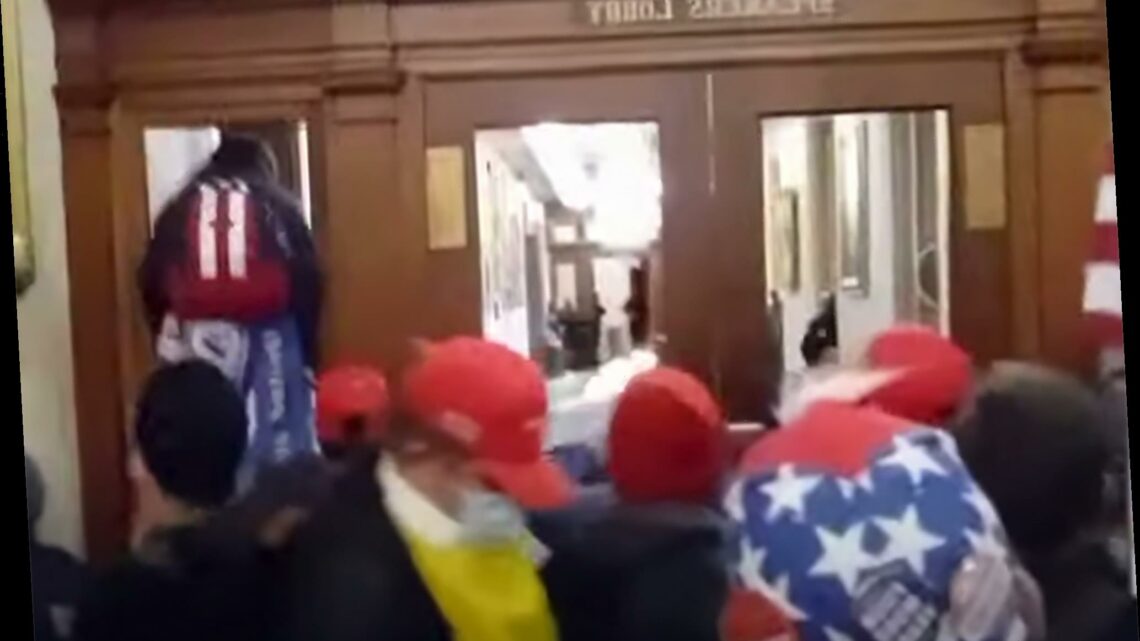 3 others died in DC chaos in addition to woman shot inside US Capitol: cops

Neo-Nazis among protesters who stormed US Capitol

New video shows the moment a woman was fatally shot as protesters stormed the Capitol on Wednesday.

The minute-long clip posted to Youtube begins by showing a group of four armed cops rushing up an ornate Capitol stairwell.

They reach a doorway where they join a crowd of people, many wearing red MAGA hats and some waving American flags, who are pushing up against a barricaded double door.

Amid much shouting and jostling, a woman with a flag-motif backpack, who was identified as Ashli Babbitt, is seen from behind as she is lifted up by others in the crowd.

She begins climbing through the open frame of one of the doors’ windows, from which the glass has been broken or removed.

Then a loud shot rings out and Babbitt falls backward back into the crowd — apparently shot through the window from the other side, where at least four black-uniformed officers can be seen darting in and out of doorways in the distance.

A man wearing a suit, tie and ID lanyard is seen frantically getting the attention of the officers on the near side to the door, grabbing them by the shoulders and pointing down at the dying woman.

She cannot be seen at that point, and the clip cuts out.

Babbitt is a strong supporter of President Trump, her husband told the station.

Andy Griffith or Lucille Ball: Who Had the Higher Net Worth?
World News