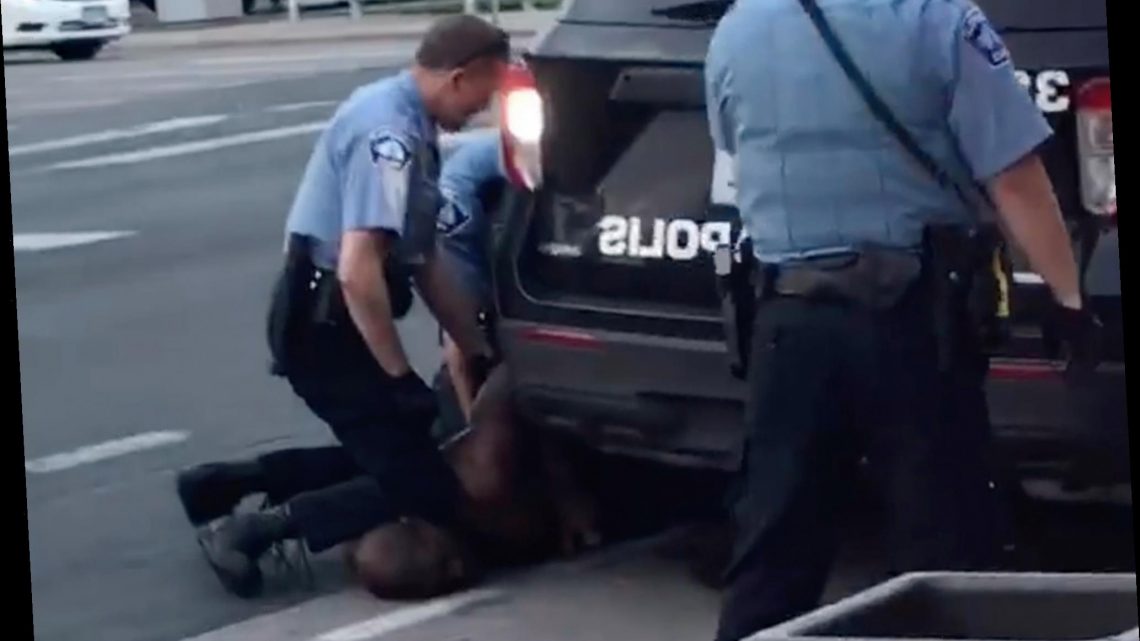 Disturbing video shows a Minneapolis police officer with his knee pinned on the neck of a moaning black man, who later died.

The footage, which was shared by a bystander Darnella Frazier, showed the man appearing to be in distress on the ground at the foot of a squad car.

In the clip, onlookers repeatedly plead with the officer, who is white, to take his knee off the man’s neck. At one point, the man becomes unresponsive.

Another bystander asks the cop, “Did you kill him?”

The Minneapolis Police Department said they had been responding to a report of a “forgery in progress” Monday night and were advised that the man, believed to be in his 40s, appeared to be under the influence.

Police said they ordered him to get out of his car, which he complied with but then “physically resisted officers.”

“Officers were able to get the suspect into handcuffs and noted he appeared to be suffering medical distress,” police said.

The man, who was not identified, was brought to Hennepin County Medical Center, where he “died a short time later,” authorities said.

“At no time were weapons of any type used by anyone involved in this incident,” police said.

The FBI and state authorities are now investigating his death while the two of the officers were placed on paid administrative leave, CBS reported.

Frazier, who took the video, said on Facebook that “the police killed him, bro, right in front of everybody,” the Washington Post reported.

“He was crying, telling them like, ‘I can’t breathe,’ and everything. They killed this man,” Frazier wrote.