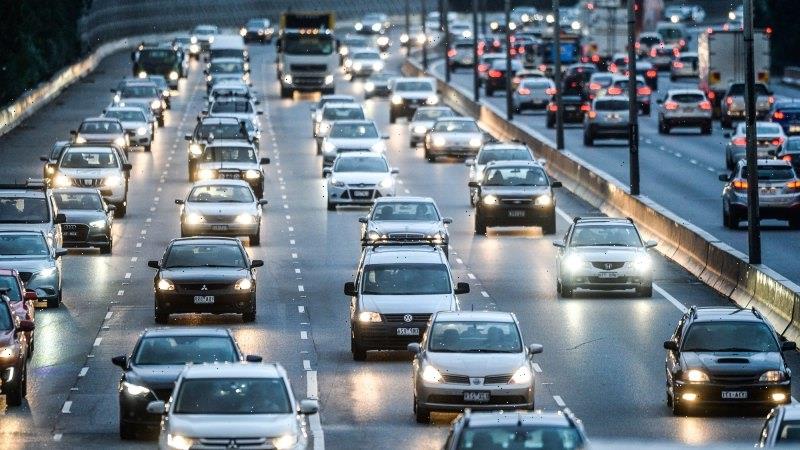 Victorian road and rail network in line for $3b budget boost

More than $3 billion will be pumped into Victoria’s road and rail network in Tuesday’s federal budget, including funds for a massive new freight terminal designed to remove thousands of trucks from Melbourne’s clogged roads every day.

The Morrison government will target key transport routes across the city as part of its pandemic recovery package in efforts to ease peak-hour traffic and help businesses get products to domestic and international markets quicker by better connecting the state’s rail, port and road networks.

An initial $2 billion will be put towards a new intermodal terminal – with potential sites identified at Truganina in the city’s west and Beveridge, about 40 kilometres north of Melbourne – which will accommodate future Inland Rail services of double-stacked, 1800-metre trains.

About $500 million will be invested to improve traffic flow at two pinch points along the Monash Freeway, with lane duplications, new ramps and several overpass upgrades near Berwick and Pakenham in the south-east.

Federal Treasurer Josh Frydenberg has also also been forced to put an additional $90 million towards multi-level commuter car parks at Heathmont, Berwick, Ferntree Gully, Frankston and Ringwood after underestimating their costs when they were announced at the 2019 election.

The federal government promised new car parks at 30 railway stations as part of its re-election bid but many have been hit by planning hurdles, including the need for private land to be bought, and only a few are under construction. The pledges where condemned by the opposition as being designed to sandbag at-risk seats, and the Auditor-General is now investigating whether they were chosen on merit and are being effectively delivered. 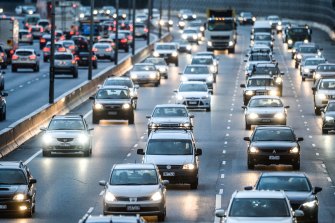 About $500 million will be invested to improve traffic flow at two pinch points along the Monash Freeway.Credit:Justin McManus

“From building the intermodal Melbourne needs for a better future for freight and productivity, to improving the key road connections in the outer suburbs and regional areas, these projects will support more than 3000 direct and indirect jobs across Victoria,” he said.

There is no terminal in Melbourne capable of accommodating the Inland Rail service of double-stacked trains, and the federal and state governments have funded a business case to develop a new precinct with sufficient capacity from the start of services in the middle of this decade.

The new terminal and connecting transport infrastructure will be delivered to supplement, and potentially replace, an existing terminal at Dynon. The initial federal investment, which includes the option for equity or debt funding, is contingent on a matching contribution by the Andrews government.

Mr Morrison said it would boost the nation’s productivity by helping businesses access export markets faster, while taking up to 5500 trucks off Melbourne’s roads every day.

“We are supporting Victorian workers and businesses to thrive in the post-pandemic future, backing them to lead the nation’s economic recovery,” he said.

Almost $1 billion of additional funding will be put towards road projects, including an extra $20 million for the state’s “green triangle”, which will deliver upgrades across south-west Victoria with a focus on four key corridors that provide freight connections to the Port of Portland. A $17 million dairy roads package is designed to help tankers better access farmers in the region.

The package also includes funding for various projects under key Roads of Strategic Importance initiatives including the Ballarat to Ouyen, Echuca to Robinvale, Melbourne to Mildura, Stawell to the South Australian border, and Toowoomba to Seymour corridors.

Infrastructure, Transport and Regional Development Minister Michael McCormack said the funding was a key plank of efforts to help Australia bounce back from the COVID-19 pandemic.

“The Australian government looks forward to working constructively with the Victorian government to deliver this infrastructure, supporting jobs and businesses right across Victoria,” he said.

Johnny Vegas snaps at Sunday Brunch interruption ‘Why don’t you gaslight me?’