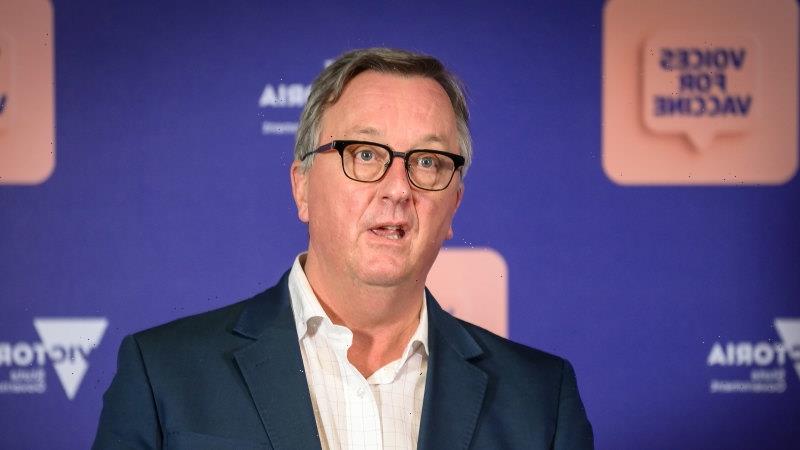 Victoria has surpassed NSW for new COVID-19 cases for the first time since the most recent outbreaks of the Delta strain began.

On Tuesday, Victoria recorded 867 new coronavirus cases – the highest number since the pandemic began last year. That beat the 863 cases announced by NSW, although revised figures from both state governments reveal the outbreaks actually crossed paths on Monday, when NSW had 806 cases compared with Victoria’s 845.

One epidemiologist in Victoria warned the state needed to drive up vaccination rates in the city’s most vulnerable areas, even as the state reached its 80 per cent first-dose vaccination mark on Tuesday.

From Wednesday, having hit that target, Melburnians can once again go boating, play tennis or golf, travel 15 kilometres from home and masks can be removed at playgrounds to eat and drink.

But some Melbourne local government areas, including the Darebin and Moreland municipalities in the city’s north, appear to be falling behind on vaccination targets.

Their first-dose rates are at 70 per cent – almost 20 per cent behind the city’s most vaccinated area, the municipality of Bayside, covering suburbs such as Brighton and Black Rock.

On Tuesday 48.42 per cent of the Victorian population aged over 16 had received both doses of a coronavirus vaccine.

NSW Premier Gladys Berejiklian warned this week that case numbers would “go through the roof” when her state reopened next month as it reaches 70 per cent of the population over 16 double vaccinated.

The Andrews government is hoping a vaccination sprint will see the state following a similar trajectory to NSW. “The best lived-experience we can point to is NSW,” Health Minister Martin Foley said, pointing to “high-risk” communities in Sydney’s west – similar socio-economic groups live in Melbourne’s west and north. 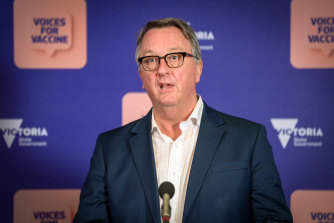 “Those high-risk communities, once they got over 50 [per cent vaccinated], the curve started to bend. It’s the same variant, it’s the same vaccines, the communities are not dissimilar in a lot of ways,” Mr Foley said.

Victoria’s road map out of lockdown relied heavily on modelling released by the Burnet Institute in September, which foreshadowed thousands of new COVID-19 cases each day by late October. But the state could potentially avoid projected daily average infection peaks between 1500 and 3000 cases, as vaccination rates in high-risk communities increase.

The state’s effective reproduction number (the measure of how many people each infected person passes the virus onto) has fallen from 1.5 at the time the Burnet Institute conducted its modelling to 1.2 in recent days.

If that rate continues to fall – thanks in large part to increased vaccination and testing, people in the north and west of Melbourne changing their behaviour in response to the growing COVID-19 threat, and the shutdown of the high-risk construction sector – daily cases may not go as high as projected.

“A whole lot of work is being done to bring up those vaccination levels, and once you start to get control of the outbreak, the [reproduction rate] will naturally come down,” said Professor Margaret Hellard, co-author of the Burnet modelling.

“Similarly to what we’re seeing in Sydney local government areas of concern, there were high caseloads, and a huge amount of work was done to increase vaccination, work with local communities so they understood restrictions. This then lowers the [reproduction number], and it disproportionately has a good effect.”

Catherine Bennett, the chair in epidemiology at Deakin University, said it could take a higher level of vaccination to turn Melbourne’s outbreak around “because we have a different distribution of the virus in the community than Sydney. We don’t have it as contained as they did at a similar point”.

Professor Bennett said there had been a “concentrated effort to get the vaccinations rolling out in those hotspots in Sydney. They really had an extraordinary rise some weeks, an 8 to 9 per cent rise in people getting vaccinated with their first dose”.

She said the more widely distributed outbreak in Melbourne was proving more difficult to tackle. She commended the Victorian government’s strategy of pop-up vaccination hubs in high-risk areas.

“If you can boost the vaccination rates in areas with highest transmission, hopefully it starts dampening it down. It just might take us longer to get vaccines to the right spots in Melbourne.”

Asked if case numbers in Melbourne would now plateau, Professor Bennett warned that, while they would, the state could see high numbers in the weeks ahead before a levelling off.

Professor Bennett said it was crucial immunisation coverage was raised in vulnerable areas now Victoria had greater access to vaccines. If this was done, and the state succeeded in keeping cases below 2000 a day, “we could transition out of this by October 25 and avoid those predicted December highs”.

Opposition Leader Matthew Guy said the Victorian government should follow the lead of NSW, Tasmania and South Australia and commit to fully reopening the state from December 1.

The City of Latrobe will enter a seven-day lockdown from 11.59pm on Tuesday after health authorities revealed four additional COVID-19 cases had been detected in the regional area.

“The public health teams have significant concerns about onward transmission in the Latrobe valley and have determined that the seven-day lockdown is needed to limit growth in cases”, a Health Department spokesman said.

Tori Amos on Her COVID-19 Lockdown Experience: I Was on My Knees Emotionally 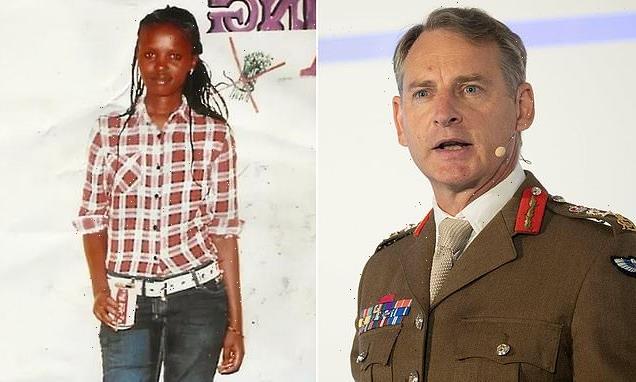