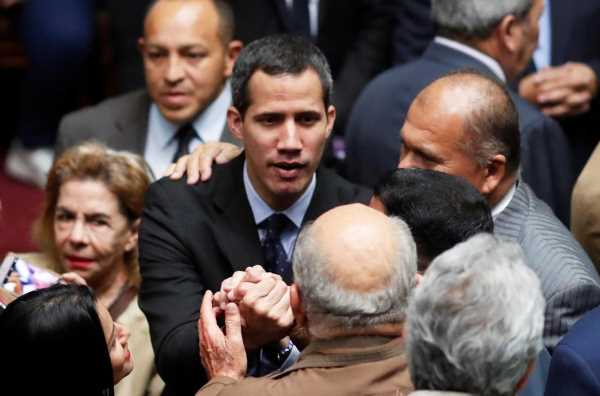 CARACAS (Reuters) – The struggle for control of Venezuela intensified on Wednesday, as the government prepared an investigation that could lead to the arrest of opposition leader and self-declared interim president Juan Guaido, who has called for new street protests. 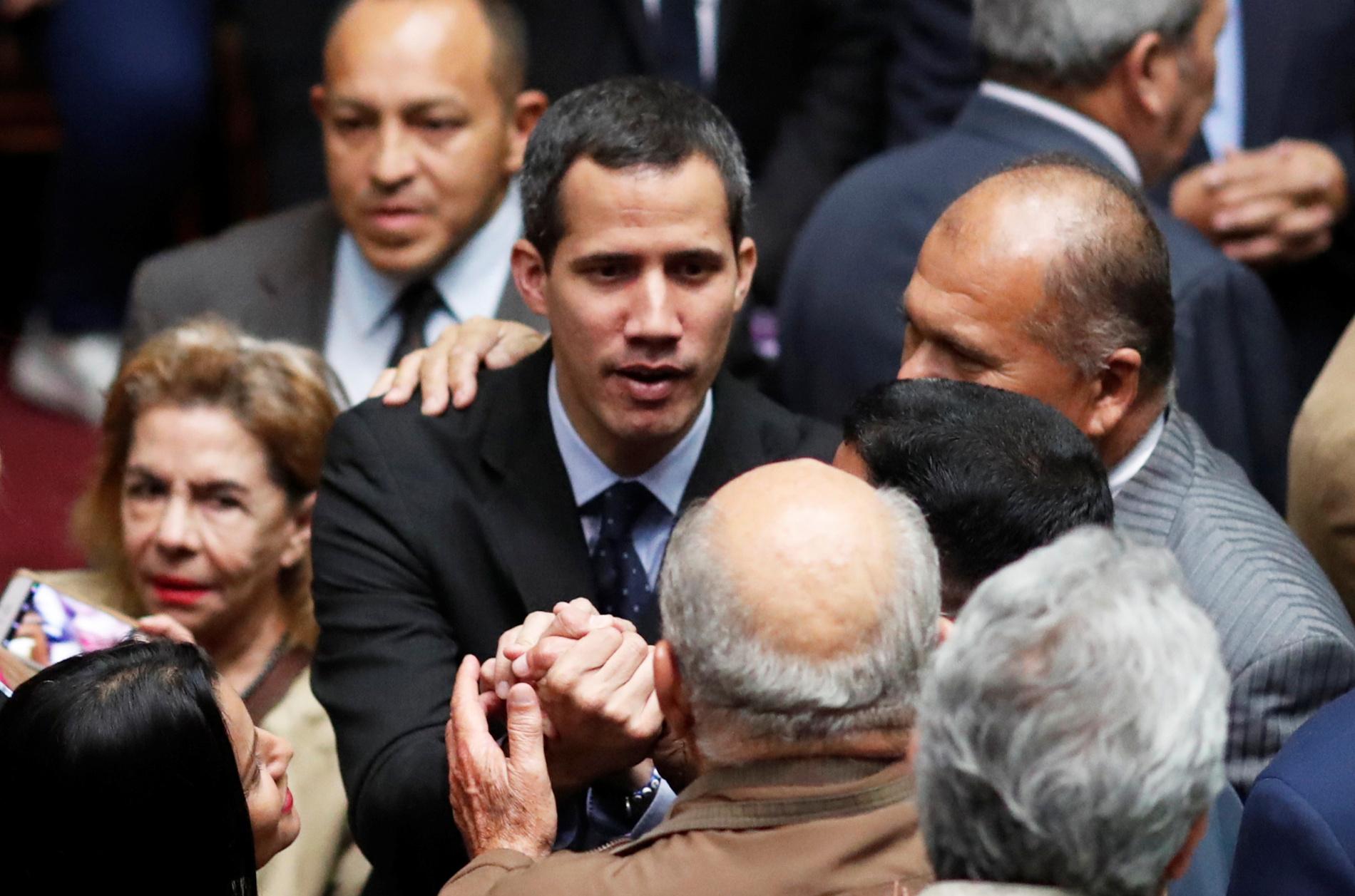 Venezuela’s Supreme Court imposed a travel ban on Guaido and froze his bank accounts in apparent retaliation for oil sanctions imposed by the United States that are expected to severely damage the OPEC member’s already collapsing economy.

Guaido is recognized as president by the United States and most countries in the Western Hemisphere, presenting the biggest challenge to President Nicolas Maduro since he took office six years ago.

The 35-year-old opposition lawmaker, who is president of the National Assembly, has called for clean elections, arguing that Maduro fraudulently won a second term last year. Guaido is offering an amnesty to tempt military officials to join him.

Maduro, who accuses Guaido of staging a U.S.-directed coup against him, counts on the support of the military, and is unlikely to back down unless that changes. Russia and China are also key benefactors, giving him diplomatic backing at the U.N. Security Council.

A former union leader who succeeded his charismatic mentor, the late President Hugo Chavez, Maduro has overseen a shrinking economy and the migration of more than 3 million Venezuelans fleeing food and drug shortages and hyperinflation.

Guaido called for more protests on Wednesday and a mass march on the weekend, in a bid to keep up pressure on Maduro in the streets. Wednesday’s action would not be a major march, but a series of small concentrations, Guaido said.

The U.N. human rights office said the protests had so far led to the deaths of more than 40 people.

He ordered the creation of 50,000 popular defense units, community groups he said would be charged with the “integral defense of the fatherland.” While it was not clear if they would be armed, the strategy reflects the government’s concern the United States could try to defeat Maduro militarily.

The Pentagon has refused to rule out military action, although is it not considered likely by most experts. Trump’s top advisers include Cold War-era hawks.

White House national security adviser John Bolton fueled such speculation this week when reporters saw a notepad he was carrying had the words “5,000 troops to Colombia” written on it. Colombia neighbors Venezuela.

U.S. Vice President Mike Pence met Guaido’s designated envoy to the United States on Tuesday. Pence said they discussed recent sanctions actions, “highlighting that these deprive Maduro and his cronies access to corrupt income and … preserve the country’s wealth for the people of Venezuela.”

The sanctions are also expected to hit daily life hard in Venezuela, where public spending is almost entirely funded by oil revenues. The government is eager to blame Guaido for the measures, which, once they begin to bite, could diminish his popularity.

Venezuelan Attorney General Tarek Saab sought the preliminary investigation of Guaido on the basis that he had helped foreign countries interfere in internal matters.

Supreme Court President Maikel Moreno, announcing the investigation, the travel ban and the financial restrictions, said the decision was taken expressly to “protect the integrity of the country.”

In a tweet, Bolton warned of “serious consequences for those who attempt to subvert democracy and harm Guaido.”

What Was Camilla Parker Bowles' Net Worth Before She Married Prince Charles?