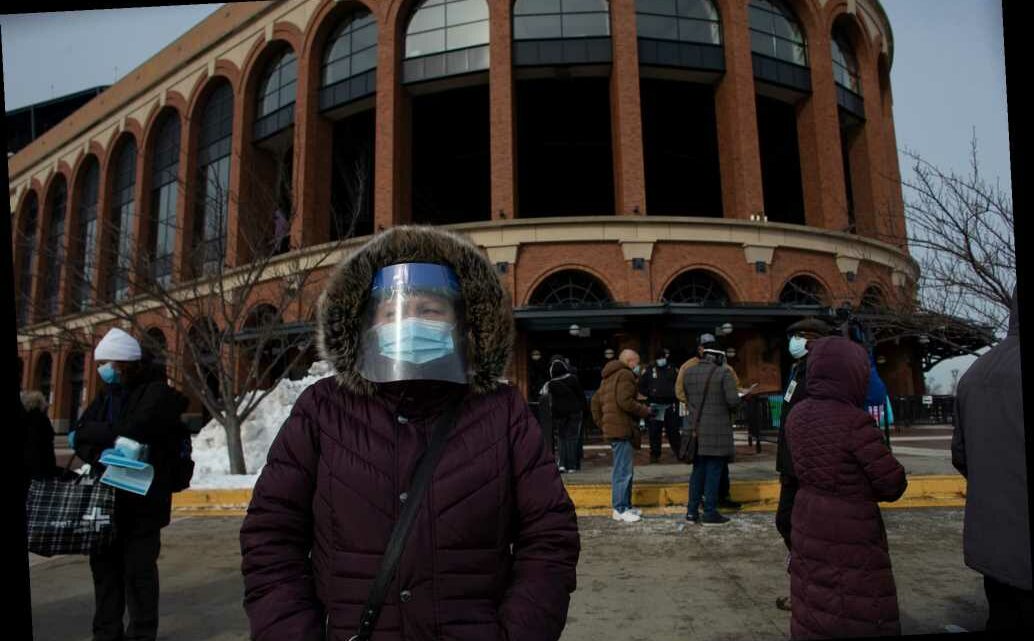 New York City’s poorer neighborhoods are still being left behind in the race to vaccinate against COVID-19, despite promises from Mayor de Blasio and Gov. Cuomo to improve equity, data shows.

Queens’ CitiField ballpark is home to one of the city’s highest-profile vaccination hubs, yet its zip code, 11368, is the third-least vaccinated across the five boroughs, according to an analysis of city data by The Post.

Just 20.2 percent of residents in that zip code — which covers portions of Corona and Flushing — have received at least one dose of a coronavirus vaccine, well below the citywide average of 31 percent.

“It’s mind-boggling, it’s unacceptable, it’s beyond ridiculous that we’re having this conversation,” said Queens Borough President Donovan Richards. “This is a matter of life and death for these communities.”

“Zip code and socioeconomic status should not determine whether or not you have access to the vaccine.”

The vaccination hub at Yankee Stadium — a city-state partnership — appears to be having more success, though is still below average. Roughly 29 percent of the residents in its South Bronx zip code of 10451 have gotten at least one shot.

The Post’s analysis found that the city’s most vaccinated zip code is 11697, which covers the enclave of Breezy Point in Queens, which is home to many cops and firefighters who were among the first groups eligible for vaccination.

According to the data, a whopping 70.3 percent of residents in the largely white neighborhood have received at least one shot.

The rest of the city’s 10 most vaccinated zip codes lie in the wealthy and white Manhattan precincts south of 110th Street, which have dominated the city’s social and political life for decades.

For instance, three-in-five residents who live in 10075 on the Upper East Side have gotten at least one dose so far — and 36 percent are completely vaccinated.

That’s nearly three times the percentage of those vaccinated in New York’s poor and minority neighborhoods, despite city and state efforts to expand distribution, the data revealed.

The Big Apple’s least vaccinated zip code is in Queens — Far Rockaway’s 11691, where just 19.2 percent of residents have received at least one shot.

It narrowly edged out The Bronx’s Hunts Point, where only 19.3 percent of residents have gotten a jab.

Just 20.3 percent of residents in the 11207 and 11233 zip codes that cover East New York and the far eastern sections of Crown Heights and Bedford-Stuyvesant have gotten a shot.

The lackluster numbers remain despite weeks of promises and initiatives from Cuomo and de Blasio that promised to make a dent in the problem.

De Blasio has repeatedly touted mega-sites and pop-up vaccination clinics as ways to more widely distribute the vaccine in poorer neighborhoods where the rates lag.

Officials from both levels of government defended the efforts in response to questions from The Post.

“We are working overtime across the state to ensure vaccines are distributed and administered in an efficient, equitable manner — and the state’s community-specific mass vaccination sites are a critical part of that effort,” said Cuomo spokesman Jack Sterne.

City Hall Press Secretary Bill Neidhardt acknowledged the shortfalls in a statement that again touted the city’s programs: “We’ve launched pop-up sites, canvassing teams and partnerships with houses of worship, but our work isn’t done yet to make sure the neighborhoods hardest hit by COVID are fully vaccinated.”

The results mirror the findings of a previous Post analysis that found wealthy Manhattan neighborhoods were home to a disproportionate number of pharmacies, storefronts and healthcare facilities dispensing vaccinations — making it easier for eligible residents to score shots.

State officials had initially tightly regulated access to the shots, restricting eligibility by age and job title in an attempt to better ration originally scarce supplies. Local officials, including de Blasio, have campaigned for Albany to relax rules — a wish that Cuomo finally granted Monday, when he lowered the age to 30 and announced all adults will become eligible next week.

Sergio Aguero has fastest goal-per-minute ratio in Premier League history… but is he best top-flight striker EVER?