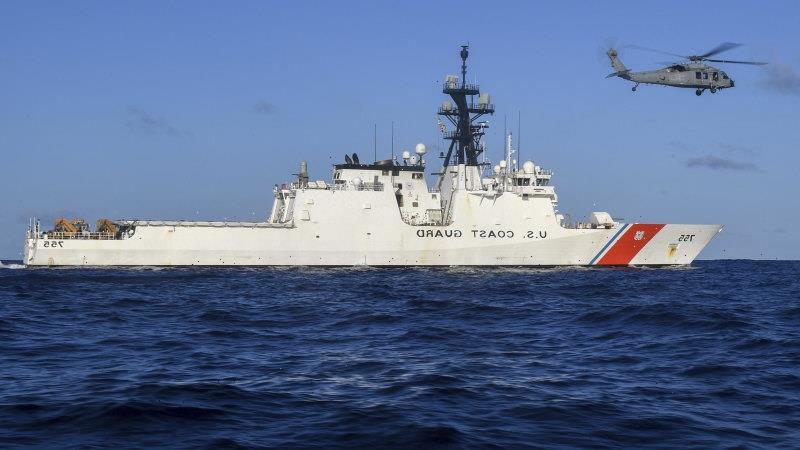 Washington: The US will ramp up its maritime presence in the Indo-Pacific in the face of China’s rise, deploying its national coast guard to boost resources, improve training, and battle the ever-growing challenge of illegal fishing.

In the midst of the war in Ukraine, US President Joe Biden is hosting the first-ever Washington summit of leaders from the Association of Southeast Asian Nations to assert his administration’s commitment to the region. 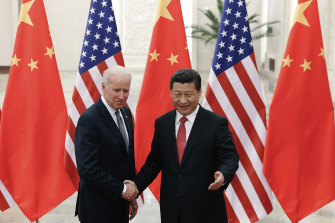 China’s Xi Jinping and the US’s then vice president Joe Biden in 2013.Credit:Getty

“This reflects, I think, recognition on the part of the administration that we need to step up our game in South-East Asia,” said an administration official, speaking anonymously to provide frank details of the president’s plans.

“As part of that, we need to work more closely with ASEAN.”

The summit begins tonight with a White House dinner with eight ASEAN members: Cambodia, Indonesia, Laos, Malaysia, Singapore, Thailand, Vietnam and Brunei. Two other ASEAN nations, Myanmar, which was not invited, and the Philippines, which is in transition after this week’s election, are not attending.

As part of the talks, the US will announce about $US150 million ($218 million) in new initiatives for the region, ranging from clean energy infrastructure and education partnerships, to conservation programs and global health.

About $US60 million will also be committed to counter emerging maritime security threats. China, for example, has a vast fishing fleet in the Pacific which has been known to violate exclusive economic zones and cause environmental damage and losses for some countries.

The US Coast Guard will deploy a ship to the region to conduct training missions and take part in joint maritime security operations.

The transfer of decommissioned Coast Guard ships to Southeast Asian countries will also be prioritised to “promote a free and open Pacific”. Maritime law enforcement agencies will also be bolstered by placing a training team in the region for the first time, with additional dedicated support from US-based trainers. 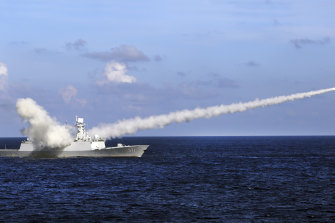 A Chinese frigate fires a test missile during military drills in the South China Sea in 2016.

The US Coast Guard would help countries tackle illegal fishing – which Biden’s Indo-Pacific coordinator Kurt Campbell this week warned was “one of the biggest challenges in the region” – and provide additional assistance to prevent forced labor in the industry.

The war in Ukraine will be a key feature of discussions, along with COVID, climate change and the crisis in Myanmar, where the army ousted the elected government of Aung San Suu Kyi in February 2021.

“We are in discussions about the best way to represent what has transpired in Burma and how to represent that in the meeting,” a senior official said.

“I think one of the discussions has been to have an empty chair to reflect our dissatisfaction with what’s taken place and our hope for a better path forward.”

Washington’s concerns about the threat of Russia and China – two countries Biden often criticises for undercutting democracy – could also be sensitive topics during the summit. ASEAN nations such as Laos and Vietnam, for instance, have a one-party rule, while Cambodia has been under the rule of authoritarian strongman Hun Sen for more than three decades.

Some southeast Asian nations have also been fairly subdued in their response to Russia’s invasion.

Nonetheless, the talks represent the first time in its 45 year-history that ASEAN leaders have been hosted in Washington. It also comes before the President’s trip next week to Japan and South Korea in what will be his first trip to Asia as president. While there, Biden will meet with leaders from the so-called Quad: Australia, India and Japan.

Asked if he had any plans to visit other countries such as Australia or India during his first term, White House press secretary Jen Psaki said on Thursday: “I’m sure he will in the future but we have two foreign trips we’re trying to finalise at this point, so I don’t have any predictions.”

The summit comes as the Biden administration prepares to unveil its new Indo-Pacific economic strategy, which is partly designed to counter the growing threat of Beijing.

It also takes place weeks after a contentious deal was inked between China and the Solomon Islands, which some fear could result in China establishing a military foothold in the Pacific nation less than 2000 kilometres off Australia’s east coast.

Australian Prime Minister Scott Morrison has said that any attempt to establish a military base on the island would constitute a geostrategic “red line”.