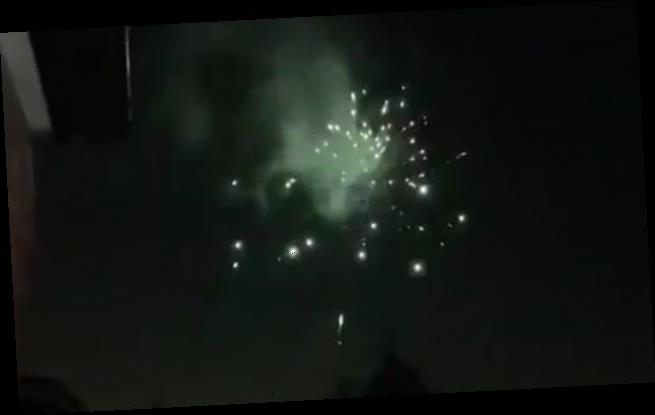 ‘Ever heard of Guy Fawkes?’: America’s ABC News network declares ‘fireworks lit up night sky over London’ to toast Joe Biden’s win… only for Britons to point out there’s ANOTHER celebration in UK on November 5

A US TV network mistakenly thought fireworks over London were Brits celebrating Joe Biden win in the race for the White House.

America’s ABC News channel misinterpreted the rockets and firecrackers over the British captital, thinking they were in celebration of the Democrat candidate pipping Donald Trump to the Presidency.

‘Fireworks lit up the night sky over London, England, after Joe Biden was characterised to be the apparent winner of the presidential election,’ the network wrote on social media in a since deleted Tweet.

Brits were quick to correct the broadcaster on their mistake, and pointed out that the fireworks were part of the annual Bonfire Night celebrations.

The event marks the anniversary of 1605 when Guy Fawkes and his fellow conspirators tried to blow up the Houses of Parliament.

One social media user reacted with glee, saying: ‘Shall we tell them? I wanna tell them!’ while another branded the TV network ‘morons’. 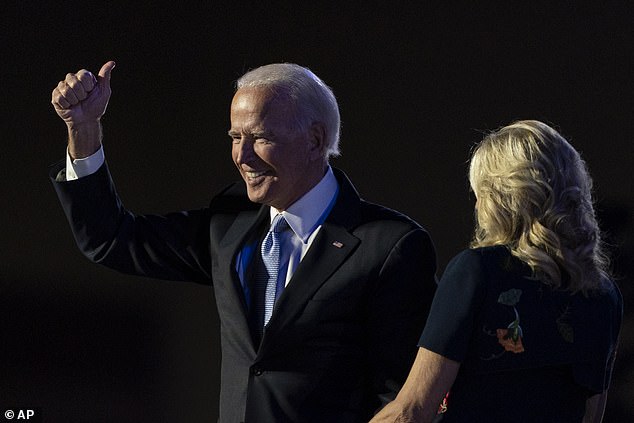 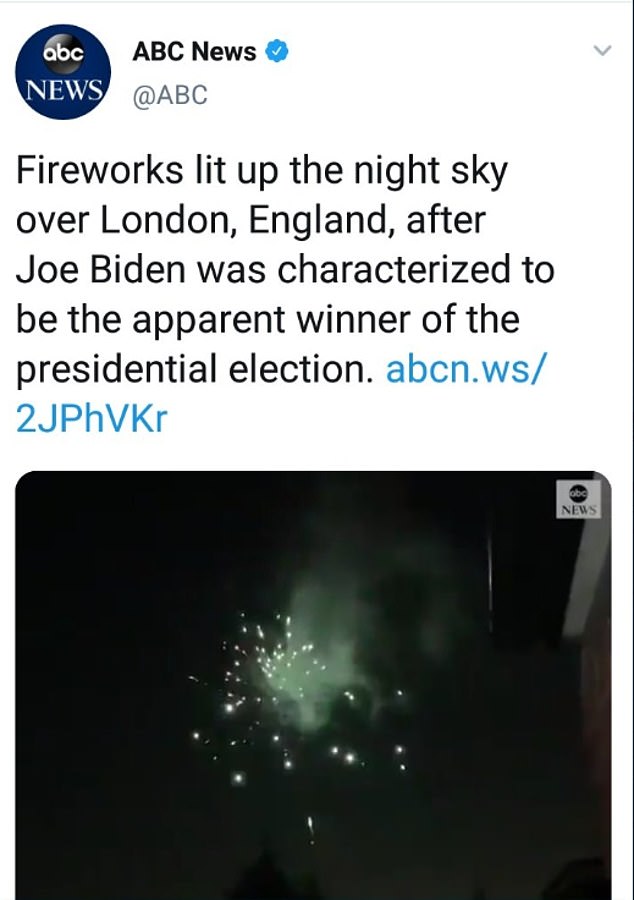 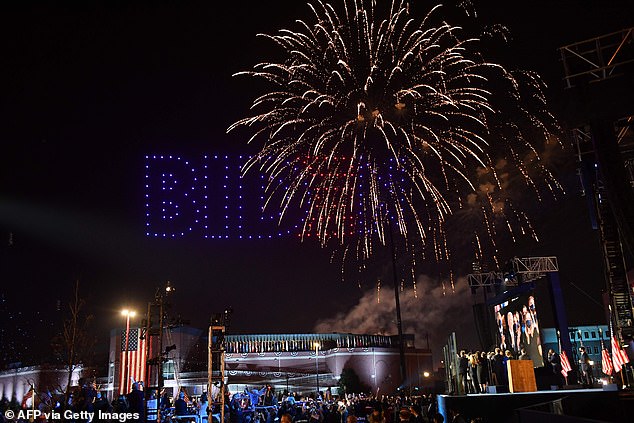 Fireworks were set off in the US over the weekend to mark Biden being announced as President-elect. Pictured: Display in Delaware watched by Biden and Vice- President elect Kamala Harris

‘Fireworks lit by the sky the weekend of bonfire night…  who knew?’ read one tongue-in-cheek response.

Another explained: ‘It’s called Bonfire Night. It’s a UK tradition, dating back to 1605. The skies are generally lit up for a few days before and after November 5th with fireworks.

‘It has nothing to do with Biden winning’.

Fireworks were also set off across the pond in American this weekend when Joe Biden emerged as the new President-elect.

The pyrotechnics were set off in Wilmington, Delaware, on November 7 while Biden and his wife, doctor Jill Biden, and Vice President-elect Kamala Harris and her husband Douglas Emhoff looked on.

The celebrations take their name from the ringleader of the Catholic plot designed to assassinate the Protestant King James I and replace him with a Catholic. 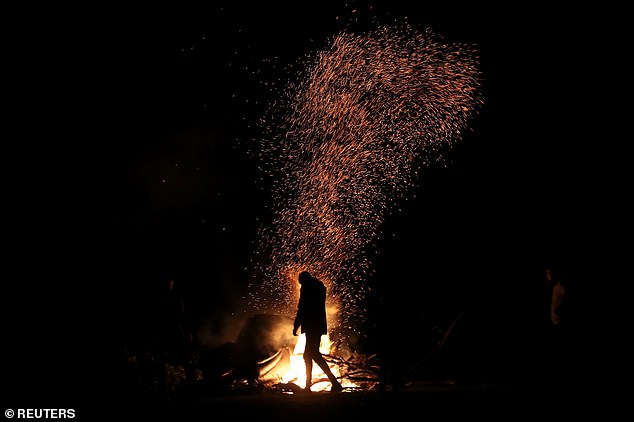 Traditional Bonfire Night celebrations typically involve large gatherings, but celebrations were more muted this year because of coronavirus restrictions. Pictured: A person is seen in silhouette in front of a bonfire, in Ouston, Durham County, in the north of England

Brits responded with typically dry humour over the broadcasters mistake

Celebrated on the closest weekend to November 5, which this year fell midweek, the event is traditionally marked by large public gatherings.

People congregate around large bonfires as effigies known as ‘Guys’ are burnt and fireworks are launched.

But the event was muted this year as celebrations were cancelled as England was in a second national lockdown due to the rising number of coronavirus cases.

Fireworks were still launched by individuals across the capital and across the UK as the industry’s biggest trade body revealed it had seen a boom in sales fuelled by Covid restrictions.

Steve Raper, chairman of the British Fireworks Association (BFA) which represents retailers, said the curbs had driven ‘a massive spike in sales’ as part of a shift to ‘back-garden displays’.

MAIL ON SUNDAY COMMENT: If lockdown goes on, it's curtains for Boris