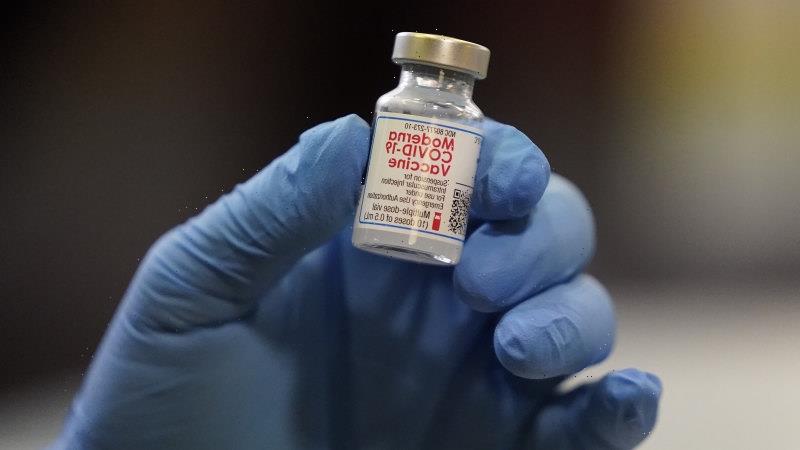 At the urging of federal regulators, two coronavirus vaccine makers are expanding the size of their studies in children ages 5 to 11 — a precautionary measure designed to detect rare side effects including heart inflammation problems that turned up in vaccinated people younger than 30.

Appearing at a televised town-hall-style meeting in Ohio last week, President Joe Biden said that emergency clearance for pediatric vaccines would come “soon.” The White House has declined to be more specific on the timeline, and it was unclear whether expanding the studies will have any effect on when vaccines could be authorised for children. 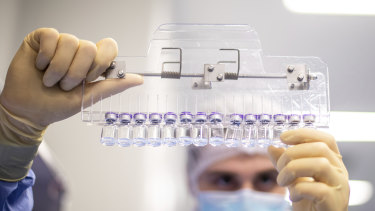 At the FDA’s urging, the Pfizer vaccine will be tested on more children.Credit:Pfizer

Multiple people familiar with the trials said the Food and Drug Administration has indicated to Pfizer-BioNTech and Moderna that the size and scope of their pediatric studies, as initially envisioned, were inadequate to detect the rare side effects, including myocarditis, an inflammation of the heart muscle, and pericarditis, inflammation of the lining around the heart.

Members of a Centres for Disease Control and Prevention advisory committee have said that the benefits of shots for people older than 12 greatly outweigh the risks, including of heart problems.

The FDA has asked the companies to include 3000 children in the 5-to-11-year-old age group, the group for whom results were expected first, according to people familiar with the situation. One of the people, granted anonymity to speak freely, described that as double the original number of study participants envisioned.

A spokesman for Moderna, Ray Jordan, confirmed that the company intends to expand its trial “to enroll a larger safety database which increases the likelihood of detecting rarer events” and expects to seek emergency authorisation in “winter 2021/early 2022.” 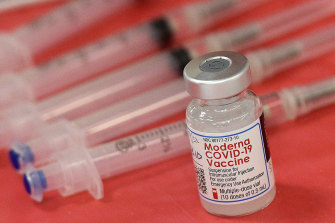 The Moderna trial began recruiting patients in March with the overall aim of enrolling 6795 participants younger than 12. The participants were to be split equally into three age brackets, including a 6-to-11-year-old group, of 2265 participants each. Jordan said the company is “actively discussing” a proposal with the FDA to expand the trial.

Pfizer is on a faster timetable than Moderna, and may be able to meet the FDA’s expectations on a bigger trial size and still file a request to expand emergency authorisation of its vaccine by the end of September. Reviewing all the safety and efficacy data will likely take regulators at least a few weeks.

Pfizer has previously said it expects to have results for the 5-to-11 group in September, with results for children aged 2 to 5 shortly after. Results for the youngest children between the ages of 6 months and 2 years old are expected in October or November. A spokeswoman said Monday that the company had no updates on its timetable.

Questions about vaccinating children — including those younger than 12 — are of huge interest to parents and teachers. Regulators will be required to balance potential side effects of coronavirus vaccination against the risks of COVID-19 itself.

A spokesperson for the FDA, Stephanie Caccomo, declined to offer specifics.

“While we cannot comment on individual interactions with sponsors, we do generally work with sponsors to ensure the number of participants in clinical trials are of adequate size to detect safety signals,” she said in an email message.

In June, the CDC published data showing that the two vaccines may have caused myocarditis and pericarditis in more than 1200 Americans, including about 500 who were younger than 30. The symptoms typically appeared within two weeks and were more common in young men and boys. The rate was low: Fewer than 13 cases per 1 million second doses administered.

Most cases were mild and quickly cleared up, the researchers said. Dr Paul A. Offit, an infectious disease specialist who previously served on the CDC’s Advisory Committee on Immunisation Practices, which makes recommendations on vaccine use in the United States, noted that infection with the coronavirus also carries a risk.

If expanding the trials were to cause a delay in authorising vaccines for pediatric use, he said, that would also put children at risk.

“There’s always a human price to pay for knowledge,” he said. Of the heart ailments, he said, “It’s rare, it’s generally short-lived and self resolving. It’s also a consequence of natural infection.”

COVID-19 itself may cause heart problems in young people. 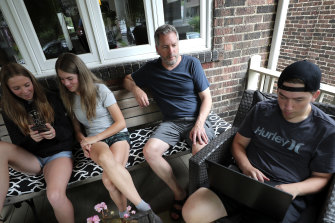 The FDA authorised the Pfizer vaccine on an emergency basis for children ages 12 to 15 in April; so far, the Moderna vaccine has been cleared only for people 18 and older. The agency attached a warning about potential heart problems to the fact sheets of the vaccines in June.

Many public health experts argue that, with so much attention focused on hospitalisations and deaths among older Americans infected with the coronavirus, the risk for children has been overlooked. The American Academy of Pediatrics reported last week that more than 4 million American young children and adolescents have tested positive for the virus and 346 have died since the outset of the pandemic.