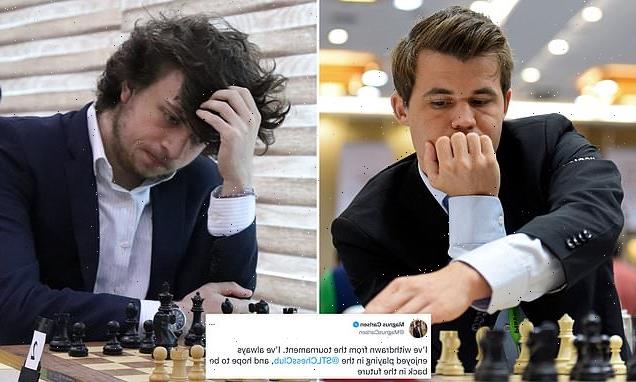 US chess prodigy, 19, accused of cheating after beating top player

‘If they want me to strip fully naked, I will do it!’: US chess prodigy, 19, accused of cheating after beating one of the world’s top players, 31, insists he is innocent and that ‘rivals are trying to ruin his career’

A 19-year-old chess prodigy who bested the world’s top player on Sunday said he would play ‘fully naked’ to prove he didn’t cheat in the tournament which shocked chess fans across the world.

San Francisco-born Hans Niemann, a relative newcomer to the sport, rocked the chess world when he beat grandmaster Magnus Carlsen over the weekend, a 31-year-old Norwegian who is rated the top player in the world by the International Chess Federation (FIDE).

They faced off at the $500,000 Sinquefield Cup in St. Louis, Missouri— but the up-and-coming chess champ only won the tournament because Carlsen withdrew from the upcoming fourth round.

When Carlsen dropped out of the tournament without explanation, he posted a cryptic Tweet saying: ‘I’ve withdrawn from the tournament. I’ve always enjoyed playing in the @STLChessClub, and hope to be back in the future.’

Carlsen had played 53 classical matches without a loss, with his walk-out triggering a confrontation between fans as some of the biggest names in chess weighed in on the controversy. 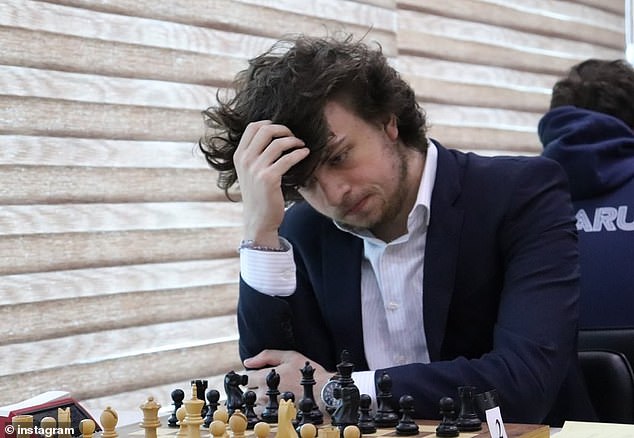 Hans Niemann, a 19-year-old child prodigy who beat world chess champ Magnus Carlsen on Sunday, admitted previously cheating in online games when he was 12 and 16 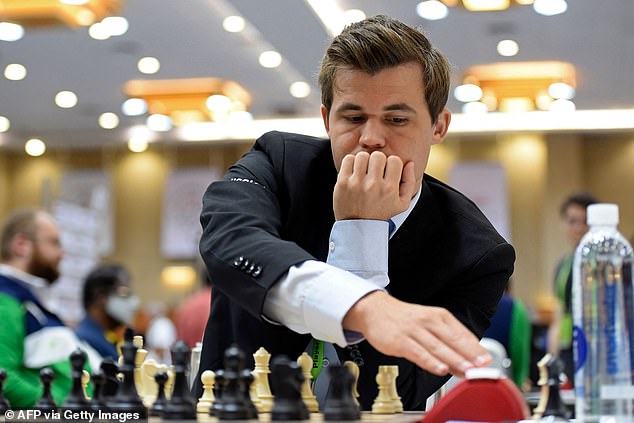 Magnus Carlsen, 31, walked out of the $500,000 Sinquefield Cup after he was beaten in the third round, prompting online speculation that he suspected foul play

California-born Hans Niemann, now 19, was an eight-year-old in the Netherlands when a teacher told him he wasn’t a good enough chess player to join the school’s team — and he became determined to prove him wrong.

He quickly became a whiz at the game, and is one of fewer than 2,000 people in the whole world to ever earn the top title of Grandmaster.

Niemann was born in San Francisco but as a child moved to the Netherlands — which is where his love of chess was born.

‘I started playing chess when I was eight years old, and I was going to this school that had an after school program,’ he told Good Morning America. 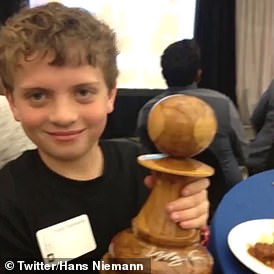 ‘The teacher told me that I wasn’t good enough to play for the team, so I was very motivated to prove him wrong, and basically, it was my mission as an eight year old to be better than him,’ he said.

Much like chess prodigy Beth Harmon in The Queen’s Gambit, Niemann began spending most of his time studying and practicing the game.

Niemann became better and better, competing in tournaments and rising through the ranks.

At age 10, he moved back to the US, and at age 11, he was the youngest-ever winner of the Mechanics’ Institute Chess Club Tuesday Night Marathon, the oldest chess club in the United States.

By the time he attended high school at Columbia Grammar & Preparatory School in New York City, he says he was prioritizing chess over his classes.

All of his hard work culminated in the moment when, in December of 2020, he became a Grandmaster, which was confirmed by the International Chess Federation in January.

Carlsen had won the cup twice before in the last decade, but had never withdrawn from an ongoing event.

Along with the Tweet, he posted a video of football manager Jose Mourinho saying: ‘If I speak I am in big trouble’.

‘It must be embarrassing for the world champion to lose to an idiot like me,’ Niemann said in an interview shortly afterward, according to Vice. ‘I feel bad for him.’

Fans barely had time to react to the news before another chess titan, former prodigy Hikaru Nakamura, came out and accused Niemann of receiving computer assistance — the kind of help which is banned from international chess tournaments.

Cheating in chess is rare, but can be achieved by hiding computers in shoes or jackets that signal outcomes predicting the game and giving the player an advantage over their adversary.

‘Magnus would never do this in a million years,’ said Nakamura. ‘He just doesn’t do that. He’s the ultimate competitor, he’s a world champion.

‘He wouldn’t do this unless he really strongly believes Hans is cheating with a very strong conviction. I think he just thinks Hans is just cheating, straight out.’

After he was accused, it came to light that Niemann had been caught cheating by the world’s most popular chess website, Chess.com.

Following the revelations, Niemann admitted cheating in the past when he was 12 and 16 — but insisted he has now ‘come clean’.

‘If they want me to strip fully naked, I will do it,’ said Niemann in an interview late on Tuesday.

‘I don’t care. Because I know I am clean. You want me to play in a closed box with zero electronic transmission, I don’t care. I’m here to win and that is my goal regardless.’

Niemann has accused Nakamura and others of trying to ruin his career.

Since the tournament, he has reached out to media outlets and defended himself on Twitter, hoping to clear his name.

‘It’s not a miracle, it’s actually me being extremely tedious and going through every single possible transposition or line that he could play in the Catalan [a move in chess],’ explained Hans post-match in an interview with Chess24, when questioned on his technique.

But the dust still hasn’t settled, with some fans claiming his victory defied reason, while others defended his ability and said his skills speak for themselves.

‘If you look at the pattern of my games, I’m clearly missing many, many chances and it’s extremely human chess.’

He said his cheating happened when he was still a child, before he became professional.

‘I’m admitting this, and I’m saying my truth, because I do not want any misrepresentation,’ he went on. ‘I am proud of myself that I learned from that mistake, and now I have given everything to chess. I have sacrificed everything for chess, and I do everything I can to improve.’

A player such as Carlsen walking out after he was beaten in the third round is an event unprecedented in the history of chess tournaments. 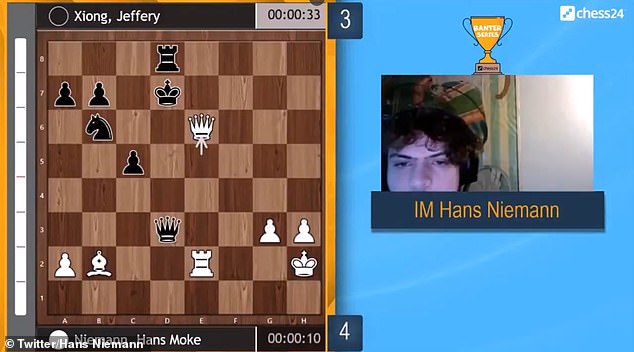 Chess.com has declined to invite Niemann from Chesscom Global Championship, a $1million event starting with online qualifiers and culminating in an 8-player final in Toronto, after the controversy.

‘I’ve met with someone very high up in Chesscom at the Sinquefield Cup, had amazing words, but because of this game against Magnus, because of what he said, they have decided to completely remove me from the website,’ he said.

Katie Homes and Kendall Jenner Have Been Wearing This Leather Loafer