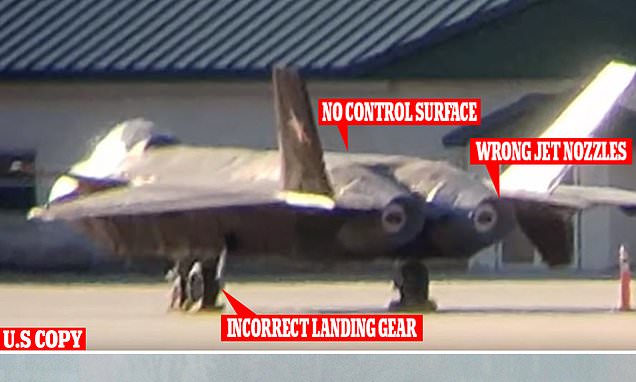 US Marines Corps reveals it owns a full scale replica of cutting edge Chinese stealth fighter after photo of it at Georgia airbase emerges and sparks rumors of a pilot defection – or is it just a ‘Top Gun 2’ prop?

The US Marine Corps has confirmed that a mysterious jet spotted at one of its airbases is a replica of a cutting edge Chinese stealth fighter.

The aircraft, that is virtually identical to the Chengdu J-20 Mighty Dragon, was pictured at Savannah-Hilton Head Airport, Georgia, last Wednesday.

The photograph was shared online sparking speculation that a Chinese pilot had defected with the jet or that it was a prop for the latest Top Gun movie.

Now, however, the United States Marine Corps has told the Aviationist that it is a full scale mock used for training. 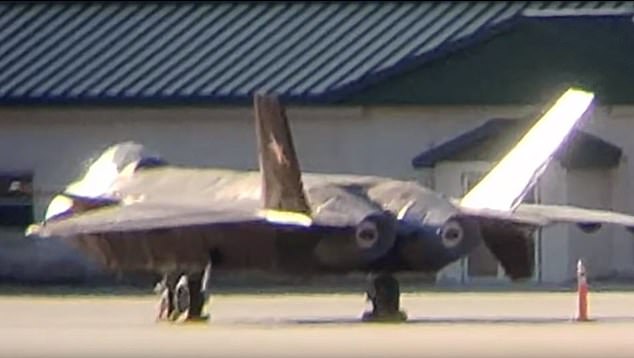 ‘The USMC is funding and directing the training objectives of this device.’

Dozens of people on Twitter replied to the Aviationist’s tweet of the plane and suggested reasons for it being at the airport.

WHAT IS CHINA’S J-20 STEALTH FIGHTER?

China’s new war plane made its first flyby in November 2016.

The fighter jet is swift, stealthy, and armed with long-range missiles.

Its design is similar to US fighter jets, stoking concerns that the Chinese military used ‘stolen’ plans obtained by hackers to develop the stealth plane and further drive its military ambitions.

Experts have said that the plane represents a leap forward in China’s ability to project power in Asia, and will compete with US military technology.

China is set to overtake the US as the world’s top aviation market in the next decade.

China currently has around 20 J-20 jets but they have older Russian Salyut AL-31FN or WS-10B engines.

Some suggested it could be linked to a Viktor Belenko or Kenneth Rowe style defection.

Viktor Belenko, a former Soviet pilot, defected in 1976 while flying his MiG-25 ‘Foxbat’ jet fighter and landed in Hakodate, Japan.

Kenneth H. Rowe, a Korean American engineer and aviator, defected to south Korea in 1953 in a MiG aircraft and was given political asylum by the US.

One person asked if the jet spotted in Georgia could be ‘another adversary for Top Gun 2?’ and another agreed suggesting it could be ‘Maverick’s new ride.’

However most of the filming for Tom Cruise’s sequel so far has been filmed in Nevada and California.

In September Cruise was spotted in a fighter jet with an F-18 pilot, acting as his body double, from an airbase in northern California.

The two were snapped at an airbase after making an unscheduled landing when the jet saw a ‘flap caution’ mid-air, reports the Express.

It’s a 1000cc four-cylinder supercharged superbike with 200bhp and a top speed of 209mph, making it one of the fastest road legal bikes on the planet. 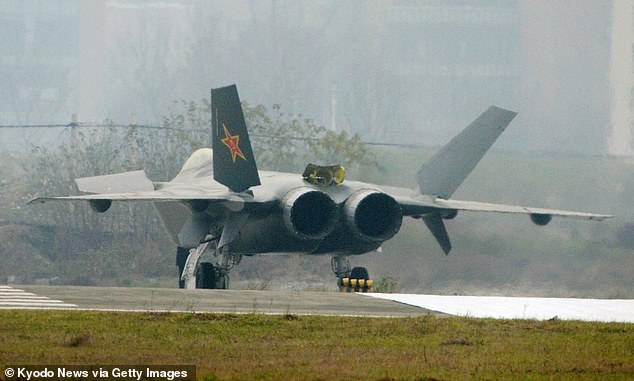 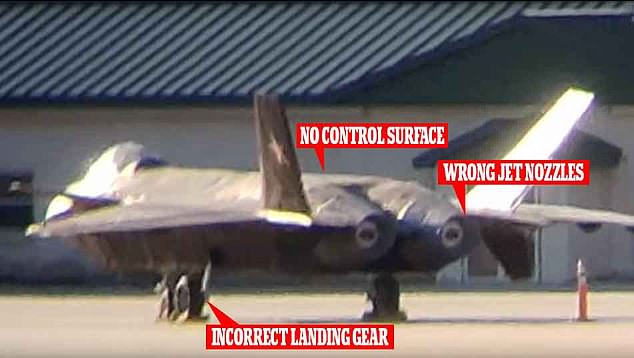 Others questioned whether the stealth jet was a fake from the beginning and tweeted ‘looks like a mock up, not the real thing.’

The Aviationist said they were sent the photograph on Wednesday December 5 and were told it was taken from a public parking area.

They checked satellite images and matched the design of the airport to the colour of the roof shown in the background of the picture. 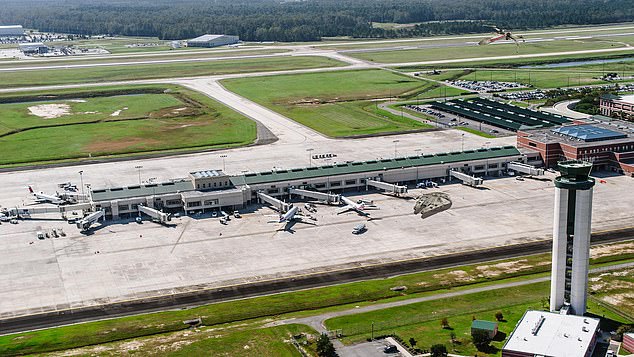 However while trying to get to the bottom of the unusual spot, Chinese Defense expert Andreas Rupprecht, noticed ‘that the exhaust nozzles looked inaccurate and the landing gear was different from a real Chengdu J-20 Mighty Dragon.’

The J-20, which is also called the Mighty Dragon, was first shown to the public in 2016 at the Zhuhai Air Show.

At the time there were claims that it had been built in part from plans of U.S. warplanes, particularly the F-22 Raptor, obtained by Chinese hackers jailed in the same year.

Beijing firmly denied the theory as it insists that J-20 had been developed and built solely with the Chinese technology.

In November two J-20 fighter jets opened their cargo bay doors and revealed four missiles in its fuselage and one on either side of the aircraft during the grand finale of the Zhuhai Air Show.

Top Chinese officials, according to the Global Times, said the demonstration displayed the J-20’s superiority to the top US fighter jets, the F-22 and F-35

According to footage released by China Central Television Station, the J-20 is equipped with four PL-15 mid-range air-to-air missiles and one PL-10 short-range ‘combat’ missile on either side. 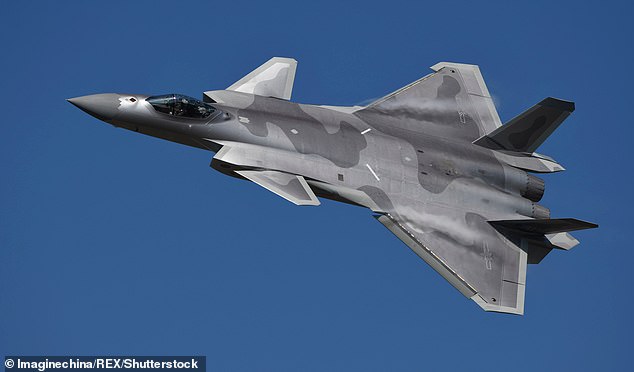 When the aircraft was shown to the public at an air show in China, there were claims to suggest that it had been built in part from plans of US war planes (file photo)