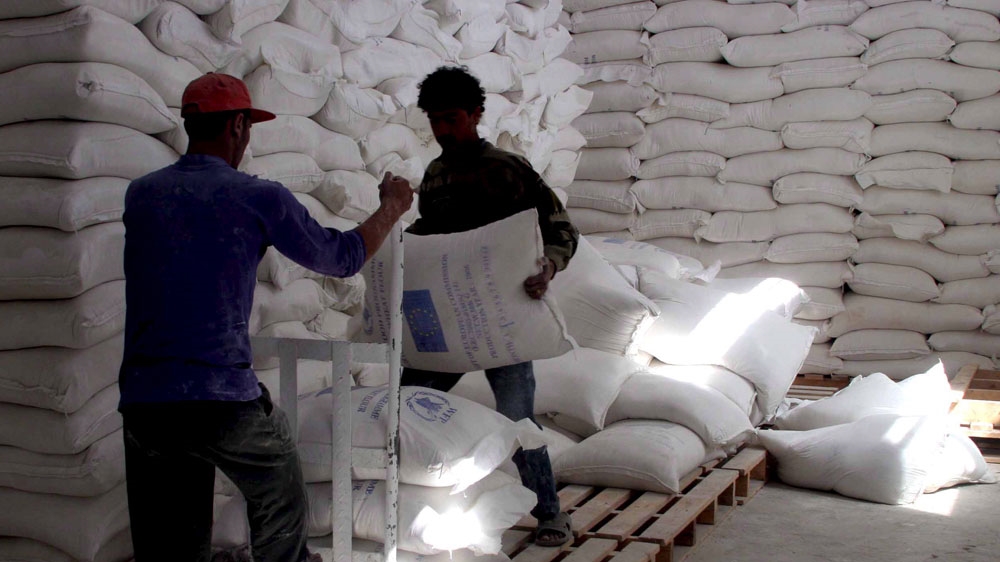 UN's food programme to cut back aid to thousands of Palestinians

Move follows the slashing of US funding to humanitarian agencies working in Gaza Strip and West Bank. 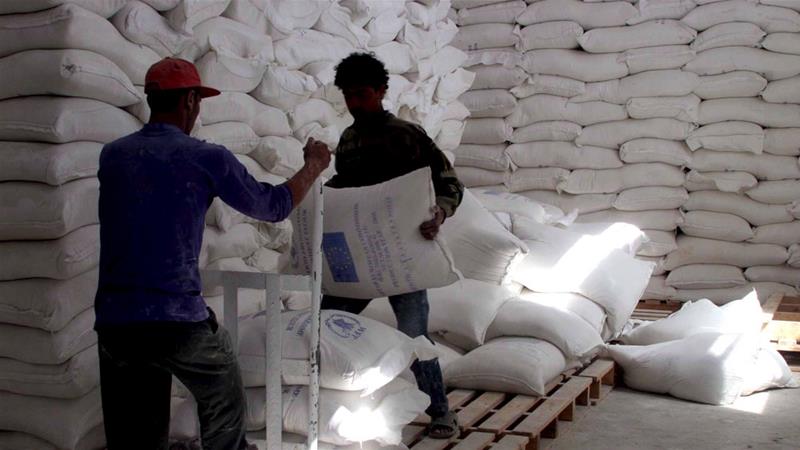 The United Nations’ World Food Programme (WFP) says it will cut its aid next year to over 190,000 Palestinians in the Gaza Strip and occupied West Bank.

In a statement on Wednesday, the UN agency said it needs another $57m to continue providing for 360,000 impoverished Palestinians in 2019.

The budget shortages will hit some 27,000 Palestinians in the West Bank who will lose food assistance, while another 166,000 people in the occupied territory and Gaza will see a 20 percent decline in food aid.

Raphael du Boispean, a WFP spokesperson, attributed the crisis to the “recurrent problem” of declining donations.

The Palestinians have faced major budget cuts this year after the United States slashed funding for the UN’s Palestinian refugee programme, UNRWA, and for USAID programmes in the Palestinian territories.

“WFP is concerned that these cuts may have a devastating effect on the food security, livelihoods and welfare of the people it serves in Palestine,” the statement said.

Stephen Kearney, WFP’s country director in Palestine, told Reuters news agency that the body was forced to make the cutbacks “mainly because the amount of funding that we are receiving is dropping drastically”.

“It’s not just WFP, it’s across the whole humanitarian community as donor contributions significantly fall,” Kearney said, blaming the shortfall on cuts by the US, WFP’s biggest contributor, and other countries in aid to Palestinians.

On Monday, the UN and the Palestinian Authority had appealed for $350 million in aid for Palestinians next year, saying much more was needed but they had to be realistic after a year of funding cuts.

The situation is particularly alarming in Gaza where the World Bank warned in a report in September that the economy was collapsing.

The report described the besieged territory’s economy as being in a “free fall” with unemployment estimated at more than 50 percent.

Palestinians and humanitarian workers fear the cuts will cause a downward spiral as people buy less from businesses and they in turn purchase less from suppliers.

WFP assistance goes to the poorest and most food-insecure communities, who are classified as facing deep poverty. Most families in these communities struggle to live on less than $1 a day and are unable to meet their basic food, clothing and housing needs.

Most of the help provided by WFP is through electronic cards, which people use to buy food at a network of 185 shops.

In the Gaza town of Deir al-Balah, shopkeeper Mohammad al-Dirawi said he had gained about 400 new customers since he joined the programme and employed three new workers.

“We depend 90 percent on the work with the WFP,” he said. “God forbid, if it stops, we may not be able to continue in the supermarket.”

Aref Abdel-Jawwad, owner of a dairy in Deir Al-Balah, said he sells 50 to 70 percent of his products to WFP-approved shops. He fears he will have to cut the hours of his employees, each earning around $300 a month.

Mustafa Kassiha, a dairy farmer in Rafah, said Abdel-Jawwad’s dairy buys all his milk. “This is our only income. There is no alternative to it,” he said.