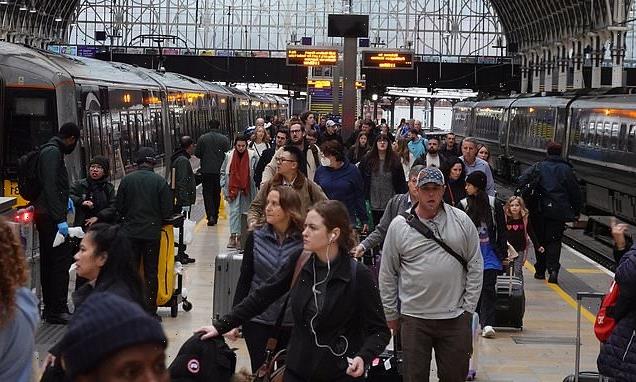 Strikes have been blamed for ruining Christmas and New Year, costing the hospitality industry up to £2billion in lost trade.

Industry leaders say that although there is no industrial action tonight as revellers celebrate New Year’s Eve, there will be a knock-on effect from recent transport walkouts.

The warning comes ahead of another week of severe travel disruption with train services slashed as rail workers strike across the country and highways staff begin a two-day walkout on Monday. 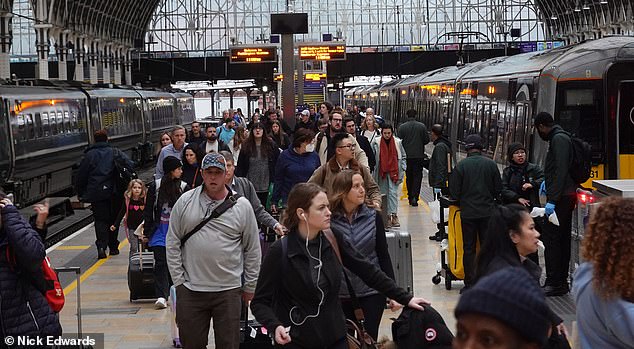 ‘The industry has lost an estimated £2billion in trade, many losing up to 50 per cent of trade during the critical festive operating period which they were relying heavily on to see them through early 2023.’

He said firms were already struggling with huge increases in operating costs, with the rail strikes creating a ‘perfect storm’ for the industry.

‘We will without doubt now see a huge swathe of businesses and jobs lost in January due to the Government’s inaction – many are saying that this is a worse crisis than the pandemic,’ he added.

Trade body UKHospitality fears bookings for New Year’s Eve are lower than expected and is encouraging people to go out.

Chief executive Kate Nicholls said: ‘Despite recent trading disruptions and challenges like the rail strikes and rising cost of living, many venues across the country have put in a large amount of time, effort and resource to planning new year festivities to accommodate guest bookings during one of the busiest times of the year.’

She said the strikes are having a devastating impact on people’s confidence when it comes to booking events in advance, with many frightened to make plans in case of cancellations. 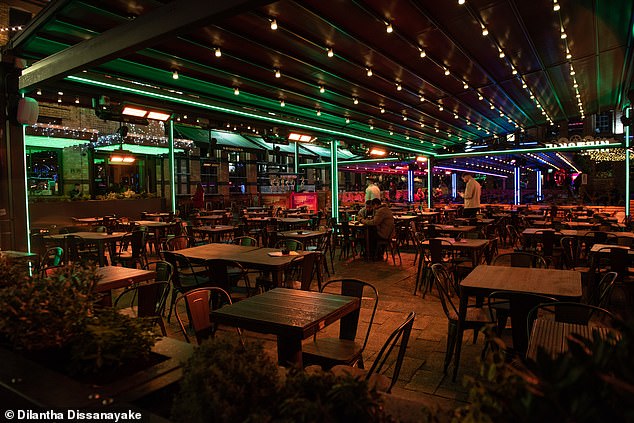 Lohan Presencer, executive chairman of the Ministry of Sound nightclub, said the strikes have led to an increase in no-shows

‘You effectively have a four-week shutdown in many city centres with four weeks of people working from home,’ she added. ‘It will have a long-term impact on confidence and getting people back into offices.’

Lohan Presencer, executive chairman of the Ministry of Sound nightclub, said the strikes have led to an increase in no-shows which hits crucial drink sales.

He said revellers will ‘find a way’ to make it out to celebrate New Year’s Eve, but that the ongoing strikes have ‘taken their toll’.

Meanwhile, the Government is confident a strike over the festive period by Border Force staff, with military personnel forced to step in to man passport control desks, has not affected air passengers.

Ministers also believe that striking unions are running out of money as they are forced to provide strike pay and hardship funds to those staging walkouts, and will eventually have to back down over their demands.

Home Office minister Robert Jenrick wrote online yesterday: ‘Thank you once again to all Armed Forces personnel who, alongside Border Force have kept our borders safe and efficient this Christmas.

‘The regrettable industrial action by unions has not materially disrupted travel or compromised our national security.’

One minister told The Times that the unions ‘can’t sustain this in the long term’.

Aquarius weekly horoscope: What your star sign has in store for December 25 – 31 | The Sun