A United Nations body is calling for the immediate and unconditional release of Australian man Robert Pether from an Iraqi jail cell, finding his detention contravenes international law.

A report from the UN’s Working Group on Arbitrary Detention this month found the imprisonment of Mr Pether and his colleague Khalid Radwan to be arbitrary and in contravention of international law. 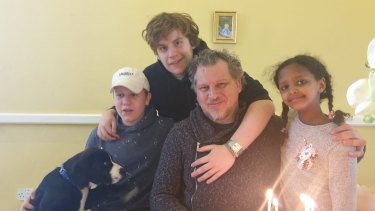 Robert Pether, who has been detained in Iraq since April, pictured with his three children.

The report found the men were “lured” into returning to Iraq on the pretext of assisting in an investigation and “arbitrarily detained, without any legal basis” ever since.

Mr Pether, an Australian engineer and father of three, was arrested in Iraq alongside an Egyptian colleague in April. They were both later jailed following a dispute between their employer and the Central Bank of Iraq.

The working group said it was of the opinion the men were then forcibly “disappeared” during the first few days of their detention and their capacity to defend themselves was “undermined and compromised” during subsequent court proceedings.

It also found allegations the men were subject to “abusive and coercive interrogations” were credible and that evidence used in their trial had been “improperly obtained”. 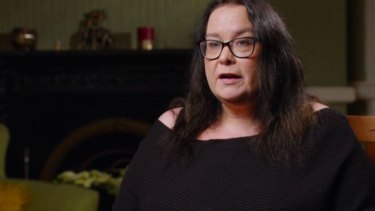 The matter has since been referred to the UN special rapporteur on torture, the report said.

Mr Pether’s wife, Desree, who is now based in Ireland with the couple’s three children, called on the Iraqi government to immediately release her husband.

“The UN Working Group has called for the immediate unconditional release of my husband. This is a total vindication of Robert and Khaled’s position. We just want Iraq to now do the right thing,” Mrs Pether said.

The report said concerns had been raised that Mr Pether had lost 15 kilograms and become severely dehydrated in detention. He was reportedly “blindfolded, interrogated, screamed at, threatened, insulted and shown torture rooms”. 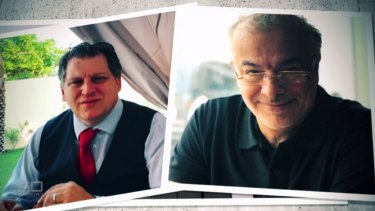 “There are indications that he was exposed to extreme cold, threats of death, humiliation and various forms of psychological abuse,” the report said.

Mr Pether and two other men were arrested at the Central Bank of Iraq in Baghdad on April 7 last year amid a contractual dispute between the bank and his Dubai-based employer CME Consulting, who were responsible for building the bank’s new high-profile headquarters.

The father-of-three had spent four years working on the project when he travelled to Iraq at the request of the bank’s governor in the hope of resolving the dispute, believed to be over payments and the possibility of the firm ceasing work on the project, when he and his colleague were arrested.

At the time, Mr Pether was CME Consulting’s lead engineer and Mr Radwan his deputy.

The pair were convicted of fraudulently receiving funds in late August and sentenced to five years’ prison. They were also fined $US12 million ($16 million).

“The UN have found, in no uncertain terms, that Robert and Khaled’s arrest was unlawful and arbitrary. The breadth of the decision is very significant, finding multiple breaches of the Universal Declaration of Human Rights and the International Covenant on Civil and Political Rights,” Mr Griffin said.

“We have already reached out to the Iraqis and are awaiting their response,” he said.

Melbourne academic Kylie Moore-Gilbert, who spent more than 800 days in an Iranian prison, called on the Australian government to make securing his release a top priority.

She said her heart went out to Mr Pether, who she said would be passing his days in an overcrowded and squalid Iraqi prison without the ability to communicate with staff and other inmates who speak only Arabic.

“Mr Pether was lured to Iraq as a representative of his Dubai-based company, then thrown in prison over a dispute between the Iraqi central bank and his employer. This dispute has nothing to do with him personally, yet he personally is paying the ultimate price,” Ms Gilbert-Moore said.

“I am concerned that the conditions under which Mr Pether is being held could amount to torture, and worry that if this case draws on much longer it could cause him serious irrevocable damage.

“The Australian government should be outraged at Iraq’s treatment of its citizen.”