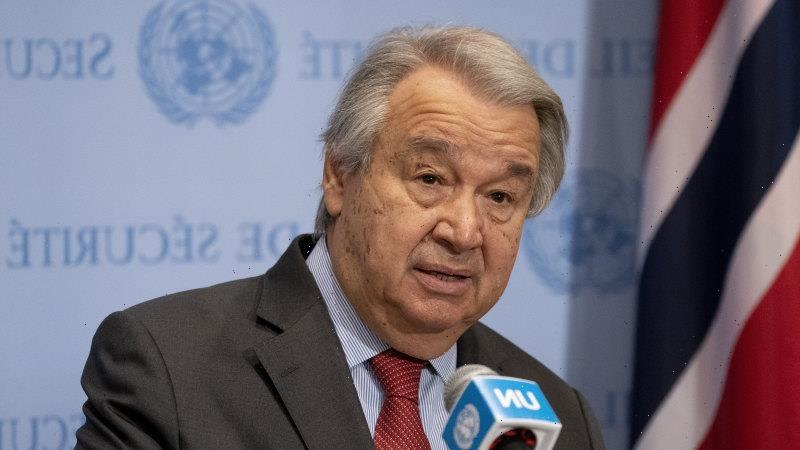 After the United Nations adopted a resolution this week condemning Russia’s invasion of Ukraine, with the support of 141 countries out of 193 and a standing ovation in the chamber, the Secretary-General of the international body, Antonio Guterres, boldly proclaimed: “The message of the General Assembly is loud and clear. End hostilities in Ukraine, now. Silence the guns, now. The ticking clock is a time bomb.”

As a symbolic gesture, it was an impressive display of collective outrage over Russian President Vladimir Putin’s brutal assault on a sovereign nation. As an effective means of pressuring Russia to bring a halt to its invasion, it is almost certainly of no consequence whatsoever. 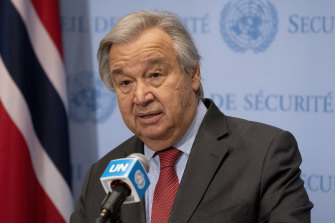 UN Secretary-General Antonio Guterres has struggled to take a leadership role in the Ukraine crisis.Credit:AP

When the United Nations was established in 1945 after two calamitous world wars, its most pressing mission was to prevent a third. While it can tick that box and has, at times, played a constructive part in mediating conflicts (UN peacekeepers are operating in 12 countries), it has struggled to play an effective role in many wars, including those now taking place in Syria, Yemen and Libya.

Much of its ineffectiveness can be traced back to its origins. The power to establish peacekeeping operations, impose international sanctions and authorise military action lies with the 15-member Security Council. That body includes five permanent members that were victorious in World War II – Britain, China, France, Russia and America. To prevent the tyranny of the majority, each was given veto power over any matter that comes before the council.

And with that comes gridlock. That was never more obvious than during the Russian build-up and eventual invasion of Ukraine. Each month a member of the Security Council takes on the role of president, which is authorised to co-ordinate the council’s actions, decide the outcome of policy disputes and occasionally play a diplomatic role in a conflict. Last month, it was Russia’s turn to fill that role.

The symbolism could not have been worse. Here was the president of the Security Council, Russian ambassador Vassily Nebenzia, overseeing the most powerful body at the United Nations as his nation was blatantly violating most of the principles laid out in the UN’s charter. It made a mockery of such ideals as: “All Members shall refrain in their international relations from the threat or use of force against the territorial integrity or political independence of any state.”

A structure that was supposed to facilitate global unity and decisiveness has instead left the UN impotent, incapable of doing anything more during this crisis than offer a platform for speeches and declarations. It has stood by as the European Union, NATO and nations such as Australia and Japan have led the way in enforcing sanctions on Russia and offering Ukraine assistance. Even the business community, sporting bodies and cultural institutions have shown a greater capacity to voice their dismay at the Ukraine invasion not just in words, but in actions.

Two years ago, the United Nations celebrated its 75th anniversary. It was a muted affair. With the pandemic raging across the globe, the UN was struggling to orchestrate a global response to the virus. At no stage since has it managed to live up to its ambition as a global leader.

Its inability to take concrete and effective action, while Russia the aggressor holds one of its most powerful posts, will be another black mark against the UN’s reputation. The war in Ukraine is a moment in history that will have long-lasting consequences. The unprecedented global campaign to pressure Mr Putin to withdraw is a reflection of that reality. The UN’s bit part reveals again how far short it has fallen of its own lofty goals.

Gay Alcorn sends an exclusive newsletter to subscribers each week. Sign up to receive her Note from the Editor.

How many nuclear power plants are in Ukraine?
World News