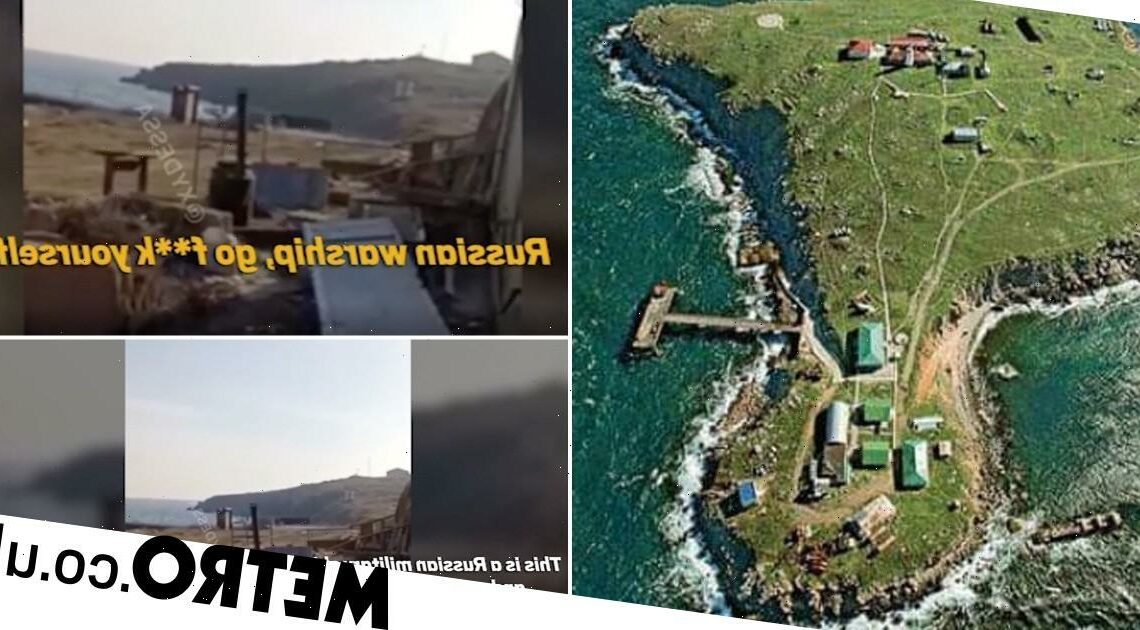 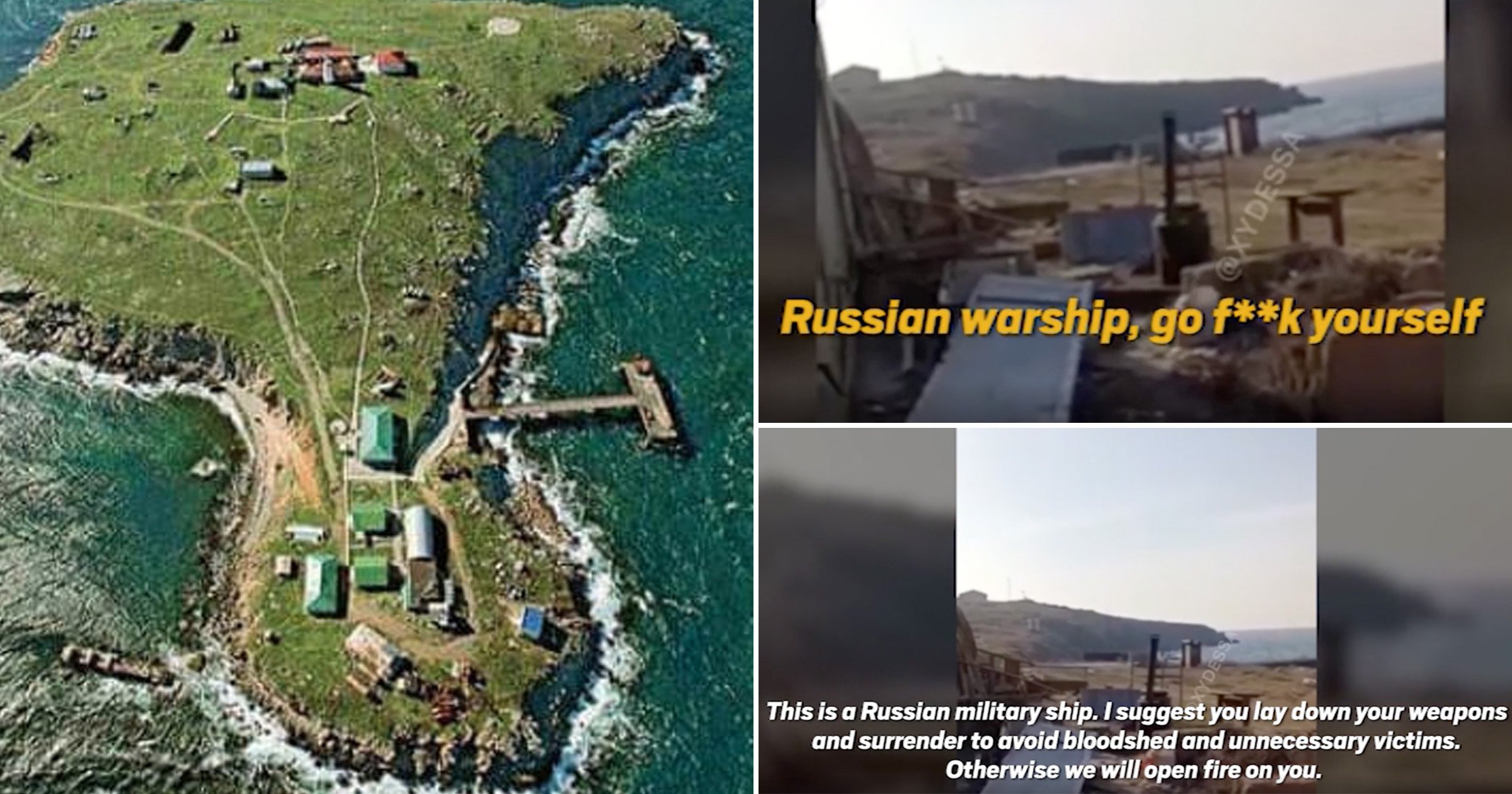 A tiny battalion of Ukrainian border guards filmed themselves telling a Russian navy ship to ‘go f*** yourself’ before they were killed.

The 13 guards were stationed on Zmiinyi Island, which translated to Snake Island, a minuscule Black Sea islet around 90 miles south of Ukraine’s coast.

In audio released by the Ukrainian government, the Russian captain could be demanding their surrender over a tannoy.

He said: ‘This is a Russian warship. I propose you lay down your weapons and surrender to avoid bloodshed and unnecessary victims.

‘Otherwise you will be bombed.’

A male Ukrainian trooper is heard saying ‘So, this is it … Should I tell them to fuck themselves?’

The male guard is then heard using a loudspeaker to tell the invaders: ‘Warship, go f*** yourself.’

The exchange was also filmed by one of the young men stationed on the island, who says to the camera: ‘This is how we live on Snake Island.’

Moments later, he and all his comrades were dead, according to Kyiv officials, who said the island was flattened by bombing from the ship and accompanying jets.

The footage and audio is believed to have been fed back to the mainland via the internet and has not been verified independently of the Ukrainian government.

Officials from Russia’s defence ministry denied killing anyone was killed and said there were 82 soldiers on the island who surrendered willingly with no strikes fired.

13 soldiers died in the attack. pic.twitter.com/FDe92rYYVR

But unverified footage said to have been live-streamed by one of the soldiers appeared to show the moment the bombing started.

Ukraine’s President Zelensky said the guards died ‘heroically’, adding: ‘They did not give up. All of them will be posthumously awarded the title of Hero of Ukraine.

‘Eternal memory to those who gave their lives for Ukraine.’