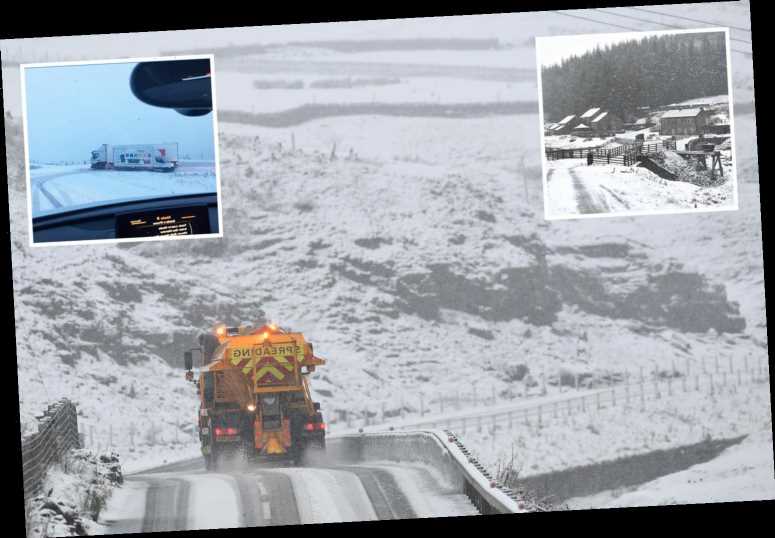 HEAVY snow last night covered parts of northern england while a severe ice warning has been put in place by the Met Office.

With the temperature dropping, and snow already falling in parts of the country, it looks like a White Christmas could be in store for Brits. 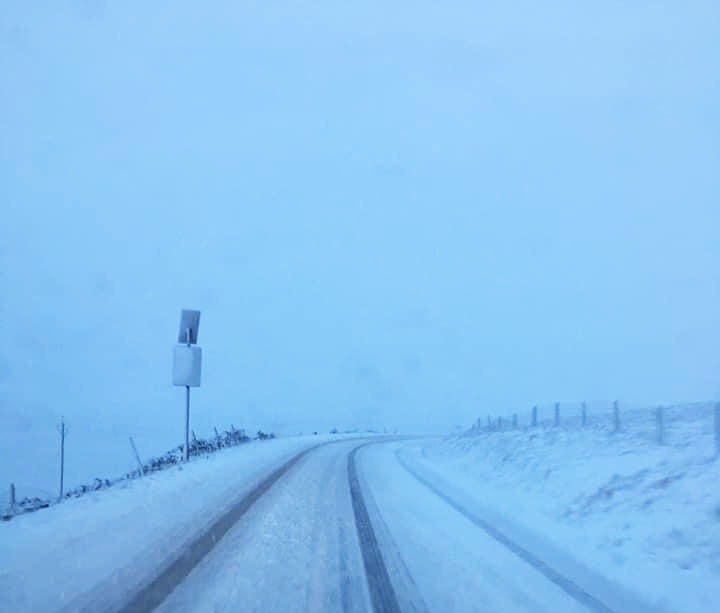 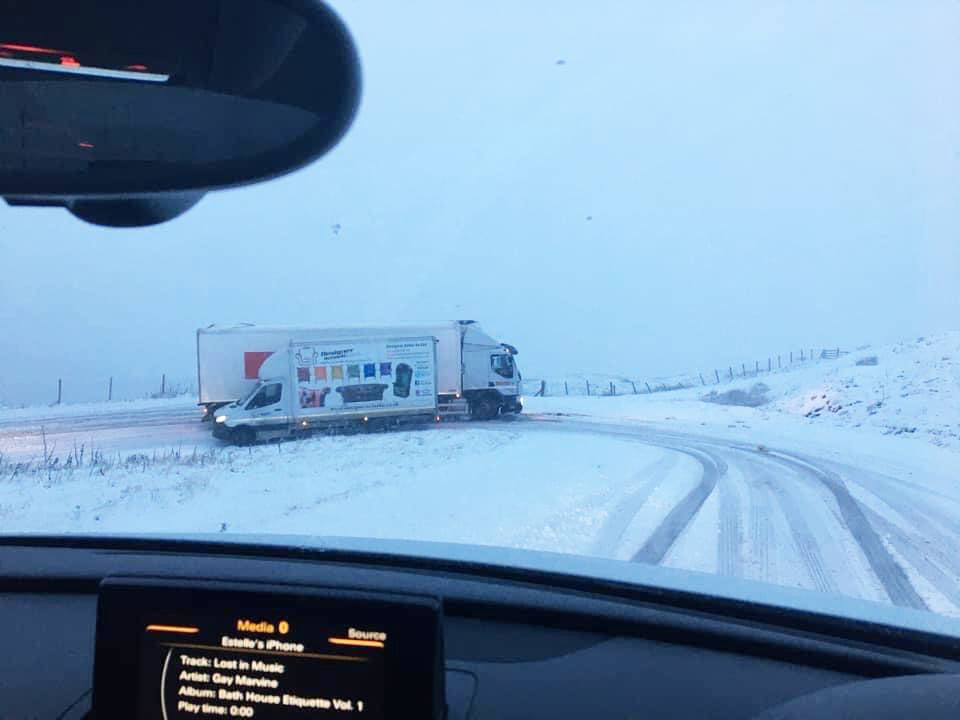 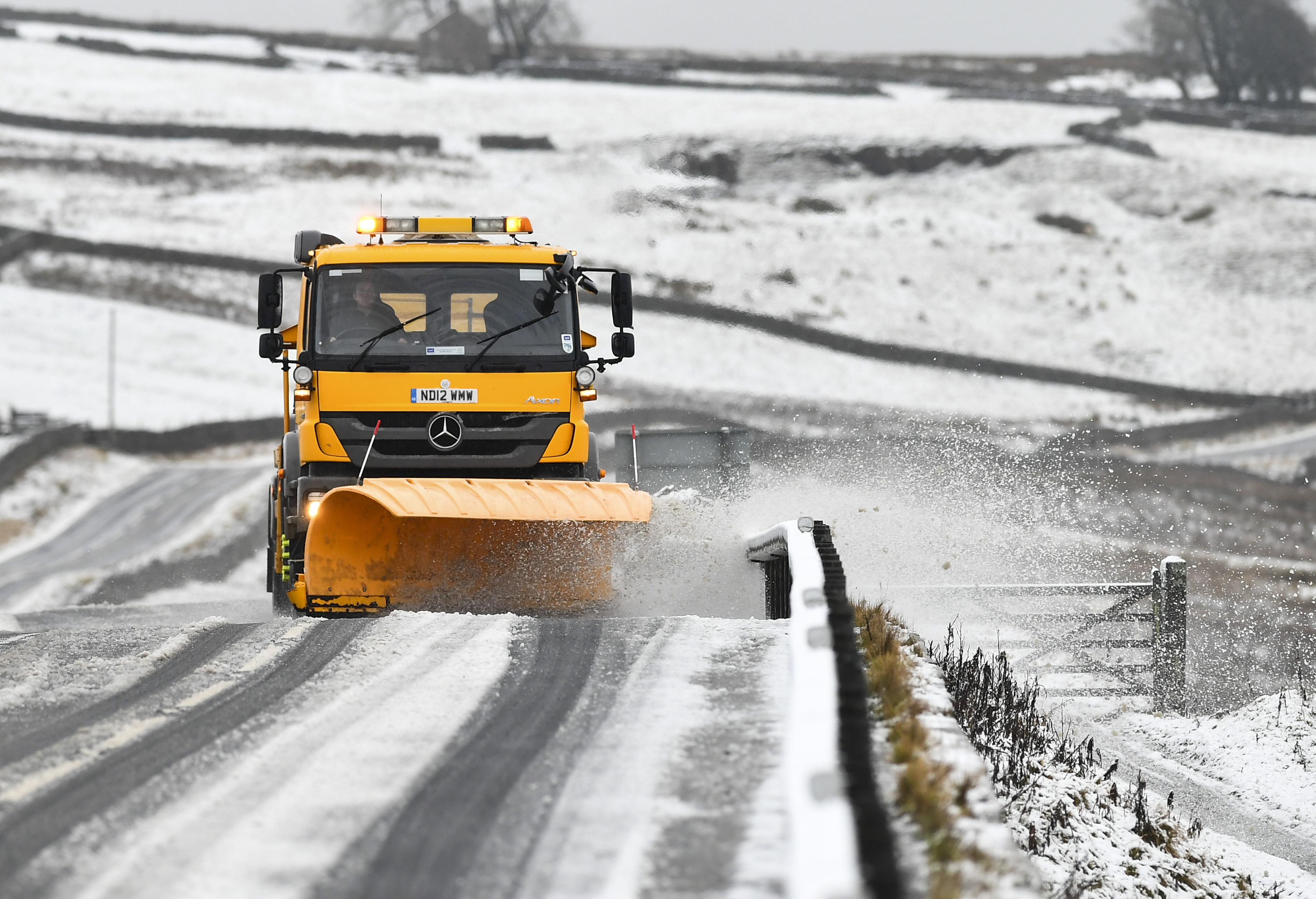 This morning several cities in the North of England woke up to a blanket of snow on the roads, getting locals into the Christmas spirit.

In Cumbria heavy snow hit overnight blocking main roads, including the A686 Hartside to Alston route which saw a lorry skid on the icy roads.

In Lanehead in County Durham snowfall was so severe that ploughs were sent out to keep the roads open.

They said: “Wintry showers will give a risk of icy patches and snow overnight into Christmas Eve, giving some difficult driving conditions.”

They have warned those affected, in Scotland and Northern England, to expect longer journey times by road, bus and train and have asked locals to be extra careful while walking and cycling on icy surfaces.

And for all parts of the UK South of Birminham a yellow rain warning is in place until Late Christmas Eve.

Disruption to travel and power is expected in the Southern part of England and Wales.

Sixty-eight flood alerts, for places where flooding is possible, are also in place across England and Wales although parts of the country have already been hit after torrential downpours.

The river Severn has burst its bank in Worcester and has now completely engulfed the city's racecourse.

In Cardiff roads, shops, homes and gardens have been battered with several inches of rainwater.

There are currently no weather warnings in place for Christmas Day but by Boxing Day wild weather will return.

A yellow wind warning will be in place for the whole of England, Wales and the far South of Scotland for two days, leading to disruption to transport and utilities.

The Met Office warn some roads and bridges may close and power cuts mayoccur with the potential to affect other services, such as mobile phone coverage. 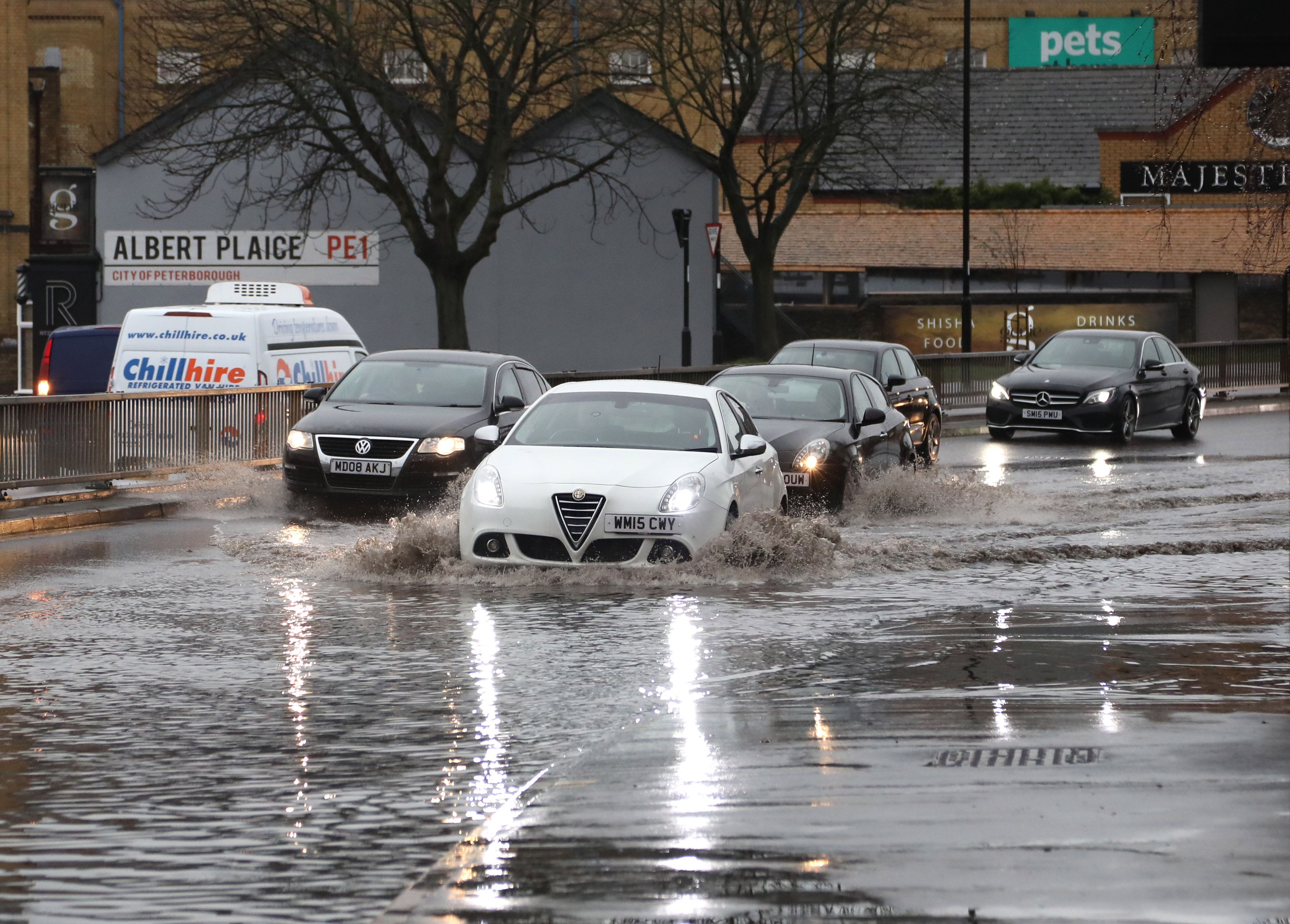 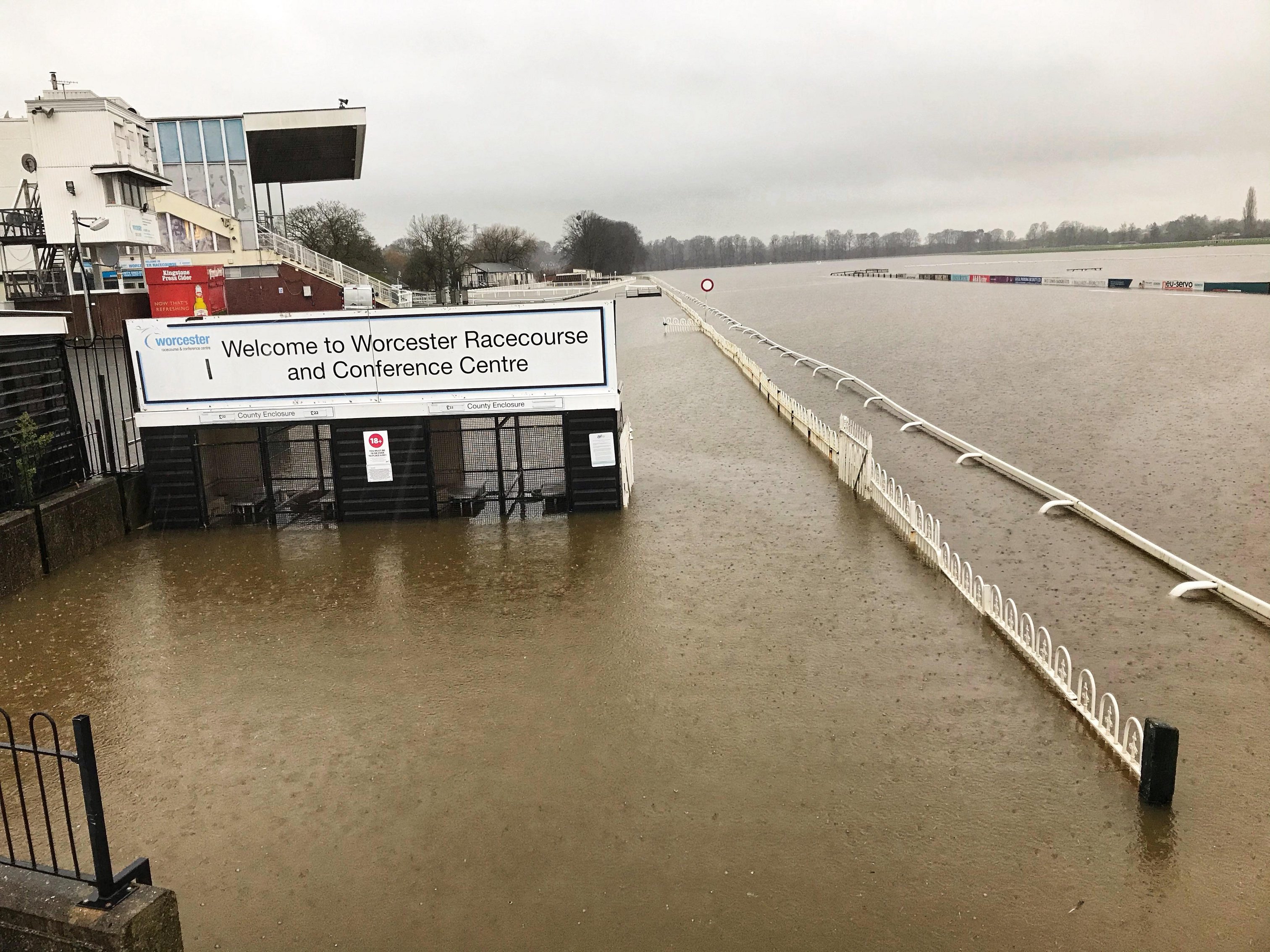 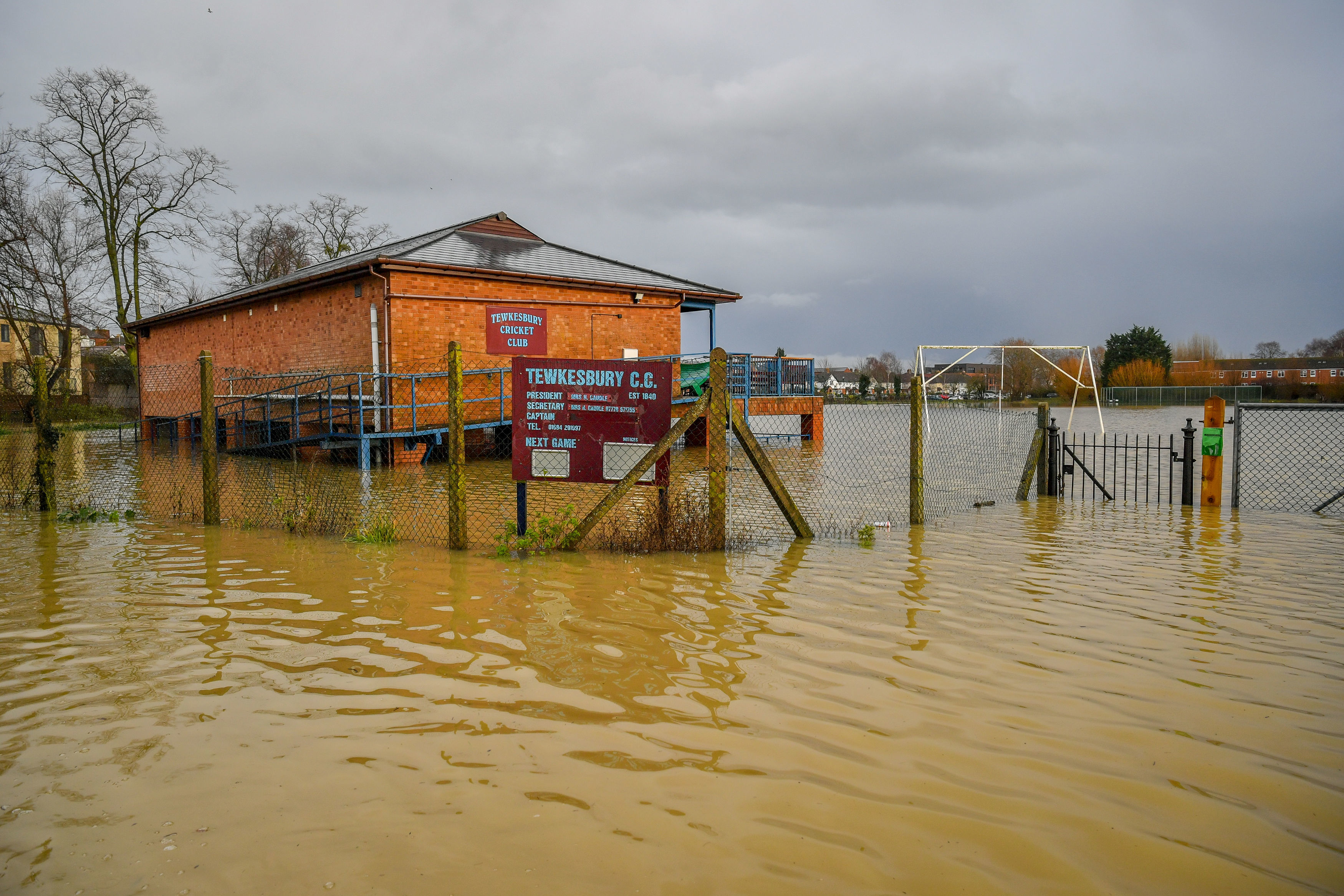 The current forecast is for a White Christmas across the country – but it may be frost and sleet rather than snow.

Although on Christmas Eve Northern Scotland will see snow showers at the moment it seems the Eastern side of England will only be hit with sleet and rain showers.

Overnight heading into Christmas day tempertures will drop as low as -5 and even -7 in parts of the country.

Temperatures will rise slightly on Boxing day but wet and windy weather is expected with in-land and coast gales.

But Paddy Power have been calculating the most likely place in the UK to have snow on the big day and Aberdeen has taken the top spot.

The odds are based on major airport locations, and Met Office reporting.

Spokesman Paddy Power said: "I'm dreaming of a quiet Christmas – although, with a house full of kids, I'm not sure that fantasy will come true.

"We haven't had much to celebrate this year but with no place to go, as the old song goes, a drop of snow would be nice." 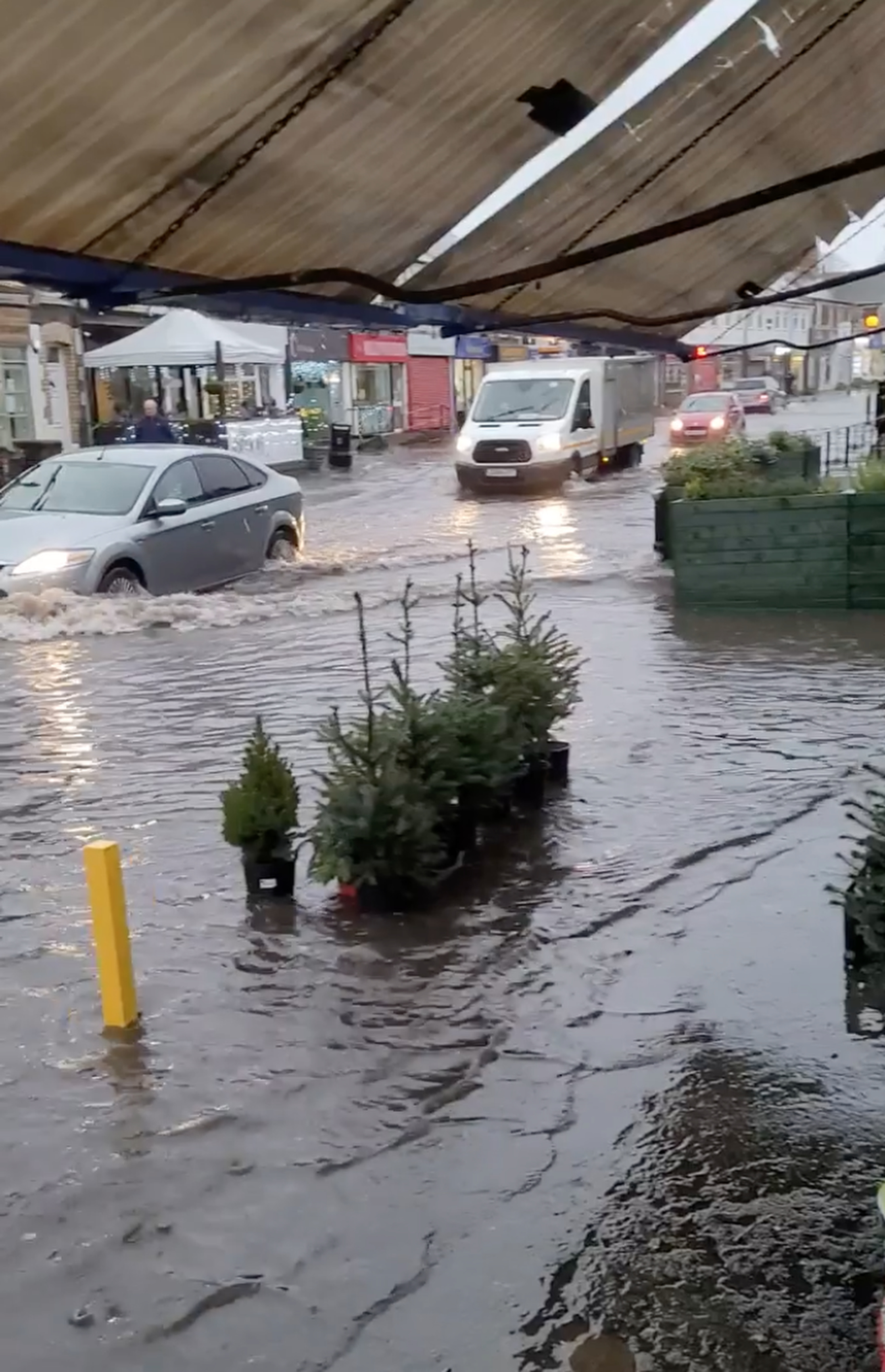 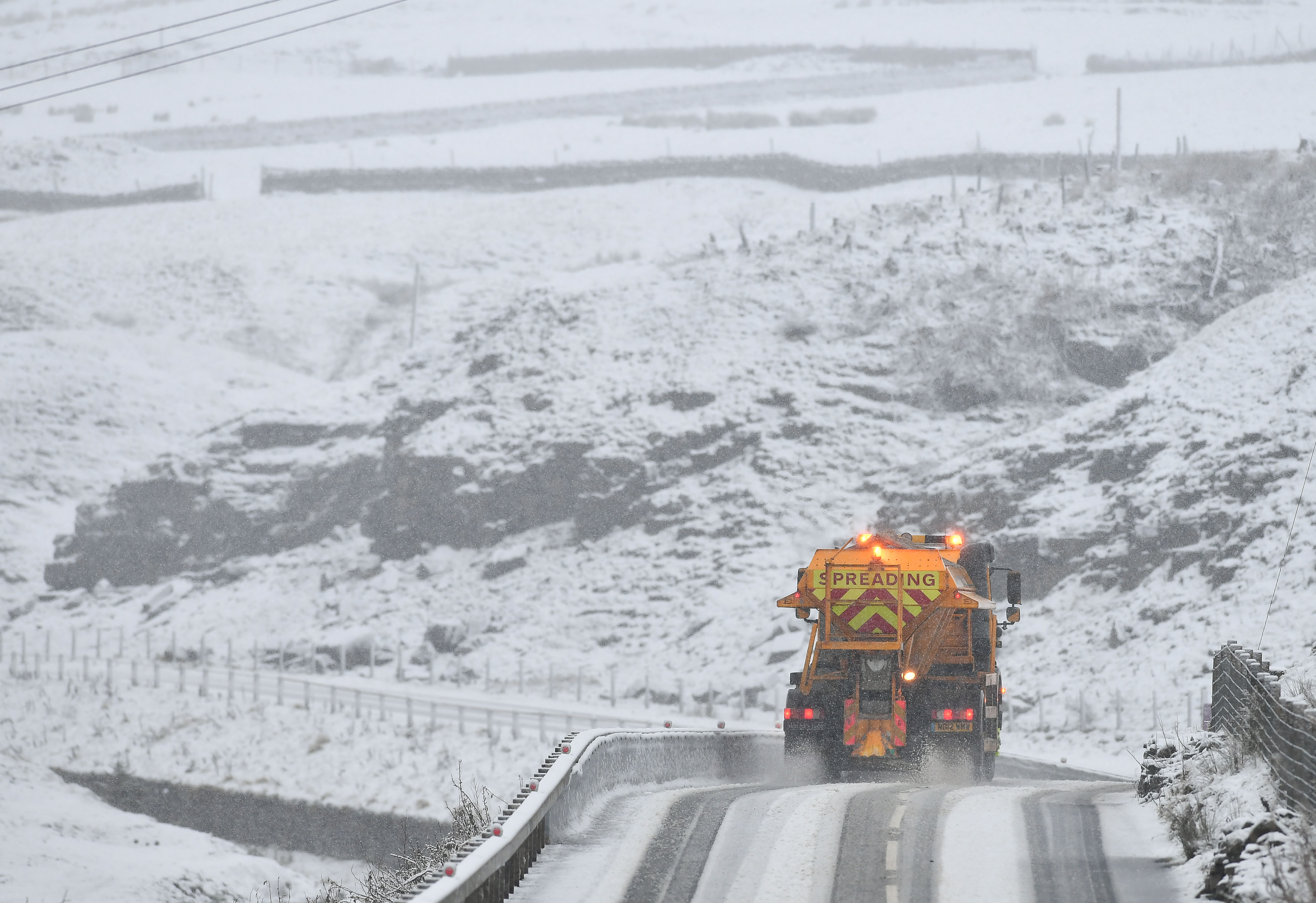