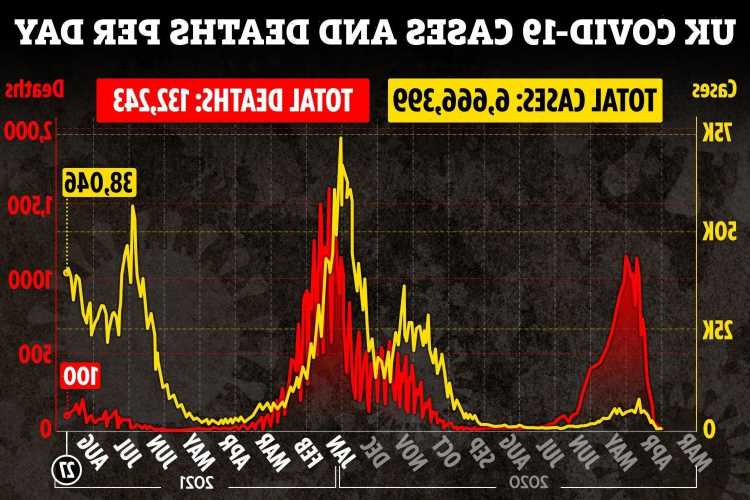 It comes as health officials brace for a Bank Holiday coronavirus surge as 500,000 Brits head to festivals and millions more on weekend breaks. 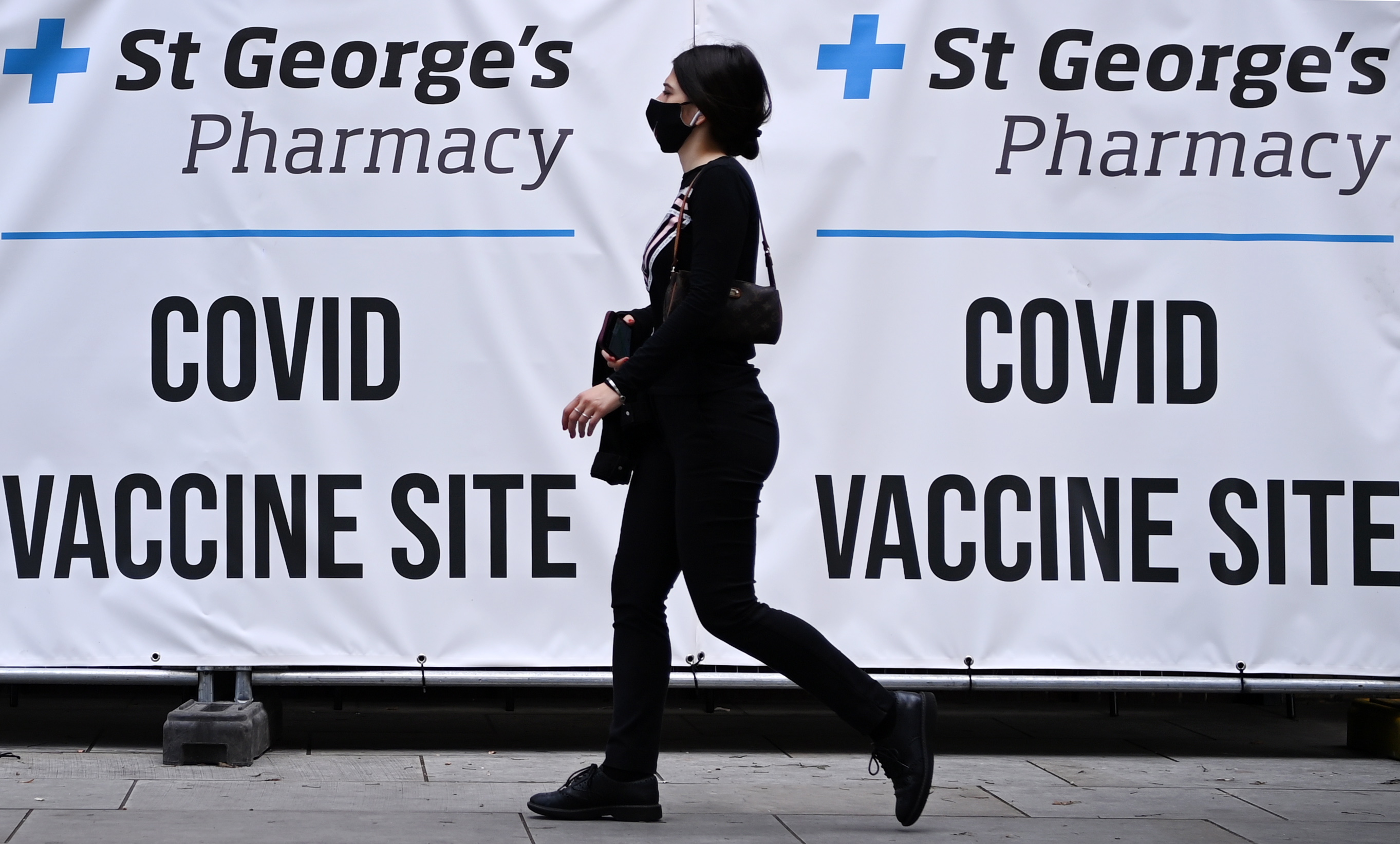 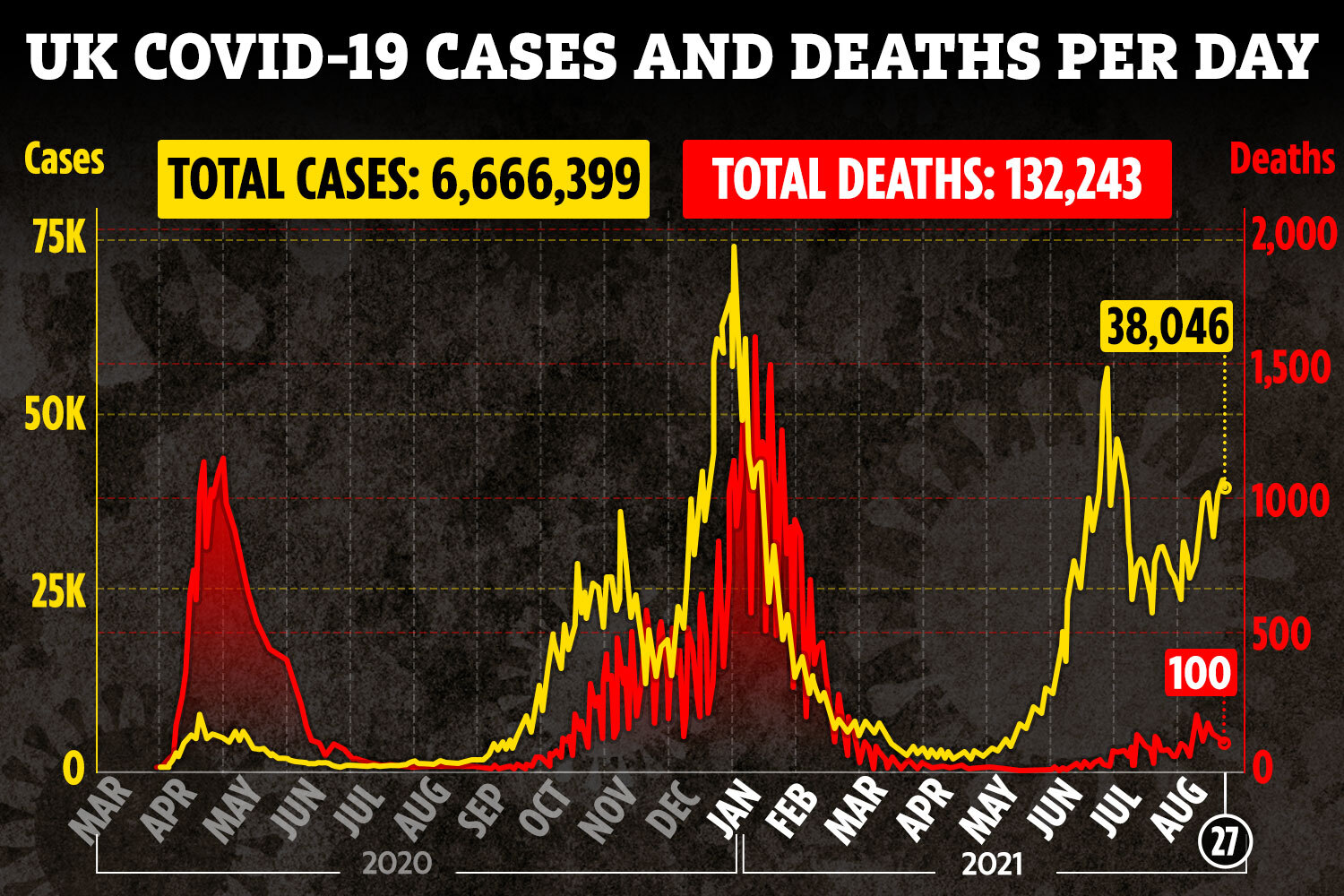 The rise in cases today saw the total number of Brits who have tested positive for the virus grow to 6,666,399.

Deaths are up almost 10 per cent over the past seven days, with the total number of fatalities since the start of the pandemic now 132,243.

But the 100 deaths recorded today is down from last Friday's death toll figure of 114.

Another 55,140 people have had their first vaccination jab, with another 144, 936 receiving their second.

It means 78 per cent of all Brits aged over 16 have had both doses of the Covid vaccine.

And 88.2 per cent of adult Brits aged 16 or over have had at least one vaccination jab.

Today's figures comes as Devon and Cornwall were hit by record infection rates among teenagers.

Case numbers have rocketed by five fold after this month's Boardmasters festival this month.

Parts of the NHS in the tourist areas warned they are facing "unprecedented high-level demand".

Council leaders have urged people to stay safe over the Bank Holiday weekend with an influx numbers of visitors expected.

The South West has the highest infection rate in England with 475 per 100,000 residents testing positive compared to England's rate of 327.6.

Rachel Wigglesworth, director of public health for Cornwall and the Isles of Scilly, said: "In Cornwall, we’ve always been trying to take a cautious approach because we’re expecting high visitor numbers.

"Our population has been cautious up to now. I think there’s a sense that everybody feels they’re on holiday now the restrictions have been removed.”

Eight festivals are being held across the country this weekend, with hundreds of thousands of revellers gathering to party.

Leeds and Reading, Creamfields in Cheshire and Victorious in Portsmouth are taking place.

And tens of thousands of partygoers are heading to Pride in Manchester.

Festivalgoers were urged to take a rapid flow test beforehand, and to stay home if they are positive. 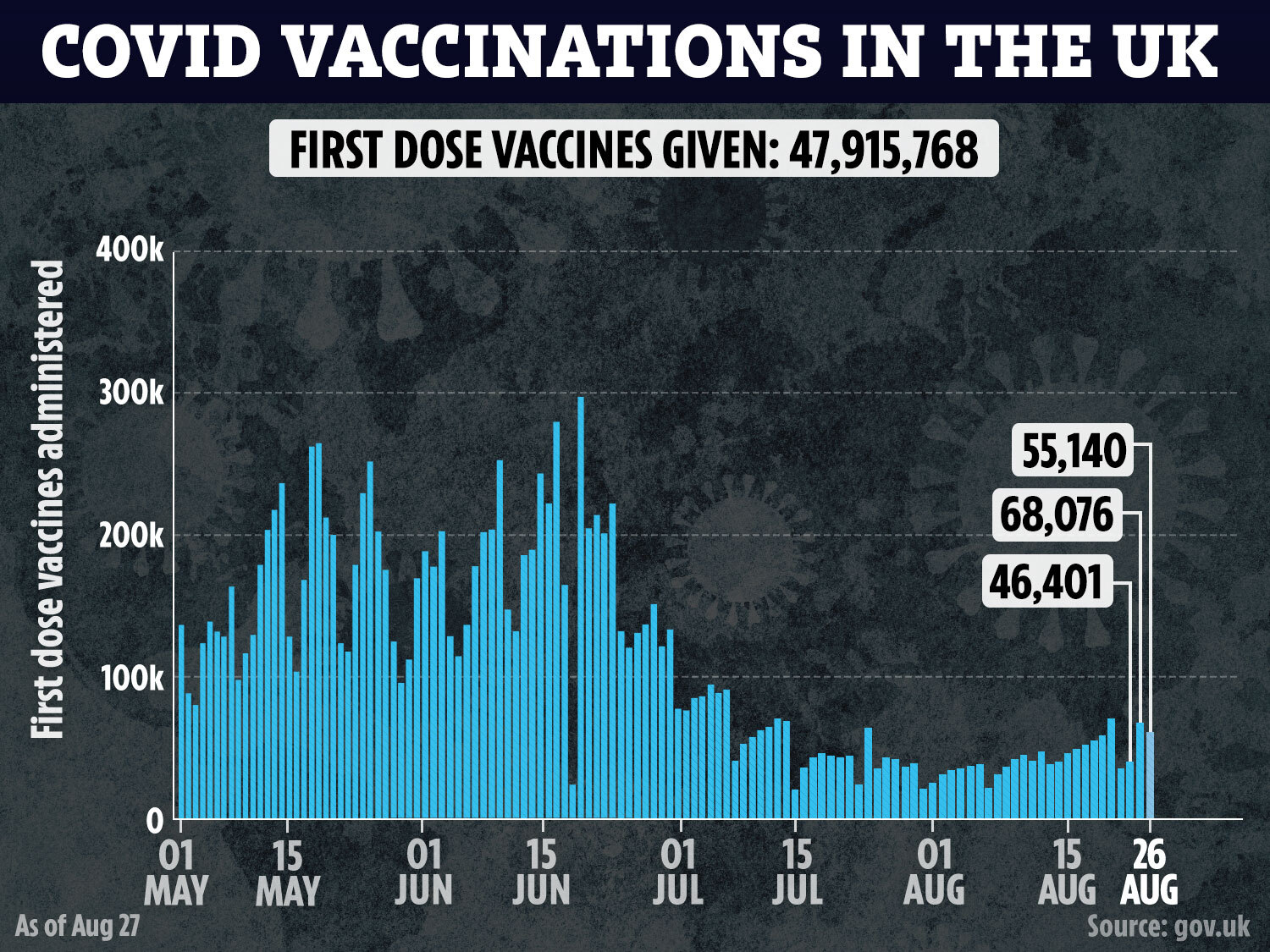 Case are set to rise "exponentially" within weeks, Sage experts have warned.

Government advisers warned infections are expected to increase after schools go back.

In the latest SPI-M-O statement from August 11, they noted: "Positivity will highly likely increase again once schools reopen in the autumn."

They added: "It is highly likely that high prevalence will be seen within schools by the end of September 2021."