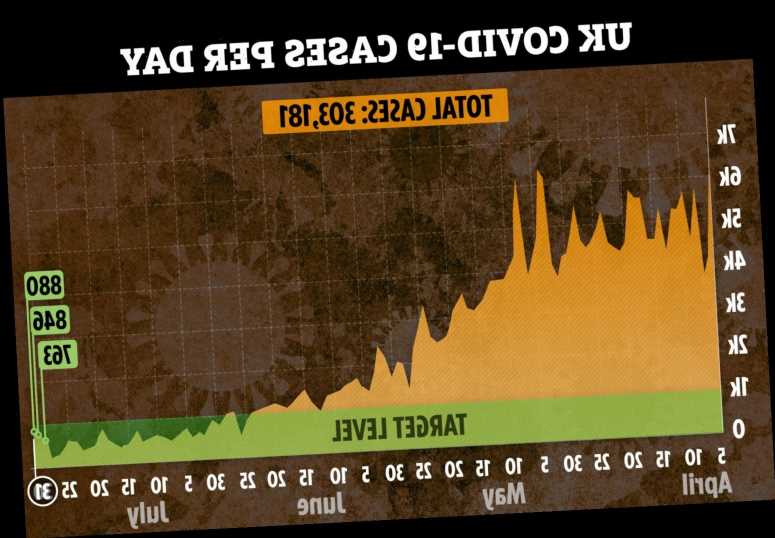 CORONAVIRUS deaths in the UK have risen to 46,119 after 120 more died – with the jump in cases at their highest for 33 days. 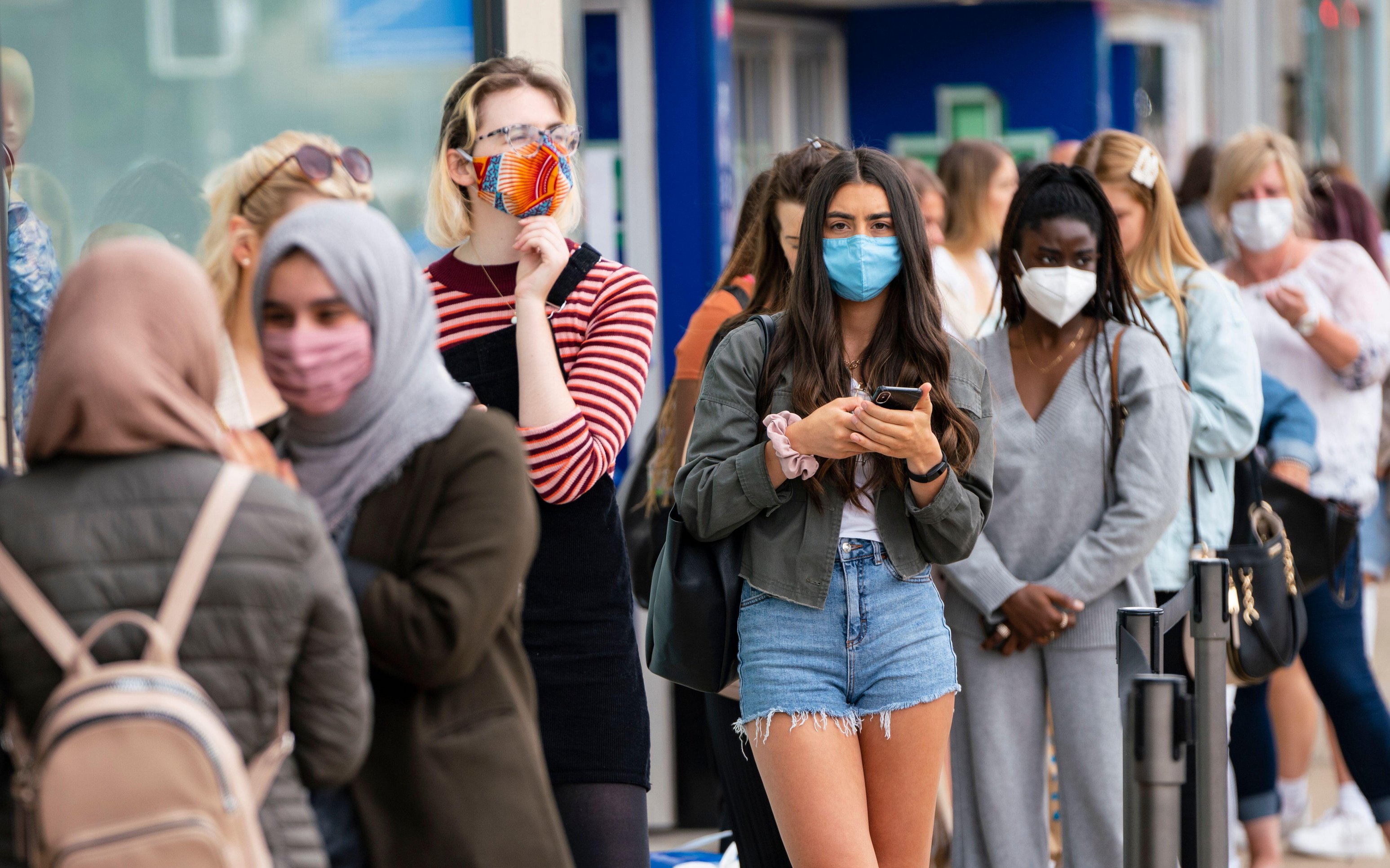 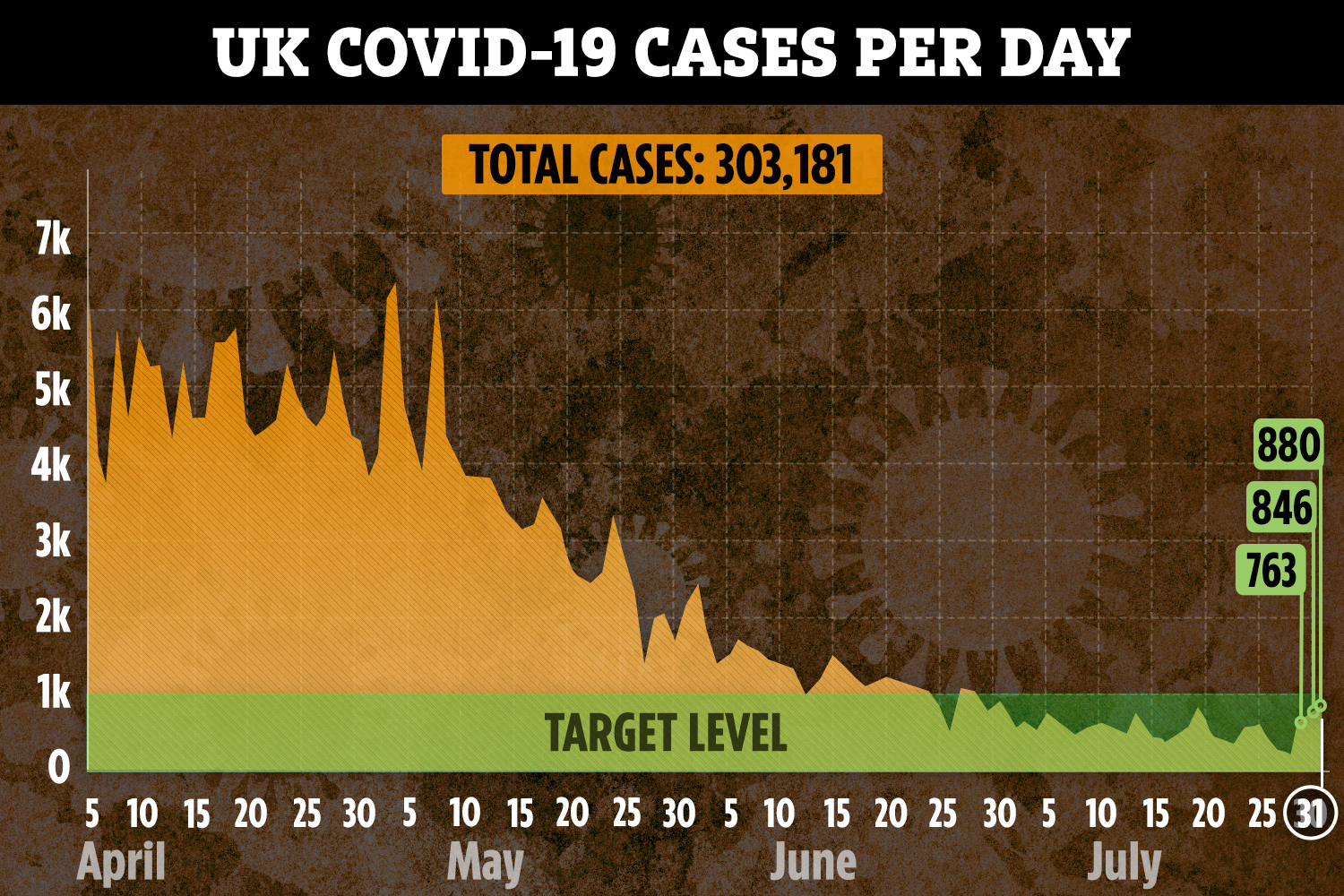 The latest grim number comes as the Prime Minister revealed there had been a 63 per cent rise in infections in two weeks.

And it is the the highest it's been in more than a month when 901 were confirmed on June 28.

Today's toll is higher than yesterday when 38 more people lost their lives to the deadly disease.

In England today, nine more deaths were recorded – bringing the total number of confirmed reported deaths in hospitals to 29,338.

The latest victims were aged between 73 and 92 years old with one having no underlying health conditions.

In Wales, a further four people have died with their total now at 1,560.

No deaths have been recorded in Scotland for the 15th day in a row, with their total remaining at 2,491.

There were also no new deaths in Northern Ireland today. 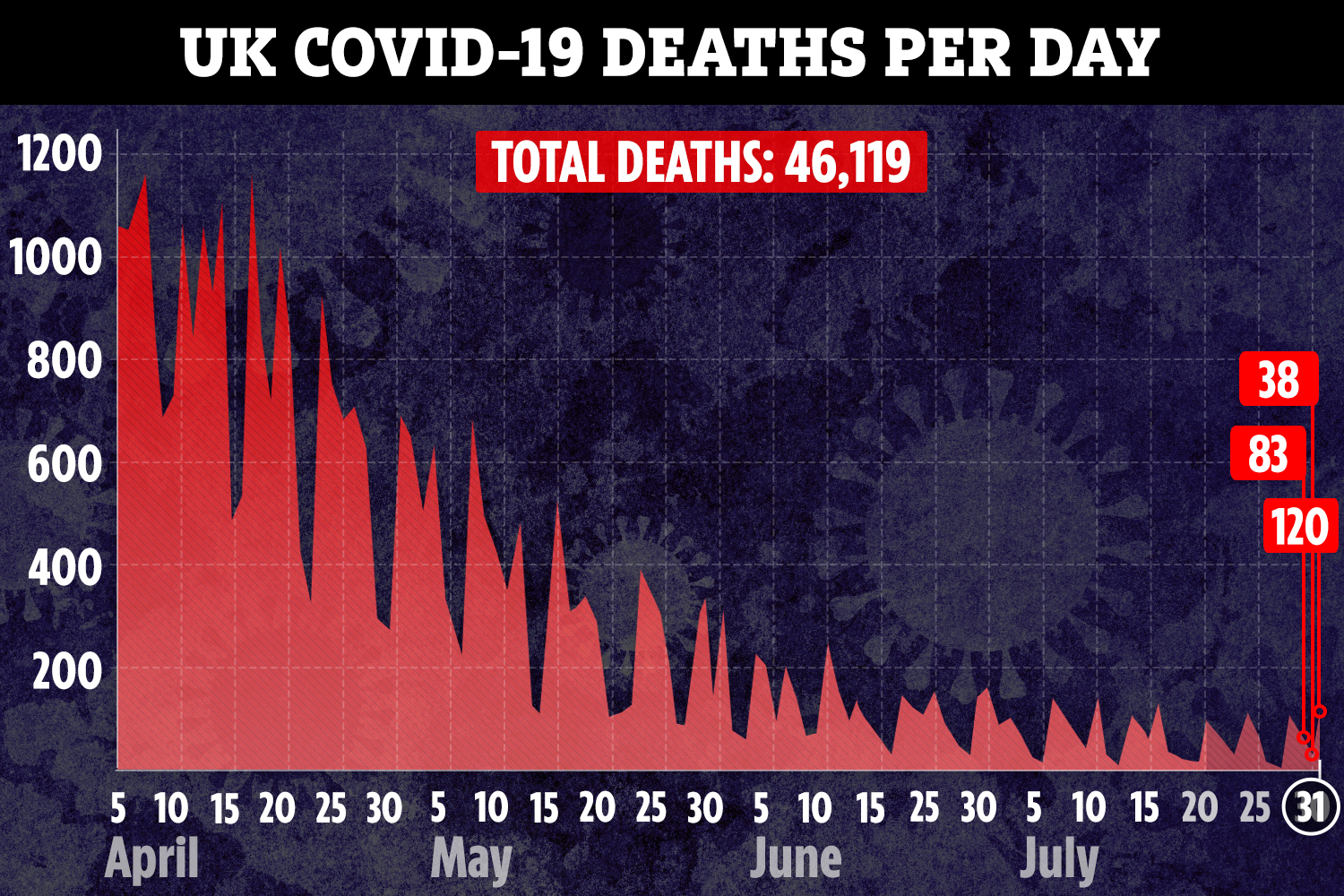 It comes as Mr Johnson today warned he could burst the bubble on friends and family meeting across the country as positive cases continue to rise.

The Prime Minister hit the brakes on easing the coronavirus lockdown – saying he wouldn't "stand by and allow the virus to cause more pain and heartache in this country".

And in a dramatic clampdown to stop the spread of the bug, he announced that most of the measures which were to be lifted tomorrow would now be put on ice for two weeks.

He also hinted at backtracking the easing of lockdown even further after new rules banning households from meeting each other in homes were announced for Greater Manchester, parts of East Lancashire and parts of West Yorkshire overnight.

Speaking from Downing Street today, Boris said: "At this stage, we are not changing the rules on social contact nationally.

"I don’t want to tell people to spend less time with their friends.

"But unless people follow the rules and behave safely, we may need to go further."

During the strict lockdown months, Brits were told not to socialise with anyone in their households.

It wasn't until the end of May that the government confirmed households could meet in an outdoor space in a group of up to six people.

But Boris today said there had been a "warning light" after new ONS figures showed 4,900 new cases recorded every day – up 63% from 3,000 per day figure on July 14 – in what appeared to be the "first rise since the end of May".

The PM said Brits needed to remain vigilant, saying: "With those numbers creeping up, our assessment is that we should now squeeze that brake pedal in order to keep the virus under control.

"We must keep our focus and we can't be complacent."