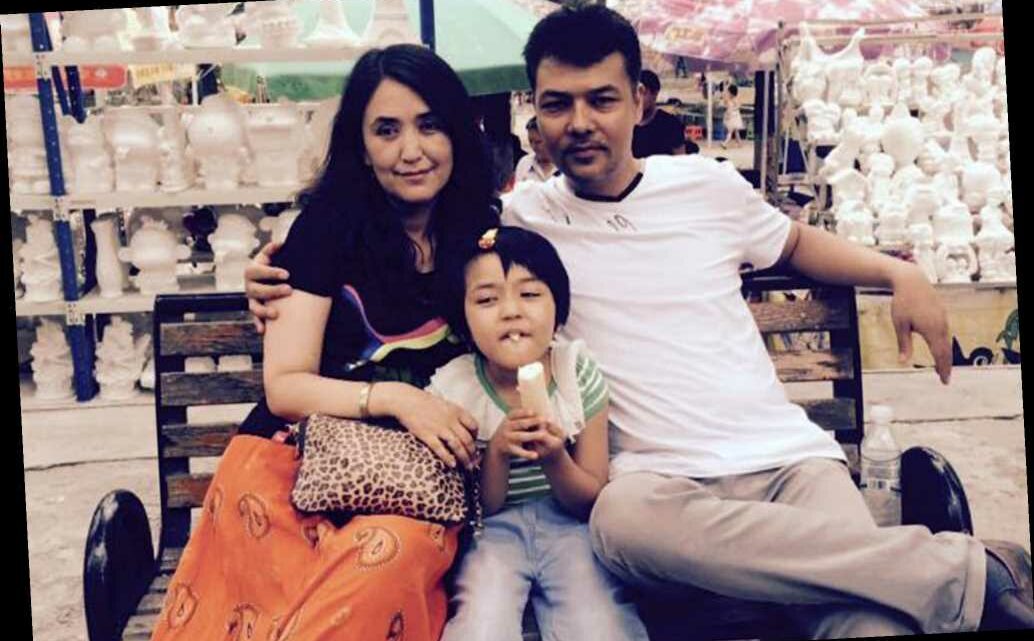 It’s been years since Tahir Imin heard from his family.

Yet the Uighur activist and academic still remembers the last conversation he had with his young daughter in February 2018.

“The last word from my daughter was that ‘father, you are a bad person,’” he recalled in an interview with The Post.

“The Chinese police are with the people, and you are against our country and our Communist Party. So don’t contact us,” he remembers the girl, then 7, saying over the phone.

Imin and his relatives are Uighurs, a predominantly Muslim ethnic minority mainly located in the northwestern Xinjiang region of China.

Since 2017, the Chinese Communist Party has carried out a brutal campaign to forcefully assimilate the ethnic group, sparking international outcry.

Experts estimate that between one and three million Uighurs and other minorities are detained in internment camps, which the Chinese government calls “re-education centers.”

Reasons for being detained can range from things as innocuous as having a long beard, wearing a headscarf, traveling overseas or installing encrypted messaging apps, according to reports.

“We believe that Uighurs are facing the most horrific atrocities since World War II,” Imin said.

“They are being subjected to torture,” he continued. “It’s a genocide.”

Known as a local cultural activist and entrepreneur, Imin left his home in February 2017, after being advised it was time to flee amid the incoming crackdown.

Officials had “started to arrest all of the influential figures, including the intellectuals, the business leaders, activists,” Imin said.

So he traveled to Israel to study at the University of Haifa, before coming to the United States in August 2017.

While he was in Israel, Imin said, police in Urumqi, Xinjiang’s capital, “contacted with me and asked me to go back to the region” — but he refused.

His determination not to bow to Beijing would have serious consequences.

When the crackdown began in 2017, Imin was already known to Chinese authorities.

He had been sent to jail and a labor camp for two years in 2005, after he wrote an article titled “Uighur Culture in Danger,” he told The Post.

“It was pretty horrific,” Imin recalled, adding he will “never forget the Chinese police and the Chinese system and how they treat me and other Uighur fellow inmates in those camps.”

He experienced, “torture and humiliation and discrimination” as well as beatings, “labor and indoctrination.”

“I can’t forget about one moment in my lifetime,” he said.

The camp he was in predated the mass detention centers, and, Imin said, “it is more horrific now.”

“The measures they have implemented against the people, as we know, according to witnesses and the media reports, that it is more horrific than I have suffered,” Imin said.

Former detainees, human rights organizations and news reports have described indoctrination techniques including waterboarding, brainwashing and other forms of torture.

A report last year also found that China has subjected minority women to pregnancy checks and forced birth control, sterilization and even abortion.

Imin said he has nightmares about the Chinese police nearly every night.

“I have a dream like plenty of police arrest me, and put me in jail, and torture me, and force me to work 14 hours a day and force me to to recite the Chinese Communist Party patriotic songs.”

Following his release, Imin focused on building a successful business — but still lived walking on eggshells.

“We keep a very sensitive mind,” about the government, Imin said.

Between 2010 and 2016, he said, the Chinese government had religious restrictions on Uighurs in place– so Imin told The Post he chose instead to promote cultural pride.

“I know if I engage in the political thing, religious thing, I would be in jail,” he said.

So he took that as a “chance to advocate for our culture” instead, even launching an annual National Uighur Day.

“We are not Han Chinese, we are not Chinese,” he explained. “We are Uighur, we have to keep our identity.”

“Just being united around our identity we can be powerful, we can develop our existence,” Imin continued, adding, “That was my goal.”

“You even — they could not say ‘Uighur,’ they can say they are Chinese,” Imin said. “There is no way to to refer somebody as ‘Uighur’ scholar or intellectual. Its [a] forbidden word.”

Imin didn’t tell his family he was planning to leave.

The day before he was set to head to Israel for graduate school, he said he hosted a party for family and friends — and that’s when he revealed his departure.

“I said, ‘I am going to go to Israel to study there. Now, I don’t know what time I will come back. But this is a goodbye time,’” he recalled.

“And all of them, say bye and my wife wants to go with me. I also want to take my family with me.”

However, at the time, his wife was a government employee and was prohibited from getting a passport, he said.

“And then everything happened one by one.”

After receiving threats from the police in Xinjiang but refusing to go home, Imin said he applied for a visa to the US.

His wife decided to divorce him as a protective measure, for fear that she would be targeted by the Chinese government as retribution for his activism.

When he started speaking out about China’s treatment of Uighurs, “the Chinese Communist Party started retaliation against my activism,” he said.

At least 28 of his relatives, including his mother, brother, sister-in-law and nephew, have been imprisoned or sent to the camps, Imin said.

“The thing that made me most frustrating and very disappointed and put me in a very strong distress was the fate of my family,” he said.

“Whatever Chinese Communist Party say about me… I know who they are. But when it comes to my family members, that was my most painful thing.”

Then came the devastating February phone call from his daughter, who he called his “most beloved person” in the world.

He’s not sure where she or his ex-wife are now, but has heard that they still live in the Xinjiang capital under strict surveillance.

“I know from the people who told me that they are suffering, like interrogation,” Imin said. “Sometimes they take her to the prison to the detention house for a week and then let her back.”

Now based out of Washington D.C., Imin is continuing his activism work and speaks to news organizations about China’s treatment of Uighurs.

He said it feels like Beijing “forced me to act on behalf of my people.”

Still, he’s racked with doubt about whether speaking out is the right choice, saying he has previously considered suicide might be a better way to end his family’s plight.

“I have been trying to do something for my people for my family but… it kind of punished them just for my activism,” Imin said. “So I am feeling strong guilty every day.”

Keeping him going is the hope that he’ll one day see his daughter again and that his family members will be released.

“My family and my people without my help,” he said, “they need my voice. I have to do something for them.”