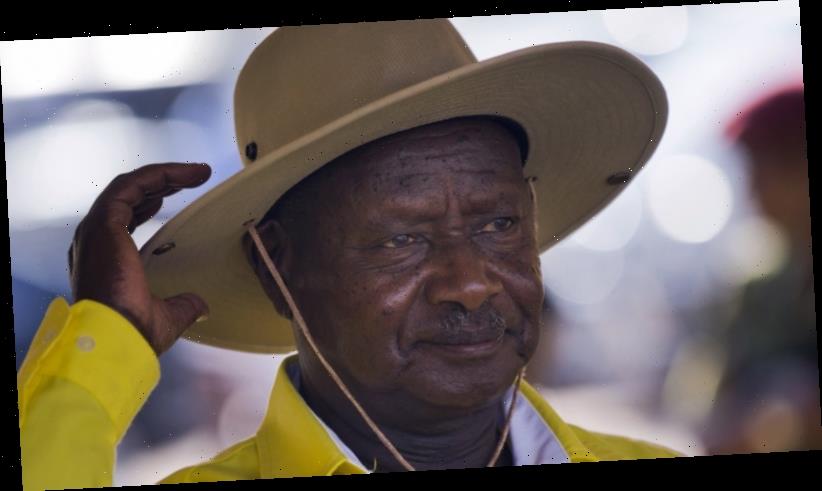 Users complained on Tuesday that they were unable to access Facebook and WhatsApp, social media platforms being widely used for campaigning by all sides ahead of Thursday's election in the East African country. 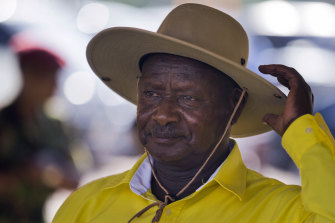 In a letter to internet service providers dated January 12, Uganda's communications regulator ordered them to block all social media platforms and messaging apps until further notice.

Campaigning ahead of the vote has been marred by brutal crackdowns on opposition rallies, which the authorities say break COVID-19 curbs on large gatherings. Rights groups say the restrictions are a pretext for muzzling the opposition.

At 38, Wine is half the age of President Yoweri Museveni and has attracted a large following among young people in a nation where 80 per cent of the population are under 30, rattling the ruling National Resistance Movement party.

Wine is considered the frontrunner among 10 candidates challenging Museveni, the former guerrilla leader who seized power in 1986 and brought stability to a country after the murderous reigns of dictators Milton Obote and Idi Amin.

While security forces have intimidated the opposition at previous elections, the run up to this year's vote has been especially violent. In November, 54 people were killed as soldiers and police quelled protests after Wine was detained.

On Tuesday, Wine said soldiers raided his home in Kampala and arrested his guards while he was giving an interview to a Kenyan radio station. He also said a team member who works mainly as a mechanic was shot dead by the military overnight. 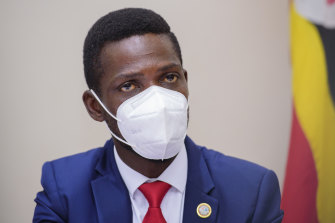 Bobi Wine, 38, is considered the frontrunner among 10 candidates challenging Museveni.Credit:AP

Reuters was not immediately able to verify the claims and a military spokesmen did not respond to a call seeking comment.

Patrick Onyango, police spokesman for the capital Kampala, denied Wine's home had been raided or that anyone was arrested, saying: "We were just rearranging our security posture in the area near his home, specifically removing some checkpoints."

A source in Uganda's telecom sector said the government had made clear to executives at telecoms companies that the social media ban was in retaliation for Facebook blocking some pro-government accounts.

Neither Ibrahim Bbossa, Uganda Communications Commission spokesman nor government spokesman Ofwono Opondo answered calls requesting comment. An aide to Minister of Information Judith Nabakooba said she was unable to comment at the moment.

The US social media giant said on Monday it had taken down a network in Uganda linked to the country's ministry of information for using fake and duplicate accounts to post ahead of this week's election.

A Facebook spokeswoman said the company had no comment on reports users were facing difficulties accessing the platform.

"Any efforts to block online access to journalists or members of the public are unacceptable breaches of the right to information," the International Press Institute, a global media watchdog, said in a statement.

Wine has been using Facebook to relay live coverage of his campaigns and news conferences after he said many media outlets had declined to host him. Most radio and TV stations are owned by government allies and Uganda's leading daily is state-run.

Museveni, 76, has won every election since the first under his presidency in 1996, though they have been tarnished by intimidation of the opposition and accusations of vote rigging.

Uganda is a Western ally, a prospective oil producer and is considered a stabilising force in a region where war has plagued some neighbours. It also contributes the biggest contingent of an African Union force fighting Islamist insurgents in Somalia.

Museveni said on Twitter that he would address the nation at 7pm local time on Tuesday.

The European Union is not deploying election observers as advice from previous observers about how to make the polls fair went unheeded, the bloc's ambassador to Uganda has said. The African Union will deploy observers.

At a news conference on Tuesday, Wine and two other opposition candidates – Patrick Amuriat and Mugisha Muntu – urged Ugandans to turn out and "protect their vote" by staying at polling stations to observe counting.