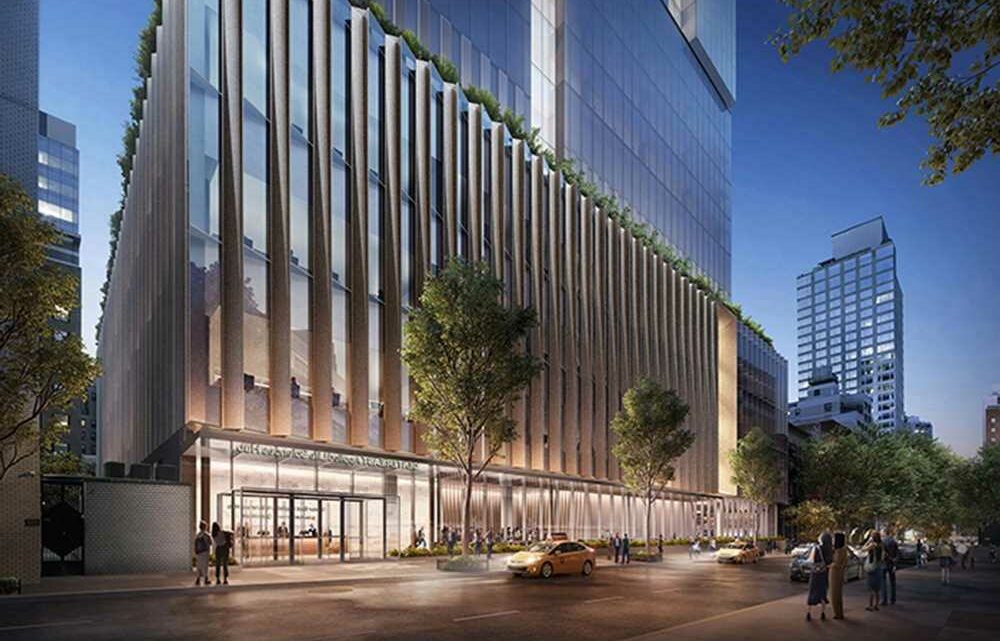 Gotham mustn’t let the Gowanus building projects get shot down

The New York Blood Center is in a bruising battle with its Upper East Side neighbors over a proposed expansion that opponents say would dwarf area buildings and include a scary Bio Safety Level 3 lab to study dangerous microbes.

The Blood Center, a non-profit blood bank and research facility, is asking for a rezoning in order to replace its 3-story headquarters on East 67th Street with a 334-foot tower most of which would be rented out to for-profit companies as a “life sciences center.”

Community residents and some elected officials said the space is much more than the Blood Center needs, would cast shadows over a neighboring school and park, and they criticized the non-profit for not initially disclosing that it would include a BLS 3 lab.

Such labs are meant for work with “agents that may cause serious and potentially lethal infections,” according to the city Health Department, which in 2016 noted “an accident in a New York City-based high-containment research laboratory could have catastrophic consequences.”

The Blood Center collects about 2,000 units of blood products a day, researches blood-related diseases, and runs a bank for umbilical-cord blood.

The lab’s existence only came to light when it was included in a slide presentation to the Friends of the Upper East Side Historic Districts.

The Blood Center countered that it has always had such a laboratory, but some opponents still question how this one will be used.

“They’ve said it’s for the blood center. They haven’t said it’s not for the commercial tenants,” said Rachel Levy, the executive director of Friends of the Upper East Side, which opposed the project.

City Councilman Ben Kallos, who represents the area, said the Blood Center has not been transparent about the lab.

“I hate to think of what they’re cooking up in there,” he said.

The Blood Center told The Post the lab will be for its use only and “is a necessary component for the research and development of new antivirals and vaccines.” It said it has used the lab for hepatitis and HIV research in the past.

The Blood Center has tried unsuccessfully for a rezoning and expansion several times, Kallos said.

He added that, about seven years ago, the de Blasio administration tried to push a land swap between the blood bank and the Julia Richman Education Complex — which houses six schools — across the street. The school building, because it borders an avenue, is not bound by the same zoning restrictions as the Blood Center’s mid-block site.

He said then-Deputy Mayor Alicia Glen told the principals at the education complex that the mayor was giving the blood center the school building “and that there was nothing they could do.”

Kallos said he and other elected officials put a stop to the plan.

The project is currently going through the city’s land use review process and will eventually be voted on by the City Council. In September, de Blasio said the proposed Upper East Side rezoning among others was “really important for the future city.”

“The mayor is pushing this because life sciences is the buzz word of the day. They want to get more life sciences jobs,” said Martin Bell, a neighborhood resident and project opponent. “This project won’t be ready for six years … no one knows if they’ll be life sciences companies interested.”

Robert Purvis, the Blood Center’s executive vice president and chief of staff, said it wanted to be in the “life sciences center” because “commercial and academic collaborations with life science companies and other research institutions are essential to bring its discoveries to patients as new vaccines, products, drugs and treatments.”

“We hear the community’s concerns, and we are committed to working together to bring this proposal to the Upper East Side,” he said.

The non-profit is a $500 million organization that has bought blood banks in Rhode Island and Delaware in recent years. Its president, Dr. Christopher Hillyer, received $1.8 million in compensation in 2019, including a salary of $1,042,440 and a $600,000 bonus, its most recent tax filing shows.