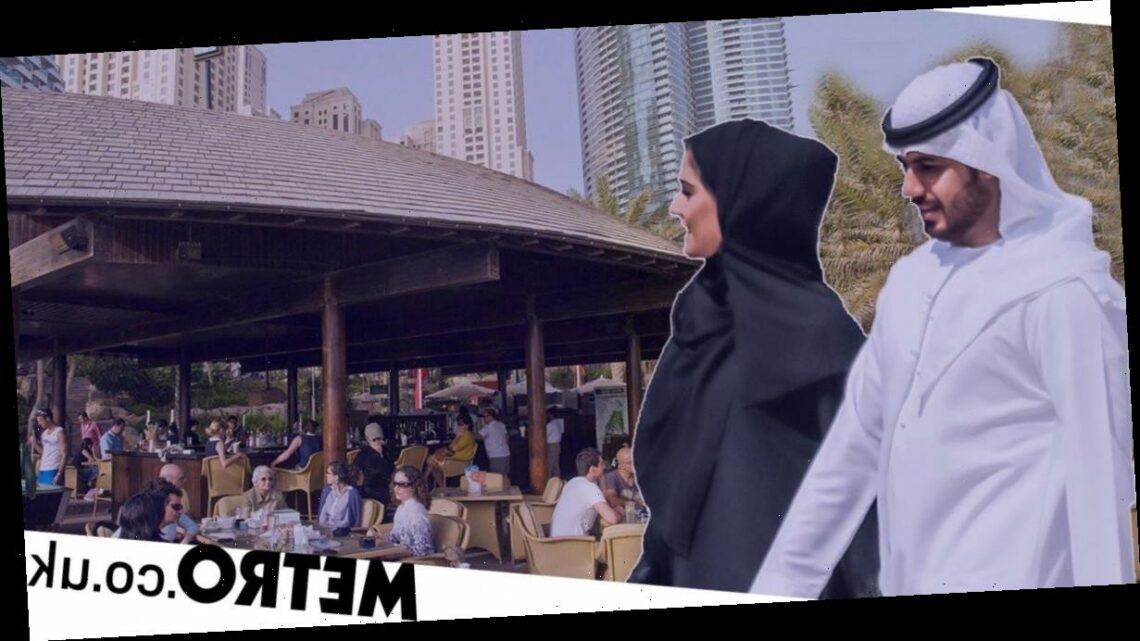 Drinking alcohol without a licence and living together outside marriage are no longer illegal in the United Arab Emirates.

The Gulf state announced on Saturday a major overhaul of its Islamic personal laws, which also aims to toughen punishments for so-called ‘honour killings’ and harassment of women.

Previously, anyone caught with alcohol or selling alcohol drinks without a licence in many parts of the country could face prosecution.

In the past, Muslims have been sentenced to up to 80 lashes for alcohol consumption, although such charges are very rarely brought on their own and are often tacked on with more serious crimes.

Similarly, having sex or cohabiting outside marriage has landed couples with jail sentences of several months or more, but authorities rarely investigate allegations unless other offences such as adultery are suspected.

Many emirates have turned a blind eye in recent years, particularly in tourist destinations such as Dubai where hotels could not afford to reject unmarried couples.

Foreigners living in the UAE will now also be able to follow their home nation’s law on divorce and inheritance rather than obey local Shariah courts – a major overhaul in a nation where migrants outnumber citizens nine-to-one.

The state-run WAM news agency said the reforms aim to boost the country’s economic and social standing and ‘consolidate the UAE’s principles of tolerance’.

They will also decriminalise ‘acts that do not harm others’.

The agency offered scant detail on the changes, although it said a law giving reduced sentences to defendants who commit crimes in the name of ‘honour’ has been scrapped.

Previously, men convicted of murdering or assaulting a female relative could often receive a lighter punishment if the victim was perceived to have brought dishonour upon their relatives.

The changes were outlined in more detail in The National, which did not cite a source but is seen as having ties to the government.

It added that men who subject women to harassment of any kind will face tougher punishment.

Emirati filmmaker Abdallah Al Kaabi, whose work has tackled taboo topics like homosexuality and gender expression, told the Associated Press news agency: ‘I could not be happier for these new laws that are progressive and proactive.

‘2020 has been a tough and transformative year for the UAE.’

Other types of behaviour permitted in the West which has landed foreigners in trouble appears to remain illegal, such as homosexuality and public displays of affection.

The change is also unlikely to affect powerful people, such as the country’s 69-year-old Minister for Tolerance who was accused of sexually assaulting a British woman at a literary festival in Abu Dhabi last month.

Sheikh Nahyan Al-Nahyan has not faced any investigation because his alleged victim, Caitlin McNamara, reported the crime after returning to the UK, and would likely be immune from prosecution as he is a member of the emirate’s royal family.

Relations between the UK and the UAE remain sour since the 2018 imprisonment of a British PhD student, Matthew Hedges, who says he was tortured into confessing that he was a spy.

I’m A Celebrity’s Jessica Plummer will miss daughter, 4, ‘more than anything’
World News